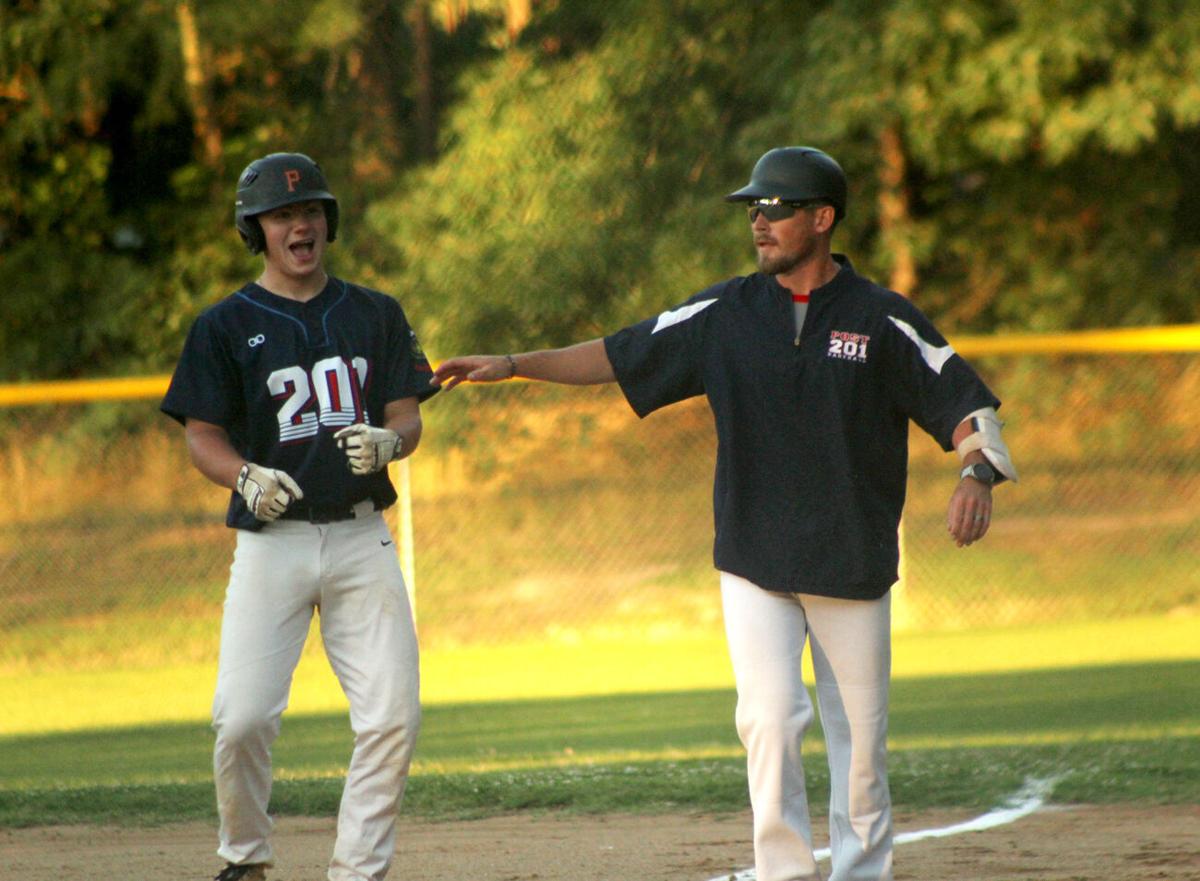 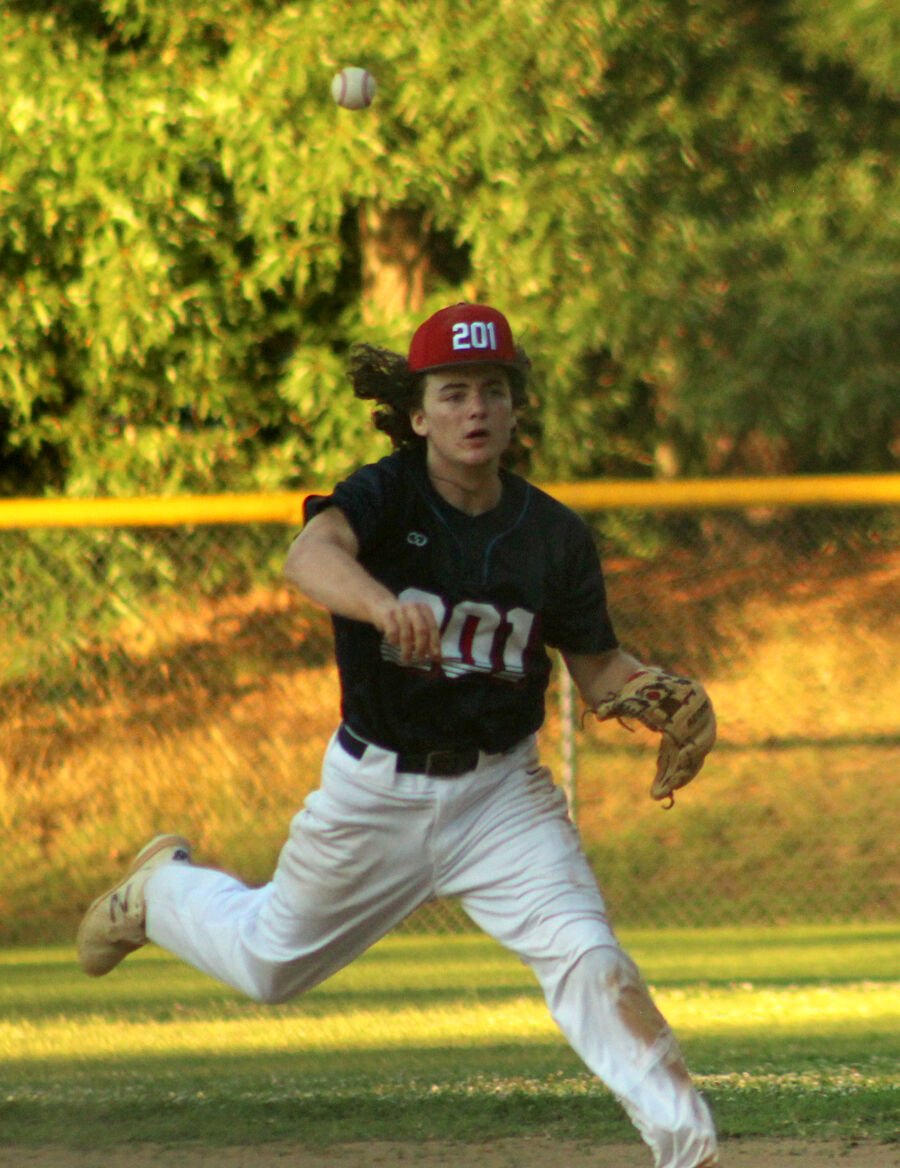 CHESTERFIELD -- For Christian Chambers, the nine-month wait to play on the baseball field had finally ended.

After undergoing Tommy John surgery within the past year, Chambers – who attends and plays for James Madison University – got to be the first batter up in his American Legion Post 201 Seniors’ summer-ball season opener at L.C. Bird High School on Thursday evening.

“It’s great just to play baseball here again,” said Chambers, who also played for Post 201 last summer. “I haven’t played nine months, and it’s exciting to be back out here. I’m sure everybody else is (excited) too, just playing summer ball just without the COVID restrictions really. It’s going great actually.”

Post 201 was still without some of its players who are expected to contribute this season, but even so, the Seniors contended in step with the home team from Post 137. Post 201 came up just shy of the victory as Post 137 held on to win 4-3.

“I think it showed we have talent,” Chambers said of Thursday’s game. “We were missing five guys tonight…I think it just shows how, (even though) we’re missing a lot of players, how good we are still.”

Chambers spoke to the importance of building up the team camaraderie.

“I think we don’t really know each other yet, so it’s getting used to the lineup,” Chambers said, “and once we have a full team – I mean, this is a very talented team, and our whole team’s not even here yet, we lost 4-3 tonight and we didn’t play very well and they had one earned run – I think we’re going to be just fine.”

“The whole thing about American Legion is that you’ve got to continue to get better as the season goes on, so at the beginning of the season, it’s all the learning phase of it,” said Post 201 Seniors head coach Eric Mead, “but as long as you’re improving all the way through, the goal is to get to postseason and be playing at your top level – you want to peak there, not at the beginning and not in the middle.”

After Post 137 led 2-0 after two innings in Thursday’s opener for 201, Talley halved the home team’s lead with his base hit to bring home Broussard, and Ethan Robinson smashed a game-tying double deep into left-center in the top of the third.

Post 137 strung together two runs on sacrifice grounders to drive in Grayson Harris, who had reached on a single in the bottom of the third, and Nic Romano, who lasered a double to left-center in the fourth, to go back up 4-2.

Post 201 cut into 137's lead again in the fifth when Kendrick Sheffield dropped a high-arching two-out flyball into shallow left field in between two fielders to plate Dawson.

Post 137 loaded the bases in the fifth, but after Yates stepped onto the mound, Post 201 turned a double play to keep the home team off of home plate.

Against one out, the visitors pressured Post 137 in the top of the sixth inning; Broussard reached first base as the groundball he had hit rolled underneath the third baseman’s attempt to scoop it up. Lucas then lined a base hit to left-center, and Dawson moved them both into scoring position on his groundout to third.

But a called strikeout for Post 137 kept the home team in the lead, and after Thomas Robinson hammered a high 2-2 pitch into left field for a lead-off single in the seventh, 137 retired the next three batters on two strikeouts and a 4-3 play.

For Post 201, Yates pitched a scoreless 1.2-inning stretch and struck out the side in the sixth.

Mead said they have a lot of depth in the bullpen, but he added: “What wins baseball games is strikes thrown across the plate and keeping the unearned runs down, and we struggled with that a little bit tonight.”

In addition to working on limiting unearned runs and walks as the season goes on, Mead said that they have to come together as a team.

“We still have ourselves separated – from Midlothian, Powhatan, Monacan – and we’re still kind of separated like that,” Mead said. “We’ve got to start coming together and meshing as 201 – not where you were from, but where you’re at.”