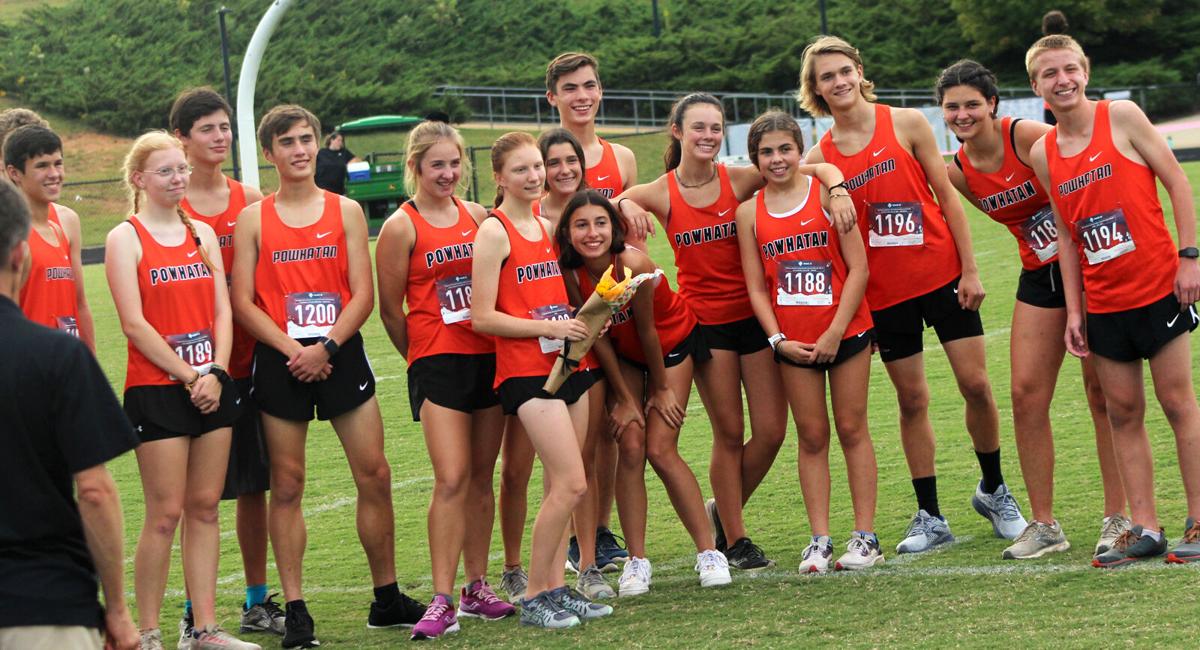 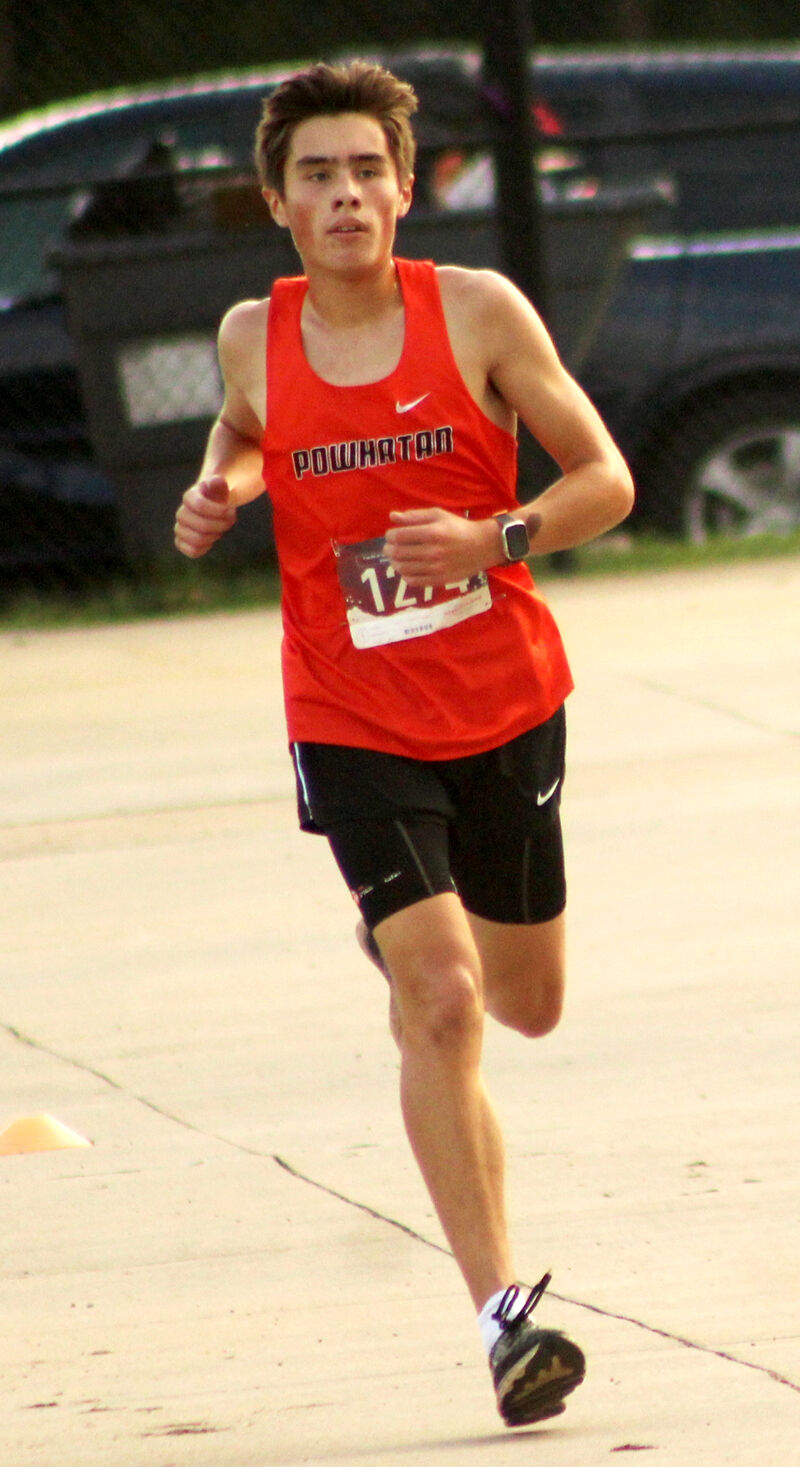 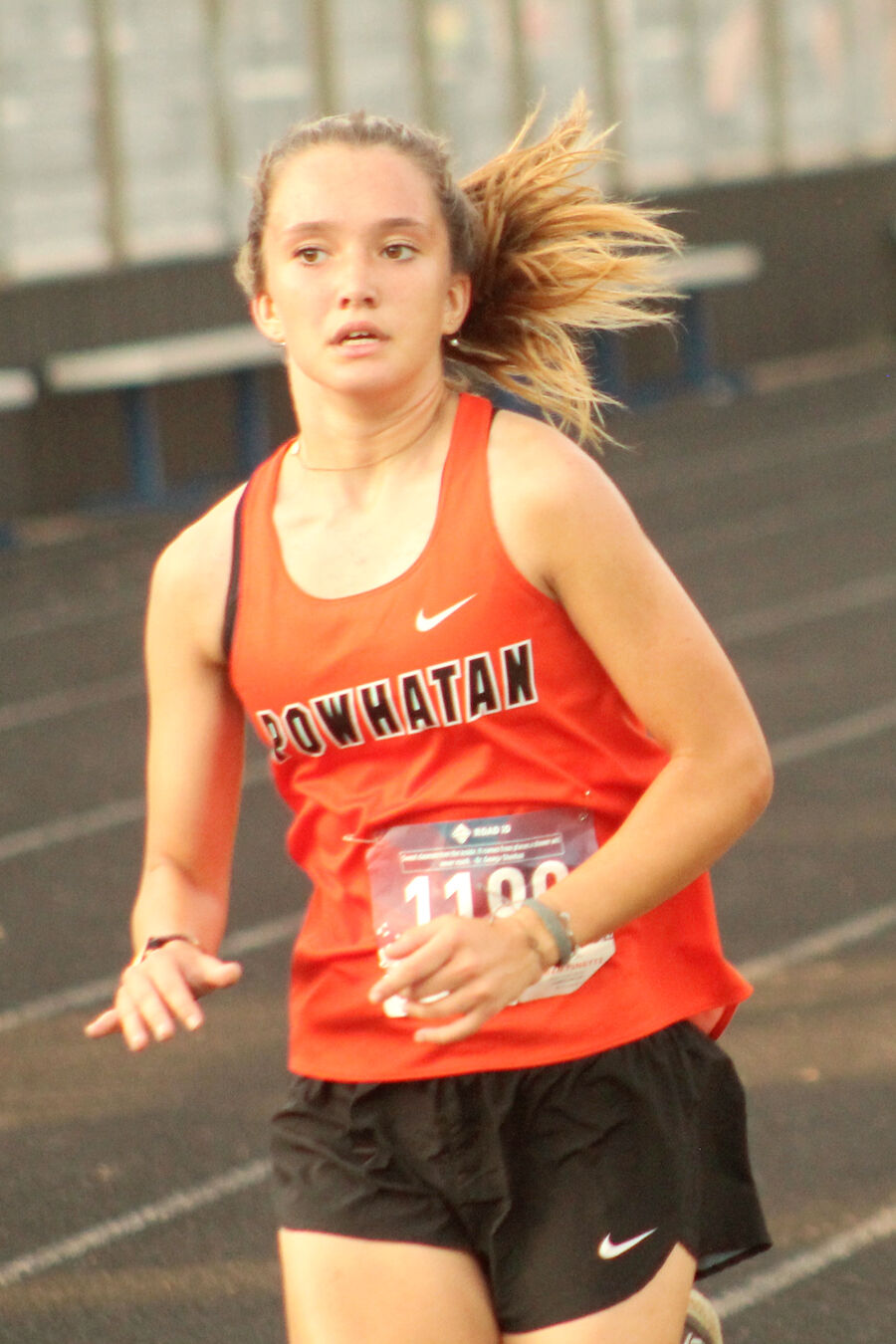 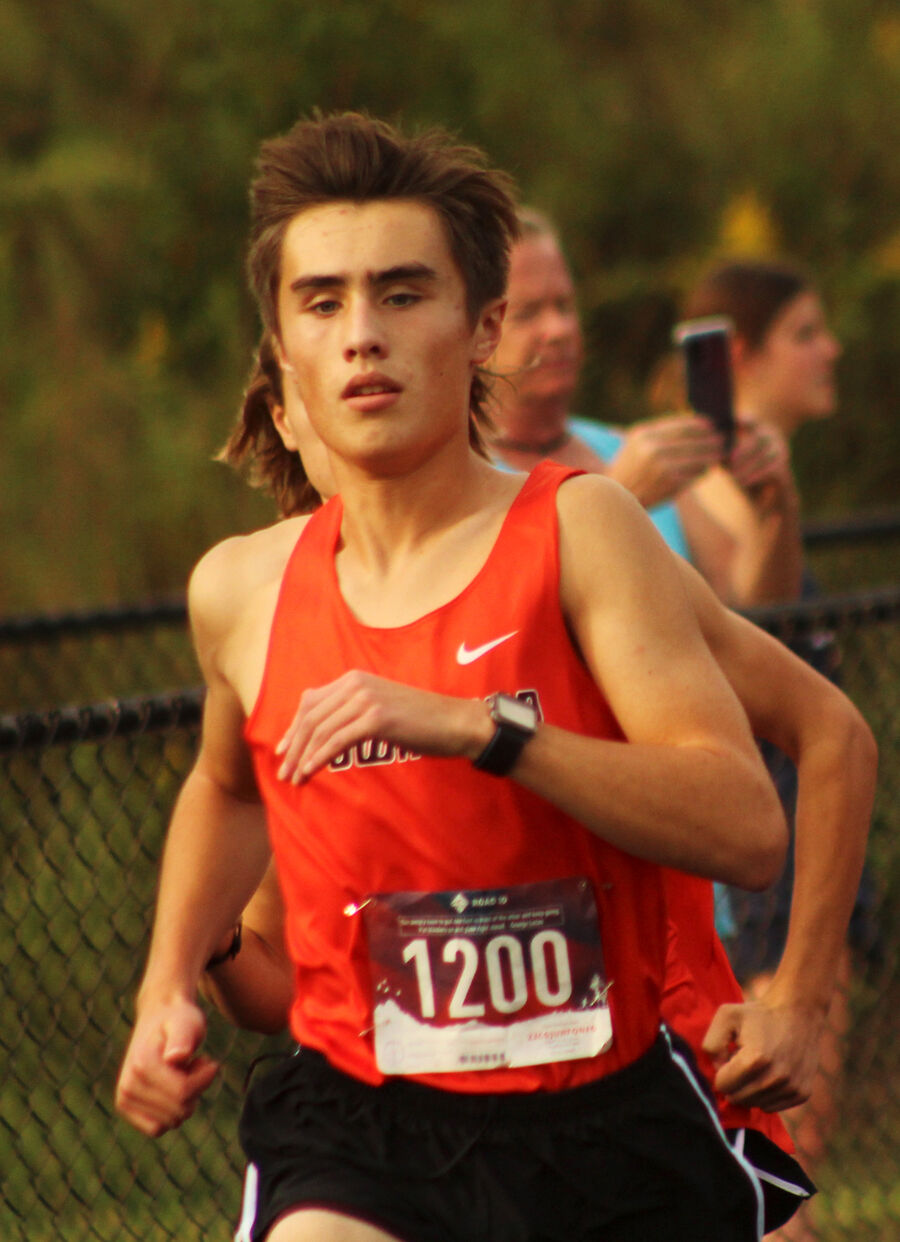 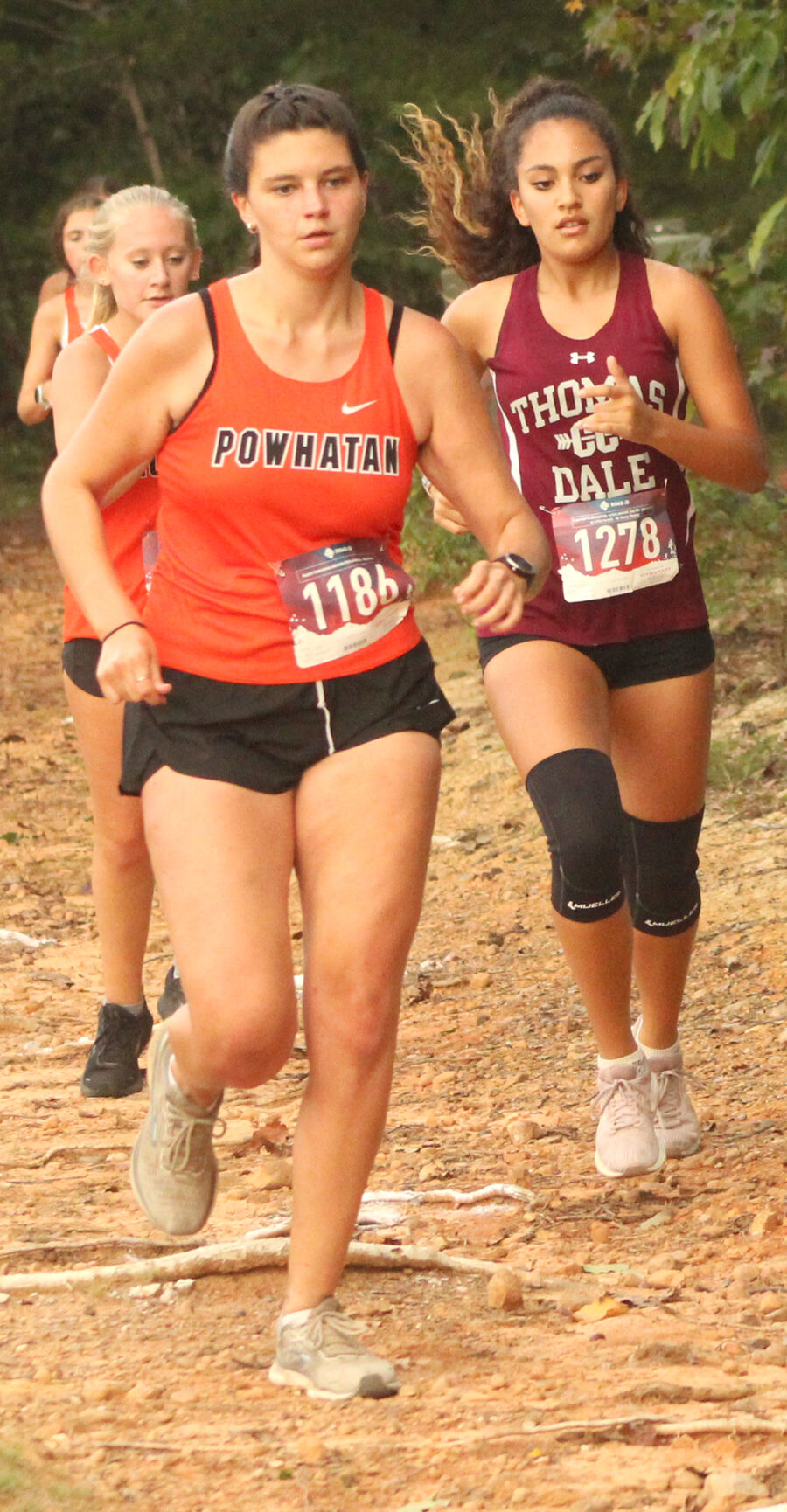 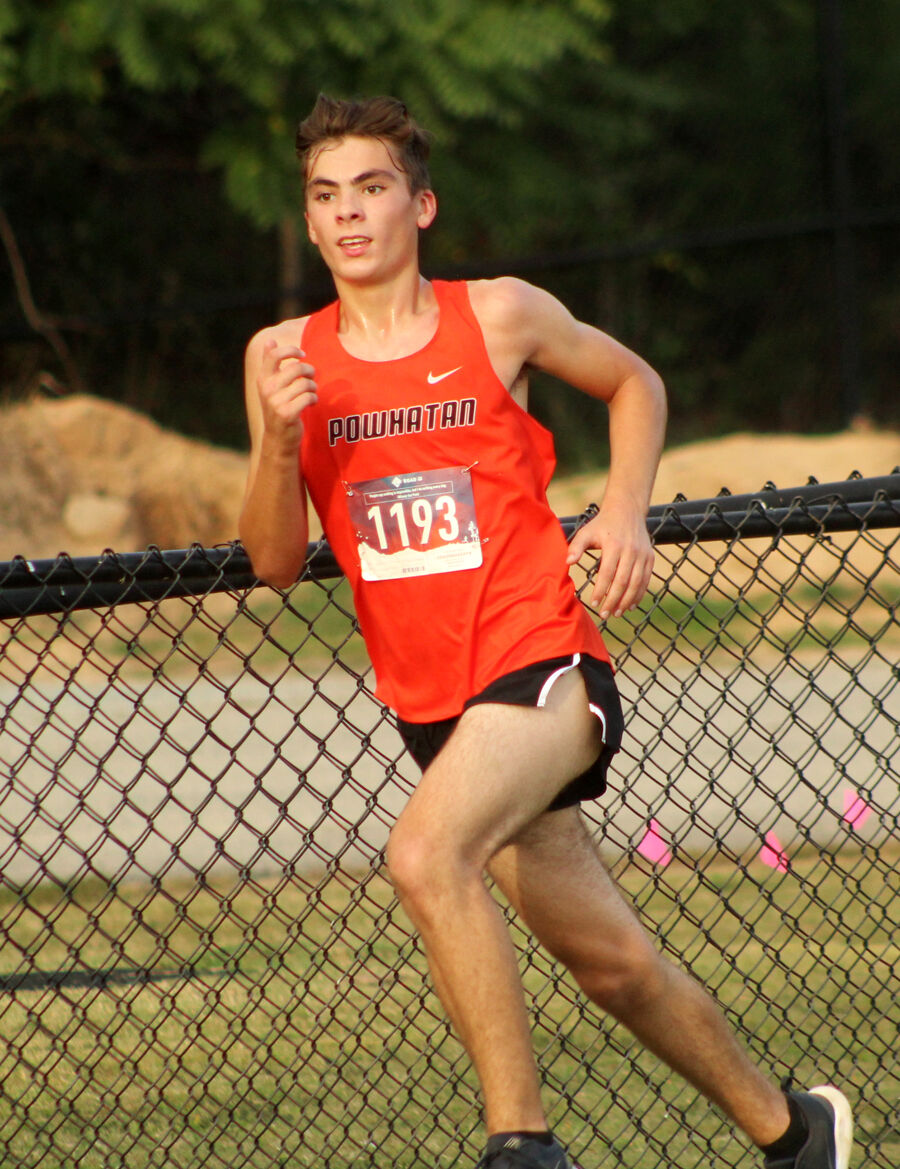 “It’s a really great feeling,” Ian said of having a strong performance at home. “I love running with all the people on my team, and this race was a really good one. It surprised me, being the way it was with all the hills and all the tight turns.”

Powhatan in its home meet hosted Manchester, Monacan and Thomas Dale. For Powhatan High School junior and team captain Raquel Iga, the home meet is her favorite meet of the year.

“It’s great – I love the team,” Iga said, adding: “We’re all really close. We go to movies sometimes on Friday nights. It’s really great. We call it a family.”

For Ian, it was a nice feeling getting first for the second time in his entire running career. He secured first place on the boys’ side in 18:22.99.

“It was a pretty cool feeling finishing,” Ian said, “and getting to see everyone else finish.”

Powhatan’s young team has been enjoying a successful season. In the freshman/sophomore races at Great Meadow in late August, Powhatan’s boys won first place while the girls took third. Individually, Powhatan swept the first-place podiums on the freshman/sophomore side with Ian winning the boys race and Weimer winning the girls race. Several of Powhatan’s runners also ran personal and/or season bests in the Adidas XC Challenge down in Cary, North Carolina earlier this month.

“It was a really cool experience,” Iga said of competing in the Adidas XC Challenge. “We were really lucky to go and it was a great team-bonding experience, too. The bus rides were really fun. Eating after was really fun.”

“I’m really proud of how our team’s been doing this year. It’s been really strong,” Ian said. “Both teams have a lot of really good runners.”

Powhatan will next compete in a meet at Panorama Farms in Albemarle County on Saturday, Oct. 9 with the current start time slated for 10 a.m.