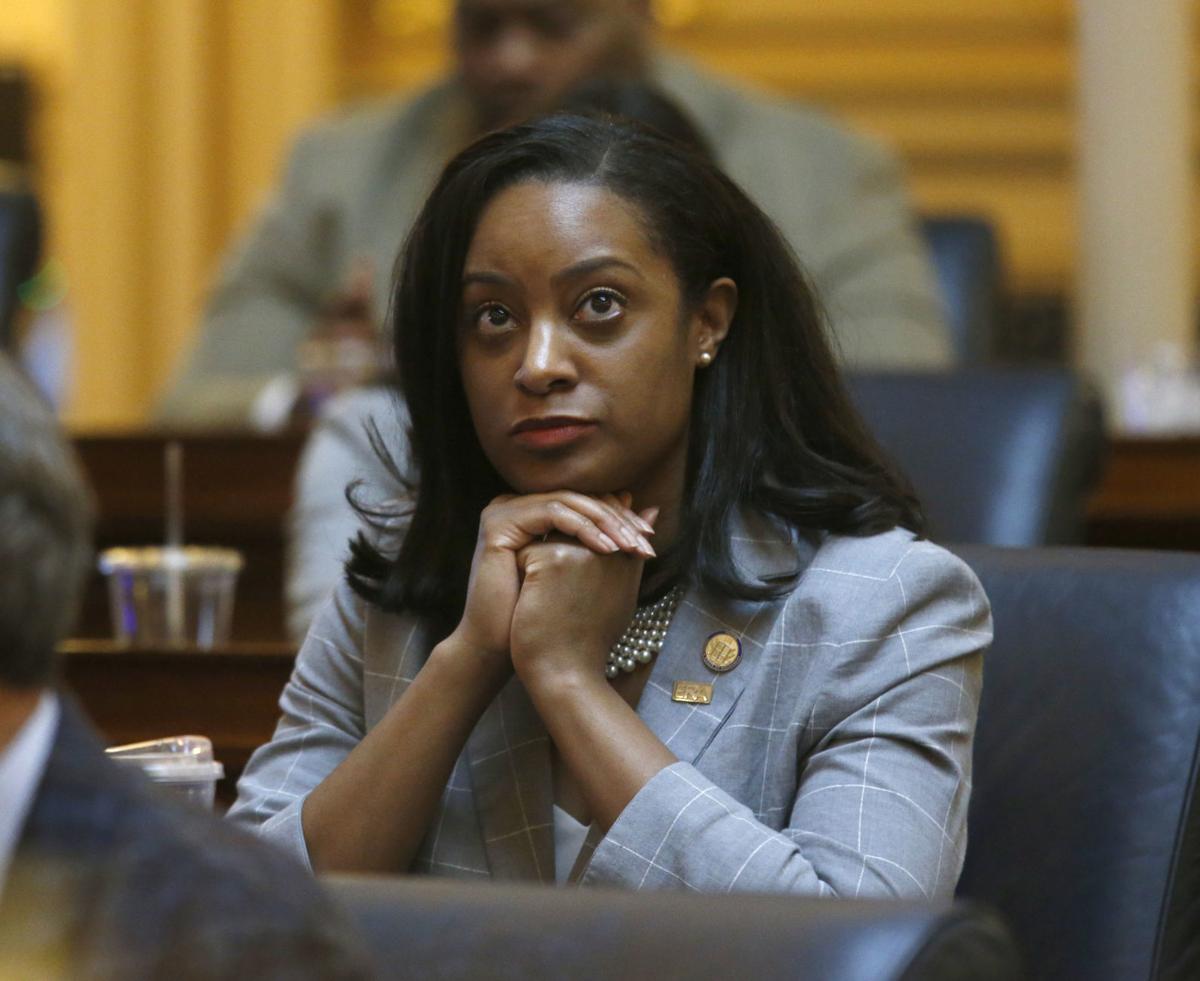 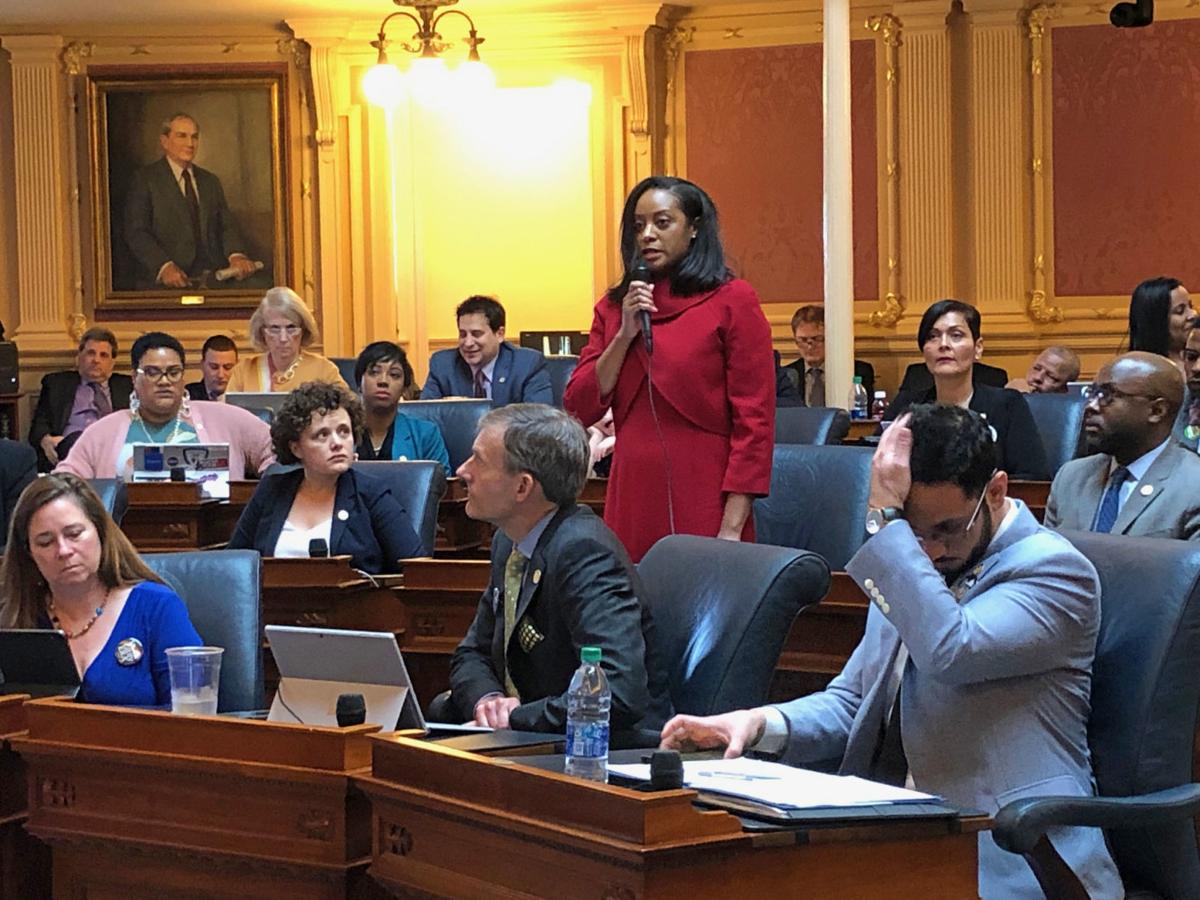 Del. Jennifer Carroll Foy, D-Prince William, on Wednesday is formally launching her campaign for governor, pitching herself as the “right leader for this moment.”

Carroll Foy, a criminal defense attorney in her second term in the General Assembly, is vying for a gubernatorial term that starts in January 2022, when Virginia, like the rest of the country, will almost certainly be working to recover from the pandemic.

As she sees it, the state’s next leader will be tasked with protecting public safety while helping jump-start the economy.

“The second job is to unify. We have to know we have to move forward together as one commonwealth,” Carroll Foy, 38, said in an interview. “I can look at every voter and say, ‘I see you.’ ”

Carroll Foy is seeking to succeed Gov. Ralph Northam, whose term expires in January 2022. Virginia is the only state in which governors may not serve consecutive terms.

L. Douglas Wilder, who held the office from 1990-94, was the nation’s first elected African American governor.

Carroll Foy is a native of Petersburg. In 2003, she became one of the first women to graduate from the Virginia Military Institute. She has a master’s degree from Virginia State University and a law degree from the Thomas Jefferson School of Law in California. She and her husband, Jeffrey Foy, live in Woodbridge with their twin boys. Jeffrey Foy is the manager of homeless services for Prince William County and the track coach at Potomac High School.

Carroll Foy says her policy views are shaped by barriers she has faced.

She was raised by her grandparents, and when her grandmother had a stroke that left her a quadriplegic, the family was forced to weigh paying their mortgage or buying life-saving medication.

As a working mother of toddlers, Carroll Foy recalls having to leave her premature boys to go back to work because she did not have enough leave. During this year’s General Assembly session she unsuccessfully pushed for 12-week paid family and medical leave for all working Virginians.

During this year’s session Carroll Foy also became a key figure in Democrats’ successful push to ratify the Equal Rights Amendment, part of an effort to guarantee equal rights for women in the U.S. Constitution. Supporters hailed Virginia as the 38th state to ratify, meaning the required three-fourths of the states have backed the measure. There is a court fight over whether it is too late, because Congress set a 1982 deadline for ratifying the ERA.

In advocating for the measure, Carroll Foy often talked about her experiences at VMI, an institution that fought to keep its doors closed to women. In 1996, the U.S. Supreme Court struck down VMI’s male-only admissions policy.

“I knew I had to go into politics because I was just frustrated because no one was speaking to the problems we were facing every day,” she said.

The delegate’s formal announcement is anything but unexpected. In early April, she filed paperwork with state election officials to register a gubernatorial campaign committee.

Carroll Foy has been actively and publicly engaging with issues the state faces as it grapples with the COVID-19 crisis, publicly sending policy suggestions to Gov. Ralph Northam and holding virtual events about how the state might address the pandemic’s ramifications.

In letters to the Northam administration, she advocated for a statewide vote-by-mail system ahead of the November elections. She also called for expanding the state’s paid sick leave program.

Carroll Foy has also sought to highlight the disproportionate impact of COVID-19 on Virginians of color, who already faced inequitable access to employment and health care.

In what is expected to be a crowded field for the Democratic nomination, Carroll Foy will almost surely be among the youngest candidates vying for the state’s top job.

Virginia has elected just one woman to statewide office. Democrat Mary Sue Terry was twice elected attorney general, serving from 1986 to 1993, the year she stepped down to run for governor, losing to George Allen.

Two other women have already signaled interest in the 2021 race for governor.

Sen. Jennifer McClellan, D-Richmond, said in March that she is “laying the groundwork” for a campaign for governor. McClellan was the chief patron of the ERA resolution in the state Senate.

Sen. Amanda Chase, R-Chesterfield, announced in February that she is running for the role of Virginia’s chief executive.