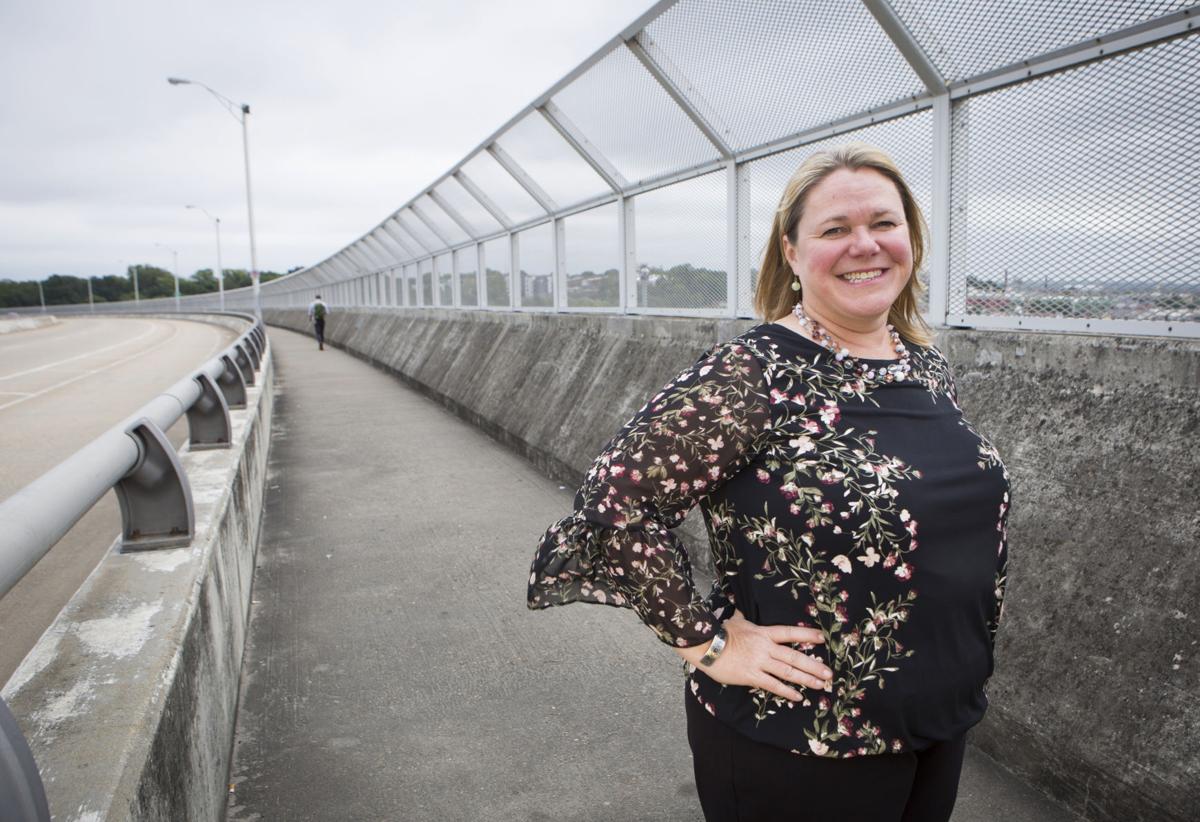 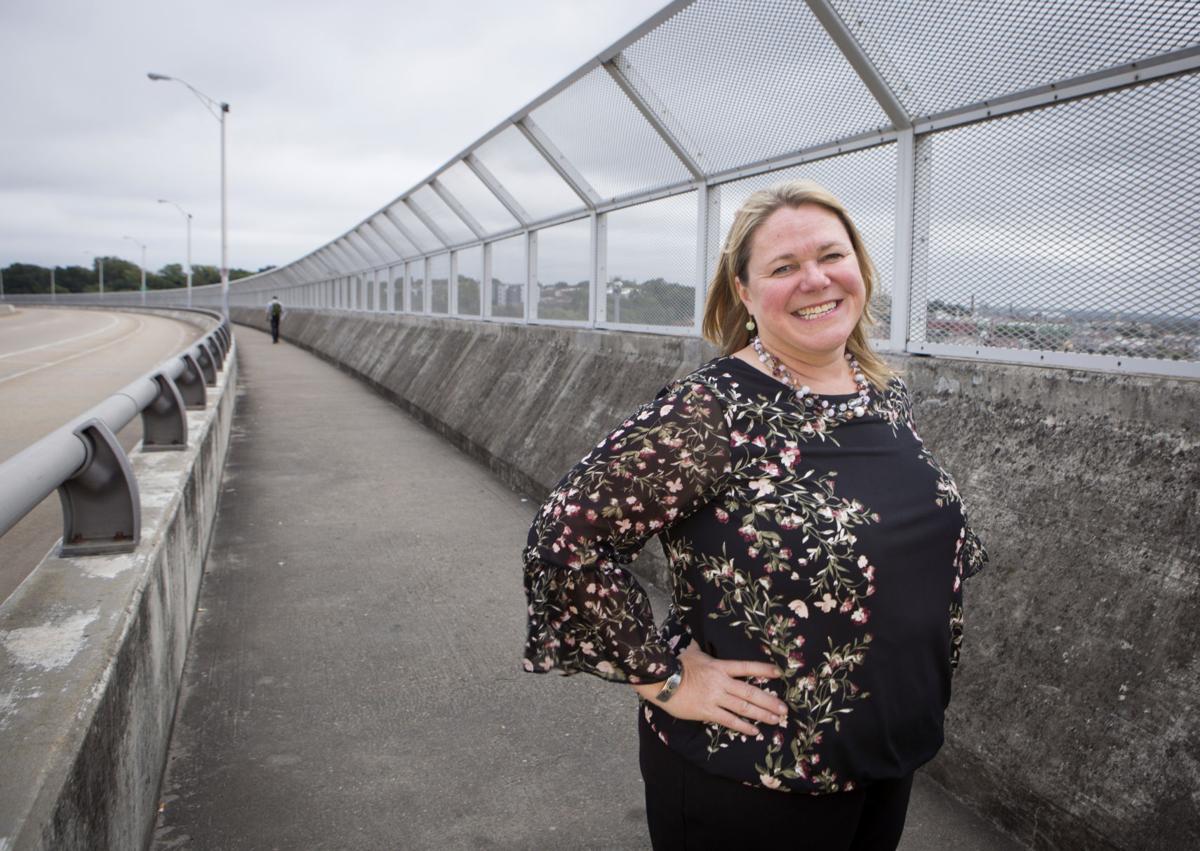 Homelessness is a stupid problem. That’s what Kelly King Horne thought when she arrived at Homeward, a planning and coordinating organization for homeless services in the Richmond region.

"Really, it’s solvable," she said. "Homelessness is a stupid problem for the U.S. to have."

Horne had worked on housing issues in Europe and the former Soviet Union with Habitat for Humanity International. She joined Homeward in 2003 after moving back to the area – she purchased a house in Chesterfield County across the street from her parents and the home where she grew up since age 8.

In 2017, Horne marks her 10th year leading Homeward as its executive director, and she knows that homelessness is a complicated issue. Yet at the core, "it's a small – but intractable, and expensive, and difficult, and deadly – problem. But totally solvable."

A national shift occurred as Horne took the reins in 2007 at Homeward, which marks its 20th anniversary in 2018. The mindset changed from how communities can help the homeless to how communities can eradicate the issue – a mission upon which Horne has been singularly focused for the past decade.

She has developed and overseen a network of partners that provide direct services to those without stable housing. Part of that work entailed building a database to track trends and spots gaps or redundancies in services. Homeward also provides education about homelessness and the delivery of services.

"Homelessness touches everything, but this is our piece. This piece doesn’t change," Horne said. "At Homeward, we’re not solving poverty, right, but we can be the inspiration to other groups tackling big, difficult issues. We’re a proof point. If we can do this, we can do other stuff. We can do hard things."

Richmond has earned national recognition for its response to homelessness. The region has reduced the number of people experiencing homelessness by 42 percent since its peak in 2009, and it has lowered the average time it takes to get a person housed from a year to 45 days. Virginia is the first state to functionally end veteran homelessness.

“Having Homeward, which is extremely competent and data-driven, spearheading the effort, the Richmond continuum has reached national prominence," said Beth Vann-Turnbull, executive director of Housing Families First, one of Homeward's partners. "That success rolls into the communities being served."

During this past summer's point-in-time count, when volunteers check shelters, parks, street corners and underpasses to identify the number of homeless in the region, a total of 606 adults and 56 children were counted. Compare that with New York's 59,000 people who sleep outdoors, Horne said. Or Seattle's 5,000.

Horne's ability to point out trends with facts, rather than finger-pointing, and show where they intersect with other sectors (such as health care or law enforcement) has earned her the esteem of those she works with. And her enthusiasm gets others to jump on her bandwagon.

Her fast-talking, get-to-heart-of-it way gets people nodding along and raising their hand to help.

“I think one of my gifts is to be able to identify the problem," she said, quickly adding: "And I also love people – so that’s why I’m not an engineer or something."

Ashland Police Chief Doug Goodman praised Horne's perspective on residency issues and the town's motels. “She’s just got an amazing mind, but more than that, an amazing heart."

Goodman said he has worked with Horne for only two years, "but she’s made an impression. Motivation is hard to find in this world. Kelly is one who can find and instill it in others."

IN HER WORDS: KELLY KING HORNE

What is something about yourself that might come as a surprise to others?

I am fluent in conversational Romanian. I served as a Peace Corps volunteer in the Republic of Moldova from 1995 to 1997, and I worked in Romania off and on from 1998 to 2003. Some of my closest friends live in a small town in northwest Romania.

I often thought I would spend my career working in international development. I am in no hurry to leave the States, but working in different cultures helps me to understand what’s most important to me and where I can have an impact.

What is your favorite book?

I love Agatha Christie novels. I like problem-solving, and I love people. I can read them over and over – as I don’t retain book plots in my memory!

I am really interested in traveling to Africa with my family, especially southeastern Africa. Many of my friends worked in community development in Africa, and they gained a deeper appreciation for the culture, the landscape and, most especially, the people.

Oh, my girls and I would spend a day at Hogwarts! Actually, maybe the Quidditch World Cup, because the self-erecting tents sound awesome.

In my village in Moldova, I spent a lot of time with Auntie Varvara, an elderly woman full of spunk who lived alone in her family’s cottage on a small farm. Auntie Varvara reminded me a bit of my grandmother in Georgia, and spending time with her often felt like stepping back into the 20th century.

Varvara told stories of life under the Soviet Union, and she still farmed her small plot using traditional methods. She made barrels of wine from her grapes, cooked delicious meals over a fire stove and shared her Orthodox belief system with me. After teaching school, I would spend afternoons with her and hang out on weekends. She hadn’t had much of an education and never had much money, but she welcomed me as a family member several times a week.

I tried to repay her hospitality and helped out around her small farm. When she volunteered to deliver meals to the workmen renovating the village church, I would carry things for her. To thank her for opening her home to me, and to alleviate the burden of hosting me, I would buy her sugar and other staples when I traveled to the capital for meetings. I tried to be sly and would just slip the groceries into her cupboards without making a big deal of it.

One day, she startled me by saying: “If you really want to help me, I could use some paint to fix my living room. That’s what would make a big difference for me.”

What struck me then, and strikes me still, is that we never know what people most need or want unless we ask them. Varvara kept her house nice because it reminded her of her childhood and the pride her parents took in their small farm. Her legacy included traditional weavings and decorations in the small buildings that made up her home. She had been pained by her inability to keep the walls vibrant, and fresh paint would allow her to fix that.

In addressing homelessness, we have learned a similar lesson. Too often, we try to meet the needs we think people have. We created programs and donation drives to do what we thought was the most helpful thing for others. Ten years ago, we started asking people what it would take for them to have stable housing. Every year, we hear directly from people experiencing homelessness that they need an affordable place to live, a job or access to treatment. So that’s where we focus our efforts.

A few years ago, in a planning meeting designed to address the needs of single adults experiencing homelessness, I boldly encouraged my partners to “fail differently.” There are many setbacks working to end homelessness, because vulnerable individuals and families are often caught in difficult situations and involved in multiple, complex systems. Setbacks often come from getting too far ahead of my partners or not building enough support for the work we’re doing. But real failure comes from giving up and not finding the lessons in each situation.

My greatest strength: my mission focus and my ability to clarify and synthesize information. My greatest weakness: I often feel doubt in the middle of a process.

Ending homelessness is possible. In fact, many things are possible if we come together with a clear focus, willingness to work together, creativity, a sense of optimism and stubbornness – and some data.

My parents – my mother for her kindness, and my father for his storytelling.

What is your favorite thing about the Richmond region?

I love how RVA has tapped into our creativity and found strength in our diversity. When I first moved back to RVA in 2003 (after leaving for college in 1987), I was struck by how change-averse we seemed. Now RVA is leading communities in asking the right questions for addressing homelessness and poverty and for tackling other really hard issues.