A shrew story: This little fella packs a surprisingly big punch
0 comments
Share this
1 of 2 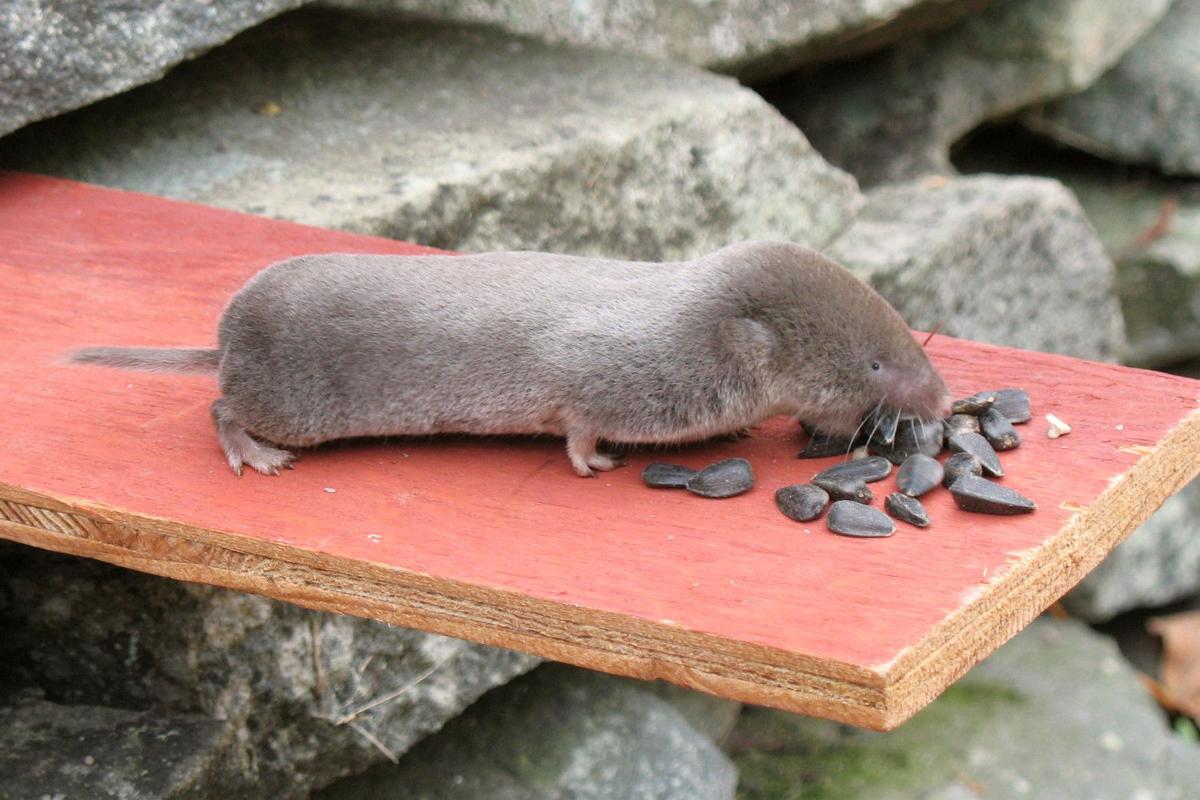 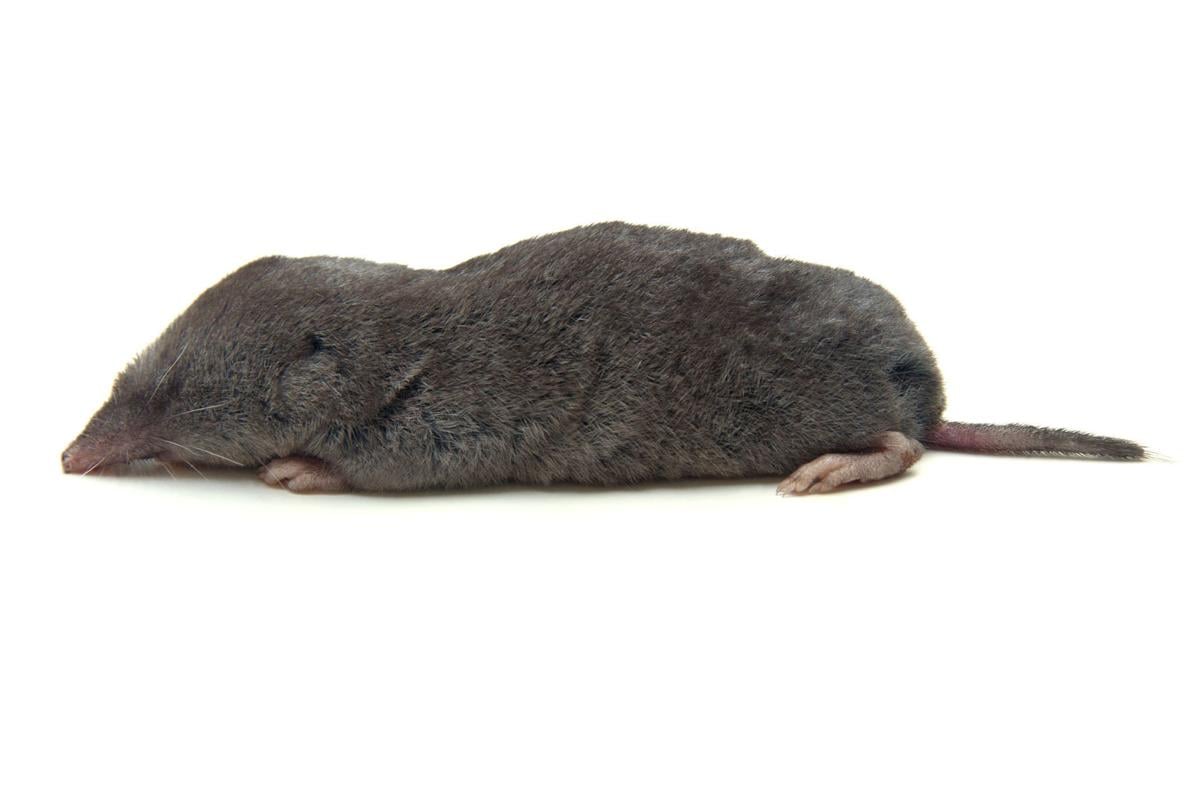 We asked our friends at the Virginia Museum of Natural History in Martinsville to spotlight something fascinating about our state. Though small, this fella packs a real punch.

One of Virginia's most common mammals? Check. Fierce predator? Yep. A venom about as potent as a rattlesnake's? Uh-huh. And you've probably never seen one before.

No rodent: Northern short-tailed shrews (Blarina brevicauda) are indeed small mammals – not rodents, though they do look a lot like mice. They have tiny eyes, small ears, pointed noses, pink feet and a short, pink tail. Their fur is gray and velvety. Many people (incorrectly) describe them as baby moles.

Sizing them up: Adult short-tailed shrews measure about 3¾ to 5½ inches from the tip of the nose to the end of the tail – much smaller than the mammals (dogs, cats, people) we often think of. When they are grown, these shrews only weigh about 1 ounce, which is about as much as a slice of bread.

Underground hit: The shrews spend much of their time underground or under dense groundcover to avoid predators, and they are very secretive. But if you live anywhere near grassy fields, damp woodlands or brushy marshes, the shrews live near you.

On the hunt: Short-tailed shrews (like other shrews) have extremely high metabolic rates. Because of this, they must eat every few hours, so they are active day and night. In fact, the amount of food they eat each day sometimes exceeds their own body weight.

A painful bite: Short-tailed shrews are one of the few mammals that produce a type of venom, which is about as potent as a rattlesnake's. The venom is released into their saliva and can kill or paralyze prey slightly larger than the shrew itself. (It can also inflict a pretty painful bite on any human who happens to hold it!)

On the menu: These shrews are carnivores. They mostly eat insects and earthworms, but they can attack and kill animals – including frogs and mice – that are their size or slightly larger. Since the shrews need to eat constantly because of their metabolism, the venom allows them to subdue and store their prey until they need it.

Senses: Short-tailed shrews have poor vision, but like bats and whales, they use echolocation – listening for echoes of ultrasonic clicks they emit – to locate and identify objects around them. They also have a strong sense of touch in their snouts.

Predator and prey: House cats frequently kill these shrews, but they don't eat them. The likely reason: The shrews produce a foul-smelling, musky secretion. 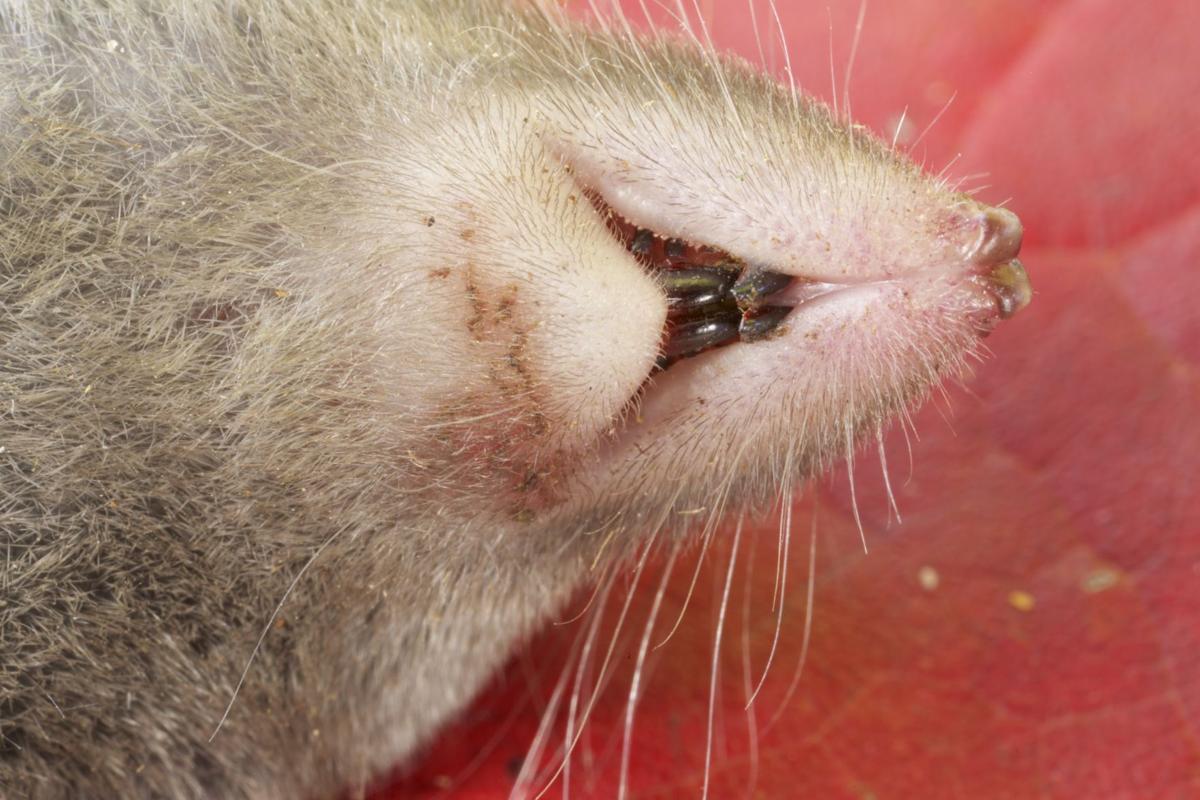 A closeup of a northern short-tailed shrew’s (Blarina brevicauda) mouth, with several teeth visible. Its whiskers are also seen. 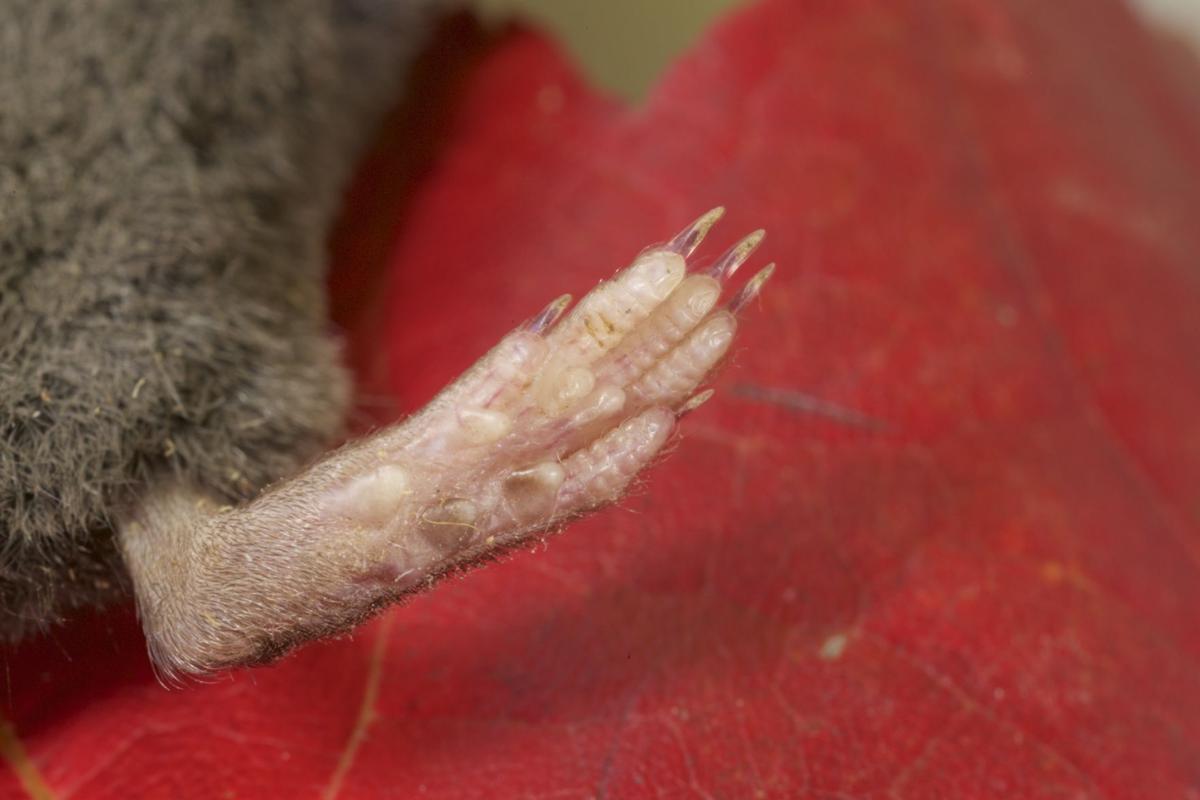 A closeup of the bottom of a northern short-tailed shrew’s (Blarina brevicauda) left rear foot and claws. 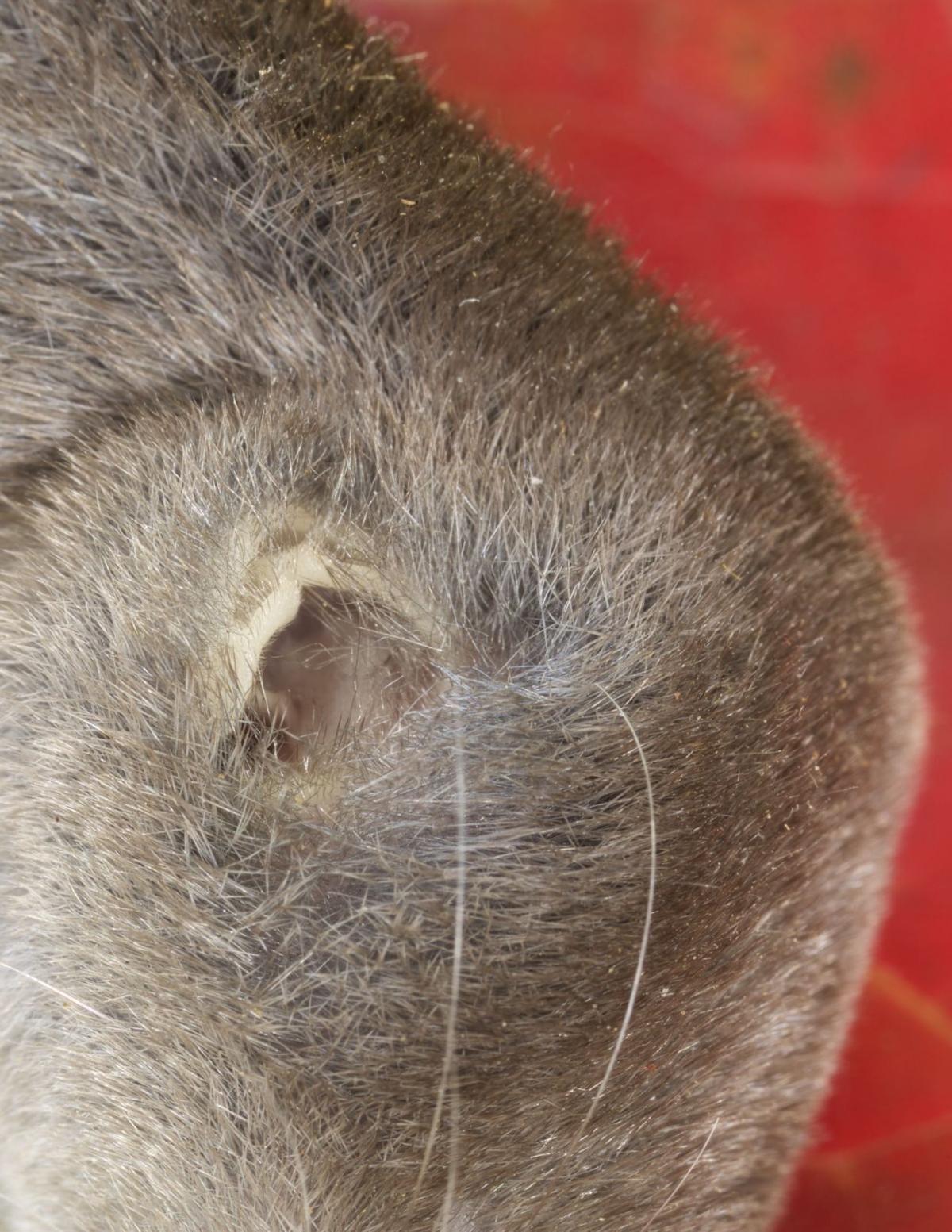 A closeup of the inside of a northern short-tailed shrew’s (Blarina brevicauda) ear.