Where Am I RVA? Monumental Church Renovation
0 comments
Share this
{{featured_button_text}}
1 of 8 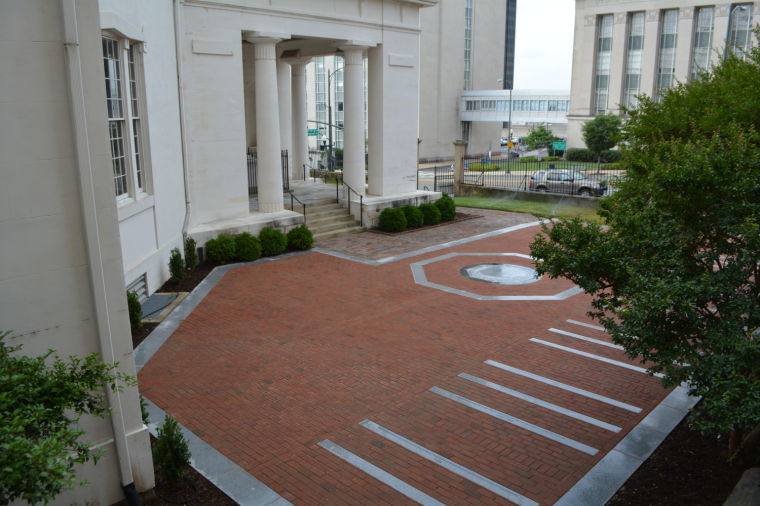 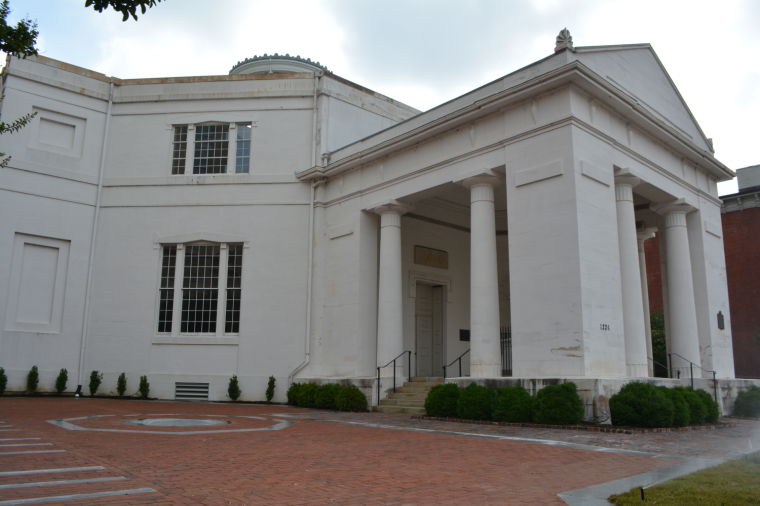 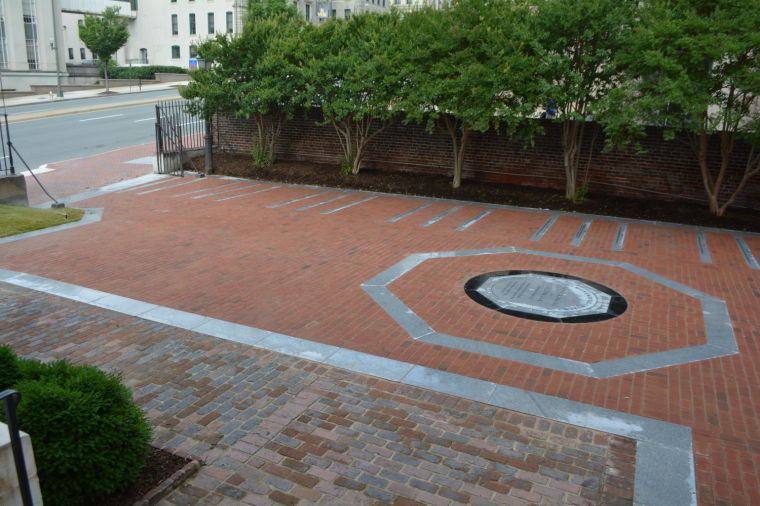 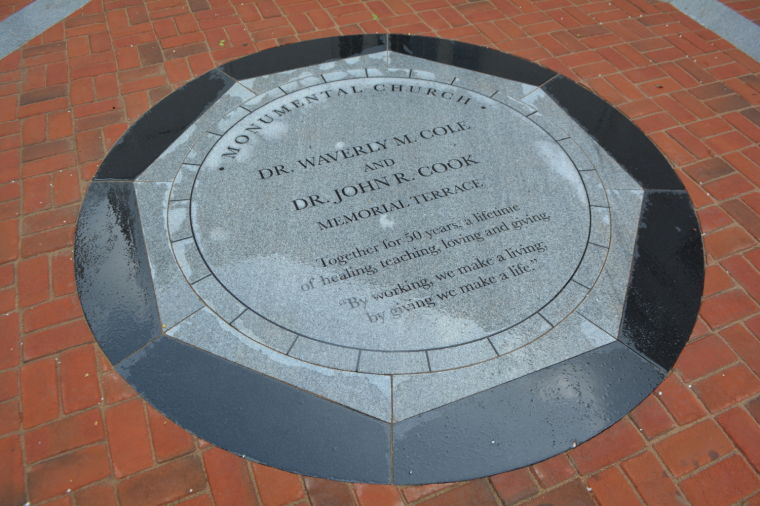 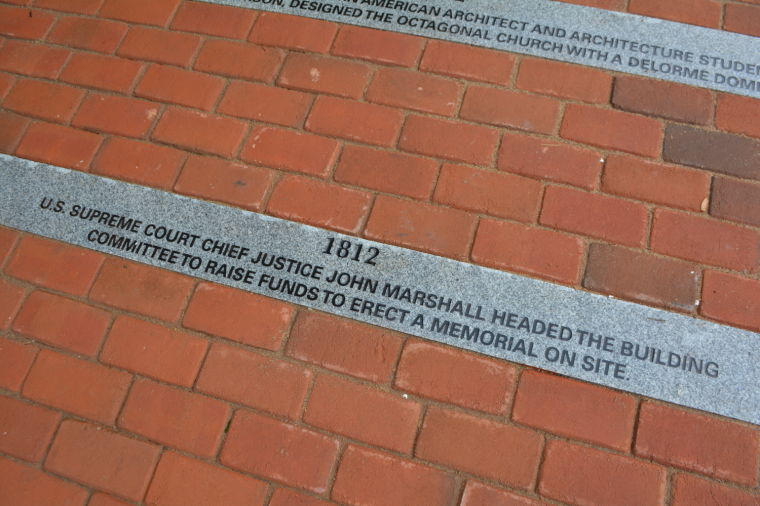 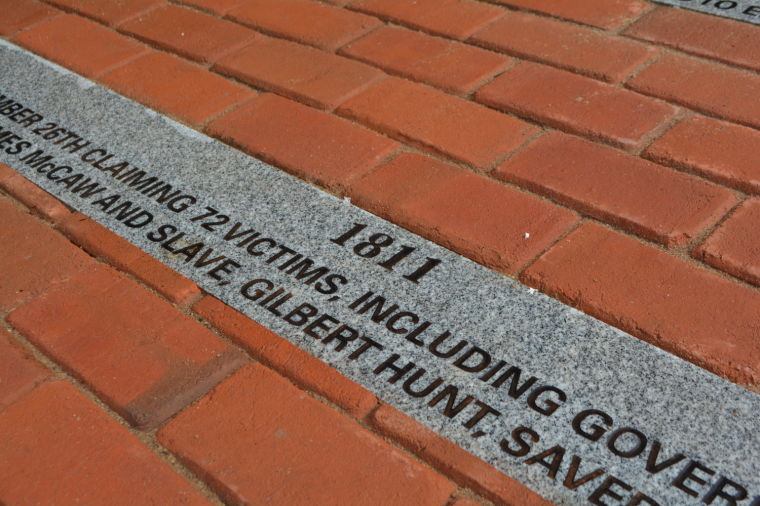 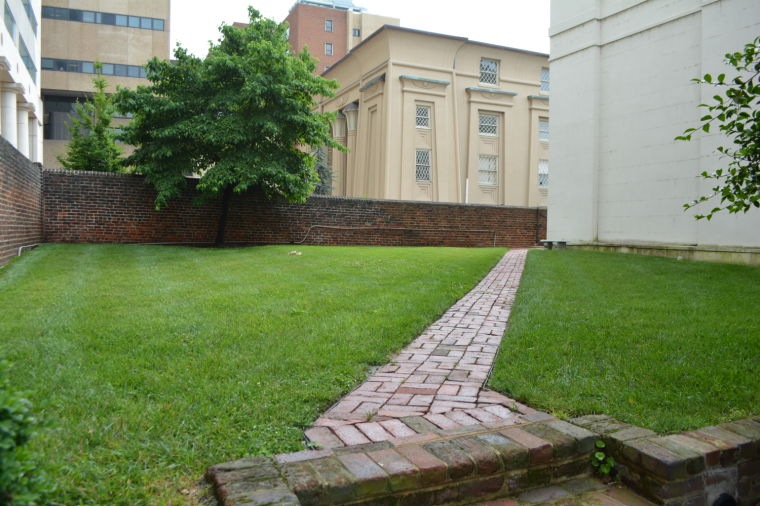 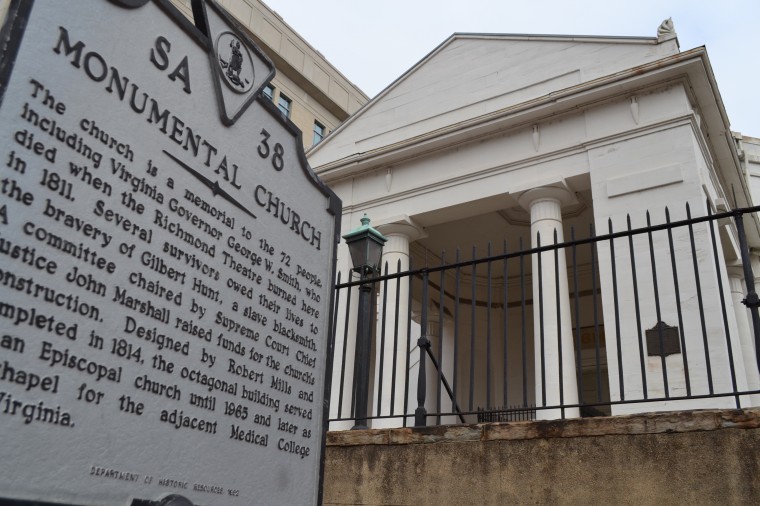 Need a new outdoor patio space for a classy gathering? Maybe a wedding or some splashy gathering?

How about Monumental Church? It was designed by Robert Mills, America’s first native-born architect and the only architectural pupil of Thomas Jefferson, according to the Historic Richmond Foundation, which owns the building. Mills also designed the Washington Monument.

Located in historic Court End at 1224 E. Broad Street, Monumental Church was placed on the National Register of Historic Places as a National Historic Landmark in 1969. See a previous article to learn more about its history and also listen to a recent episode of History Replays Today, The Richmond History Podcast, as Leslie J. Naranjo, Director of Preservation Services for Historic Richmond talks about the fire at the old Richmond Theatre at the location of Monumental Church.

With a recent upgrade to an outdoor patio space, the renovation of the church is nearly complete. Local design build firm, WestView Companies, designed and constructed the historic timeline, which was constructed of solid granite pieces, inlaid into the new memorial terrace on the west side of the church, and etched with key historical events to showcase the location's rich history.

Among the nearly two dozen key activities etched into the timeline:

Eliza Poe brought here son Edgar to Richmond when she was contracted to perform at the Richmond Theater on Broad Street. Unfortunately t the y…

Monumental Church was designed by Robert Mills, America’s first native-born architect and the only architectural pupil of Thomas Jefferson, ac…

Where Am I RVA? Monumental Church

Monumental Church was designed by Robert Mills, America’s first native-born architect and the only architectural pupil of Thomas Jefferson.