Facts and figures: some travel-related data about Richmond
0 Comments
Share this
1 of 12 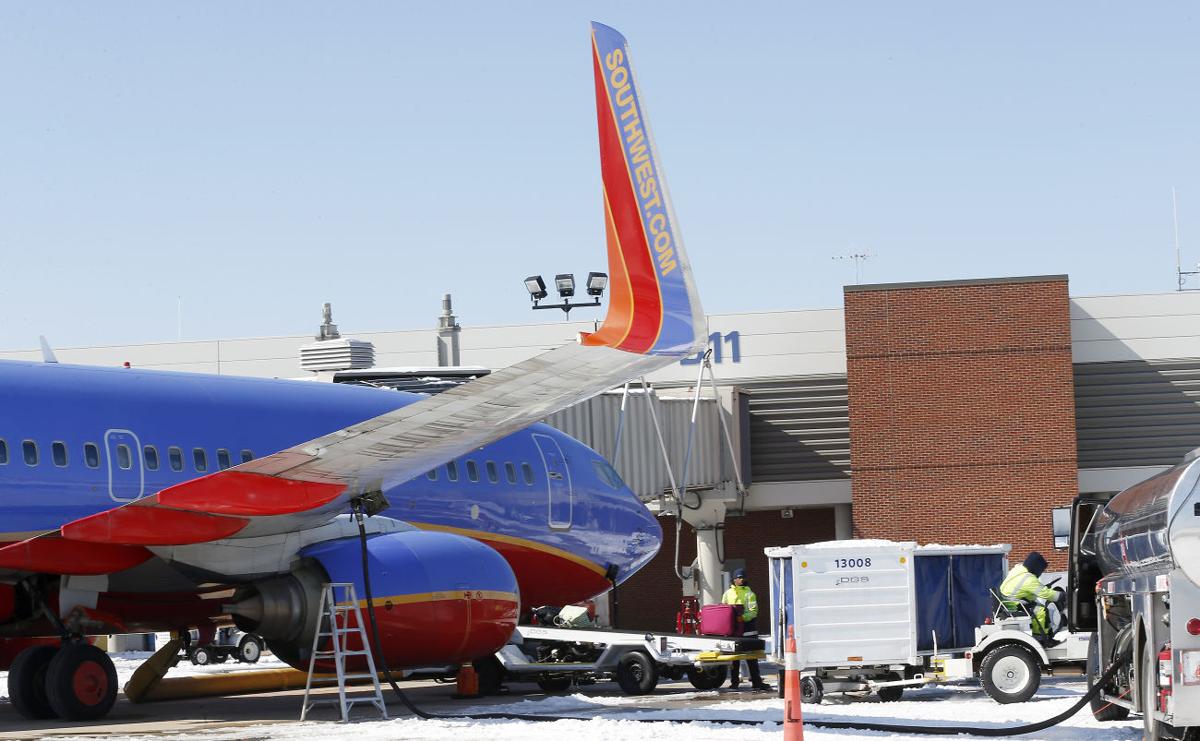 A Southwest plane is refueled as baggage is removed after landing at Richmond International Airport in Henrico County VA Wed. Feb. 18, 2015. 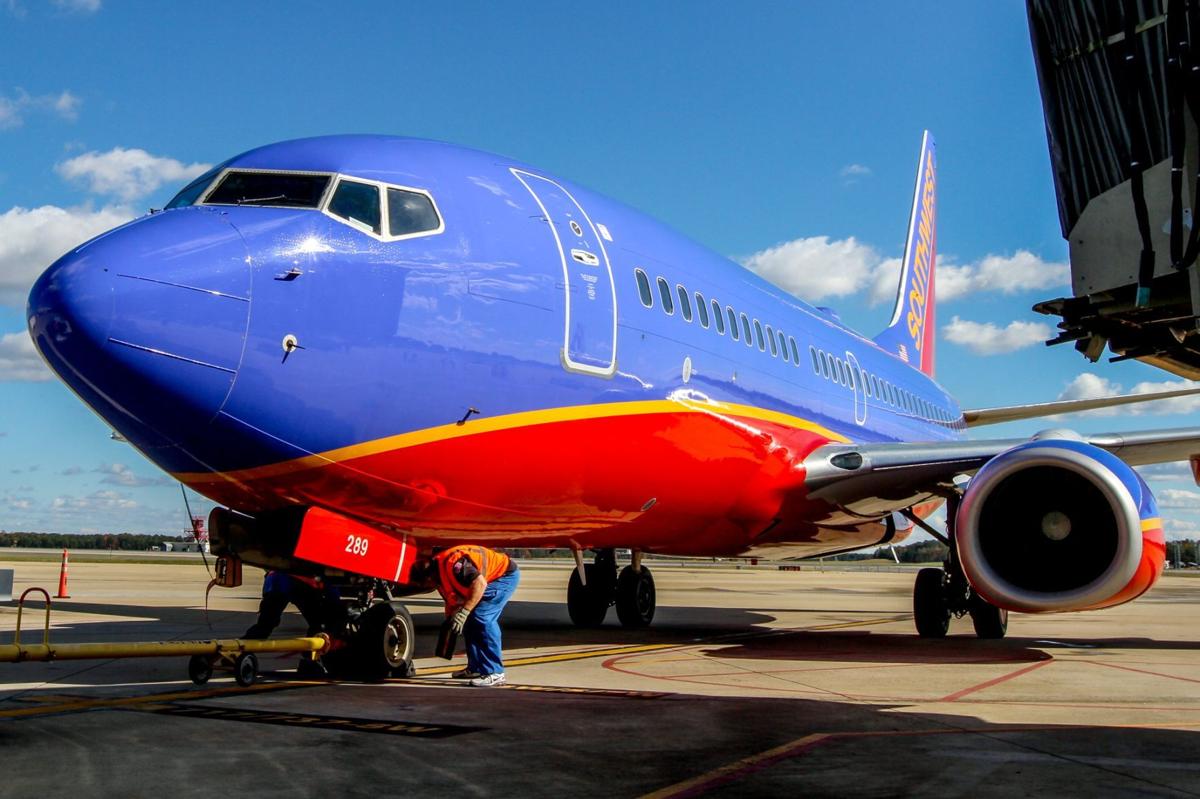 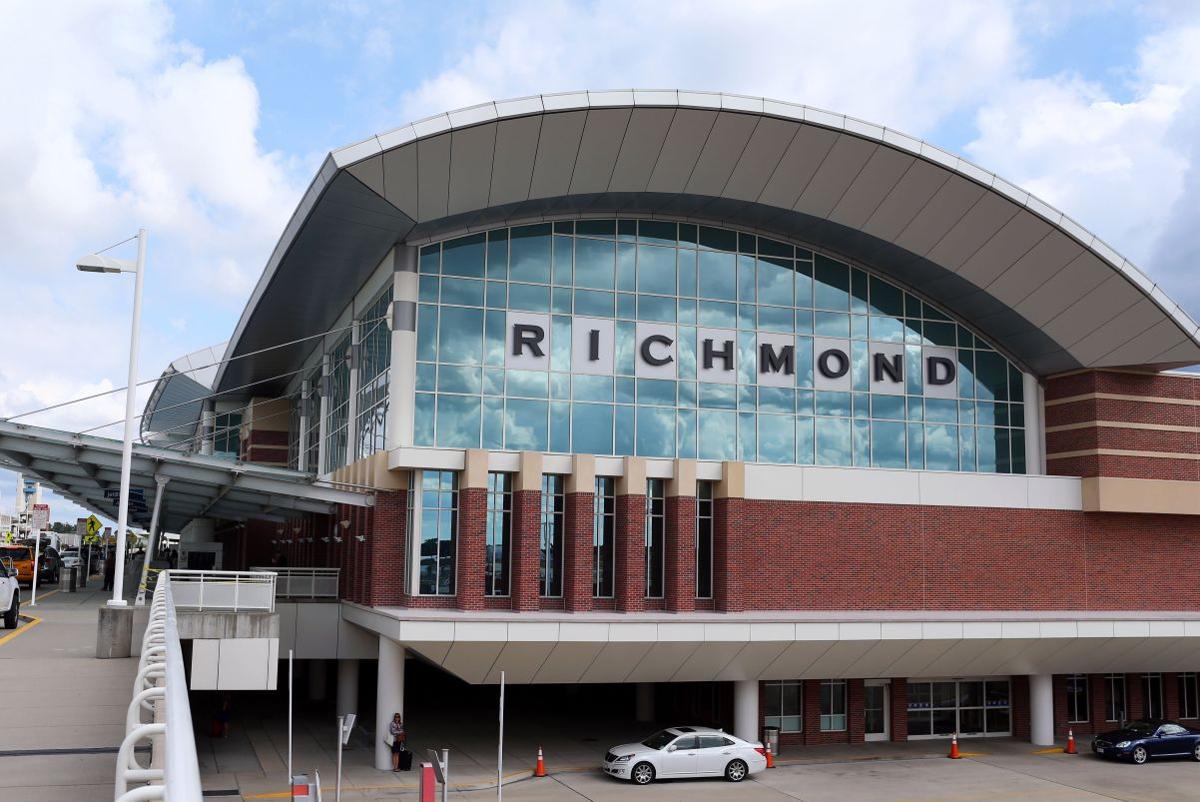 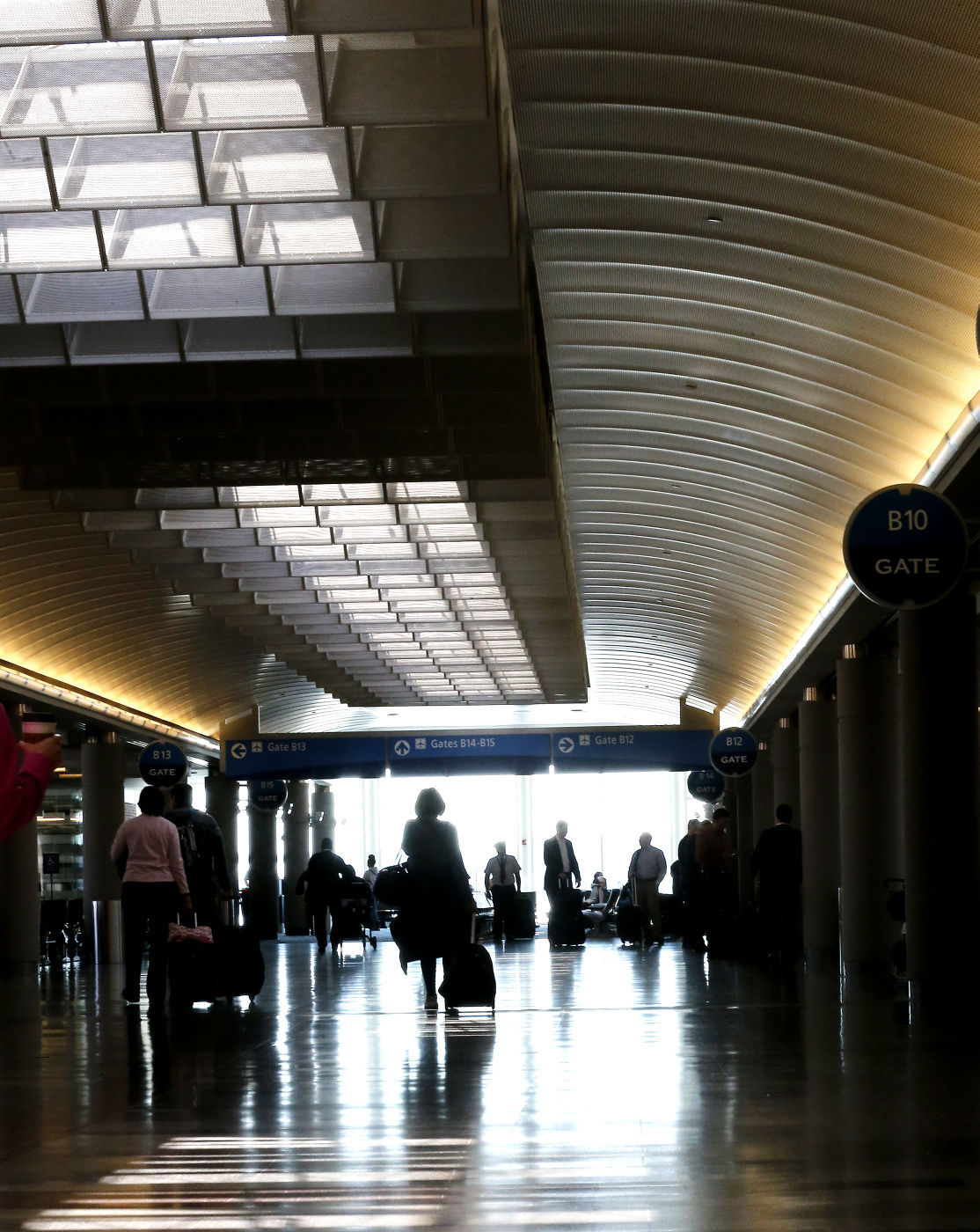 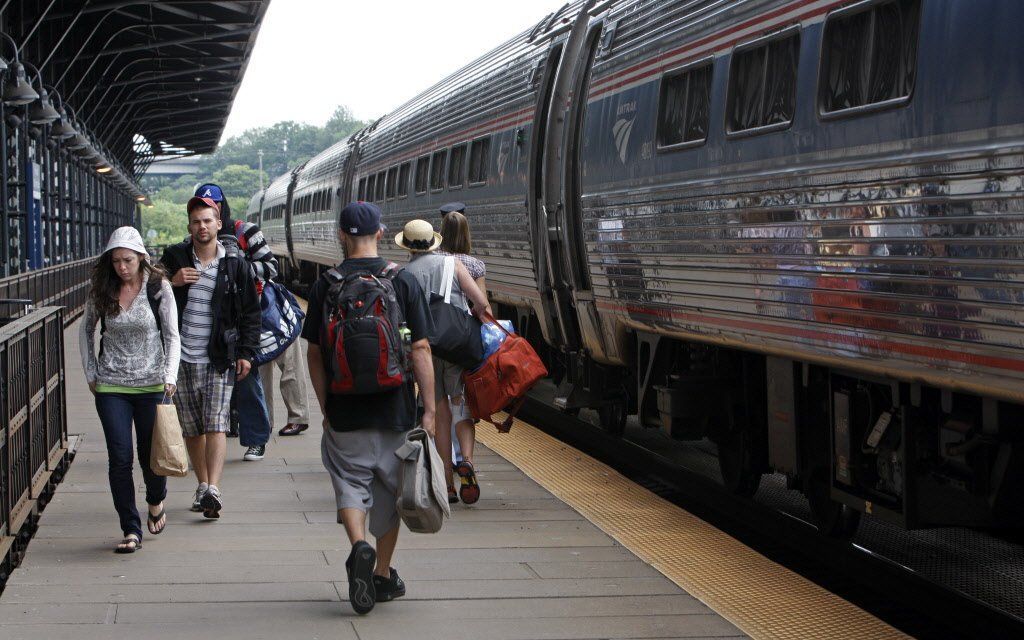 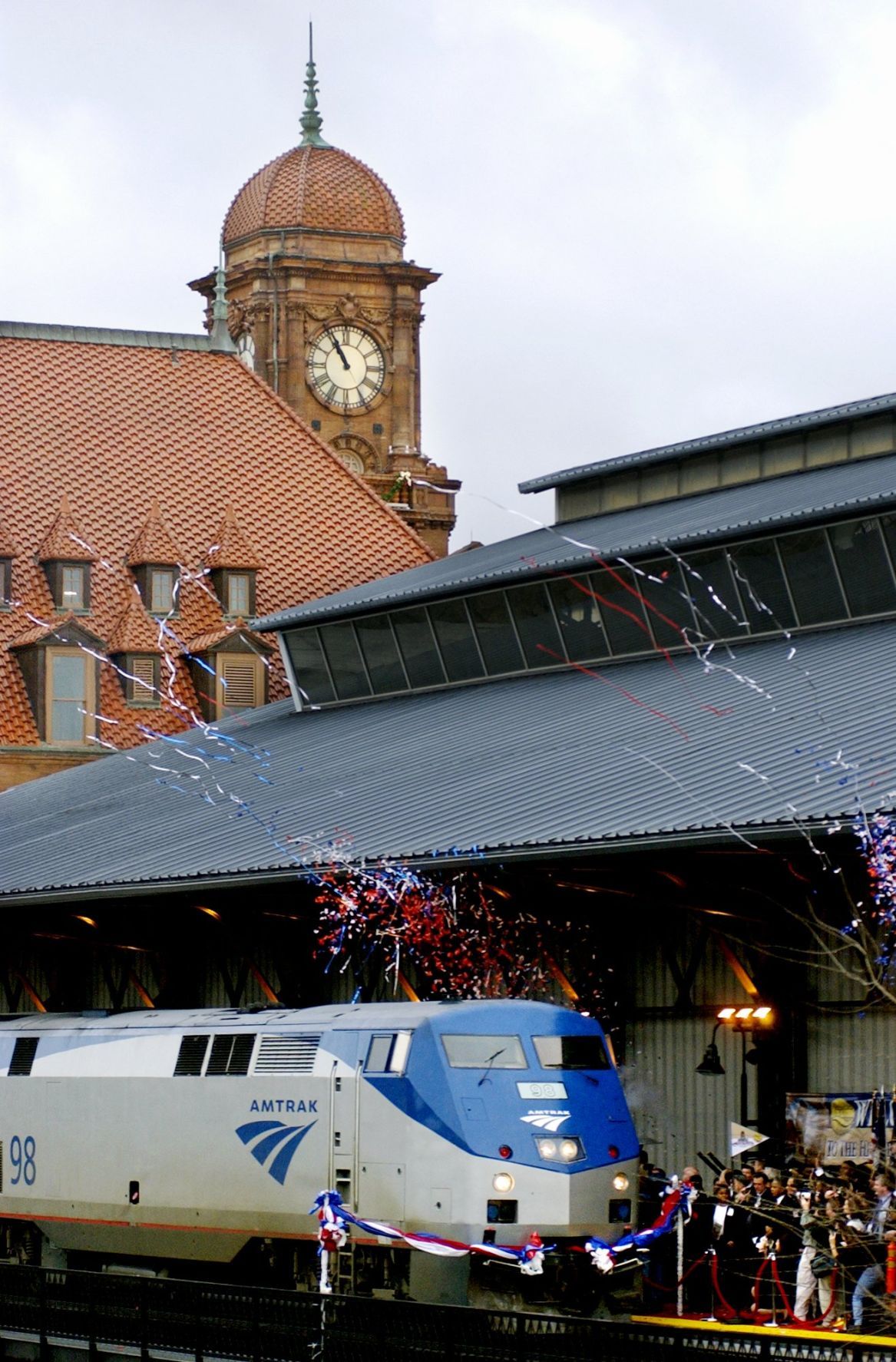 An Amtrak train from Newport News pulls into Main Street Station in Richmond, VA Wed. Dec. 17,2003 as part of reopening ceremonies for the station. The station opens to the public Thurs. Dec. 18th for passenger service for the first time since 1975. DISCOVER RICHMOND 2004 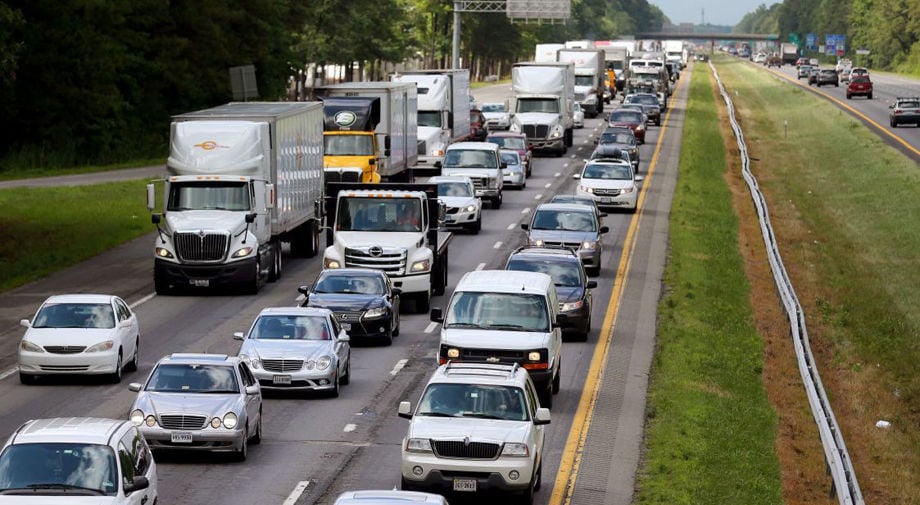 Traffic backed up on Interstate 95 South-bound in Ashland 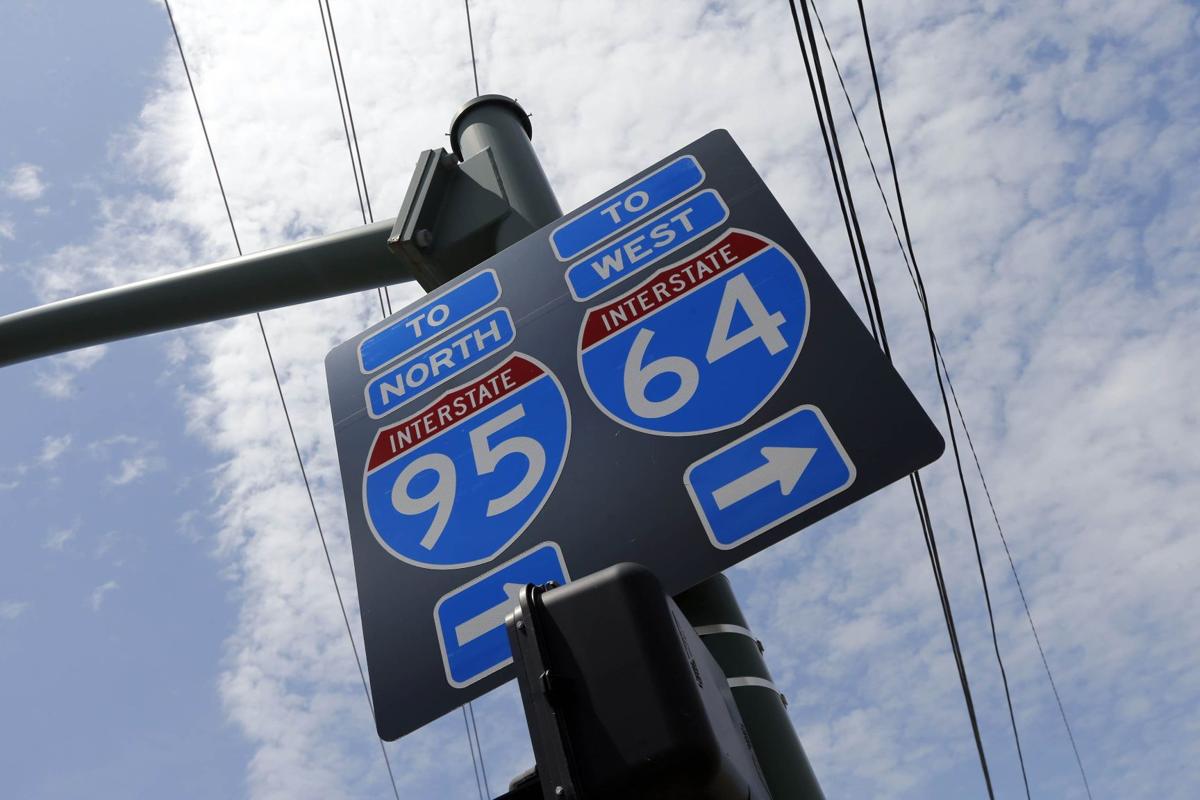 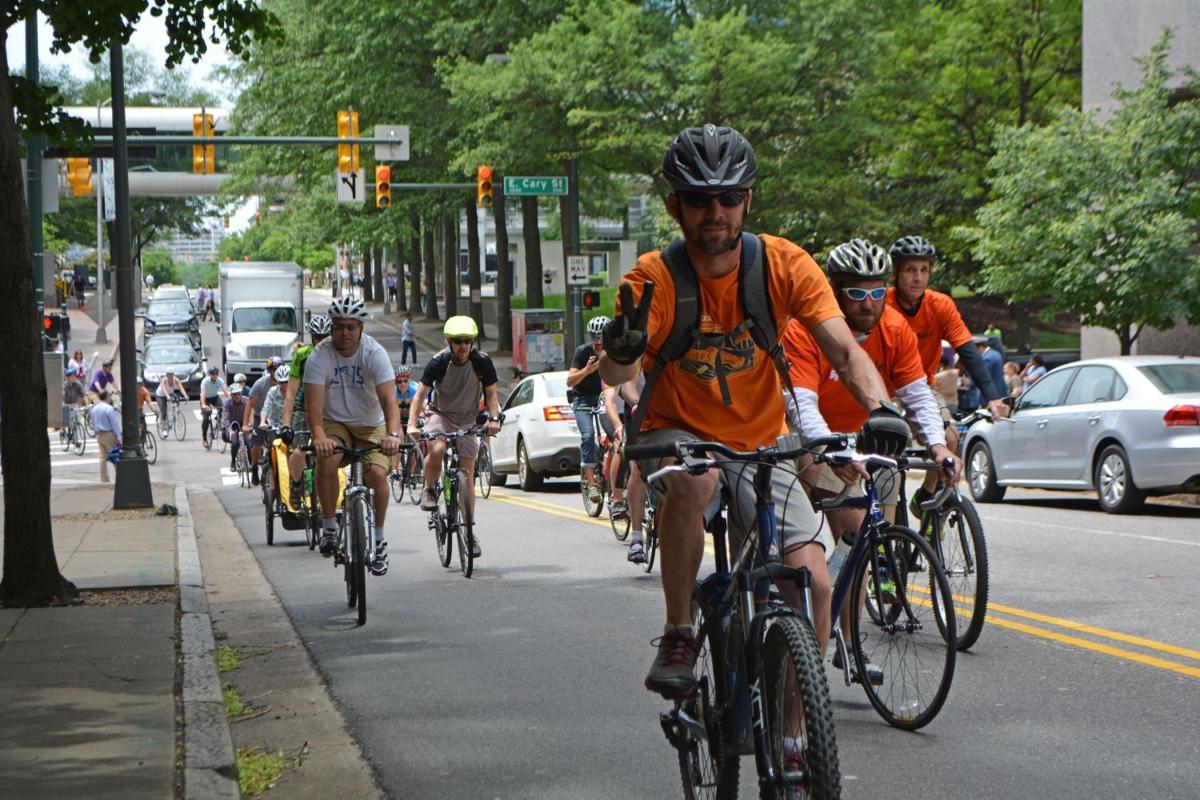 Cyclists ride Richmond streets during a bike rally from the James Center to Capitol Square for Bike to Work Day, May 15, 2015. 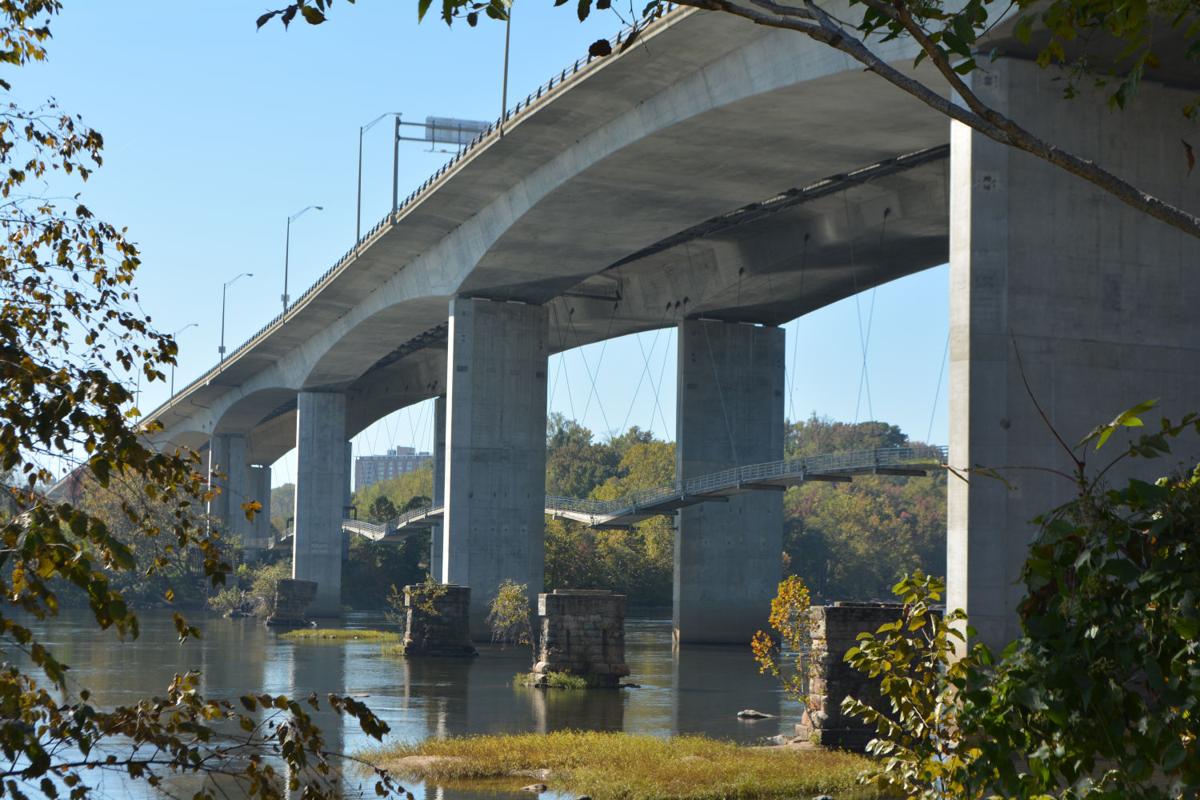 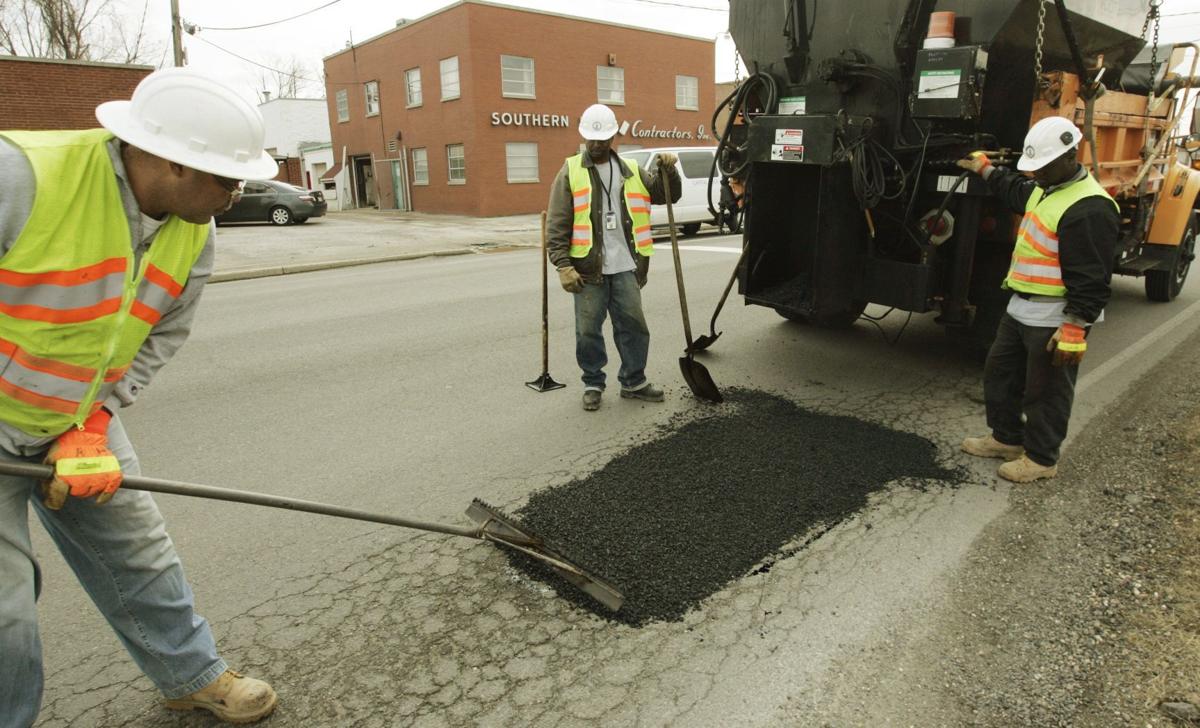 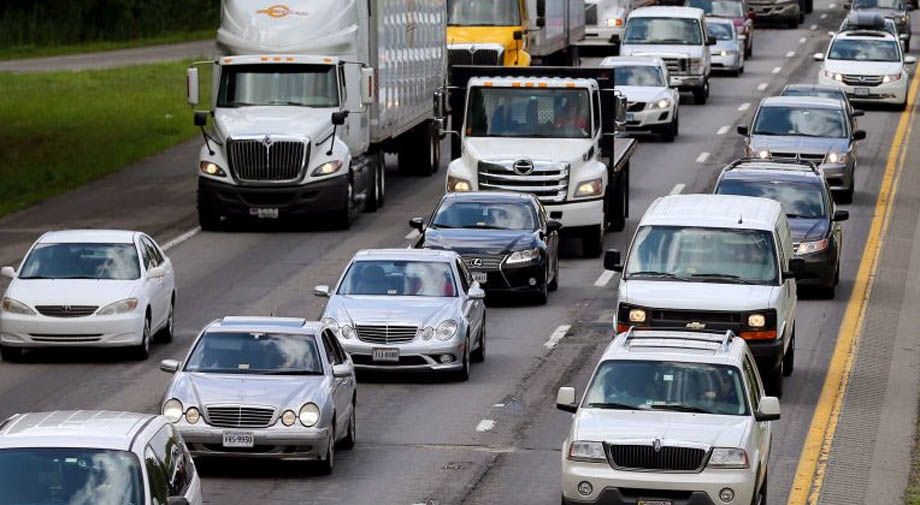 3.5 million: passengers who flew into or out of Richmond International Airport in 2015

1,154: average miles flown by passengers on a round trip from RIC (one way)

27.4: average daily miles traveled by vehicle in the region

81.6 percent: percentage of region's workers who drive alone to work

1.56 percent: percentage of workers who walk to work

0.5 percent: percentage of workers who bike to work

815: bridges in the Richmond region

$2.01 billion: amount to be spent this year by the state on road maintenance

1887: year that the world's first electric streetcar system began operations in Richmond; the service ended in 1949

There are few better ways to greet the morning than from the outdoors, and Virginia is rich with opportunities. Jeremy Glover - a seasoned camper, often with his wife and two kids in tow - suggests five great sites that represent some of the best all-around camping that Virginia has to offer.

With travel on our mind, we asked our friends at some local archives to spotlight interesting travel-related pieces in their collections. Here, the Valentine's Kristen E. Stewart, who is the Nathalie L. Klaus curator of costume and textiles, spotlights a piece straight from the "Mad Men" era – with a local connection.

Springtime spruce-up for your decor

Spring is around the corner, and if you’re itching to spruce up your space, we’ve got a few seasonal decor ideas you can do on the cheap. With a palette as a base, it's easy to add a splash of color and style - from pillows and lamps to rugs and even plants.

The Wilton House Museum highlights life in Virginia since the 18th century. Here, William Strollo, Wilton's director of education and public relations, outlines a notable map in our history before the Revolutionary War.

With Richmond now a renowned dining destination, there are plenty of reasons for locals to stay close to home and explore the options. But with more visitors coming to town to try our food, why can't we return the favor? We asked some local chefs and owners for recommendations when we're outside the capital region.

Spit for Science? At VCU, students drool at the prospect of sharing their DNA

Ever watched TV crime shows where detectives pick up a cigarette butt or snag an envelope sealed with a lick? You may know that a bit of spit can be a big clue to who you are. But researchers also are exploring what it can reveals about how you feel.

We looked for a variety of intrigue and delight at many points on the compass if you're heading out of Richmond and exploring other parts of Virginia. (*And that's 100 miles as the crow flies - and he's being generous, since your starting point by may vary.)

Unsung sites of black history in the Richmond area

Black History Month frequently shines the light on touchstones of Richmond's past – including pioneering businesswoman and educator Maggie L. Walker, entertainer Bill "Bojangles" Robinson, the Jackson Ward neighborhood and the city's role as a major center of the domestic slave trade. But black history in Richmond remains largely unexplored terrain in unheralded spots, unpretentious neighborhoods, largely neglected cemeteries and spaces reclaimed from asphalt or, sadly, victimized by the wrecking ball.

Ray Bonis, senior research associate in special collections and archives for the James Branch Cabell Library (part of VCU Libraries), gives us a look at an item that travelers to Richmond might have gotten during their journey near the start of the 20th century.

Jeff Kelley: On Richmond and cool

Once a newspaper reporter, now a PR dude - and still pondering cool in a city that has lots of it.

Virginia, the unsettled state in the early 19th century

Virginia was a central point in America in Revolution and Civil War eras. But in between, even as Virginia’s population grew, other states surged ahead in growth and power. Indeed, more than a million people moved out of Virginia during that span.

Fragrant and punchy lemons, sweet clementines and beautifully vibrant blood oranges and grapefruit remind us that there's more to these cold, gray winter days than meets the eye. You just have to know where to look.

From the editor: A bigger, broader path to explore

History, people, food, lifestyles, travel, the arts - as we head into 2016, Discover Richmond will touch on the topics you've told us you like.

For the love of stats: He crunches the numbers for L.C. Bird football

On Friday nights during the fall, Darren Paquette takes his seat in the press box at L.C. Bird High School in Chesterfield County. Armed with a notebook and a handful of pencils, he records every yard gained and every play called. It's been his gig for 26 seasons.

Wariness of immigrants, antipathy toward an "Establishment" candidate, even a loyalty oath. Sound familiar today? Jeff E. Schapiro revisits an early 20th-century campaign that has some notable parallels.

Get away, stay near: Richmond area hotels and B&Bs

Travel doesn't have to mean great distances. For an overnight or weekend getaway, the Richmond region is home to quaint inns that can be an oasis for locals. And for a visitor, they can be a unique part of their experience, more than just a place to rest after a day of exploration.

Jeanita Harris has been helping guests at the Jefferson Hotel discover, and rediscover, Richmond ever since the hotel reopened in 1986. When guests ask her, or anyone on her staff of four, what to do in Richmond, Harris said there’s a stock reply: “How much time do you have?”

The marching orders are clear as medical students head into residency. Don’t get too involved in patient relationships. Maintain distance. But as Dr. Cynthia Bettinger learned as both a patient and a physician, the human touch can be powerful.

Paul Blumer, bar manager at The Rogue Gentlemen in Jackson Ward, help us get into the spirit of the season with a 'tail and a tale.

The music scene in Richmond is as vibrant and varied as the city’s famed food scene, though perhaps not quite as understood. Dean Christesen offers some perspective

Chef Q&A with Brittanny Anderson of Metzger Bar and Butchery

Brittanny Anderson, chef and owner of Metzger Bar & Butchery on Church Hill (Union Hill, to be exact), is one Richmond restaurateur you need to meet. Part rustic, part sexy, all awesome – Anderson the chef is much like the way she describes her restaurant.

After a meal of Holly's delectable lemon and shrimp fettuccine, why not bowl them over with a panna cotta bursting with the zest and juice of clementines? The bonus - it's deceptively easy.

1964 and the dawn of modern politics in Virginia

Amid ongoing civil rights debates, the presidential campaign marked a new era in Virginia, one whose political formula resonates today.

GOP turmoil had Virginia in spotlight - in 1976

In 1976, Virginia Republicans were deeply divided between Gerald Ford and Ronald Reagan. It was a split that would portend the conservative-versus-conservative face-offs that have shaped Republican politics in Virginia and elsewhere ever since.

There are few better ways to greet the morning than from the outdoors, and Virginia is rich with opportunities. Jeremy Glover - a seasoned cam…

A Southwest plane is refueled as baggage is removed after landing at Richmond International Airport in Henrico County VA Wed. Feb. 18, 2015.

An Amtrak train from Newport News pulls into Main Street Station in Richmond, VA Wed. Dec. 17,2003 as part of reopening ceremonies for the station. The station opens to the public Thurs. Dec. 18th for passenger service for the first time since 1975. DISCOVER RICHMOND 2004

Traffic backed up on Interstate 95 South-bound in Ashland

Cyclists ride Richmond streets during a bike rally from the James Center to Capitol Square for Bike to Work Day, May 15, 2015.