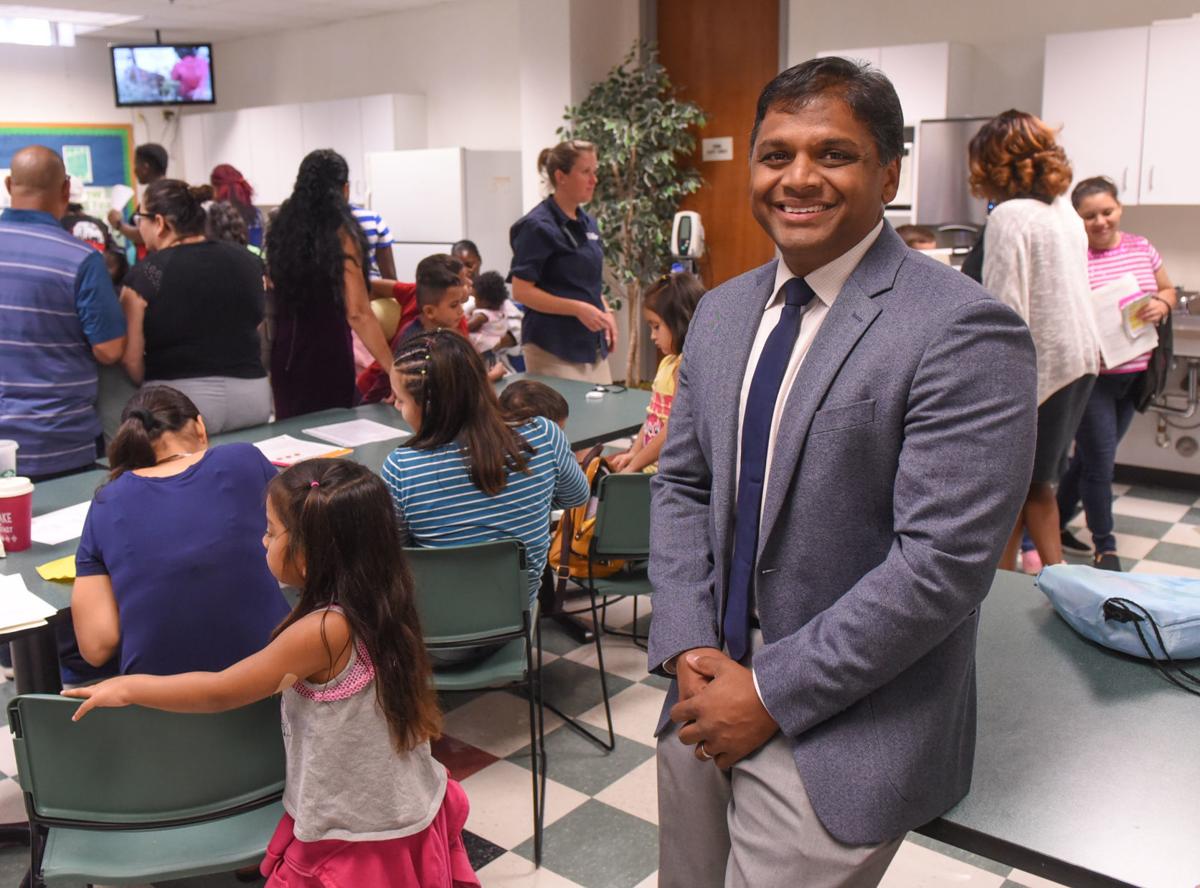 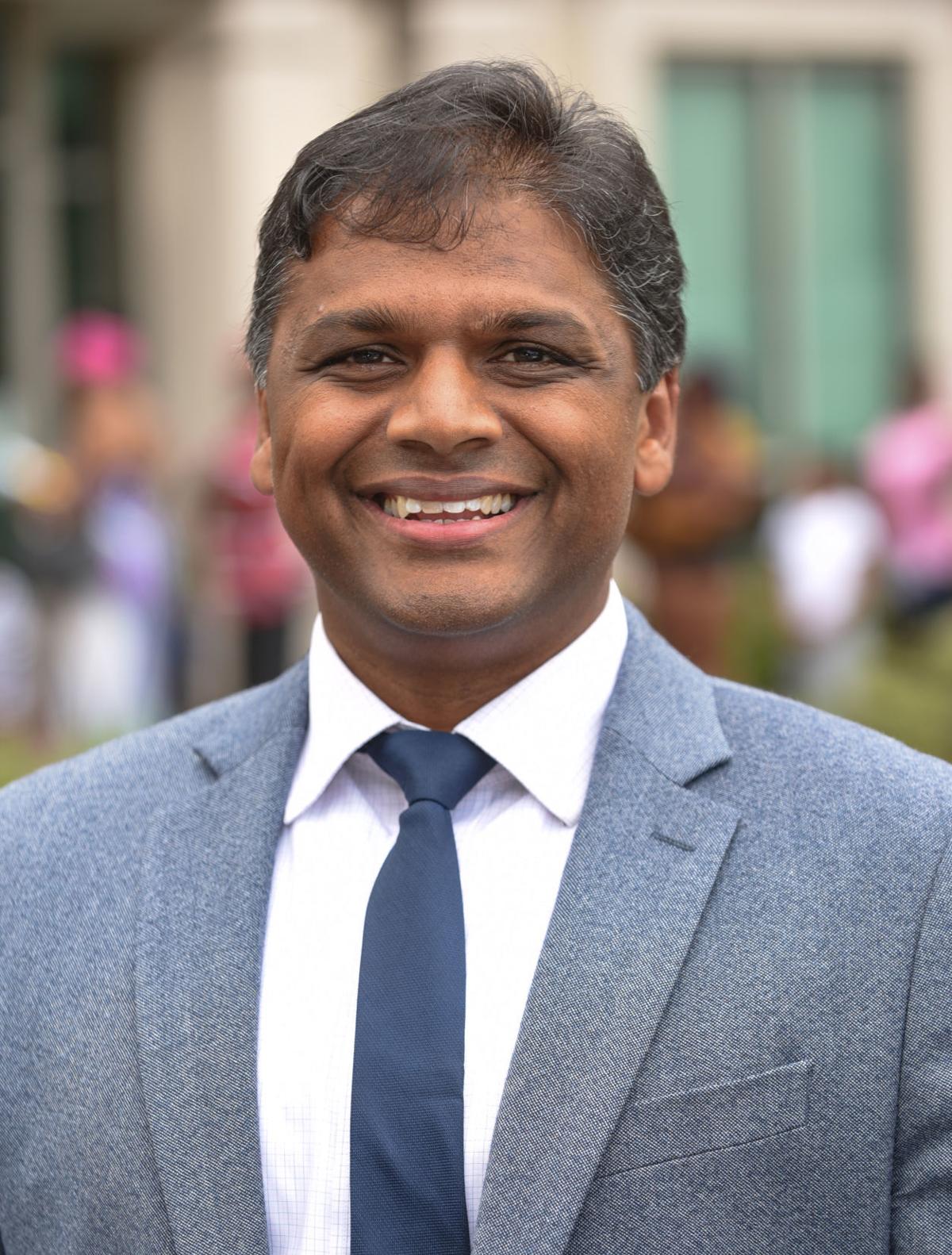 Editor’s note: Dr. Danny Avula has become one of the Richmond region’s leading voices during the coronavirus pandemic. In 2019 – as he marked his 10th year with what is now the Richmond and Henrico Health Districts – Avula was an RTD Person of the Year honoree. This profile and Q&A, which offer insight into his work and his life, appeared in the December 2019 edition of the RTD’s Discover Richmond magazine.

During his third year of medical school, Danny Avula contemplated dropping out.

He’d been on the fast track to earning his M.D. since he was a child – overachieving at a science and tech magnet high school and graduating from the University of Virginia at age 19. As the son of hard-working Indian immigrants, he was hard-wired to succeed, he said.

But in medical school at Virginia Commonwealth University, Avula discovered that his dream of serving urban communities through direct practice was not his passion. While working clinical rotations, Avula saw the limits that came with seeing patients for only a few minutes. He realized that most of them were more worried about paying rent and putting food on the table than their diet and exercise regimens.

“People’s lives are complicated,” Avula said. So he asked himself: “What are the other drivers that make people healthy?”

With his wife’s encouragement, Avula finished medical school (with a specialty in pediatrics) but tested less traditional rotations. For his final one, he worked at the Richmond Health Department, and his passion for improving community health found its place.

“This is what I want to do,” he thought. “I want to run a local health department when I grow up.”

In 2019, Avula marks a decade of leadership at the city Health Department, which is a unit of the Virginia Department of Health. He served as Richmond's deputy director for seven years before becoming director in 2016. The following year, he also took leadership of Henrico County's Health Department.

During his tenure, Avula points to progress in three areas of public health: changing the narrative about health to include social determinants, such as housing and access to nutritious food; engaging community members for input on serving their needs; and sharpening the department’s focus on race and socioeconomics and how they relate to health outcomes.

Under his leadership, the city Health Department has opened eight resource centers in Richmond’s public housing communities at which residents can get connected to medical providers and other community services. The department also has sought to recruit public health workers from within the community to help with the outreach.

“Historically, the government has been very prescriptive,” Avula said. “Our intention is to bring residents of marginalized communities as equal participants and advisers.”

In recognition of Avula’s efforts, Richmond was one of eight cities – out of more than 200 applicants nationwide – to be awarded the Robert Wood Johnson Culture of Health Prize in 2017. It cited the Health Department’s strides toward creating a healthier community.

Equity has been a guidepost for Avula in his personal life, too. In 2004, his family, along with several friends from college, decided to move to an underserved community in north Church Hill. Avula was inspired by research showing that communities with people of different races, backgrounds and socioeconomic status tend to fare better.

Avula “understands a lot of the problems that he’s trying to solve from the inside,” said Dr. Romesh Wijesooriya, chief of general pediatrics at Children’s Hospital of Richmond at VCU – who was a college roommate of Avula and was one of the friends who moved to Church Hill.

Wijesooriya has seen how Avula and his family have embraced the community they seek to serve, including accepting a young woman with a troubled family history into their home as an adopted daughter. “It’s not just theoretical,” Wijesooriya said.

For Avula, moving to the Church Hill community has enriched his life and given him a deeper connection to the constituents he serves as health director.

“It has given me this lens,” he said. “It just gives us grounding and perspective.”

IN HIS WORDS: DANNY AVULA

My dad just recently told me the story. I was born in the late 1970s, and my dad, who emigrated here from India, was a big fan of President Jimmy Carter. He loved that everybody just called him Jimmy. I think naming me Danny seemed very American to him, and outside of a failed attempt at “Dan” during my freshman year of high school, I've always been Danny.

I’ve known I was going to be a physician since the seventh grade, but before that, I had big plans to become the frontman of a glam metal band.

Anybody who’s been in the car with me for longer than an hour has heard me belt out Mötley Crüe, Poison, Skid Row or Def Leppard. I grew up on hair bands and loved everything about the big vocals, the guitar riffs and the over-the-top hair and makeup. I guess that’s what happens when you let a 10-year-old watch too much MTV.

What is your favorite TV program?

"Parks and Recreation." It’s hilarious, and it brilliantly captures the uphill battle of working in local government. Beyond the obvious parody, I actually think Leslie Knope’s unbridled passion for the work is really inspiring – and a reminder of how much local government really matters.

Plus, it’s one of the first shows I remember that had an Indian American as part of the core cast, which resonated with me.

My mother passed away when I was in medical school. I spent a fair amount of time with her during the last few months of her life, and she found a lot of comfort in her daily reading of the Bible.

After she died, I found a note card in her room on which she had hand-written a particularly poignant verse: Exodus 15:26 – “I am the Lord, your healer.” I still have it by my bedside more than 15 years later.

When I was in college, my group of friends was introduced to John Perkins, an African American civil rights leader, pastor and community developer. Dr. Perkins has spent most of his adult life committed to racial healing by fostering intentionally diverse neighborhoods.

His writing, teaching and example inspired my family (and our group of friends) to move into the East End of Richmond in 2004 – a move that has taught me how to be a friend and neighbor to people who have grown up in considerably different circumstances.

That has profoundly shaped my understanding of race and class in America. It also has fundamentally changed the way I approach my role as public health director, because I see every day how closely linked health is to housing, employment, education and family stability in the lives of my neighbors. I owe a great deal to Dr. Perkins and his willingness to live his life with such clarity, purpose, and courage.

I mentioned that I first knew I wanted to be a doctor when I was in the seventh grade. That desire continued to grow through high school and college, and I expected that starting medical school would feel like the fulfillment of all of those years of planning and work. But it wasn’t.

By my third year of med school (clinical rotations), I began to realize that I was less interested in the actual practice of medicine than the complex issues affecting health – the socio-cultural environment and the impact of history, policy and practice on the health of a community.

At the time, this seemed like such a different path than the one I was on, and I felt like I had come to a crisis point – so much so that I actually thought about quitting med school. Up to that point, I had fast-tracked through school. I graduated from college at age 19 and jumped into my chosen profession as quickly as possible.

My wife encouraged me to stay the course and to find a path where I could use my training to do the kind of work I was interested in. And after meandering through seven years of med school and residency, I finally discovered my calling to public health, and I ended up doing a second residency in preventive medicine and public health.

Ultimately, the years I spent leading up to and in medical school created the opportunity I have now, so I’m grateful I did it. But I’ll make sure my kids know that they don’t need to have it all figured out by seventh grade, and the road to find the work they are called to do in this world may take some meandering.

A few years ago, my wife and I went on a guided dog-sledding trip through Denali National Park in Alaska. It was the most desolate, wild and spectacular place I have ever been. It was also cold. Really, really cold. But gliding across the frozen tundra on a dog sled with Denali in the backdrop is one of the most exhilarating things I’ve ever experienced.

I’d love to go back to that place with my kids. I want them to know what that kind of wilderness feels like, what it is to be so completely unplugged.

We’d walk to the Front Porch Café for breakfast, and along the way, we'd see the changing dynamics of my neighborhood and the tensions that have shaped our lives for the past 15 years of living here. Then we’d go on a Richmond Rides bike tour, which shows off the grit and beauty of our city while discussing the complexity of our history.

After lunch, we’d spend the afternoon down on the James River, walking the pipeline, Belle Isle and the T-Pot bridge. And we’d end the day biking west down Monument Avenue, taking in the stories of Richmond’s past – and then hanging a left on Arthur Ashe Boulevard to see Kehinde Wiley’s new statue "Rumors of War," to dream about Richmond’s future.

Bishop Desmond Tutu often speaks of the concept of Ubuntu – the idea that our humanity is "inextricably bound" with the humanity of the people around us. I believe deeply in this – that we are created for relationship, and that we find our wholeness in the context of our relationships with our neighbors.

We all know that Richmond has a long history of racial, economic and cultural division. Those divisions can only be eased if we are willing to engage deeply with, and learn from, people who are unlike us – and if we act with the certainty that we are all connected.