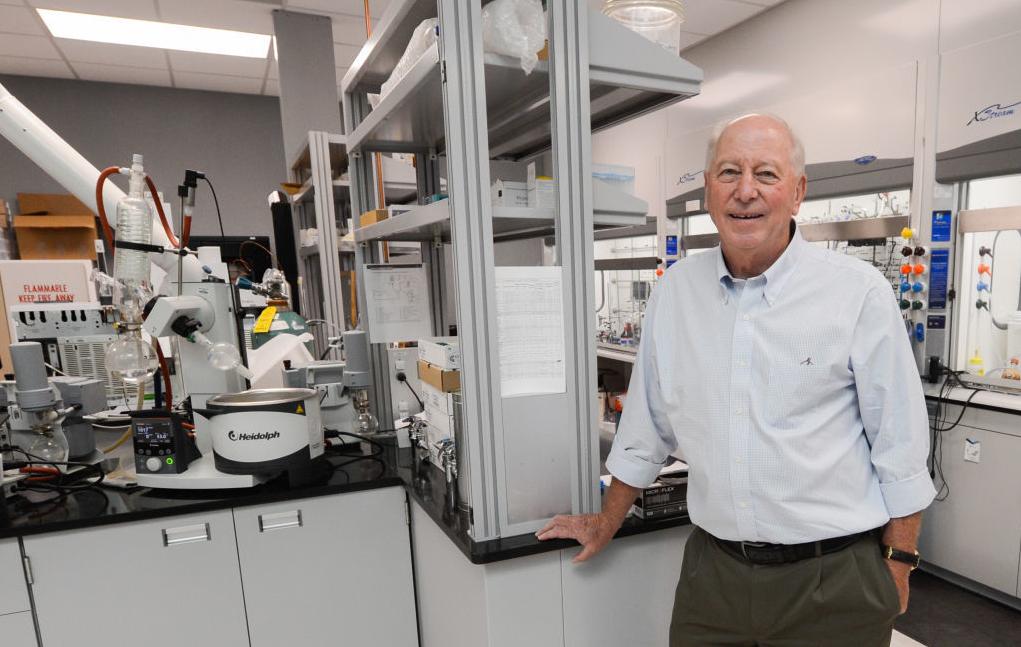 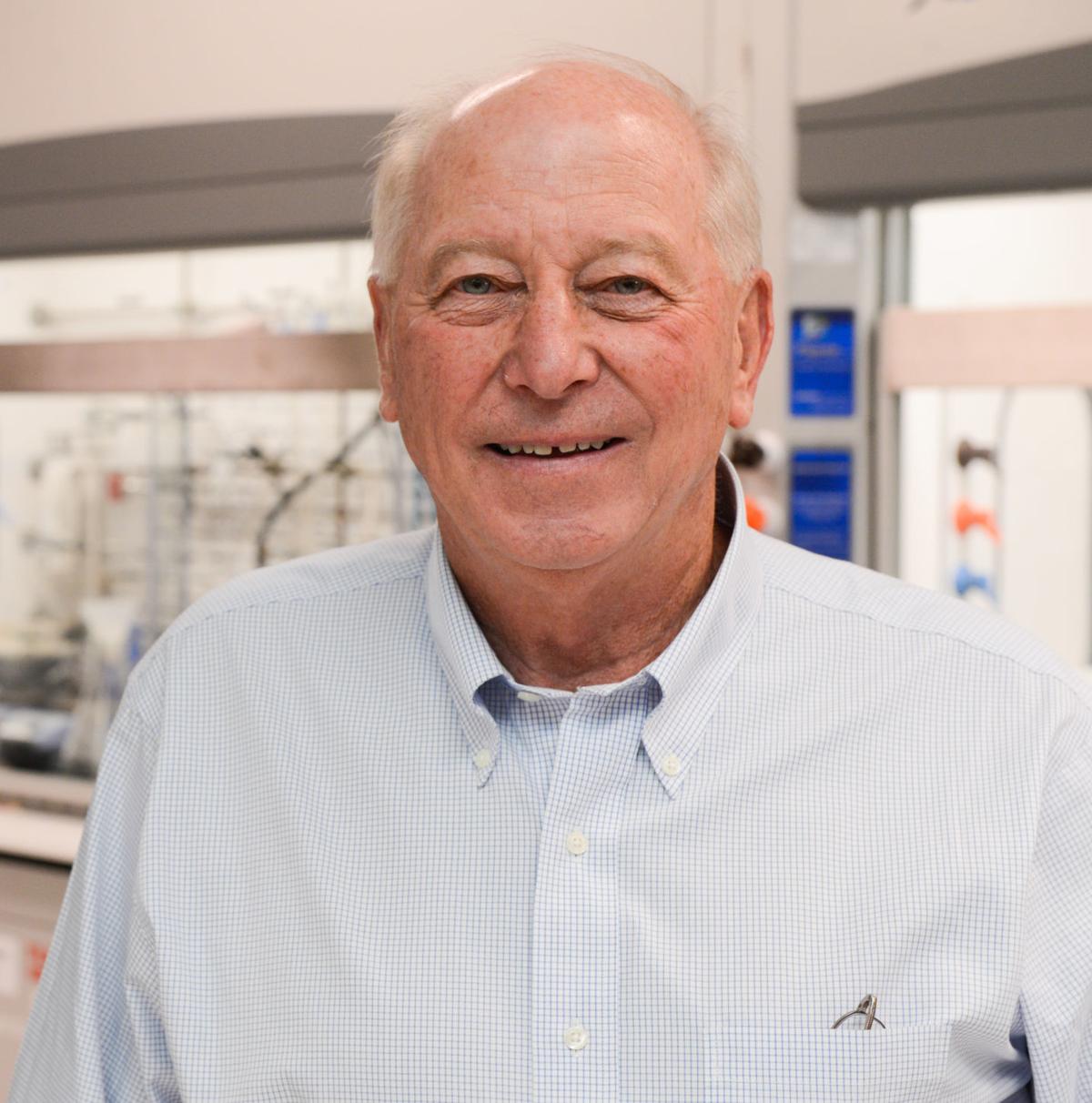 Gupton is founder of the Medicines for All Institute at Virginia Commonwealth University, which in 2019 marks its fifth year of operation (and the 10th year since he envisioned it). With more than $40 million in funding from the Bill & Melinda Gates Foundation, Gupton has spearheaded innovation aimed at improving access to lifesaving drugs for patients around the world.

“He’s a force of nature," said Barbara D. Boyan, dean of the VCU College of Engineering. And he has “changed the landscape of Richmond."

That the institute even happened is a bit of a surprise: After a 30-year career in the pharmaceutical industry, Gupton had retired in 2007 to his beach home in Virginia Beach.

But then came a call from VCU, where he had earned his doctorate – in chemistry – two decades earlier. The school asked if he would consider taking a position there, and with his wife’s blessing, he accepted. Within a year, he was leading the chemical and life science engineering program.

In 2009, Gupton had an idea: What if he could produce lifesaving drugs more efficiently? In his previous career, he was a process development executive for pharmaceutical giant Boehringer Ingelheim, and he knew that lowering manufacturing costs would lower prices for patients and for nonprofits in developing countries.

“It wasn’t that grandiose of an initial idea,” Gupton said, betraying a humble streak that Boyan said belies his impact.

Gupton tested his hypothesis on a drug he originally helped develop: nevirapine, a widely prescribed HIV drug that patients often take for life. He was able to cut the cost of what are called active pharmaceutical ingredients, or APIs, which effectively slashes the drug's production cost.

With help from the Clinton Health Access Initiative, Gupton shared his findings with pharmaceutical companies, showing them how to produce larger quantities of the drug at lower cost. His method also reduced waste in the production process.

The approach was a revelation, and it translated to a 15% decrease in nevirapine’s cost in the marketplace, Gupton said.

In its early stages, Gupton’s team received about $15 million in funding from the Gates Foundation to research a single drug at a time. In 2017, he landed a whopping $25 million grant from the philanthropic organization to solidify the institute and expand its operations over the next five years.

He now leads a team of 50 students and staff in a laboratory in the Virginia Bio+Tech Park.

“The thing they’re working on is going to help global health care," Gupton said. "Equally important, if they are able to improve the process, they’ll actually see it commercialized" – a rare feat in academia.

The larger Gates grant meant Gupton could apply his methods to a dozen treatments for a range of deadly diseases, including malaria and tuberculosis. The funding was also a boon to a university looking to solidify its bona fides as a world-class research institution.

The grant has already fueled further innovation. This year, the institute announced it had reduced the cost to produce a key component of emtricitabine, another HIV drug, by 40% to 60%. To date, Gupton said, the institute has helped lower the production and sales price of six drugs.

He is deferring his second retirement at least five years because he loves working with students so much – and Boyan said the feeling is mutual.

“The students adore him," she said. "He’s the real deal, and they can sense it. They flock to his lab.”

Gupton predicts that the institute’s work will attract more companies to Richmond, fueling economic development as the enterprise born out of his ingenuity gains momentum.

“There isn’t any place in the world," he said, "that’s doing what we’re doing today.”

IN HIS WORDS: FRANK GUPTON

founder/CEO, Medicines for All Institute (at Virginia Commonwealth University)

In high school, I got a D in chemistry. In college, I started as a physics major and had to take chemistry my sophomore year. I had a great instructor, got an A in the course and started my research career working with that professor in the summer at the University of Richmond. Shortly thereafter, I switched my major to chemistry.

I learned several things from this experience. Most important, it’s not how you start – it’s how you finish.

The other important lesson is to be very judicious with your selection of teachers and mentors. They can quickly turn you on or off to an area of interest.

Early in my career, I was traveling with my boss to a chemical plant in Texas. On our way, we pulled up to a stoplight, and he commented on the bumper sticker in the car in front of us. It said: "Life is what you make of Plan B.”

My boss said that should become my credo for the rest of my career, and I have tried to do just that.

I like to build houses. My wife and I have built five houses together over the past 30 years, and we consider it a bonding experience.

In addition to the satisfaction we receive from the completed projects, it actually gives me time to step away from my research and think more strategically about my work in the lab. Many of the ideas that came out of these working retreats have led to a large number of the patents I have received over the years.

My grandfather was a tugboat captain. Although he only had a sixth-grade education, he was very smart and taught himself trigonometry. During World War II, he ran barges between the East Coast and Cuba, and he had to memorize all of the coordinates for the minefields that the Allied forces had placed in this region. He was also very compassionate, wise and funny, and I am very thankful to be his namesake.

A few years ago, my brother gave me a picture of him in his tugboat pulling into the harbor in Cuba. The picture is hanging in my office, and I look at it every morning.

Probably a pediatrician. I have a good friend at the Children’s National Medical Center whom I have been working with on sourcing drugs for neglected genetic diseases, and I can see the impact he is making with these kids.

Nelson Mandela. I have been to Africa several times, and I have never seen anyone who has had a greater positive and lasting impact on so many people over such a short period of time.

My mother. She told us to set our goals high and not worry about failure. Simply put, she gave me and my siblings permission to fail. This is a very liberating concept that has been an essential element of my successes in the laboratory, where most things don’t usually work the first time.

Go to the Masters golf tournament. I have had several opportunities in the past, but they always conflicted with work.

I live on a golf course and really enjoy playing, but it’s very time-consuming, so I don’t get to play nearly as much as I did after I retired from industry – which lasted about six months. Since I joined the faculty at VCU, I have not had much time for golf, and my game has suffered accordingly. As a result, my wife considers me an “utter failure at retirement.”

What is your favorite book, etc.?

My favorite book is "Who's Your Caddy," by Rick Reilly. He's a sportswriter who got to caddy for a number of famous golfers, and I love his sense of humor.

For a movie, "The Graduate" made me think about following a different path. And my favorite TV show is "The Big Bang Theory" – I’m a closet nerd!

We would visit the Virginia Museum of Fine Arts and the Science Museum of Virginia, and we'd play a round at Independence Golf Club. Breakfast would be at Perly's, lunch at Mojo's and dinner at Dinamo, a great small Italian restaurant near VCU. And I would have my friend stay at The Jefferson.

A sense of humor can open many doors for you. Once the door is open, always remember to take the high road in your interactions with others.