Get to know Margaret Freund, president of Fulton Hill Properties
0 Comments
Share this
1 of 2 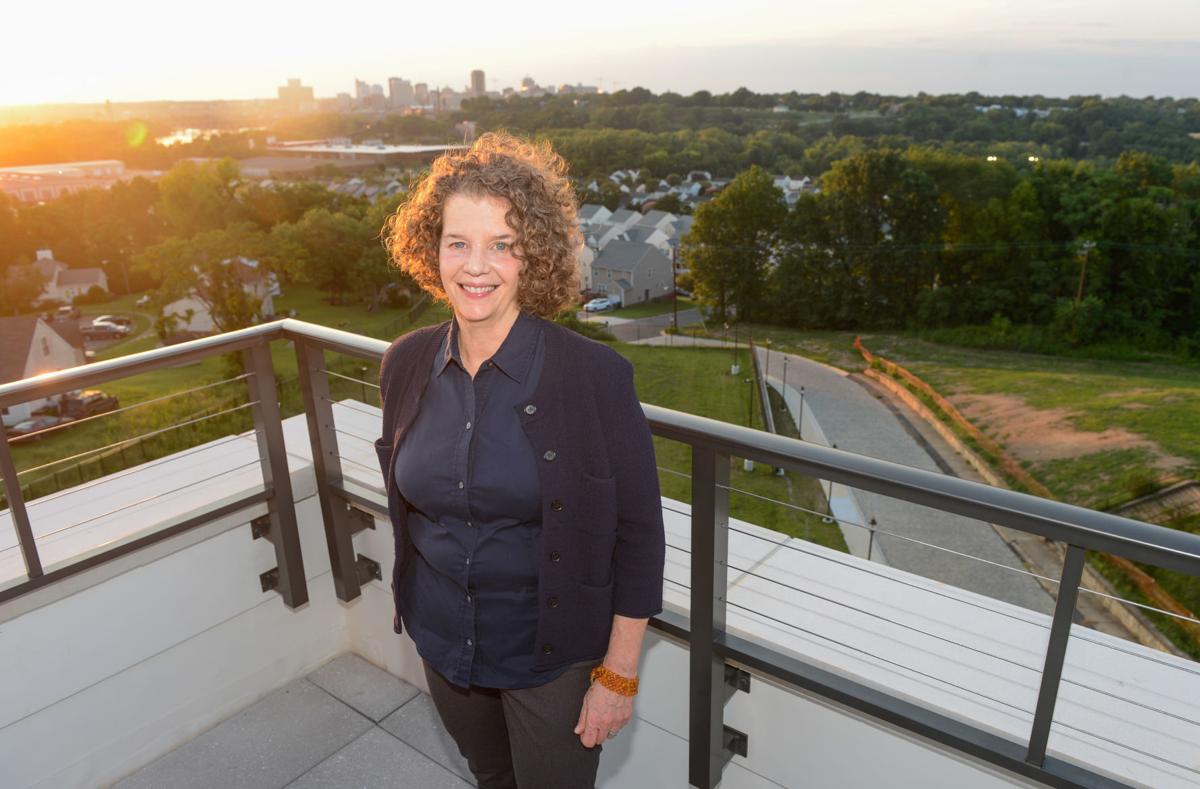 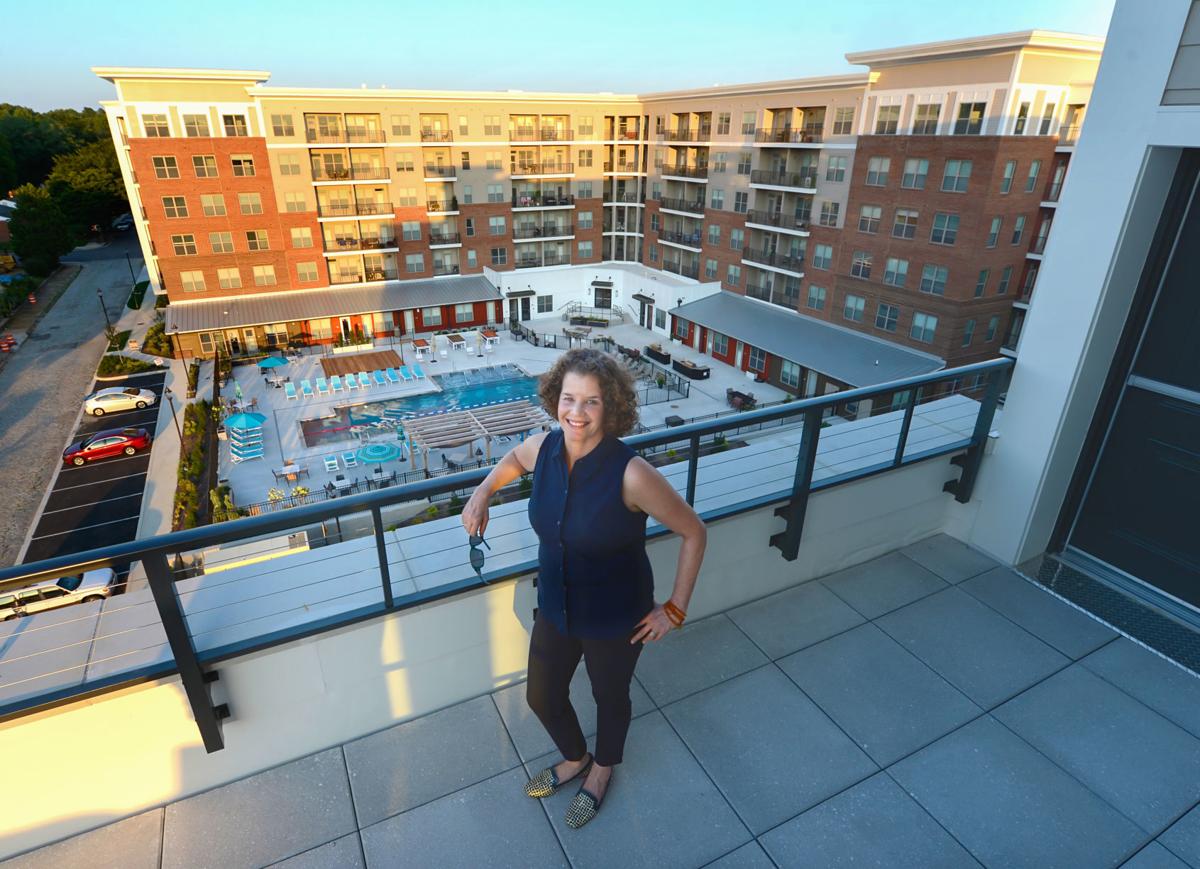 Once a house painter by day, a musician by night and a lawyer by training, Margaret Freund knows something about transformation. She's accomplished it in her own life. She's brought it to Richmond's landscape, too.

Today, Freund is a commercial real estate developer who, for nearly three decades, has made a mark in a male-dominated field – and led the way in seeing potential in neglected areas of Richmond.

Freund is founder and president of Fulton Hill Properties, and in 2019, her newest achievement came online in her company's namesake neighborhood. Artisan Hill, located in the historic Fulton area east of downtown, includes two new six-story apartment buildings and the renovation of the four-story former Robert Fulton School into living and working space.

“I consider Artisan Hill to be our best opportunity to create the tenant and community experience that we have always imagined,” Freund said. “It is the best effort of our ideas to date.”

In redevelopment, the Richmond native has brought plenty of other notable ideas to fruition. In the Shockoe area, they include converting the Lady Byrd Hat factory into a live music venue and nightclub (home now to CarMax Inc.’s digital innovation center); transforming Haxall View, a former cigar factory, into apartments, office and retail space; and turning the Canal Crossing tobacco warehouse into a mixed-use project. She now plans to expand Canal Crossing by adding apartments above the building.

“Margaret early on was one of the trailblazers in Shockoe Bottom,” said Andrew R. Little, principal at real estate investment banking firm John B. Levy & Co. Inc., who has arranged financing for her projects.

“In an era where the only women in real estate were from second- and third-generation family real estate businesses, Margaret built her portfolio with her own smarts, determination and grit – and she has a lot of each,” Little said.

Considering how trendy Shockoe Bottom became, the historic district was a collection of defunct factories and warehouses not long ago. In the late 1980s, Freund was drawn to an old, triangular building along the railroad tracks.

“I loved it. It was such an interesting shape,” Freund said of the iconic building, which opened in 1992 as the now-landmark Bottom’s Up Pizza after her renovation.

A recent law school graduate at the time, she couldn’t get a loan to buy the building, but she talked the owner into carrying the mortgage for her. With that project, she learned the value of historic tax credits to offset expensive renovations of old properties.

“I was hooked,” Freund said of redeveloping beautiful buildings, but "the impact on the neighborhood was an even bigger hook.”

Freund also was early doing redevelopment on the eastern edge of Church Hill, and now Fulton is blossoming through her work, Little said.

While attending Washington and Lee University, Freund worked as an investigator with a public defender – long enough to realize she didn’t want to become a lawyer, even though she earned her law degree. She played and wrote music instead, and she leased space in the late 1980s and early 1990s in Fulton Hill Studios – in the former school that is now part of Artisan Hill.

During the day, Freund's painting business led to doing a few minor renovations. That gave her a taste of what became her career.

“When she sets her mind to get something done and has a vision for how it will get done, you don’t want to get in the way," Little said. "Because it is happening with or without you.”

IN HER WORDS: MARGARET FREUND

My Taylor guitar. I traveled all over Europe with it when I was young, busking at the Pompidou Centre in Paris and playing music festivals in Ireland. I hitchhiked with it from Berlin to Ostend, Belgium, and had great luck getting rides with lorry [truck] drivers. I give the guitar credit for the good hitchhiking fortune.

Horse trainer. I trained a few horses as a kid, and I loved it. It started accidentally when a cousin, who lived on a farm in Goochland County, told me that her farrier friend knew about a young mare that might be bought cheaply. The catch was I had to catch her – and that took seven days.

I got her back to my cousin’s farm and slowly gained her trust. I learned patience for probably the first time in my life.

I trained my last horse for a friend I worked with at Legal Aid when I was in law school at Washington and Lee University in Lexington.

I worked managing construction for the U.S. Embassy at the American compound in Kathmandu, Nepal. I was visiting a friend and planning to trek when a neighbor in the compound where I was living told me about a job with the embassy.

The architect was Tibetan, and the workers were all Nepali. It was a far less technological environment. They carried concrete in what were basically woks.

RBG! Ruth Bader Ginsburg is an icon who has fought for women’s equality her entire career. Or Amelia Earhart, who said: “Never interrupt someone doing something you said couldn’t be done.”

In Washington, I once worked for the Public Defender office as an investigator, doing mental health defense work. One day, police brought a woman to St. Elizabeths Hospital on an emergency order, meaning she represented a harm to herself or others.

She had been sitting with her children at night on the steps of a church, and she wouldn't leave. When police brought her to St. Elizabeths, she was separated from her children.

Part of my job was to meet the client, get a records release signed and take down the client’s story. In this case, the woman was distraught that she wasn't with her children. That night, she hanged herself with the belt from a hospital-issue bathrobe.

While police thought they were helping the woman by bringing her in for treatment and evaluation, the event seemed to be the catalyst for her suicide. This taught me to never think I know what is best for someone else, and that we can easily do harm when we think we are doing good.

Who are your role models?

First, I would say my parents, because they taught me that we all have an obligation to give back to the community. My dad was involved with the creation of the Beth Sholom Home and the Science Museum of Virginia. My mom worked in the Women’s Resource Center at the University of Richmond.

I would also say real estate executive Gerald Hines and architect Bud Hyland, who apprenticed under Frank Lloyd Wright. They inspired me to renovate buildings and develop the built environment. Gerry taught me to always focus on the experience of tenants – and to grow people from within to grow a company. Bud taught me the importance of making spaces functional and integrated.

I used to visit Gerry at his house in Aspen, Colo., during a time when his wife and I were studying Buddhism with the same teacher. Bud designed my parents’ house in Henrico County – and he taught me how to drive. I was fortunate to spend a lot of time with him and hear about his life and the time he spent with Wright.

The Great Recession of 2008. This was a terrifying time in real estate, and it happened so suddenly. I learned that when things are very difficult, it’s important to keep working hard every day and finding the things you can do to make progress.

Hike parts of the Pacific Crest Trail along the West Coast. I grew up hiking in the Blue Ridge and the Presidential Range in New Hampshire, and I have hiked a lot in Colorado. But the Pacific Crest has always been a dream of mine – not necessarily the entire thing, but from what I have heard and read, certain parts of it are spectacular.

What is your favorite book?

Marilynne Robinson’s "Gilead," which is a heart-rending story full of history but deceptively quiet in how it’s written. I first read it because it was on a favorite book list of President Barack Obama, and I reread it just because I couldn’t bear to part with Robinson's beautiful prose.

For an inside environment, we'd go to the Virginia Museum of Fine Arts. For the great outdoors, we'd visit Belle Isle, cross the Tyler Potterfield Memorial Bridge and enjoy a bike ride on the Virginia Capital Trail.

Resist divisive trends, and find common ground with others.