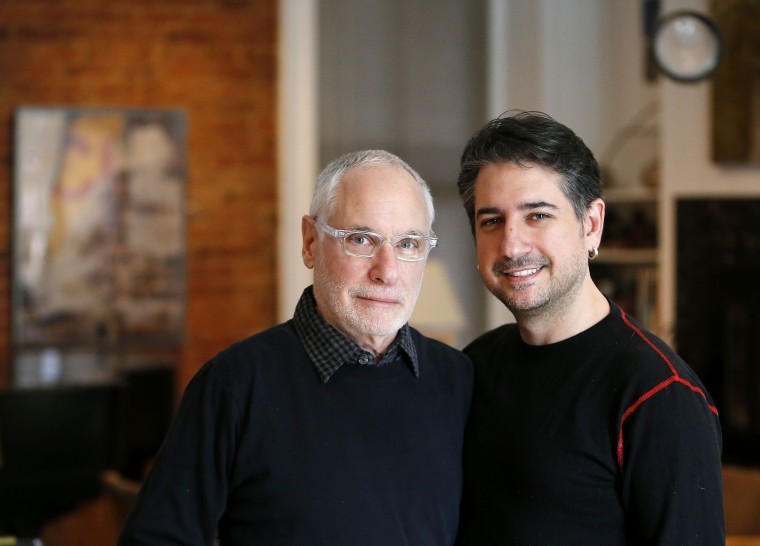 Father and son artists Chuck Scalin and Noah Scalin from Richmond are readying to show off some of their latest work. 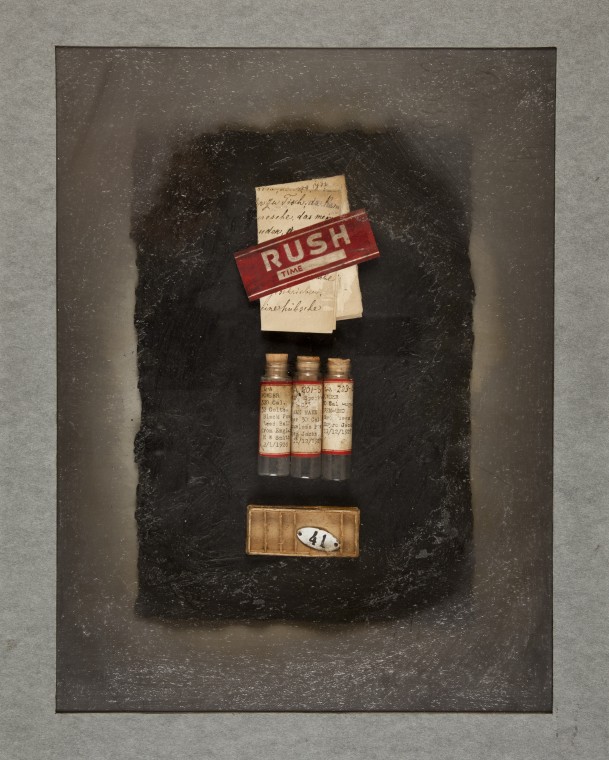 Chuck Scalin’s “Body of Evidence” assemblages were inspired by his fascination with crime-scene procedural television programs. 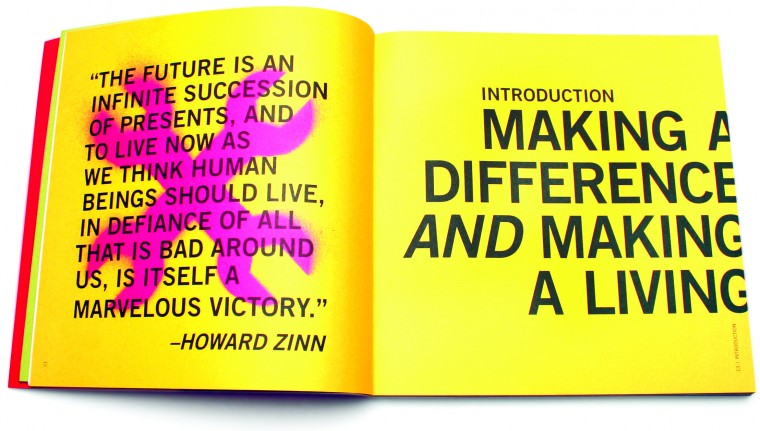 Noah Scalin, who owns the socially conscious graphic design and consulting firm Another Limited Rebellion, said he created “The Design Activist’s Handbook” because “more designers than ever want to do good but in the real world the details can be tricky.”

The desire to create art isn’t just in the blood of the members of the Scalin family. It appears to be in their very DNA. “We’re a family of four practicing, professional artists,” said Chuck Scalin of himself, wife Mim, son Noah and daughter Mica. He laughingly called the foursome “a little dynasty.”

Noah’s earliest influence was the constant creation of art in the Scalin household. “When Noah was growing up, his mother and I were working, professional artists, always in the studio,” Chuck said.

“I remember bringing friends over and saying, ‘Let’s go upstairs and play in the studio,’ Noah added. “They’d say, ‘What’s a studio?’ That was my indication that I clearly didn’t have a normal upbringing.’ ”

Noah credits his parents for their persistent encouragement of his creativity and their endless exploration of new art forms. “They both influenced me by continually redefining their work,” he said. “In 30 years I know I’ll still be showing people a new side of my own work.”

The inspiration for Chuck’s new project? Crime. Crime-scene procedural television shows fascinate Chuck. In fact, they inspired him to create 14 assemblages, each containing items – old photographs, handwritten letters and vials of gunpowder, for instance — from hypothetical police-evidence boxes. After he exhibited the works locally last March, his daughter escalated the project by telling him that the assemblages now needed stories.

Indeed they do, thought Chuck. He reached out to 14 writers, mostly Richmonders, and asked each to write a story around a single assemblage. Tom De Haven, who’s written 18 books, then wrote the lead story explaining the origins of the evidence boxes.

Virginia Commonwealth University professor Meriah Crawford wrote another of the stories and served as editor for the project. “The stories I received were extraordinarily inventive and positively delighted me to read,” she said. “It’s a sign of really fantastic writing when an author can read something and say, ‘Wow, I wish I’d written that.’ ”

Chuck is combining the stories and their corresponding images into 100 limited-edition “Body of Evidence” book-art boxes, each being hand-assembled by designer Meena Khalili. The public will see Chuck’s original assemblages and 30 of his new book-art boxes for the first time at a special event on Wednesday. Several writers will read their stories that evening, including dark tales of a mysterious dog boy, a schoolteacher with a bizarre and horrible mission, and an actress exacting a cruel toll from the city of New Orleans.

The inspiration for Noah’s new project? Consciousness. When you attend your first protest march in a baby stroller, it can plant a seed that lasts a lifetime. That’s what happened with Noah, an artist/activist who owns Another Limited Rebellion, a socially conscious graphic design and consulting firm.

For Noah, owning a socially aware company is about “working from an ethical perspective.” The goal of his most recent project, “The Design Activist’s Handbook,” is to help other graphic artists do the same. “This is my chance to reach the greater public to talk about the idea of running a business in a way that allows you to feel good about yourself,” he said.

The book is Noah’s fourth. It joins “365: A Daily Creative Journal,” “Unstuck: 52 Ways to Get (and Keep) Your Creativity Flowing,” and “SKULLS,” which landed him an appearance on “The Martha Stewart Show” in 2008.

Last month, Noah participated in a panel discussion in New York during “Design Rebels Unite!”, a launch event for his new book. Three other notable socially conscious designers joined him to talk about how they make both a difference and a living.

Since 2003, Noah has taught Design Rebels, a socially conscious design class at VCU. He also writes an award-winning blog with an international following, creates installations in art museums and galleries around the country, and lectures around the world on the subject of creativity.

His very latest project? His first child. The newest member of the Scalin artistic dynasty is due to join Richmond’s creative community in March.

Where: The Visual Arts Center of

Lohmann: A year ago, Richmonder and Irish dancer Morgan Bullock posted a video on TikTok. Now she's a global star.

The Irish prime minister invited her to Ireland for the March 2021 St. Patrick’s Day Festival; Riverdance, the theatrical show of traditional Irish music and dance, asked her to perform with the show’s U.S. tour when it comes to Virginia; and Beyonce’s mother shared the video online.

What happens after a girl group’s chart-topping days are over? Do they all go onto solo careers? Or do they disappear from the spotlight?

Britney Spears slams the documentaries being made about her life

Britney Spears is tired of all the documentaries being made about her life, specifically when it comes to her court-ordered conservatorship.

A federal judge on Wednesday allowed former reality TV star Josh Duggar to be released as he awaits trial on charges that he downloaded and possessed child pornography.

Father and son artists Chuck Scalin and Noah Scalin from Richmond are readying to show off some of their latest work.

Chuck Scalin’s “Body of Evidence” assemblages were inspired by his fascination with crime-scene procedural television programs.

Noah Scalin, who owns the socially conscious graphic design and consulting firm Another Limited Rebellion, said he created “The Design Activist’s Handbook” because “more designers than ever want to do good but in the real world the details can be tricky.”