As I prepared to leave Mom in the skilled-nursing facility, I felt the usual drop in the pit of my stomach. She asked me almost pleadingly to take her home. “Please, don’t leave me here by myself,” she pleaded. I told her she was not by herself and I would be back tomorrow.

Finally, I told her that I had to go and take my friend home. I gave Mom a piece of sugar-free candy, and we slipped out the door. I sighed as I realized I had told Mom another little white lie.

Mom has lived with me since she was 90. When she was more rational, she would often say she made the decision to come live with me. Actually, it was when my cousin and I determined she could no longer live by herself that I moved her from her beloved Farmville to Richmond with me.

A few weeks ago, with assistance from her wonderful “angel aide,” me or her son-in-law, Mom had been able to get out of bed, walk to the bathroom or go to the kitchen for her meals. We noticed she was having increasing difficulty walking. Then came the day she could barely walk at all. I called 911, and she was taken to the emergency room and admitted to the hospital. After many X-rays and vials of blood, the diagnosis was pneumonia.

Four days later, the doctor released her to a skilled-nursing facility because she still was not walking very well.

The nursing home was a new experience for us. I’d discussed with a friend the possibility of Mom going to a nursing home, and she said, “Do what you have to. She’s the only one I know her age who is not in a nursing home.”

I chose a newer facility near our home, and Mom was transported by ambulance. After she was prepared for bed, I got ready to leave, and her chant of don’t leave me began. I left. She and I began to learn to live in someone else’s home.

When I went in the next day, the previously non-talking roommate said loudly, “She cried for you all night.”

I needed that, right.

Quickly, I am learning the vagaries of the nursing facility. One aide said I could go behind the counter to get a cup of coffee or heat the lunch I bring Mom daily; another said not to.

One resident saw me buttering Mom’s biscuit and asked me if I would “fix her bread.”

Sometimes, I wonder who will know what and how I like my food and if, or rather when, I need help.

Mom is such a valiant woman. I watch her and the other residents deal with aging with such dignity and, to me, sadness. When I think of all the stages of life, it seems to me this is the most difficult.

This has been a lonely journey caring for my mom. Friends whom I thought would be there have not been. On the other hand, others have called, emailed or texted almost daily. I saw a friend whom I had not seen in at least 10 years in the dining room while she was visiting a relative. We exchanged numbers. The next day, she texted me to say she was feeding Mom her supper. Or the friend who called and asked how Mom was doing and went by to sit with her for hours at night. Mom shared stories with that friend that warmed her heart.

An administrator has given me a projected day that Mom can go home based on her progress. I rejoiced but not for long, because I know I have to get things in place for her homecoming.

Barbara B. Chapman is a retired middle school principal. 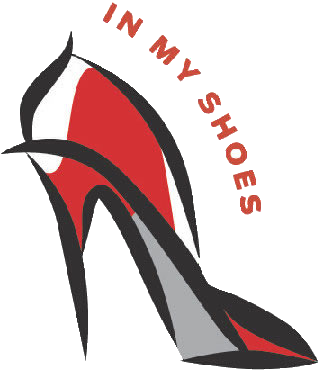 In My Shoes promo

Remarkable women and occasionally men who’ve been through it all tell their stories.