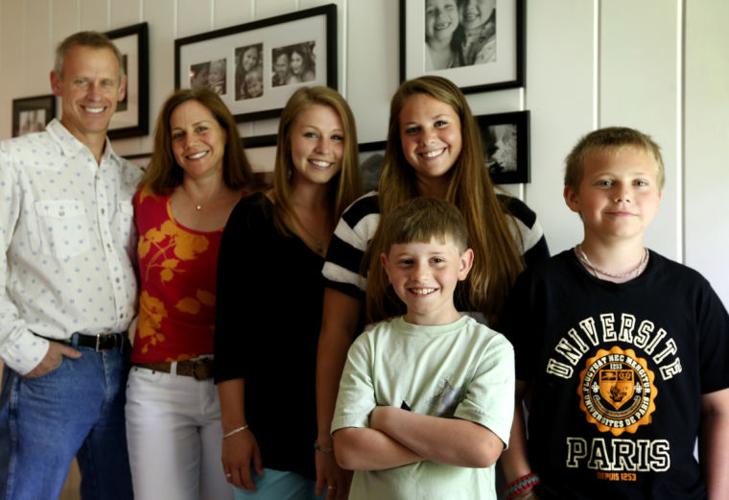 Robert Cooper Timberline (far right) started his acting career at age 7 when he appeared in a Richmond production of “A Christmas Story.” He lives with his parents, David and Holly; sisters (from left), Sage and Bryce; and brother, Mason. 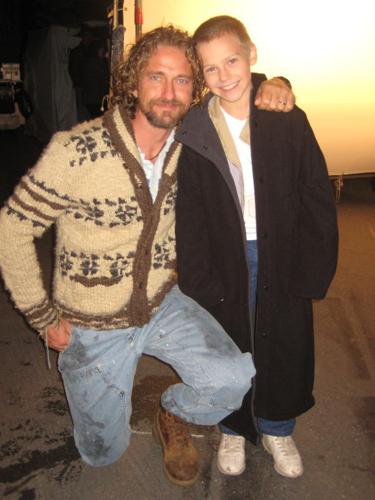 He could be just any average, red-blooded American boy, with his black “Walking Dead” T-shirt, khaki cargo pants and random ink doodles running up and down his left arm.

But there is something else about 12-year-old Robert Cooper Timberline — something special that strikes you immediately in his firm handshake, quick wit and the way he looks you in the eye.

This kid is going places, you say to yourself. And when “Man of Steel,” the latest entry in the long-running Superman film series, hits theaters nationwide Friday, the world will get to see just how far he has come already.

A skilled and hard-working Richmond actor who first appeared on stage as a 6-week-old infant in a Theatre IV production of “The Sword and the Stone,” Robert graces the silver screen in the new movie as 9-year-old Clark Kent, the mild-mannered and unassuming farm boy who will one day grow up to be Superman.

Though Robert expects to appear only in a few of the film’s early scenes — he splits duty as young Clark with actor Dylan Sprayberry, who plays the character at age 13 — portraying the budding superhero is an essential prelude to the crowd-pleasing action scenes carried later in the film by Henry Cavill in the title role.

In this reboot of the classic Superman story, “Man of Steel” director Zack Snyder returns us to the superhero’s origins, first explored in Richard Donner’s 1978 blockbuster “Superman,” starring Christopher Reeve.

As in that first big-screen installment, the newborn boy’s parents Jor-El and Lara Lor-Van (Russell Crowe and Ayelet Zurer) catapult him on an interstellar journey to Earth just as their own planet, Krypton, is about to be destroyed.

Found and adopted in Kansas by Jonathan and Martha Kent (Kevin Costner and Diane Lane), young Clark soon begins to grapple with his array of Kryptonian superpowers.

For Robert, third of four children of Holly Timberline, a local writer and teacher, and David Timberline, a C.F. Sauer business analyst and Style Weekly theater critic, the thrilling journey to the “Man of Steel” film set began with his first professional theater gig at age 7 — a role in Theatre IV’s “A Christmas Story” that he won on his first audition.

Just what did the stage director see in him then?

“Well, I don’t know, but I was young and cute and had a high voice!” Robert said with a laugh. “And that was exactly the character — a cute little kid.”

Over the three years that followed, Robert took numerous roles with local and regional theater companies in productions including “Peter Pan,” “Children’s Letters to God,” “Oliver,” “A Christmas Carol” and “The Sound of Music.”

“He was working so regularly, it was suggested to us that maybe he should audition for Broadway and possibly get an agent,” says David Timberline, who with his wife practically raised Robert and his three siblings, Sage, Bryce and Mason, on local theater productions and Broadway soundtracks.

Once signed with an agent, the Timberlines began making regular trips to New York so Robert could audition for various stage and screen productions. In late 2010, Robert spent 10 weeks as a cast member of the Radio City Music Spectacular, the traveling version of the famous Rockettes show.

He also has appeared locally in several short films produced by VCU students.

Then, in spring 2011, when Robert was 10, he received an audition request for an “unnamed Warner Brothers project” that included a monologue the studio wanted him to tape and submit.

Luckily, the Timberlines had already learned to videotape Robert’s auditions at home to avoid the frequent trips to New York.

“We were getting to be pretty good at the taping process by then,” his mother recalls. “We kept a light-blue sheet thumbtacked to his bedroom wall, and we would roll our laundry hamper in there to clip work lights to. Sometimes, we would make cue sheets and tape them up on the metal poles of the hamper.”

After the Timberlines submitted the tape, the studio asked Robert to audition again in Los Angeles with director Snyder himself.

Several weeks after Robert and his father made the trip to L.A., their agent called with the news: Robert had won the part of 9-year-old Clark Kent.

“I went directly to the comic book store and bought a Superman comic to give him when I got him from school,” Holly recalls. “I just remember him saying, ‘I got it?’ with this look of disbelief on his face. He may have gotten just a touch teary as well — what boy hasn’t dreamed of being Superman?”

Principal shooting for “Man of Steel” began several weeks later in Aurora, Ill. He bonded quickly with Snyder over comic book likes and dislikes, and hit it off with Dylan Sprayberry — his Clark Kent counterpart — through sightseeing trips to nearby Chicago and time spent at an area climbing gym.

Robert and his mother, who accompanied him during his two weeks of shooting, also met several of the film’s stars, including Henry Cavill. Robert introduced himself to the adult Superman by saying, “Hello, I’m the young you!”

Unfazed, Cavill cheerfully replied: “Oh! It’s an honor to play the older you!”

Mother and son later met Kevin Costner, who had no filmed scenes with Robert’s character but was on hand to pose with him for still photos used for flashback sequences in the finished film.

Holly also spent time off the set with a baseball-cap-wearing woman who introduced herself as “Amy.” Only later did she realize she had met actress Amy Adams, who plays Daily Planet reporter and Clark Kent love interest Lois Lane.

Prior to shooting, Robert received a special invitation from Diane Lane to visit at her hotel so she could get to know him better and briefly rehearse their key scene as mother and son.

As filmed, their scene comes at the end of a sequence in which young Clark, like a kid going through a sudden growth spurt, finds himself overwhelmed at school by his ever-sharpening senses of sight, sound and speed.

“Suddenly, I start zooming in on things — going into X-ray vision — and I start hearing everything, and between all these shots, because I have super hearing, the clock is really loud, going TICK-TOCK!” Robert says of the scene. “Then I scream and book it out of the classroom.”

Faster than a speeding bullet, Clark shoots down the hall and into a supply closet, keeping his teacher at bay by aiming his “laser vision” at the doorknob. Lane, as Martha Kent, soon arrives to calm and reassure her extraordinary son.

During their visit prior to filming, the two drank ginger ale at the hotel bar, traded musical theater stories, and tossed a ball around the parking lot. Lane even presented Robert with a new baseball glove as a special gift.

Though shooting wrapped nearly two years ago, Robert and his movie mom have stayed in touch via email.

After “Man of Steel,” Robert and his father spent three months flying back and forth to Santa Cruz, Calif., when Robert was cast to play the boyhood version of famed surfer Jay Moriarity in another feature film, “Chasing Mavericks,” released last year.

But the moviemaking grind and time spent away from family, friends and routine at Richmond’s Seven Hills Middle School, where he is now a rising seventh-grader, soon became Robert’s own private Kryptonite, the green radioactive ore that robs Superman of his strength whenever he comes near it.

“Being an actor can be a reductive enterprise,” Robert’s father says. “With all the lighting, sound, green screen and multiple takes, you’re sometimes not much more than a prop that happens to walk and talk.”

So the young actor has decided to take a break from movie roles and pour his energies into other interests closer to home, such as creating Internet comic-book animation, making digital movies with neighborhood friends, and performing at Richmond’s ComedySportz Improv Theatre.

Robert’s family fully supports his decision to move on: David and Holly — much like Jor-El and Lara, Jonathan and Martha — want only the best for their son as he seeks his own path and grows into the man he was meant to be.

The boy who would be the “Man of Steel” puts it even more matter-of-factly.

“I read, and I’m smart, and I get good grades, and I like ice hockey, and drawing, and art, and bouncing on the trampoline,” Robert says with a smile. “I’m not the movie guy. I’m the other guy.”

Actor who plays young Superman to appear at theater

Robert Cooper Timberline (far right) started his acting career at age 7 when he appeared in a Richmond production of “A Christmas Story.” He lives with his parents, David and Holly; sisters (from left), Sage and Bryce; and brother, Mason.