Did she just say what I think she said?

Oh yes, you heard her right, and there’s plenty more where that came from. So get ready to just sit back and surrender. Because the multitalented comedian Chelsea Handler has a lot on her mind, and she’s not afraid to share — and even overshare — every blunt, piercing, honest detail of her life and times.

Scooping up inspiration from her self-described wild-child New Jersey youth and the vagaries of a comedy career that now spans nearly 30 years, Handler has long regaled her stand-up audiences with witty, wry observations on such subjects as flaky girlfriends, pokey airport vendors, questionable intoxicants, narcissistic mothers, annoying traits and habits of the men she meets, and the ongoing ups and downs of her “peekachoo” (her pet term for lady parts).

“This material that I’m doing now is just kind of coming off of COVID and how ridiculous we all behaved during this pandemic and all the ridiculous things that we all got up into,” Handler said, laughing, by phone from New York, where she recently kicked off her tour’s summer dates.

Not for Handler, 47, who is unmarried and laughs at how her own hypervigilance during the COVID-19 pandemic actually helped her screen male suitors who visited her Bel Air, Calif., home.

“I had COVID tests at my home where I would test guys that came over in my backyard,” she said. “It would take about 30 minutes to run the diagnostics, but during that time, I would use that as sort of an interview time, and if they said anything annoying, or if I saw any ‘man jewelry,’ I would just tell them, ‘You have COVID, and you need to quarantine for two weeks!’”

The youngest of six kids born to a Jewish father and Mormon mother, Handler remembers growing up in an oddball family that was scarred by the death of her 21-year-old brother, Chet, in a hiking accident when she was 9 years old.

But Handler’s irrepressible energy, tinged with lasting grief over her brother’s death, helped cultivate a brash and quirky independent streak.

Boarding a plane to California to attend her grandfather’s funeral, for example, Handler recalls asking her parents about the people sitting in the front of the plane.

“Oh, honey, this is first class,” her mother told her. “We’re never going to sit here.”

“And I was, like, ‘Speak for yourself!’” Handler recalled. “The next time we went away to California, I had saved up all my babysitting money and gotten my own first-class ticket, and when my mom and my sister and I boarded the plane, I sat in seat 1A and said, ‘I’ll see you at the end of the flight!’”

By her own account — and in stories familiar to her diehard fans — Handler spent her teenage years firmly in the fast lane.

Once out of high school, she decided to skip college entirely.

“I just didn’t think college was going to be a good use of anyone’s time — the college’s or mine,” she said. “It was just going to be basically four years of me having a party. And I wanted my life to begin.”

Plopping behind the wheel of a used Audi Quattro her father gave her, Handler headed west at age 19 with no clear plan. She arrived in Los Angeles and immediately moved in with her aunt and uncle and their nine children.

“I became their de facto nanny — if you can call it a nanny,” she said, laughing, “because I would take them all to school in the morning in a giant minivan, listening to Howard Stern while I had 6- and 7-year-olds in the car.”

But even as friends and acquaintances delighted by her deadpan wit and kooky takes on daily life kept urging her to try stand-up comedy, she froze at the idea of putting herself out there.

“But then I thought: Alone? On stage? With a microphone?” she recalled. “That’s exactly what someone like me should be doing! I’m not good at taking direction from a lot of people. I’m kind of a one-man show.”

“So I did it, and it was the best decision I ever made, because it just opened up the doors in so many ways for me careerwise,” she said. “When you’re a stand-up, you kind of create the world you’re in. Everything is kind of created around you. Any creative endeavor is focused on you. You’re not an actor-for-hire being placed in a role. You’re kind of in charge of your own destiny, so to speak.”

Ever the character but never a caricature, Handler has grown into something of a comedy overachiever, venturing into multiple television and film projects that have given audiences a more intimate look at her personal life and showcased her talents as an unexpectedly empathetic listener and cultural observer.

More recently, Handler took time out from her stand-up work to produce a documentary series in 2016 for Netflix titled “Chelsea Does,” four one-hour episodes that explored the subjects of marriage, racism, drugs, and the culture of Silicon Valley.

That same year, she presented “Chelsea,” a comedy talk show for Netflix, which ran for two seasons.

Handler, who has also written six bestselling books, is currently working on a seventh.

She returned in force to the stage in 2020 with “Chelsea Handler: Evolution,” a stand-up comedy special for HBO Max based on her 2019 book, “Life Will Be the Death of Me,” that mixes snappy comic skewering with more candid memories of her family and early career. The book is being developed as a television series starring Handler for NBC Universal’s Peacock streaming platform.

Her unflinching and impatient — yet surprisingly vulnerable — takes on life’s complications have also found a place in the audio universe with her advice-oriented podcast, “Dear Chelsea,” which began broadcasting in 2021 on iHeart Radio.

Still, it is her stand-up comedy performances that bring us Handler at her most unfiltered and frank.

“I took about six years off from stand-up, but now that I’m back doing it, it’s kind of brought me back to my roots,” Handler said.

“To come back to it at this phase in my life where I do have so much to say,” she said, “and I am so focused, and I’m so dedicated to my craft, and learning that it’s better to do a couple of things at the same time instead of eight or nine poorly, that it’s better to do two or three really well, it shows in the integrity of my work, and I’m really, really proud of that.”

So if there’s still no telling what this comedy star might say next, what should her stand-up audiences be ready to hear now?

“Just my honesty. They know I’m not full of s---,” Handler said, dropping a dose of her trademark salty language. “If I’m saying something, it’s because I believe it. That’s what anyone expects from me.”

Big Field Day: Fitz and The Tantrums and St. Paul and the Broken Bones

Music in the Park Presents: The Super Sugar Beats

Early in “Fairy Tale,” Stephen King points out that the original “Jack and the Beanstalk” was much darker and more violent than the version th…

Formerly laid off chef charts culinary journey from Michelin-starred spots to Midlothian Chef’s Kitchen: his own space to create polished, whimsical dishes. Now it's a fine dining destination producing some of the most elevated and inspiring cuisine this side of the Powhite Parkway.

'Cocomelon LIVE!' based on YouTube kids' program headed to Richmond

"CoComelon LIVE! JJ’s Journey," a musical version of the popular YouTube kids' program, is headed to Richmond's Altria Theater on Dec. 7 at 6 p.m.

When Demetrios Tsiptsis took over New York Deli in 2004, he knew he wanted to open a rooftop deck. But at the time, he said, “I just couldn’t …

When she was a little girl growing up in Virginia Beach, Lesley Russell would make the annual trek up the road to Richmond to the State Fair o…

There’s a lot happening on the Richmond restaurant and beverage scene this week. Here’s what you need to know.

State Fair of Virginia is back in full swing

On its opening day, the State Fair of Virginia was met with a crowd of visitors waiting outside the gates at 10 a.m. – the first crowd of its size in years. 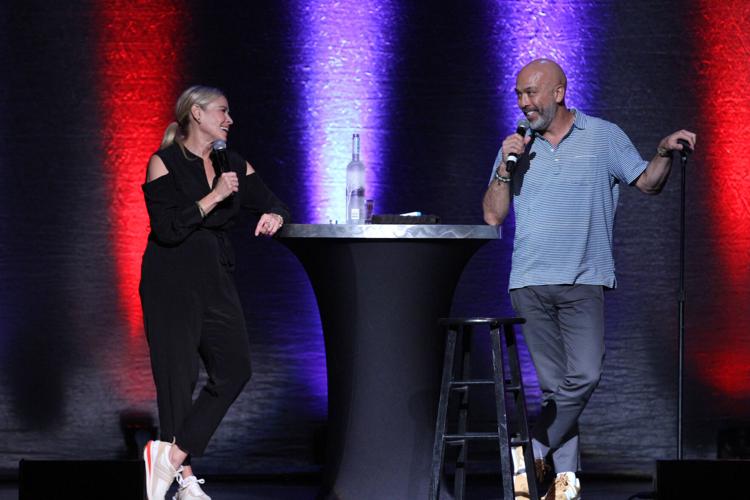 There’s no telling what Chelsea Handler, here with boyfriend-comedian Jo Koy, might say. 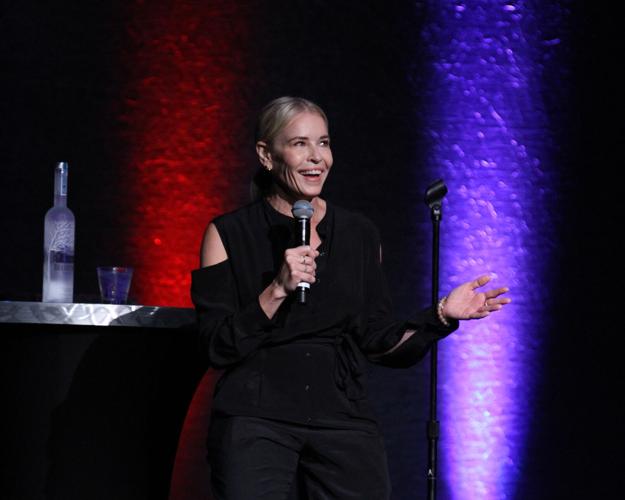 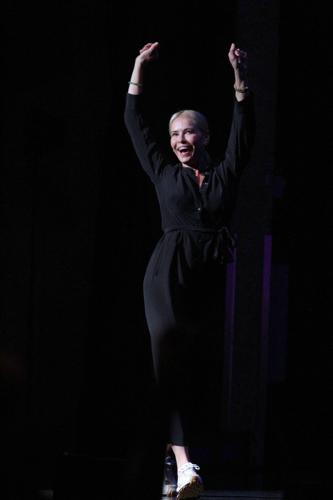