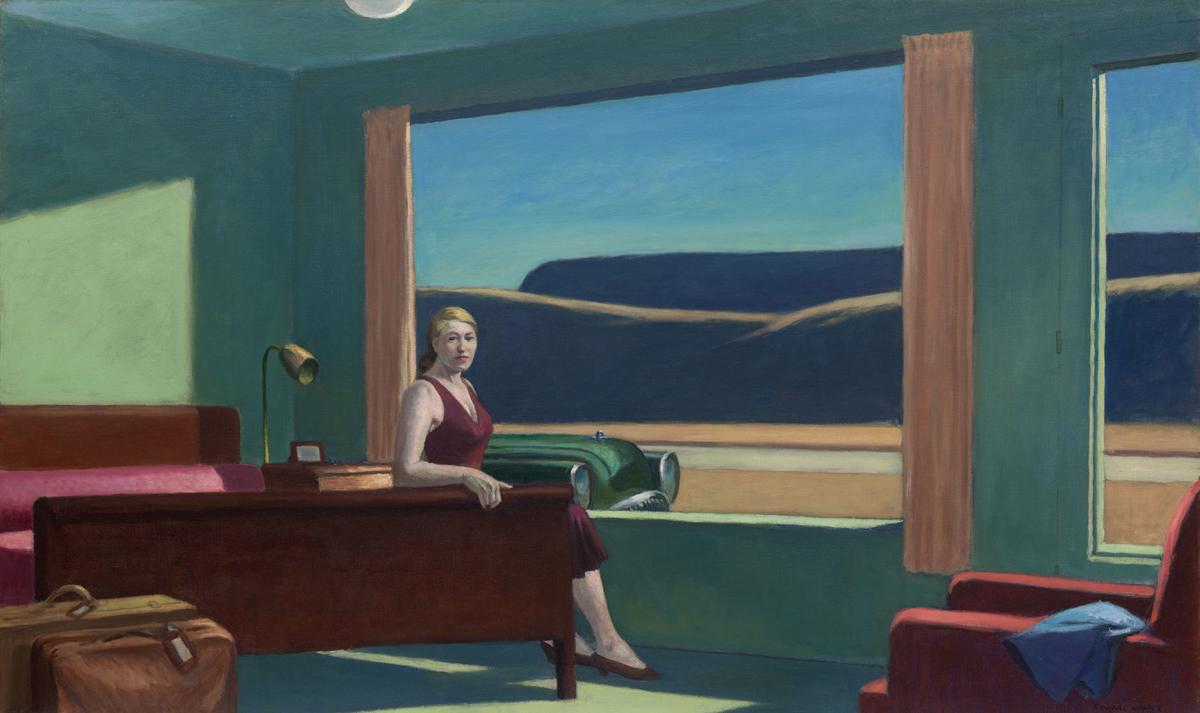 The Virginia Museum of Fine Arts plans to create a room that replicates the one depicted in Edward Hopper’s “Western Motel” as part of its exhibit this fall. 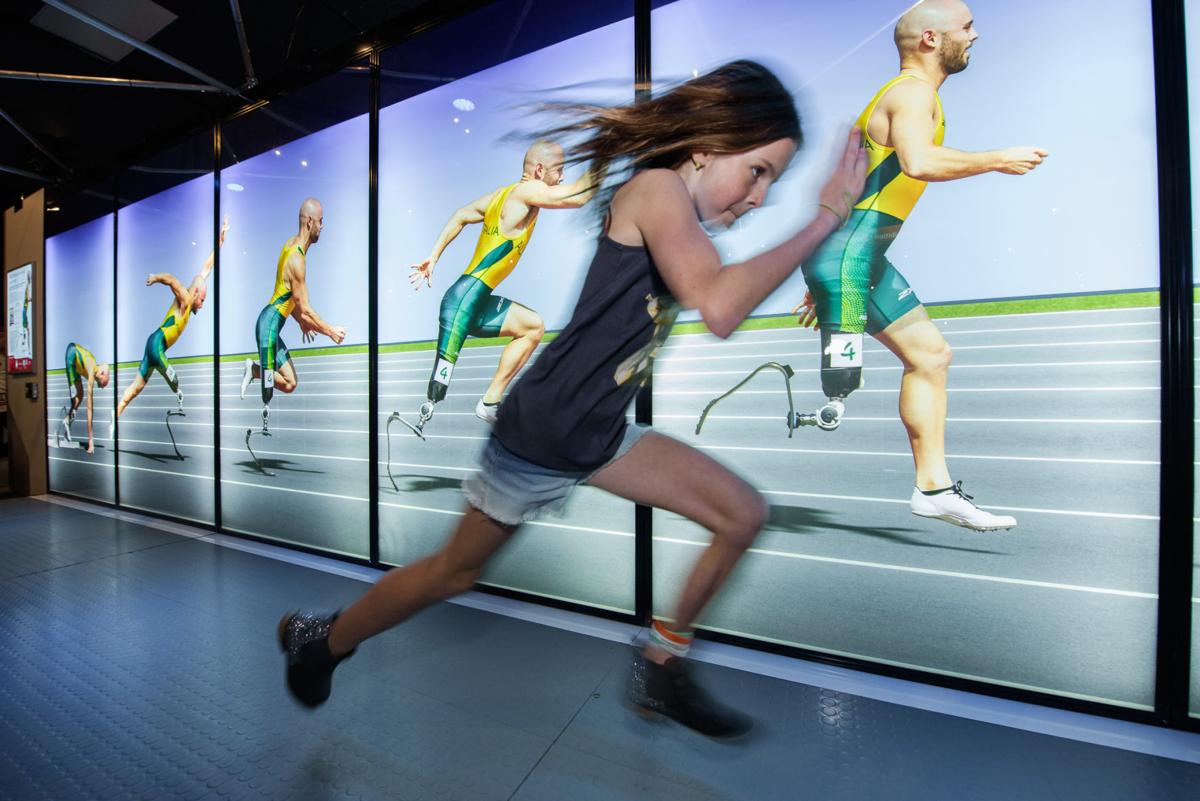 The Science Museum of Virginia’s fall exhibit, “Bionic Me,” explores how technology takes inspiration from the natural world. 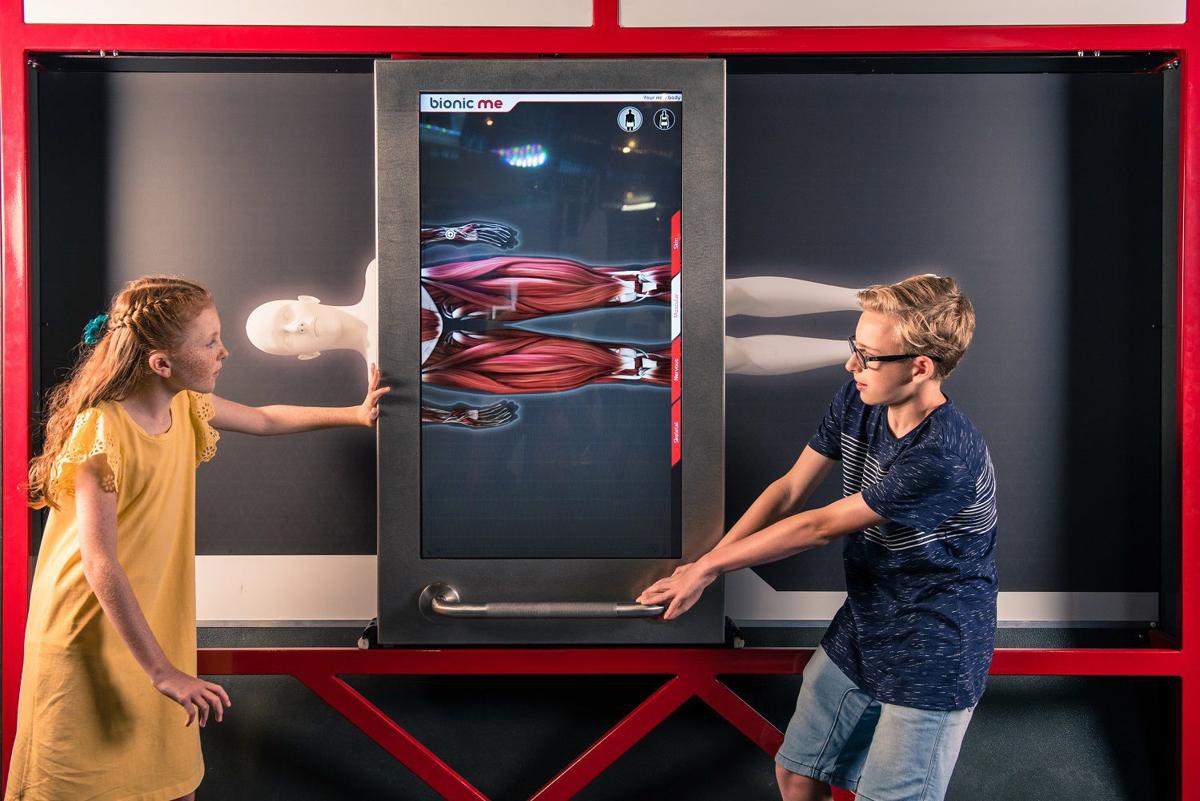 Science Museum of Virginia “Bionic Me” 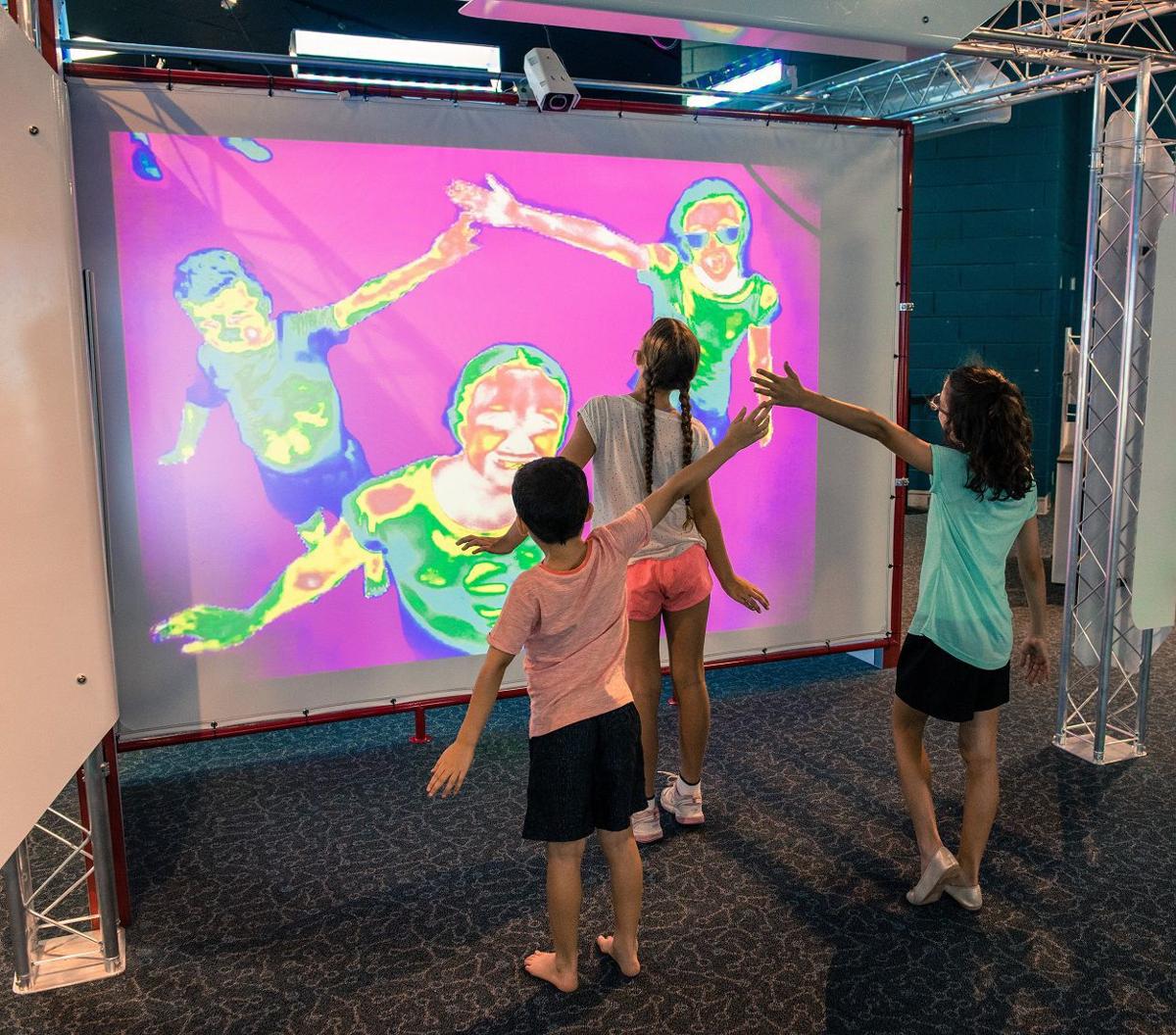 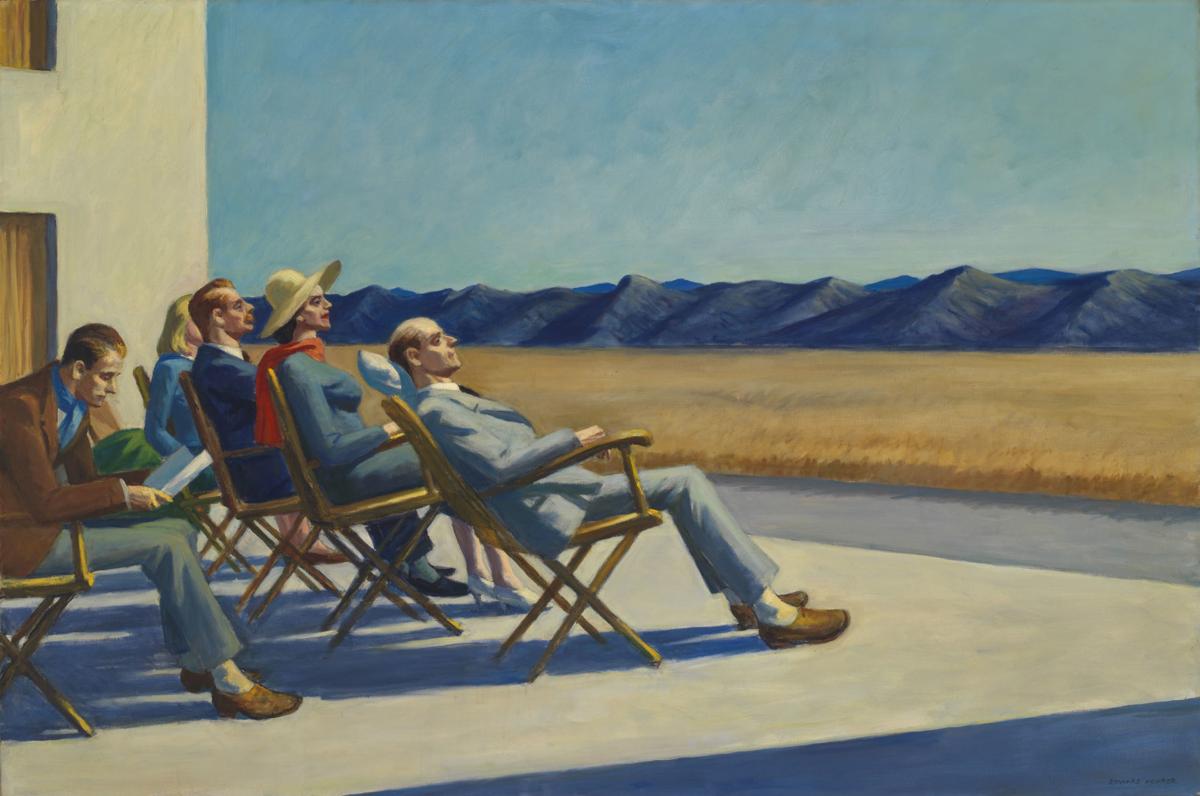 Edward Hopper’s “People in the Sun” 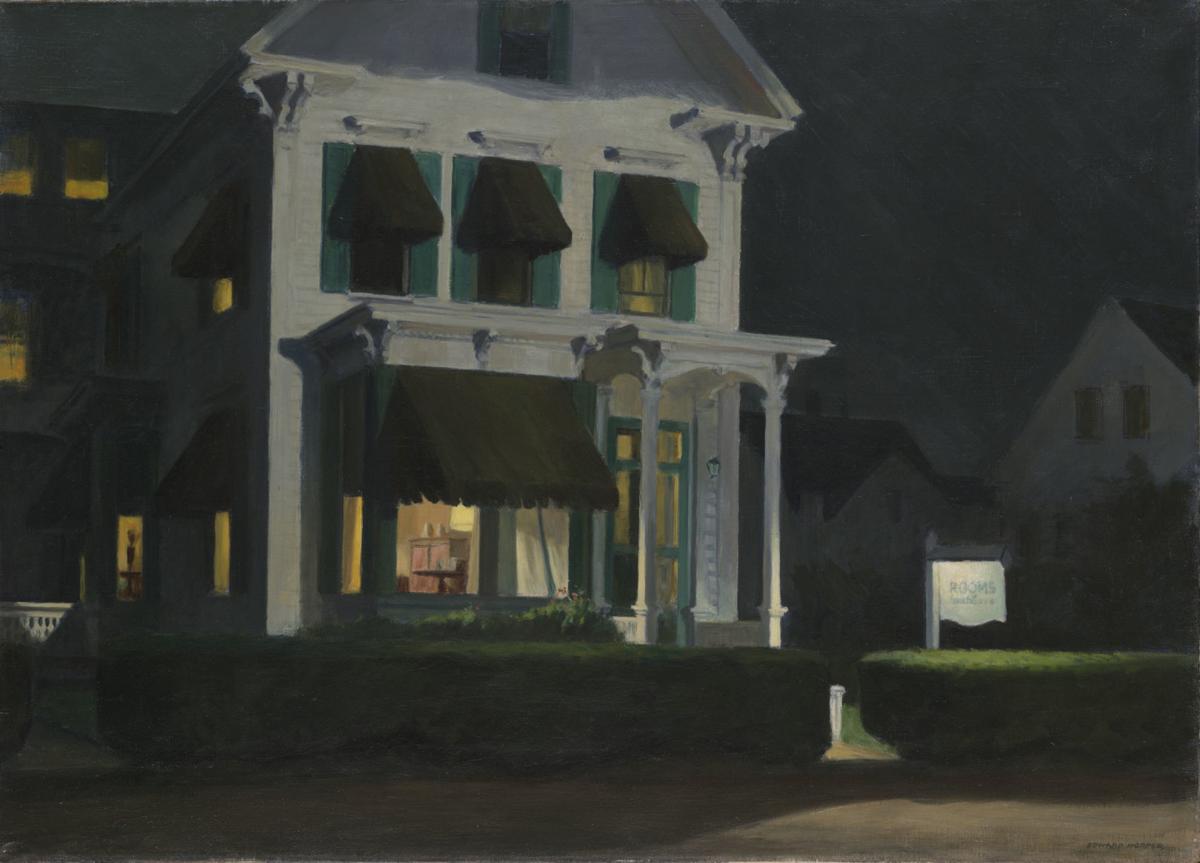 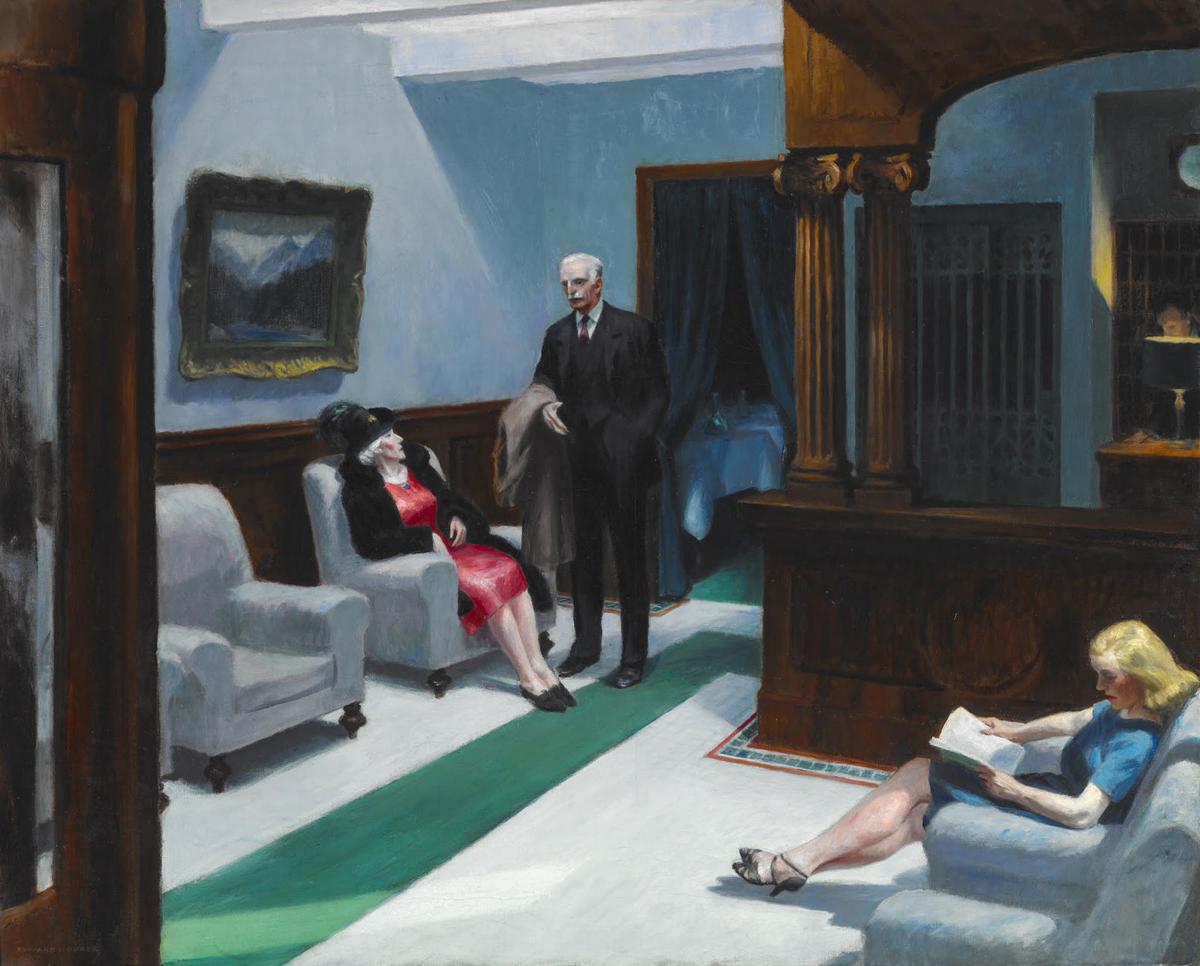 Edward Hopper’s “Hotel Lobby” is part of a new exhibit of the artist’s work at the VMFA.

The Virginia Museum of Fine Arts plans to create a room that replicates the one depicted in Edward Hopper’s “Western Motel” as part of its exhibit this fall.

The Science Museum of Virginia’s fall exhibit, “Bionic Me,” explores how technology takes inspiration from the natural world.

Science Museum of Virginia “Bionic Me”

Edward Hopper’s “People in the Sun”

Edward Hopper’s “Hotel Lobby” is part of a new exhibit of the artist’s work at the VMFA.

In Lin-Manuel Miranda’s Tony-winning “Hamilton: An American Musical,” Virginia’s Founding Fathers get a mixed portrayal. While George Washington employs the “10-dollar Founding Father” and refers to him as his right-hand man, Thomas Jefferson and James Madison work tirelessly in the play’s second act to dismantle Hamilton’s financial system and legacy.

In a new exhibition opening Oct. 19 at the Virginia Museum of History & Culture, visitors will get the chance to explore those historical characters in “Founding Frenemies: Hamilton and the Virginians.”

Exhibit curator William Rasmussen said the traveling version of “Hamilton” coming to Richmond and Norfolk this fall will create publicity for the exhibit, and said he expects the exhibit to drive people who have never set foot in the museum before, particularly young people, to come and check it out.

Rasmussen and staff picked 10 songs from the musical that depict important political episodes between Hamilton and the Virginians; museum-goers will work their way through each one, engaging with historical artifacts that relate to the song and learning just how accurate Miranda’s musical is.

For “The Room Where It Happens,” a critical song in Act Two where a bargain struck between Hamilton, Jefferson and Madison yields the placement of the nation’s capitol in Washington, D.C., Rasmussen said the exhibit will show period maps of the plans for the new capitol.

Drawing on the lyric “Get in the weeds, look for the seeds of / Hamilton’s misdeeds” from the song “Washington On Your Side,” the exhibit will feature articles from a Jeffersonian newspaper in which the business of Jefferson’s investigation into Hamilton’s finances is laid across the pages.

For the closing song “Who Lives, Who Dies, Who Tells Your Story,” Rasmussen said visitors can learn about the history of remembrance and why the play’s Virginians were much more well-known until the release of Ron Chernow’s book “Alexander Hamilton” and Miranda’s play.

“For us not to tell the Hamilton story, we’re leaving a huge gap in our coverage of Virginia’s Founding Fathers, because you can’t tell the story of any of them ... if you don’t know Hamilton,” Rasmussen said. “He’s the elephant in the room. You’re ignoring if you don’t tell his story. It’s so important to the understanding of the era in American history that we in Virginia have always cherished the most — the era of the Founding Fathers.”

The Virginia Museum of Fine Arts will showcase more than 60 Edward Hopper paintings, drawings and sketches in “Edward Hopper and the American Hotel,” opening Oct. 26.

Leo Mazow, the exhibit’s curator, said the exhibit is the first of its kind in highlighting the importance of hotels and motels and being on the road to the Hopper canon.

Mazow said the exhibit will put the works — some extremely well-known, such as Hopper’s “Western Motel” and some from private collectors including Grateful Dead member Bruce Hornsby — into the context of being on the road with Hopper and his wife Josephine.

The two traveled every summer, and Josephine’s diaries were recently entered into the public domain, making the VMFA’s exhibit potentially the first major exhibition to ever display those primary sources and provide firsthand commentary on the hotels and motels in which the Hoppers stayed, Mazow said.

In addition to viewing the exhibition, which also features 35 works by other artists related to the theme of hotels and motels, viewers can more deeply engage by spending a night at the museum in a room designed to replicate the one depicted in “Western Motel.”

Even if you’re not familiar with Hopper, Mazow said the exhibit will be an opportunity to learn about an artist’s process. With both Hopper’s initial drawings and the finished paintings, viewers will be able to see his decision process regarding things such as the gender of the subject, or whether or not to add a staircase into the painting.

“They are simply gorgeous pictures,” Mazow said. “They are pictures of America on the go, on the road. ... They really show the beauty and wow factor of some of the most common vernacular structures. And hotels, being on the road, that feeling when you walk into a place that you know others have stayed in but has been cleaned and prepared just for you — I think that’s something everyone can relate to.”

“Edward Hopper and the American Hotel” will be on view from Oct. 26 until Feb. 23.

Check out these exhibits and events happening this fall:

American Civil War Museum: “Slavery and Its Legacies” will feature a series of lectures and conversations in September and October on the lasting impacts and historical analysis of slavery, including an event with writer Ta-Nehisi Coates on Oct. 25. Ticket prices and locations vary by event. (804) 649-1861 or acwm.org.

Black History Museum & Cultural Center: Visitors can see “Sundry Souls,” a collection of works by 17 artists that explores the 400-year history of Africans in America, from Sept. 14 through Dec. 21. $10 admission.

InLIGHT Richmond: This year’s exhibition of light-based art and performances hosted by the 1708 Gallery will be held at Chimborazo Park on Nov. 15 and 16. Free. 3215 E. Broad St. www.1708gallery.org/inlight/.

Maymont: “Everlasting Love: The Dooleys’ 150th Wedding Anniversary” will be celebrated every Tuesday through Sunday Sept. 10 through Nov. 1. Guided tours will focus on tales of their love together and Victorian-era wedding customs. Suggested $5 admission. Noon to 5 p.m. 1700 Hampton St. (804) 358-7166 or maymont.org.

The Muscarelle Museum of Art at William & Mary: “1619 / 2019” will feature works from African American and Native American artists as Virginia marks the 400-year anniversary of the arrival of the first enslaved Africans in English North America. Open Nov. 6 to Jan. 12. $5 admission. 10 a.m. to 5 p.m. Tuesday through Friday, noon to 4 p.m. on weekends. 603 Jamestown Road. muscarelle.wm.edu.

The Valentine: “#BallotBattle: Richmond’s Social Struggle for Suffrage”will examine the 100th anniversary of the ratification of the 19th amendment, guaranteeing women the right to vote. Five Richmond viewpoints from the era will be highlighted. $10 admission. Opens Nov. 21. 10 a.m. to 5 p.m. 1015 E. Clay St. 804-649-0711 or thevalentine.org.

Virginia Holocaust Museum: “Holocaust by Bullets” presents research regarding the systematic killing of Jews and Roma in the ex-Soviet Union, beginning before the introduction of concentration camps and continuing until the end of World War II. Opened July 26, available until Dec. 30. 9 a.m. to 5 p.m. Monday through Friday, 11 a.m. to 5 p.m. on weekends. Free. 2000 E. Cary St.; (804) 257-5400 or www.vaholocaust.org.

Our Vice President and his staff attended a performance of "Hamilton" on Broadway.

The cast greeted him with this message: "We, sir, are the diverse America who are alarmed and anxious that your new administration will not protect us: our planet, our children, our parents, or defend us and uphold our inalienable rights, sir. "

My personal plans to see this show evaporated after reading this. Politics can be entertainment for some....but entertainment and the arts, if combined with party politics and demanding a "Woke" audience - others excluded - is nothing more than expensive nonsense.