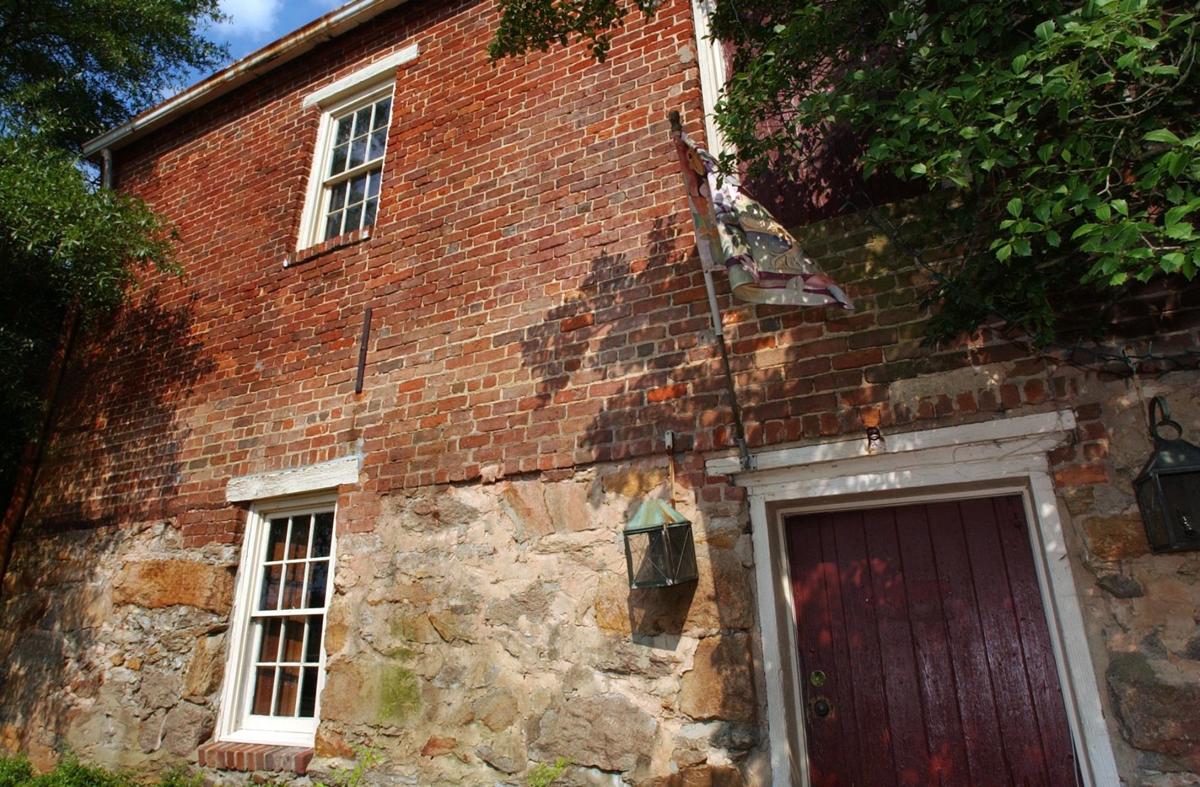 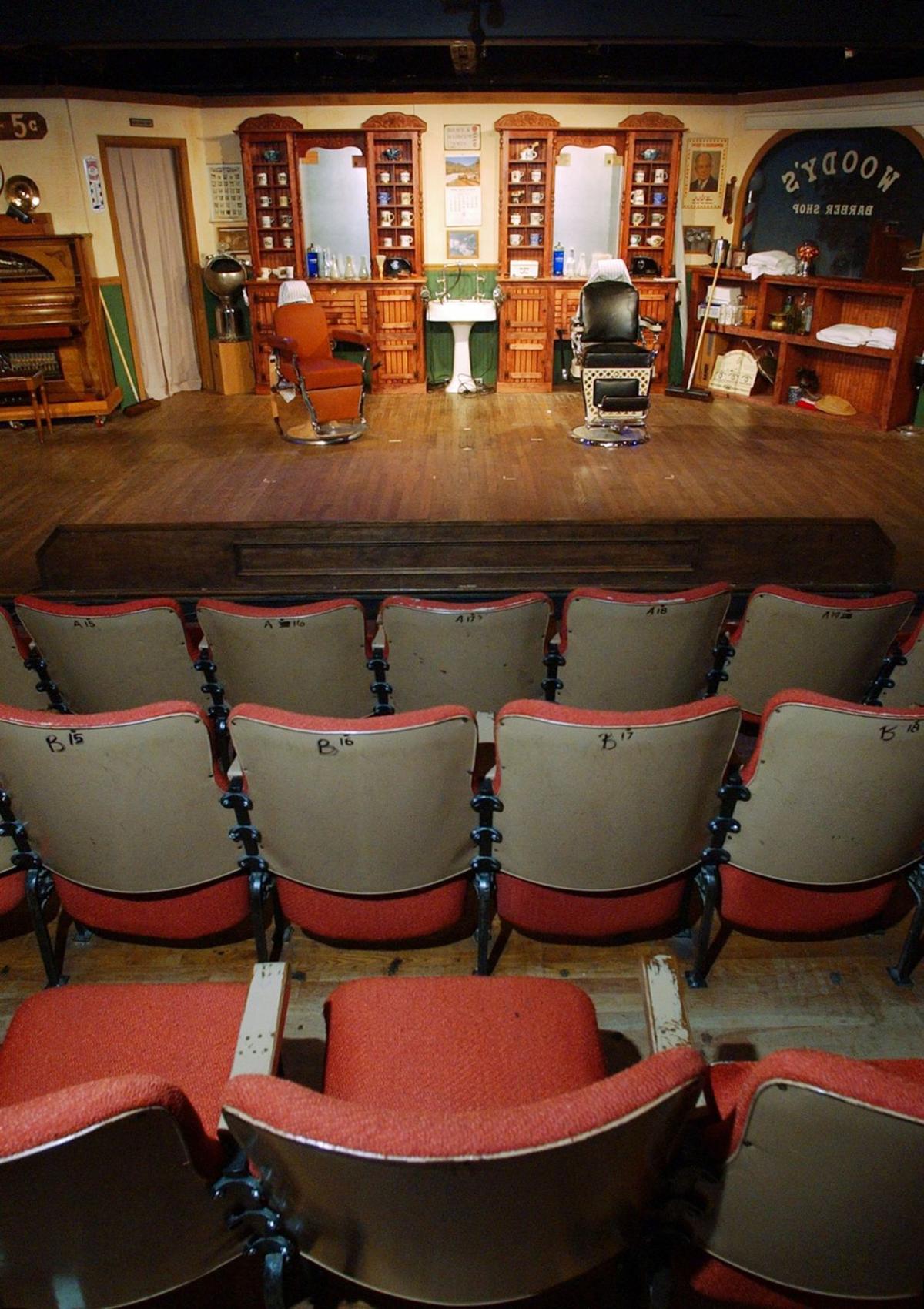 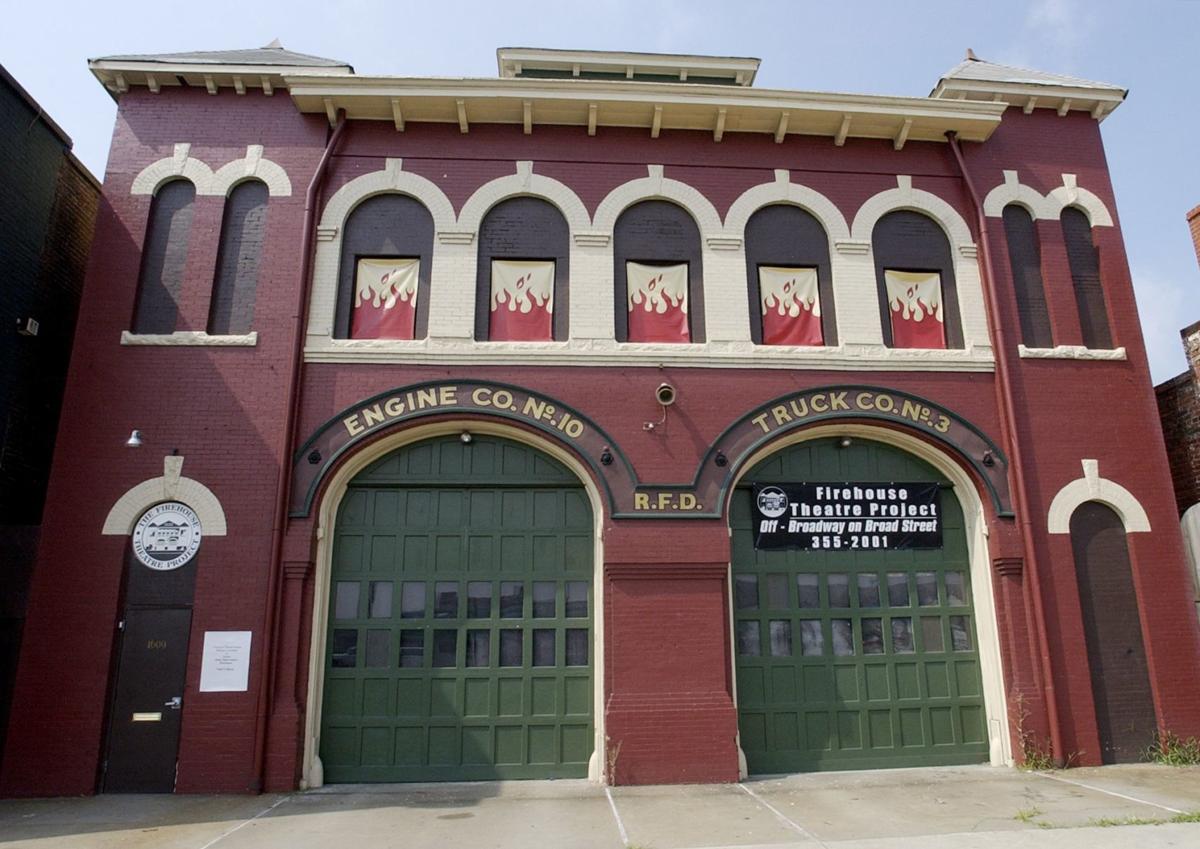 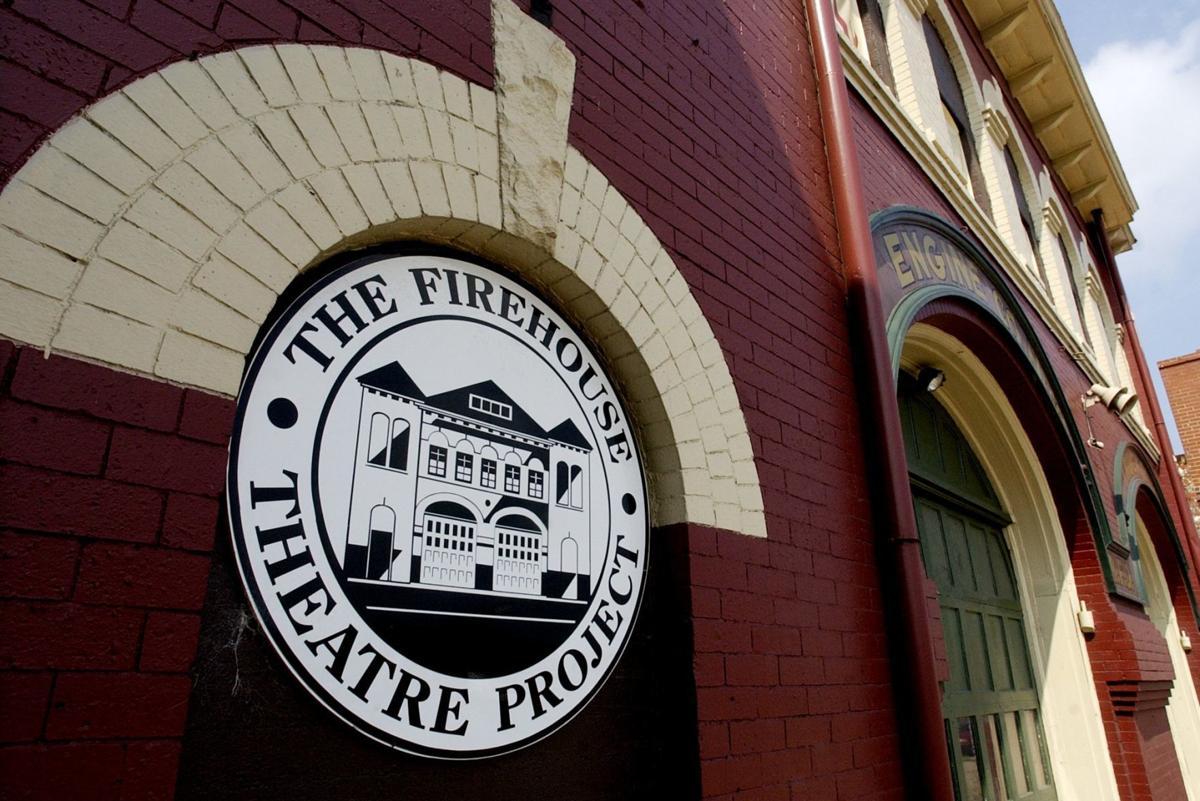 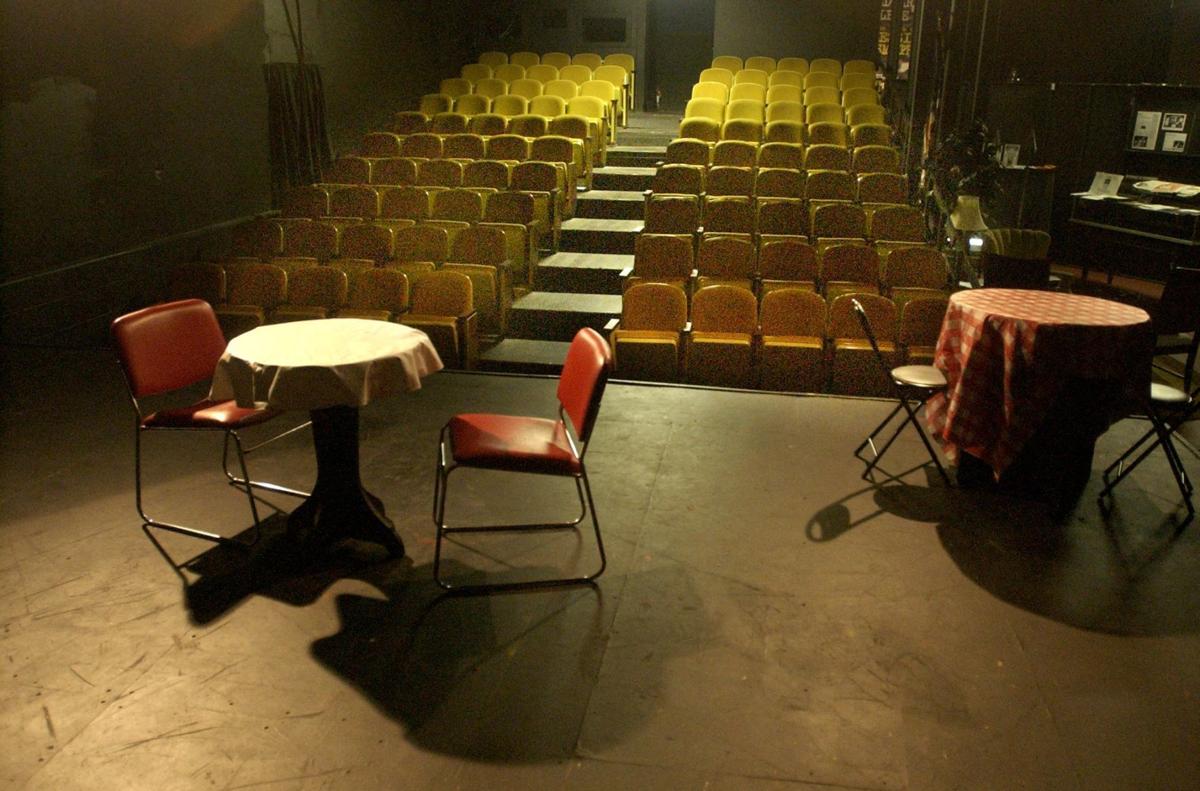 Firehouse Theatre Project’s season is dedicated on the theme “A Season of Risk.” 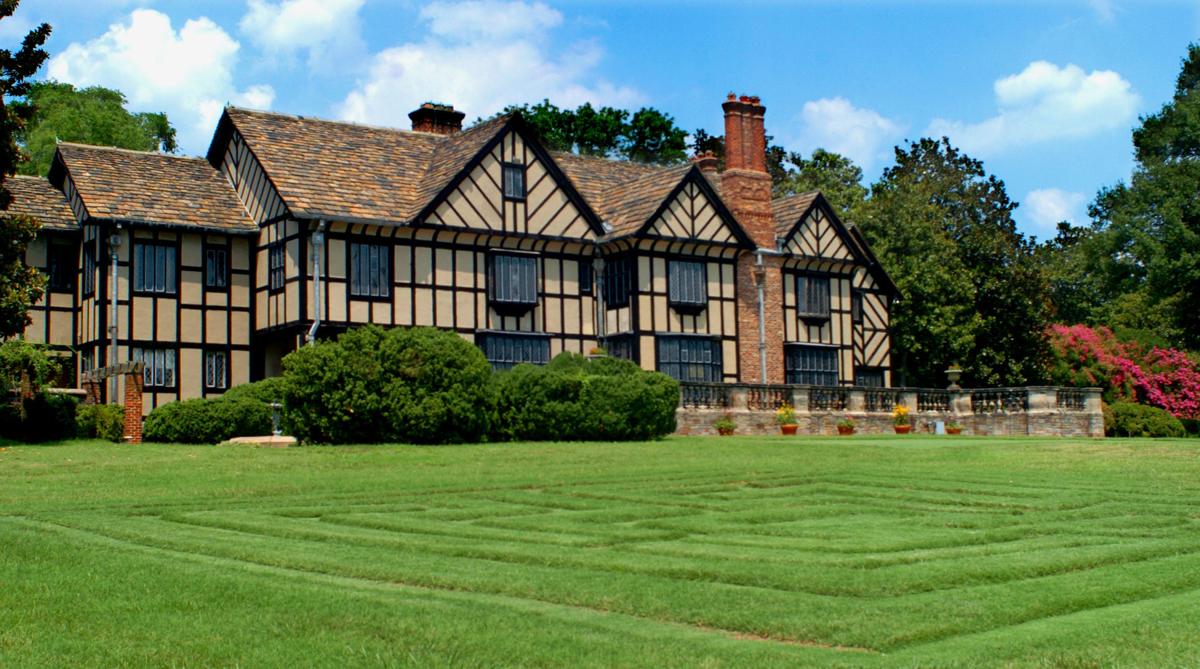 The south side of Agecroft H land in the 1500s, then transported and rebuilt in Richmond in the 1920s. 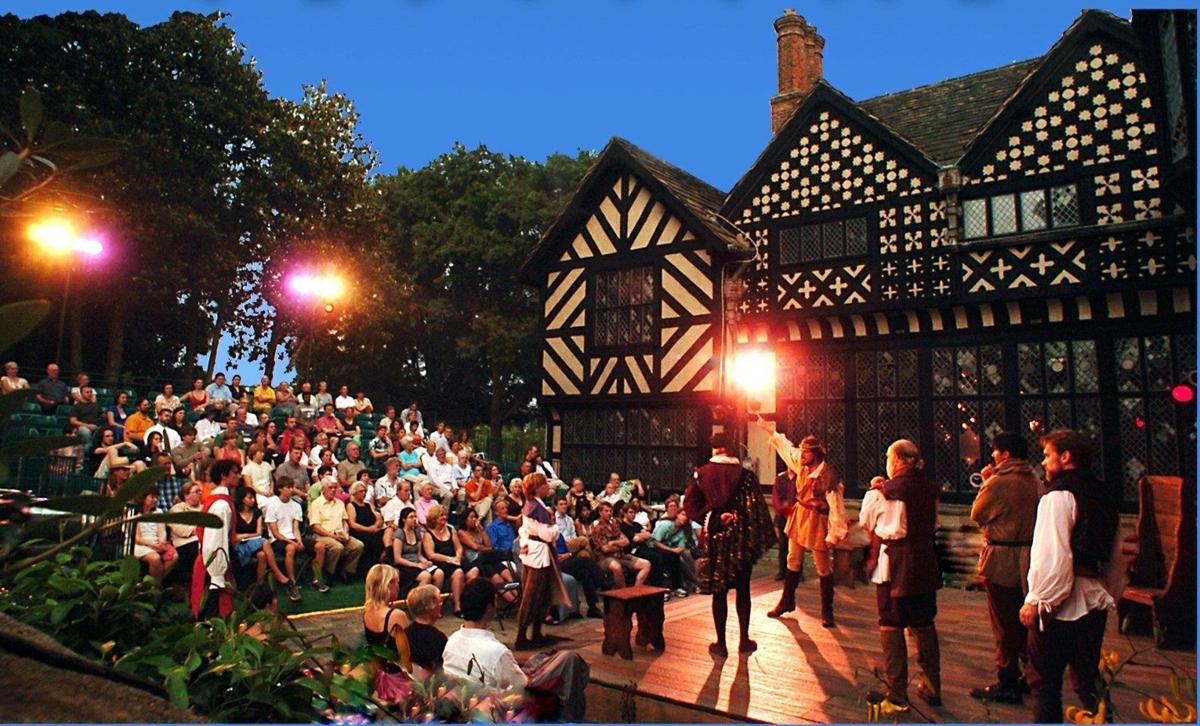 The summer productions at Agecroft will continue when the two groups merge.

Given even the slightest chance, the best theatrical works will get in your face, shout in your ear, and maybe even kick you down a flight of stairs.

But isn’t that the job and duty of all great art? With new approaches to stagecraft, fresh interpretations of classic works, and a willingness to push the boundaries of the theatrical experience, Richmond theater companies will launch the 2019-2020 theater season by taking direct aim at stories of personal integrity, human responsibility and the individual capacity for heroic acts.

Quill Theatre will open its new season with “Rosencrantz and Guildenstern Are Dead,” playwright Tom Stoppard’s absurdist 1966 tragicomedy that highlights two mostly unseen characters from Shakespeare’s “Hamlet” by imagining their activities during the course of the famous play (Jan. 23-Feb. 16). Quill then follows up with “The Great Gatsby,” Simon Levy’s stage interpretation of F. Scott Fitzgerald’s seminal American novel that casts an unforgiving eye on greed, hubris and corrosive obsession (March 5-March 21).

“Gatsby” will be staged at the Virginia Museum of Fine Arts with Jan Powell, Quill Theatre’s former artistic director, slated to direct. “It’s a pretty compact little novel, and the themes are recognizable,” said James Ricks, Quill Theatre’s current artistic director. “I think we’re going to bring the cadence, the jazz, the decadence of that era to life as much as we possibly can.”

Quill also returns once more to the Elizabethan stage at Agecroft Hall and Gardens for the annual summer Richmond Shakespeare Festival with “All’s Well That Ends Well,” the Bard’s incisive take on one woman’s persistent efforts to win the love and devotion of a diffident male (June 4-June 28), followed by “Henry V,” Shakespeare’s portrait of a humble, untested prince who ultimately soars to heroic heights in medieval England (July 9-Aug. 2).

TheatreLAB explores the theme “Power and Privilege“ as it launches its seventh season, beginning with “Admissions,” Joshua Harmon’s look at how progressive white educators rethink their commitment to diversity when their son applies to top-tier colleges (Sept. 12-Sept. 28).

The TheatreLAB season continues with “Urinetown,” the Tony Award-winning spoof of politics, capitalism, social irresponsibility — and even musical theater itself (Nov. 2-Dec. 28); “The Revolutionists,” a girl-powered comedy set during the French Revolution’s Reign of Terror (Feb. 27-March 21); “Dutchman,” the Obie Award-winning 1964 drama by the late playwright LeRoi Jones (later known as Amiri Baraka) about a white seductress who preys upon a naïve black man (May 14-June 6); and “PUFFS: or, Seven Increasingly Eventful Years at a Certain School of Magic & Magic,” the humorous tale of three potential heroes trying to make their way through magic school (summer 2020).

5th Wall Theatre takes up residence in The Basement at TheatreLAB to stage four shows next season, beginning with “Lost Boy at Whole Foods,” the story of a recently divorced Pittsburgh resident who bonds with a displaced Sudanese “lost boy” (Oct. 11-Nov. 2). Next up will be “The Glass Menagerie,” Tennessee Williams’ iconic portrait of a dysfunctional Southern family (Jan. 17-Feb. 8).

“It’s about lonely and disenfranchised people, and today we’re even more cut off from society,” said Carol Piersol, 5th Wall’s artistic director, who hopes modern audiences will notice the connection between the play’s reclusive characters and the isolation that is so often a part of our modern digital era.

“In this day and age, social media takes the place of social interaction, and those people in the play were in their own world,” Piersol says. “And they, especially Laura, weren’t able to function with real people. The glass animals are a substitute for real interaction.”

The 5th Wall season continues with “Fulfillment Center,” the story of three alienated individuals who connect through an online retailer’s shipping warehouse in New Mexico (April 3-April 25), and “Bloody, Bloody Andrew Jackson,” a biographical portrait, warts and all, of the country’s seventh president being co-produced with TheatreLAB (July 17-Aug. 22).

Richmond Triangle Players will bring six plays covering the depth and breadth of LGBTQ theater to the Robert B. Moss Theatre in Scott’s Addition beginning with “Falsettos,” an award-winning musical that follows the travails of Marvin, a neurotic gay man juggling a wife, lover, teenage son, family psychiatrist and lesbian neighbors (Sept. 4-Oct. 5).

The RTP season continues with “The Rocky Horror Show,” Richard O’Brien’s crowd-pleasing musical cult classic (Oct. 17-26); “Times Square Angel,” the story of a bitter club singer who finds redemption after a show-business-tinged angel named Albert pays her a visit (Nov. 13-Dec. 21); “The Cake,” a drama that examines how a North Carolina mother must decide whether to bake a cake for the wedding of her daughter to another woman (Feb. 12-March 7); “Sugar in Our Wounds,” the story of a young man’s persistence — and brush with romance — on a plantation during the Civil War (April 1-April 25); “A New Brain,” the comic musical about a composer whose brain runs amok when he suffers a medical emergency (May 14-May 30); and “Head Over Heels,” a laugh-out-loud love story set to the music of the iconic ’80s all-female band The Go-Go’s (June 17-July 8).

Virginia Rep opens its new season on the November Theatre’s Arenstein Stage with “A Gentleman’s Guide to Love & Murder,” the bawdy tale of a commoner who will stop at nothing to rise to the lofty peerage position of earl (Sept. 27-Oct. 20); “Rodgers & Hammerstein’s Cinderella,” a musical version of the classic fairy tale based on the 2013 Broadway charmer (Nov. 29-Jan. 5); “Fences,” playwright August Wilson’s Tony and Pulitzer Prize-winning drama about a black baseball player denied a spot in the major leagues who takes out his frustration on his ballplayer son (Feb. 7-March 1); “A Doll’s House Part 2,” Lucas Hnath’s imagining of what happens after Nora Helmer slams the door behind her in the famous final scene of Ibsen’s 1879 masterwork (April 10-May 3); and “Chicago,” Kander & Ebb’s dazzling dance musical about two murderesses vying for the spotlight in the 1920s (June 26-Aug. 9).

Cadence Theatre Company kicks off the first of three season offerings in partnership with Virginia Rep with “13,” a musical drama about the social and personal challenges faced by a New York City child of divorce transplanted to a sleepy Indiana town (Oct. 26-Nov. 17).

Cadence then follows up with “Small Mouth Sounds,” playwright Bess Wohl’s look at how six strangers embarking on a backwoods silent retreat grapple with the human need to converse and connect (March 7-March 29); and “True West,” the late Sam Shepard’s Pulitzer Prize-nominated drama about brothers Austin and Lee, one a successful screenwriter and the other a troubled drifter, who come together at their mother’s house after five years apart (May 9-May 31).

As staged by longtime Richmond director Rusty Wilson, “True West” will alternate the main characters’ roles on each night of the play’s run, following the lead of actors John C. Reilly and the late Philip Seymour Hoffman, who continuously switched roles during the show’s 2000 Broadway run.

“There is a point in the play where the brothers actually flip, and one becomes the success and the other becomes angry and resentful,” said Anna Johnson, Cadence’s artistic director. “‘True West’ reveals the relationship [of] two very different brothers coming together during very unlikely circumstances. Each man desperately needs something, and throughout the course of the play we witness a shift in power, revealing the universality of the human experience.”

Swift Creek Mill Theatre launches its 54th season with “Holmes and Watson,” playwright Jeffrey Hatcher’s look at how the famous detective’s assistant must contend with charlatans claiming to be Holmes after he is presumed dead (Sept. 14-Oct. 12). More theater classics follow with “The Mystery of Edwin Drood,” the whodunit based on Dickens’ final unfinished novel that invites the audience to choose the murderer’s identity (Nov. 16-Dec. 28); “Daddy Long Legs,” a rags-to-riches story of newfound love in the spirit of Jane Austen and the Brontë sisters (Jan. 25-Feb. 22); “I Love You! You’re Perfect! Now Change!,” an update of the long-running off-Broadway review skewering every aspect of love, romance and family (March 21-May 2); and “Unnecessary Farce,” Paul Slade Smith’s comedy about the nefarious goings-on in a cheap motel (May 30-June 27).

In Richmond’s far West End, HATTheatre currently has two shows scheduled for the season with “In Love We Trust,” a theatrical tribute to the spirit and impact of pop music (Dec. 6-Dec. 14), and “The Atheist,” Ronan Noone’s study of a cynical news reporter and his improbable climb up the journalism ladder (March 6-20).

Chamberlayne Actors Theatre kicks off its 56th season with “Art of Murder,” the study of husband-and-wife painters tempted to kill an art dealer (Sept. 27-Oct. 12).

CAT Theatre continues with “The Wild Women of Winedale,” a joyful, touching look at three Virginia women at a crossroads in their lives (Dec. 6-Dec. 21); “Bloomsday,” Steven Dietz’s time-travel love story about two lost loves who reunite as their younger selves in Dublin, Ireland (Feb. 7-Feb. 22); “The Unexpected Guest,” Agatha Christie’s story of a stranger who seeks refuge in a house but stumbles into a web of family intrigue (April 17-May 2); and “Fireflies,” a drama focusing on a retired schoolteacher who allows a mysterious drifter into her house and, ultimately, her life (June 12-June 27).

Fall Arts Preview 2019: This Broadway in Richmond season marks a year of firsts. And, yes, 'Hamilton'

This Broadway In Richmond season marks a year of firsts.

Firehouse Theatre Project’s season is dedicated on the theme “A Season of Risk.”

The south side of Agecroft H land in the 1500s, then transported and rebuilt in Richmond in the 1920s.

The summer productions at Agecroft will continue when the two groups merge.