At least 1 in 5 residents in Richmond area are fully vaccinated, demand continues to outpace supply 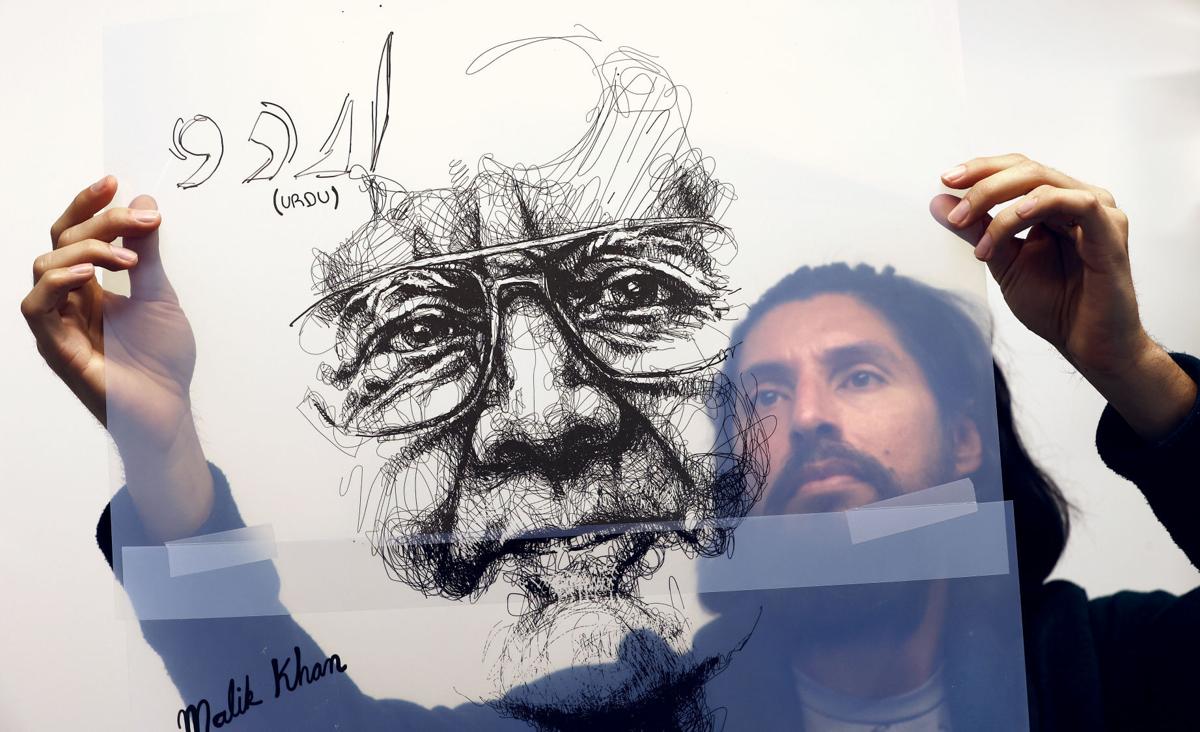 This transparency is part of the process to print the original digital artwork Pérez drew of Khan. 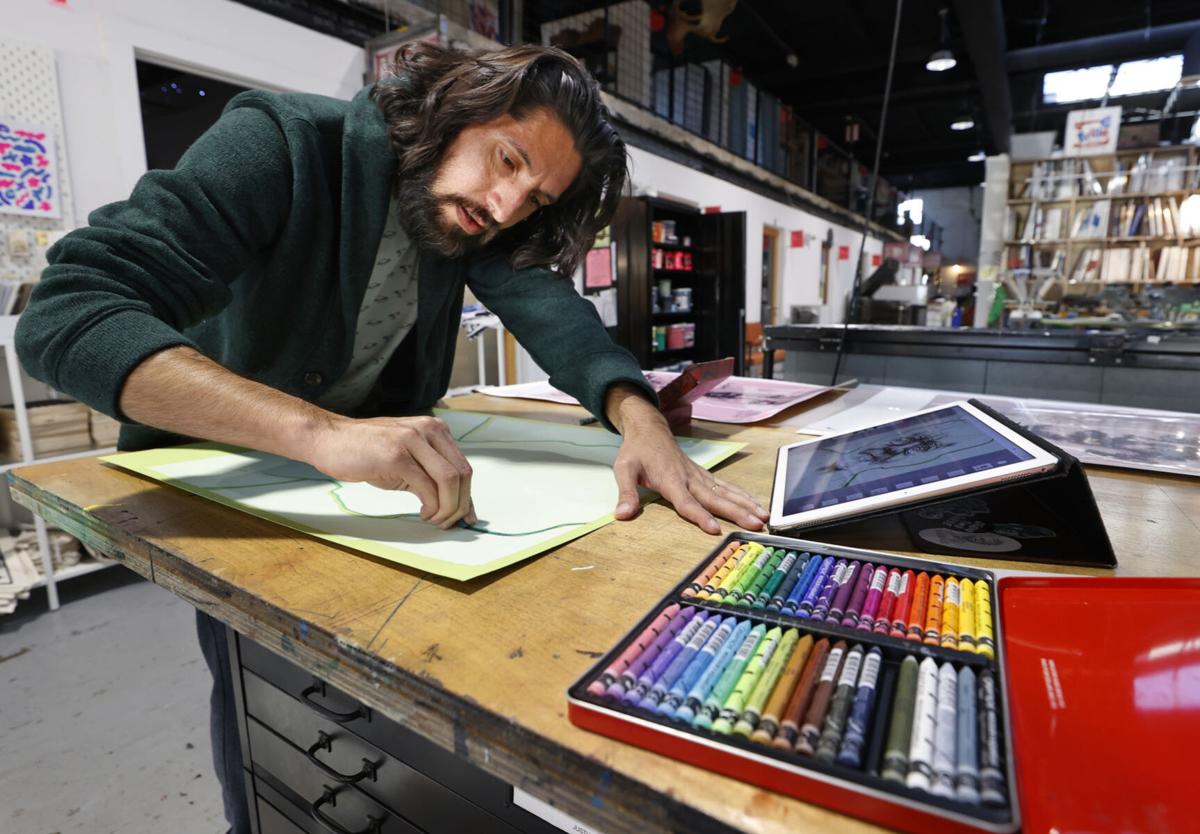 Artist Alfonso Pérez worked this week on the background of a print for his drawing of Malik Khan, seen on the tablet. 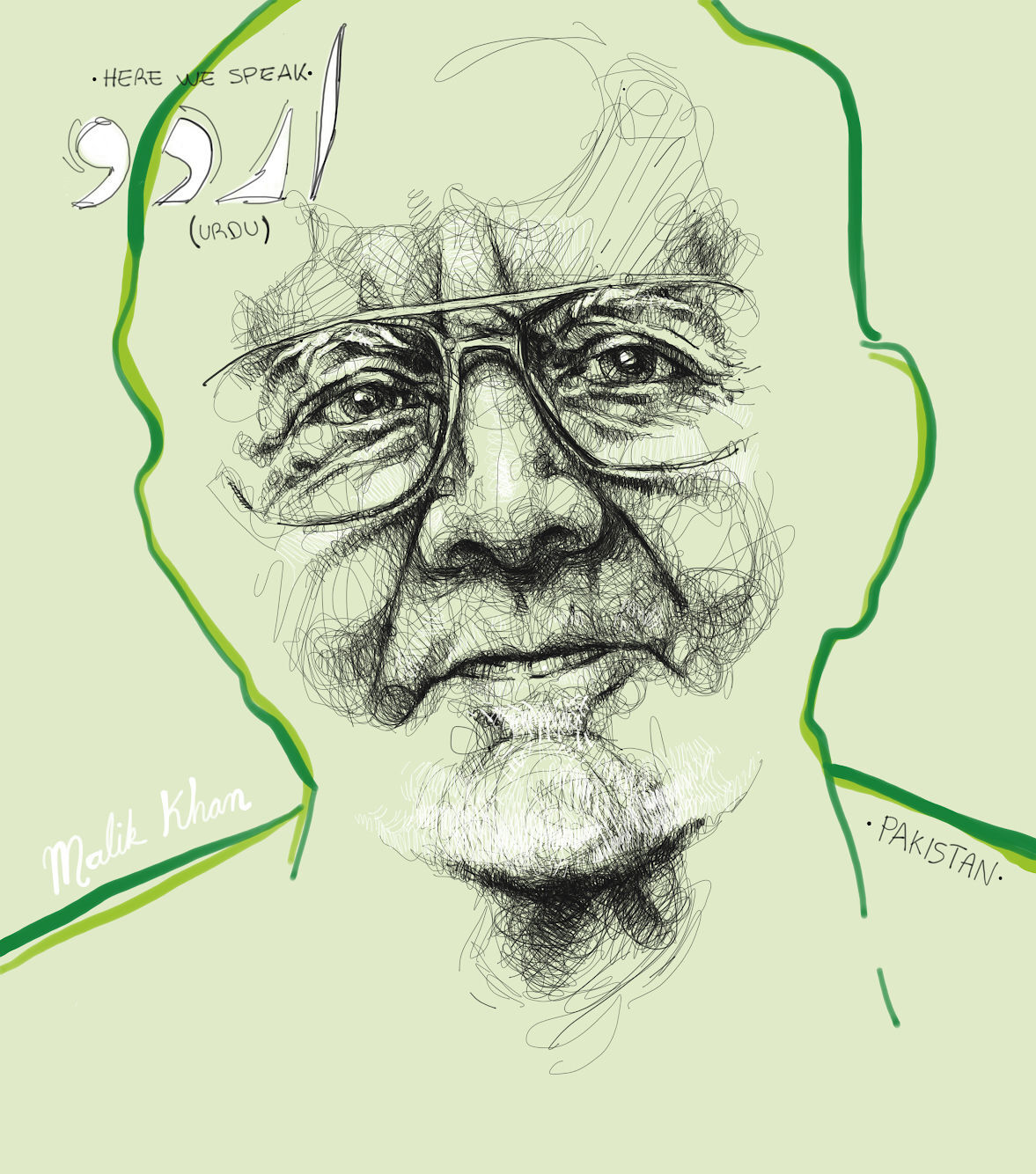 Pérez created this portrait of Khan, which will be one of 24 he creates for the exhibit.

From where Pim Bhut stood in her portrait, sketched in black and white nearly 40 years after fleeing a civil war, she was ready for people to listen. Her fingers were outstretched, cupping her left cheek as she parted her lips and spoke her truth.

This country took Bhut in. Protected her. But “it’s hard right now,” she says.

“I’m scared to go in public places because you don’t know who you run into,” said Bhut, 61, a Cambodian refugee and Henrico County resident who’s one of 24 immigrants in a portrait series by Richmond-area artist Alfonso Pérez — along with the city’s Office of Multicultural Affairs — to celebrate immigrants’ stories.

The words “HERE WE SPEAK” float within her portrait, drawn with gray and black swirls and wrapped in streaks of crimson and burnt orange.

Pérez said that with the backdrop of a presidency marked by stinging rhetoric against immigration, the 24 voices have stories to tell, lies to dispel.

“You feel like people will judge you because of your accent,” Bhut said. “The way we look and because we are Asian.”

Launched on National Immigrants Day on Oct. 28, Portraits of Immigrant Voices is a digital exhibition that will culminate in a series of 24 portraits in the weeks leading up to Thanksgiving. The portraits were all drawn by Pérez and are accompanied by stories written by Joe Kutchera, a trilingual Richmond-based writer and author.

The youngest immigrant included is 19 years old. Some recently became citizens, while others have been in the United States since the 1980s.

Their stories are from Ivory Coast, Pakistan and Japan, as well as Syria, Nigeria and Switzerland. They speak different languages, embody various cultures, and experience separate joys.

Until Dec. 7, Studio Two Three — a nonprofit arts center where Pérez is doing his residency — will cover its windows with prints of Pérez’s portraits, such as the one of Zeistina Khan from Indonesia, who told Kutchera that “we all have the responsibility to get to know one another.”

“There’s no one story of Richmond, and that’s what makes our city vibrant,” said Mayor Levar Stoney in a news release. “I’m so proud of the work of [the Office of Multicultural Affairs] and grateful we’ve been able to partner with such talented local creatives to give all of us a more complete understanding of the experiences of our neighbors.”

As of Thursday, nine of the stories were being featured on RVAStrong.org, the city’s website that tracks COVID-19 and nonprofit resources.

“I was tired of hearing this negative narrative around immigration from people that weren’t immigrants,” said Pérez, a Colombia-born artist who has centered the heart of his work in Richmond on immigrants and advocating for Latino communities.

“I feel that that has moved in a very difficult way, a very dangerous way. We start thinking we are a problem, all the time, no matter what. ... That’s the heaviest part. We don’t have a way of just detaching from that narrative and start saying ‘It’s great to be an immigrant. It’s a joy.’”

Part of that is steeped in the lead-up to President Donald Trump’s election in 2016, said Kutchera, when the then-candidate referred to immigrants as “bringing drugs. They’re bringing crime. They’re rapists. And some, I assume, are good people.”

Karla Ramos, the manager of Richmond’s Office of Multicultural Affairs who helped find the local immigrants included in the portrait series, said the project celebrates the diversity of immigration. She also said it’s a representation of how immigrants are more than a political debate, of how they long to be seen as human.

“It’s a process, a process that many times takes years of learning. ... I see them as heroes,” said Ramos of the participants. “Because people will judge, people will think whatever their perception is. It takes courage to have a say and not let others tell your story.”

For more than four years, Ramos has positioned herself as a resource to local immigrant families navigating language barriers and loss of their country while empowering their growth in a new one.

Within the city, almost 7% are foreign-born, according to the U.S. Census Bureau, compared with more than 12% of Virginia’s 8.5 million people statewide.

In the pandemic, immigrants make up about 16% of essential workers in Virginia, according to the Commonwealth Institute, with immigrants constituting 42% of workers in cleaning services.

“There is not a single story narrative,” she said.

Kutchera noted that in speaking with participants, gratitude was at the forefront of their stories.

“Some of them share very vulnerable, difficult points in their life. Some of them are refugees, learning a new language, a new culture,” Kutchera said. “It helps us relate to who they are.”

For Pérez, that was the connection that bonded him to the people he drew.

When people spoke of their families, Pérez thought of his daughters in their Chesterfield County home, and how his oldest, 6-year-old Salomé, was born in Colombia and runs around telling everybody: “I’m from Colombia!”

Like the people behind the portraits, she’s an immigrant — and she’s proud.

Will Smith and Antoine Fuqua withdraw their new production from Georgia

Will Smith and Antoine Fuqua withdraw their new production from Georgia

A genuine Whistler was tossed into a donation box. A Yale student bought it for $4 in Williamsburg.

There’s no gentle way to say this: One of you tossed out a Whistler.

This transparency is part of the process to print the original digital artwork Pérez drew of Khan.

Artist Alfonso Pérez worked this week on the background of a print for his drawing of Malik Khan, seen on the tablet.

Pérez created this portrait of Khan, which will be one of 24 he creates for the exhibit.