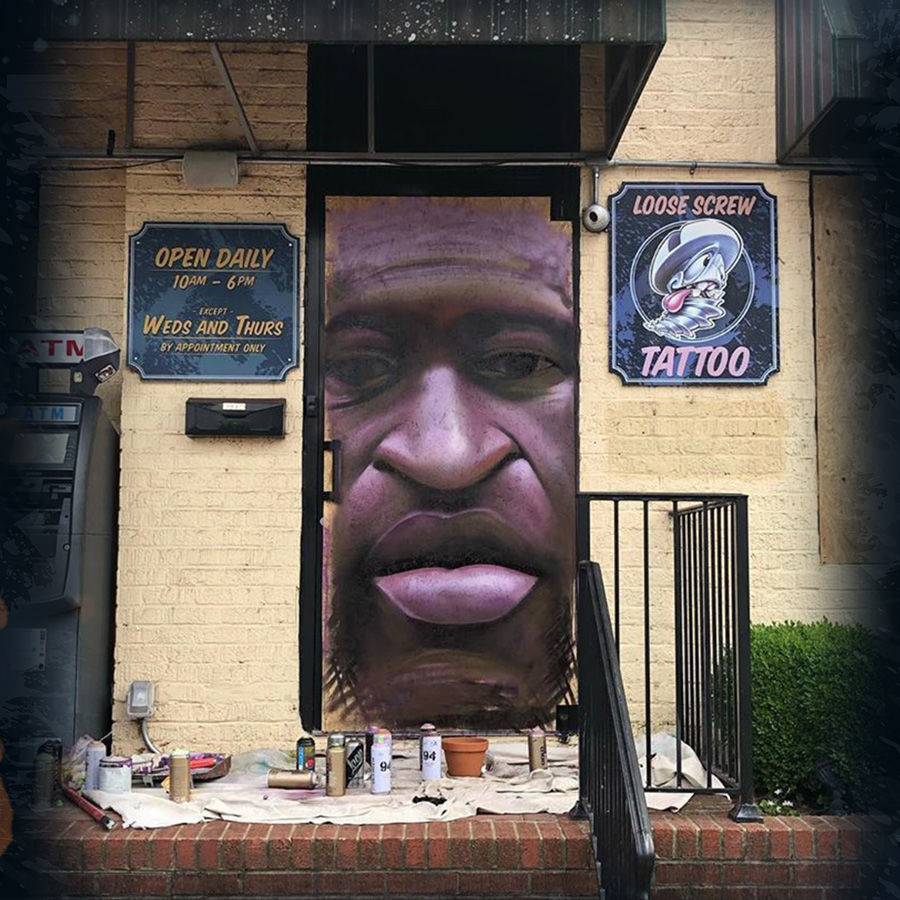 Jesse Smith, owner of Loose Screw Tattoo in Carytown, covered his shop’s door in May with his mural of George Floyd. It is being auctioned to support a local nonprofit. 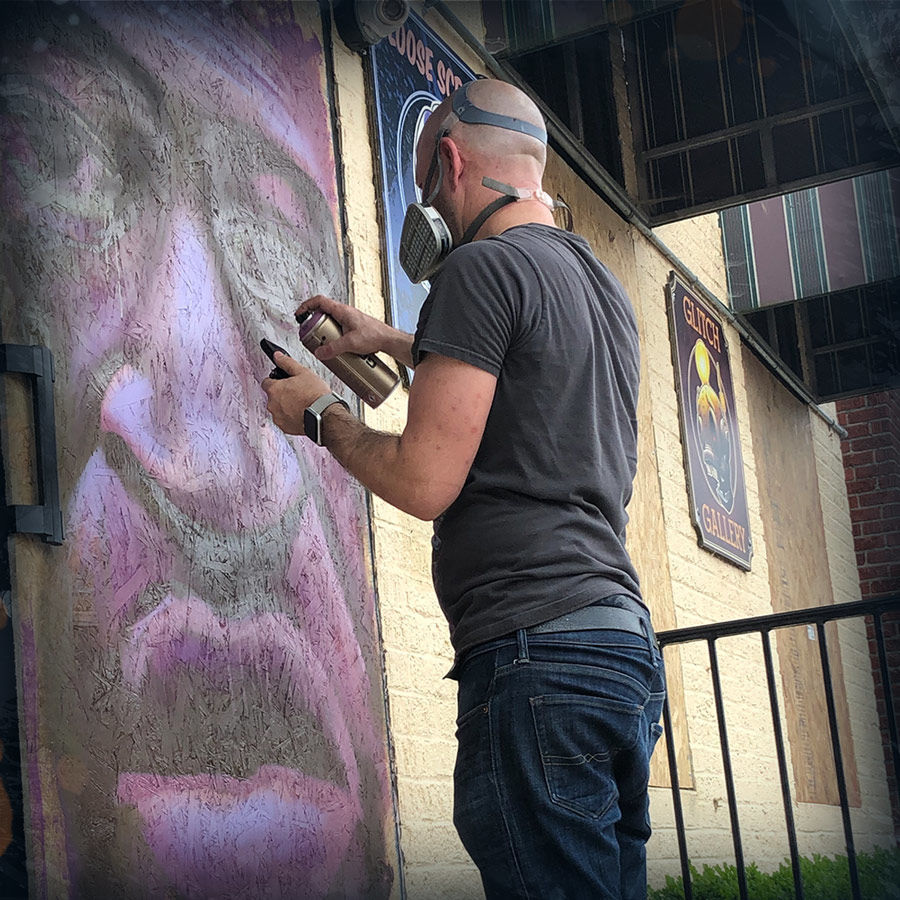 Jesse Smith used a cellphone photo to guide his painting.

The face is unmistakable, the message is a simple one: support.

Jesse Smith, owner of Loose Screw Tattoo in Carytown, is auctioning off the door-sized mural he painted of George Floyd, the man killed by Minneapolis police and whose death sparked a national wave of protests for racial justice.

As he explained it, the piece happened by circumstance. Smith said by phone Tuesday that he waited longer than other businesses throughout Carytown to put up protective boards on his door and shop windows when protests broke out in Richmond in May.

It was three or four days before he made the decision to board up his place, once his staff felt that their shop and everything in it might be vandalized after protests turned violent. Up and down Cary Street, he said, other boarded up businesses painted “BLM” and “Black Lives Matter” on their boards.

But he wanted to do something different, something that would creatively show his support for the movement.

That, and “I’m an ex-graffiti artist — any time I see an open wall, I want to paint it,” Smith said.

Portraits aren’t part of his usual repertoire, however. Smith is best known for his silly, goofy cartoonish characters, he said, not the face of man who sparked a national movement against police brutality and racial injustice.

Still, he wanted to do something symbolic.

As a “white dude ... you feel helpless,” he said, yet he knew from his Black friends that this was a pivotal moment in history .

Painting his signature characters on boarded-up windows during such a tense time would “seem distasteful,” Smith said, “so I decided to do a mural of George Floyd because I wanted to support that movement.”

The mural took about four hours to complete, with nothing more than a photo of Floyd on his phone to paint from. Once the boards came down, he thought about what to do with that image. Selling it outright would also seem distasteful, he said. “The path that made the most sense is to auction it off.”

Smith said he has no expectations about how high the bids will go. He said it would be satisfying to see it go into a corporate setting or maybe a nonprofit. He’s simply happy to help contribute in some way.

“This piece,” he said, “is gonna mean different things to different people.”

The online auction opened Tuesday and runs through July 17. To bid, visit charityauction.bid/MADRVA.

Proceeds will be given to Mutual Aid Disaster Relief Richmond, or MAD RVA, an organization that primarily serves the community by delivering food, medicine and other necessities to individuals who cannot get these things on their own.

Jesse Smith, owner of Loose Screw Tattoo in Carytown, covered his shop’s door in May with his mural of George Floyd. It is being auctioned to support a local nonprofit.

Jesse Smith used a cellphone photo to guide his painting.