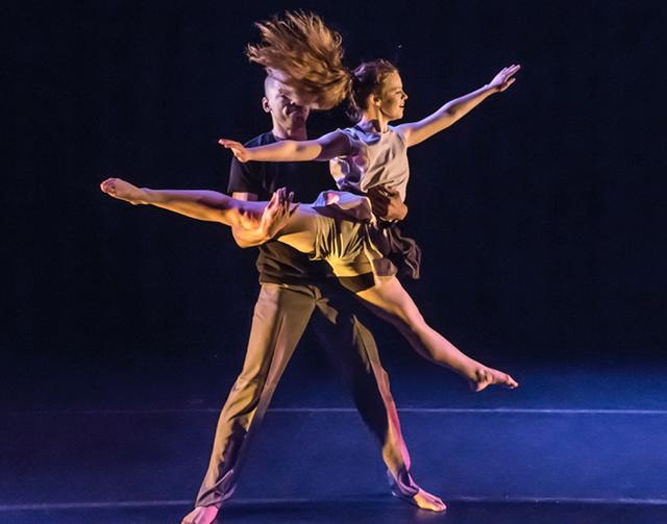 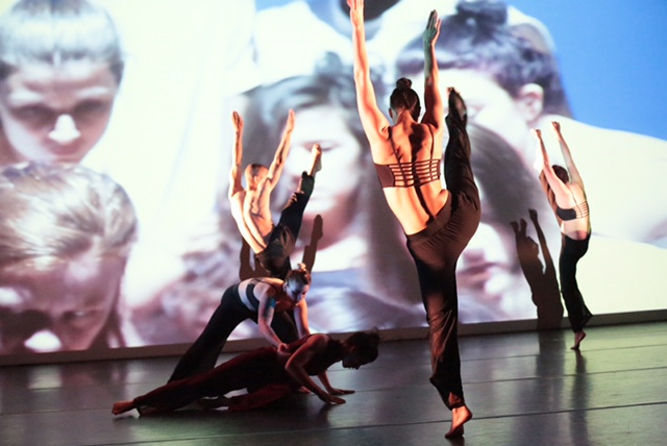 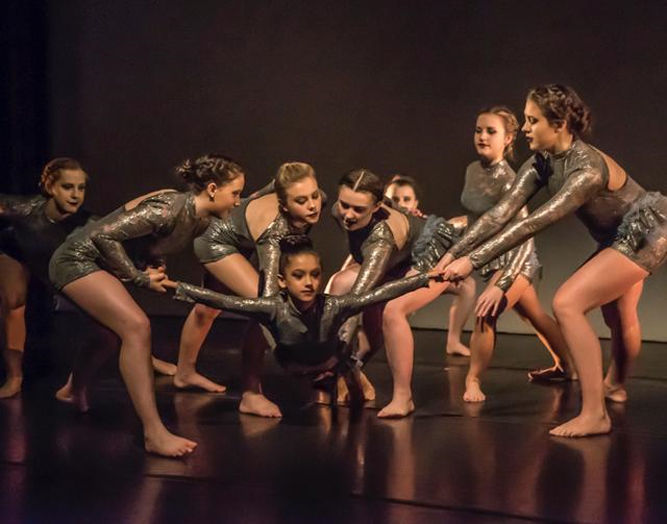 The advanced student company from The Dance Company in Mechanicsville, VA 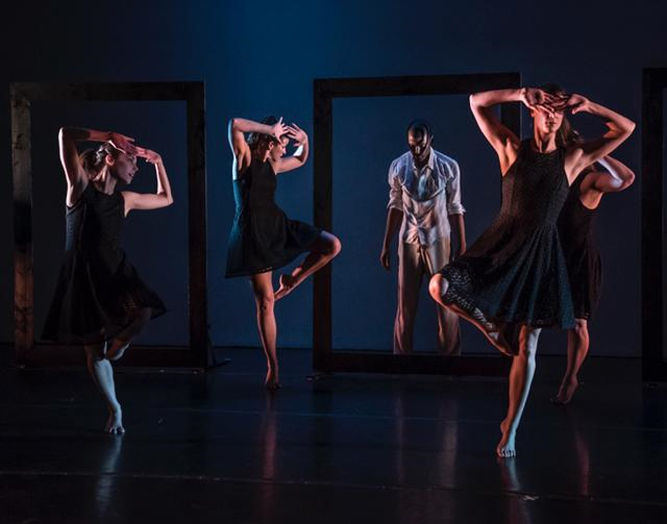 The RVA Dance Collective, under the artistic direction of Jess Burgess and Danica Kalemdaroglu, is the resident company of Dogtown Dance Theatre located in the burgeoning artistic hub of Manchester.

This past weekend, the 9-year-old company presented “Home,” a collection of nine works by Burgess and Kalemdaroglu as well as company member Desmin Taylor and guest artists including choreographer Kelly Bartnik, the Dance Company of Mechanicsville and the Pace Setters hip-hop crew from Fredericksburg.

“In the Light of Day” by Bartnik, who hails from Brooklyn, set the tone for an evening of visually intriguing work, mostly in the modern and contemporary genres.

One by one, three women walked out and dropped at the feet of a standing woman who then pushed, pulled and even carried to add them to a puppy pile of dancers located downstage, where they virtually disappeared from sight.

This was not an intentional effect of the dramatically dim lighting, but my newfound discovery that the sight lines from the fourth row on the right of the auditorium are not conducive to observing floor work. So it was from the invisibility of the pile that hysterical laughter emerged and the dancers arose to move through abstract scenes of conflict, struggle and, finally, retreat.

Burgess and Kalemdaroglu, individually and in collaboration, created six of the nine works. Burgess’ “For Your Consideration” was a tiny gem of a duet, shaped by spiraling movements performed eloquently by Taylor and Shannon Connerford.

Burgess also choreographed the closing work, “Awake.” The complex, layered piece featured a human tower of dancers and a collaborative film by Torian Ugworji that added depth and dimension to the live figures on the stage.

By far the most amusing work on the program was Burgess and Kalemdaroglu’s “The Recipe for Molding a Whale,” a riotous tongue-in-cheek moving glossary of modern dance.

The dancers narrate as they demonstrate the key movements and techniques of spitting and wiping, running, running in circles, teetering on the edge of a precipice, flower hands, aimless reaching, breathing, breath cues, flexed feet, screaming aloud, screaming silently and wandering for an uncomfortably long time.

My favorite was Taylor’s “Canvas,” a hauntingly beautiful yet conceptually unassuming work performed by Taylor and four women who started out posed in gigantic frames.

The work pulls the viewer inside the mind of an artist whose paintings keep escaping from their canvases.

At one point, his four muses capture him and place him onto one of his own canvases, where three take turns posing him but the fourth releases him.

The audience favorite was, by far, the hyperenergetic Pace Setters, a crew of a dozen pre-teens and young dancers performing a meticulously synchronized hip-hop mix to music that included Beyoncé, Janet Jackson, Missy Elliott and Rihanna.

It is a pleasure to see the sustained growth of dance in Richmond and the transformation of this former school into a center for dance.

A pet peeve is that most dance events run for only one or two nights over a single weekend, so they don’t have time to evolve or mature and, by the time many people find out about them, it’s too late.

Julinda Lewis is a dancer, teacher and writer living in eastern Henrico County. Contact her at jdldances@yahoo.com.

Tawny Kitaen also starred as the fiancee to Tom Hanks' character in the comedy "Bachelor Party," and as Jerry Seinfeld's girlfriend in a 1991 episode of "Seinfeld."

Amid outcry, NBC says it will not air Golden Globes in 2022

Amid growing pressure on the Hollywood Foreign Press Association, NBC said Monday that will not air the Golden Globes in 2022.

Tom Cruise has returned his Golden Globes to the Hollywood Foreign Press Association, a source says, amid controversy on the HFPA's lack of diversity.

Restaurants in Virginia can open their bars to customers for the first time in more than a year thanks to a sudden, unannounced change that ca…

The day we honor mothers is almost upon us. For the occasion here are six great films about mothers.

12 new movies to be the most excited about this summer

Good luck with planning to see movies this spring and summer; the schedules (and the theatrical versus streaming strategies) are still changin…

The advanced student company from The Dance Company in Mechanicsville, VA