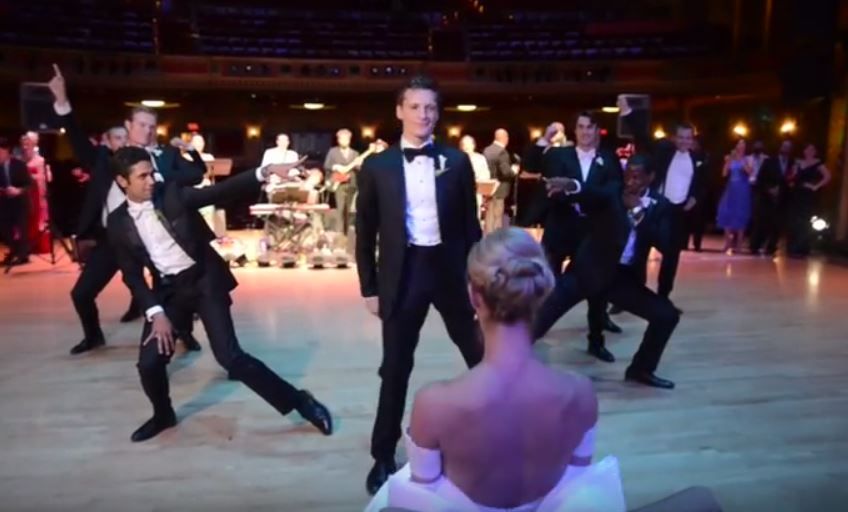 Valerie Tellmann-Henning, a ballerina with the Richmond Ballet, received a special wedding surprise dance from her husband Kirk Henning at Richmond CenterStage. 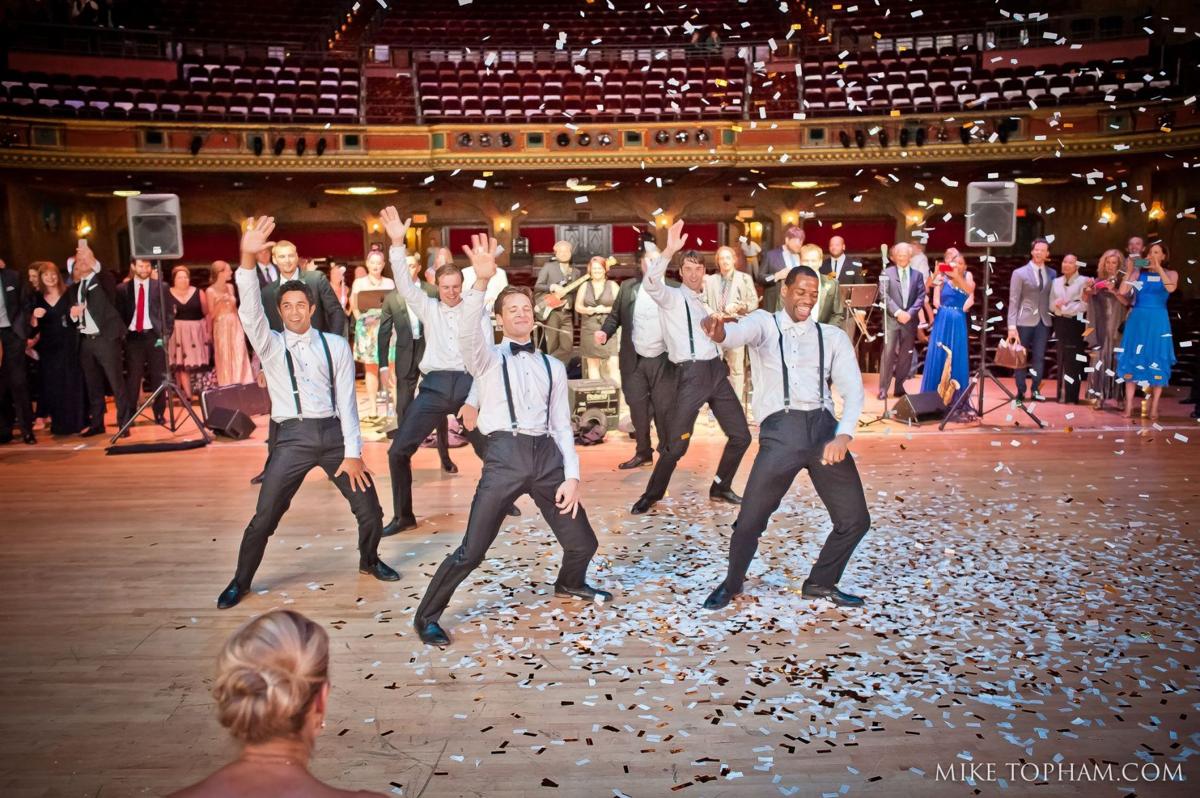 Valerie Tellmann, a ballerina with the Richmond Ballet, received a special wedding surprise dance from her husband Kirk at at Richmond CenterStage.

Valerie Tellmann, a ballerina with Richmond Ballet, received a unique wedding present from her husband: a groomsmen dance that went viral on YouTube.

Her new husband, Kirk Henning, also a dancer with the Richmond Ballet, created the 8-minute-long choreographed dance to a medley of pop songs and performed it on stage at Richmond CenterStage.

The YouTube video of the dance — set to songs like “Uptown Funk” by Mark Ronson and Bruno Mars and “(You Drive Me) Crazy” by Britney Spears — is gathering lots of traffic due to the bride’s stunned reaction and the groomsmen’s smooth moves.

Tellmann said the choreographed dance took her completely by surprise.

“I told him early on in the wedding planning process, ‘Well, I hope you’re working on your groomsmen dance for me,’” Tellmann said. “But he was so busy with touring and school, he said, ‘Valerie, it’s just not going to happen.’”

But her dancer husband started the planning process four months in advance of the July wedding, sending out tutorial videos via email to his eight groomsmen.

“I knew how important it was to her,” Henning said. “So I figured, we’re going to do this or die trying.”

Four of the groomsmen were professional dancers, but the others, like the brothers of the bride and groom, were not.

“My brother has two left feet and only had one rehearsal before the wedding,” Tellmann said.

But the groomsmen pulled it off, complete with “Top Gun” sunglasses and cowboy hats as props.

“Valerie had absolutely no idea. Her reaction, which you can see, was so cute,” said Ginger Topham, the Richmond wedding videographer who posted the video. “Everybody was just blown away and surprised.”

The couple were married July 25. They had a traditional Catholic ceremony at the Cathedral of the Sacred Heart in downtown Richmond, but then a more unconventional reception on the stage at Richmond CenterStage.

“We’ve danced on that stage together so many times; we thought it was a really unique place to get married,” Tellmann said. “We wanted it to be like a ‘thank you’ to our guests for being the stars of our lives.”

Topham uploaded the video to YouTube earlier this week. As of this writing, the video has been viewed over 5 million times.

The wedding video also has been featured on The Huffington Post.

“People are loving it,” Tellmann said of the video’s popularity. “People love to see other people happy.”

This isn’t the first time the bride and groom have been in the spotlight.

Earlier this year, Tellmann was featured on the TLC program “Say Yes to the Dress.”

The bride and groom plan to return to dance with the Richmond Ballet this season.

Although they do not know what roles they will perform, Tellmann said, “We’re looking forward to dancing together.”

Richmond bride on TLC’s 'Say Yes to the Dress’ Friday

The appeal of being a princess on her wedding day is lost on Valerie Tellmann.

Check out our Top 10 most-read entertainment stories on Richmond.com of the year.

Valerie Tellmann-Henning, a ballerina with the Richmond Ballet, received a special wedding surprise dance from her husband Kirk Henning at Richmond CenterStage.

Valerie Tellmann, a ballerina with the Richmond Ballet, received a special wedding surprise dance from her husband Kirk at at Richmond CenterStage.