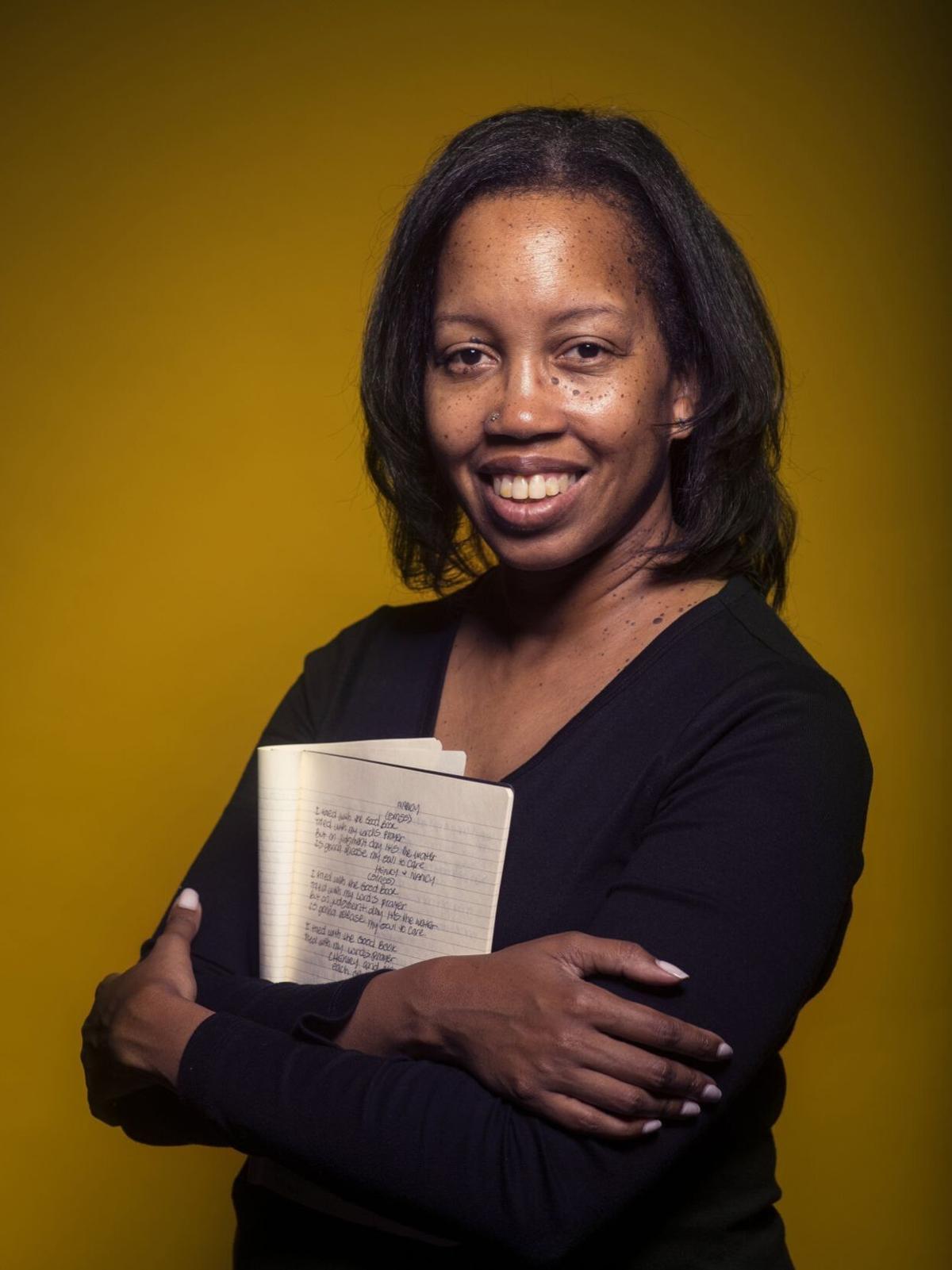 Playwright Christina Ham has worked on shows including Netflix’s “Chilling Adventures of Sabrina.” 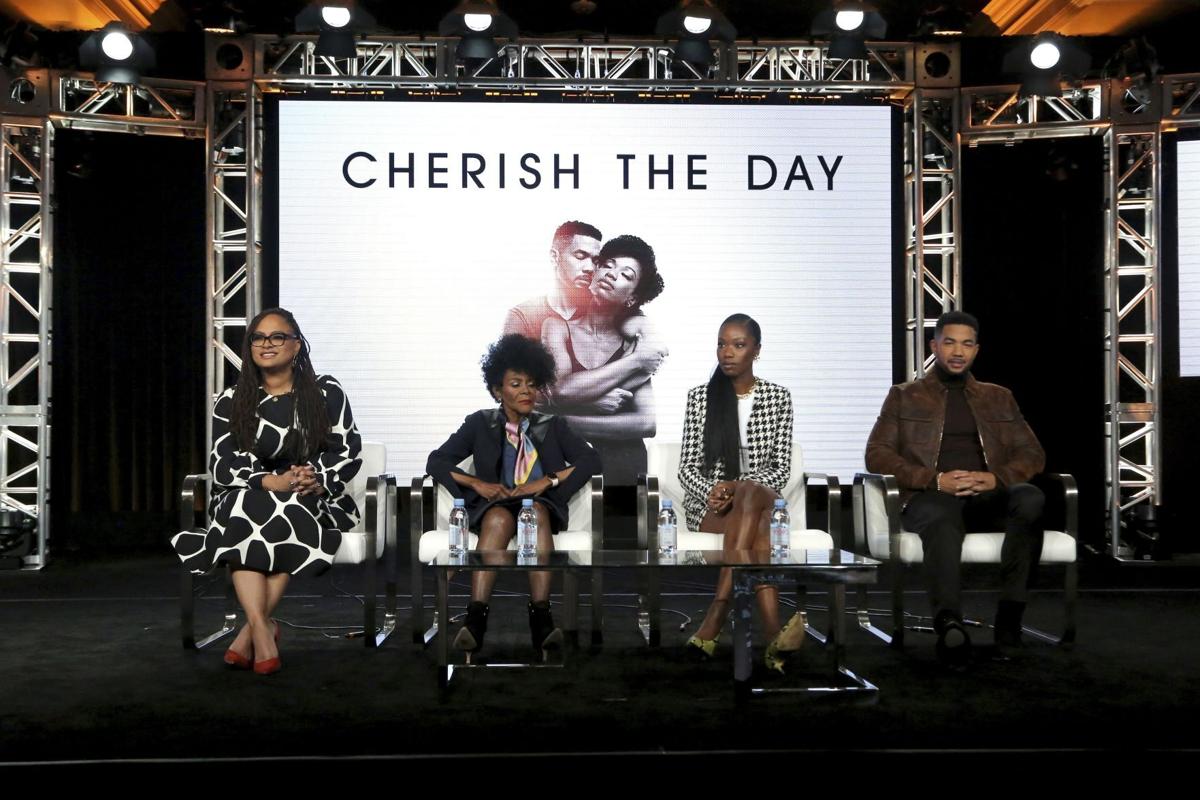 Ava DuVernay, from left, Cicely Tyson, Xosha Roquemore and Alano Miller appear at the OWN: Oprah Winfrey Network’s “Cherish the Day” during the Discovery Network TCA 2020 Winter Press Tour at the Langham Huntington on Thursday, Jan. 16, 2020, in Pasadena, Calif. (Photo by Willy Sanjuan/Invision/AP) 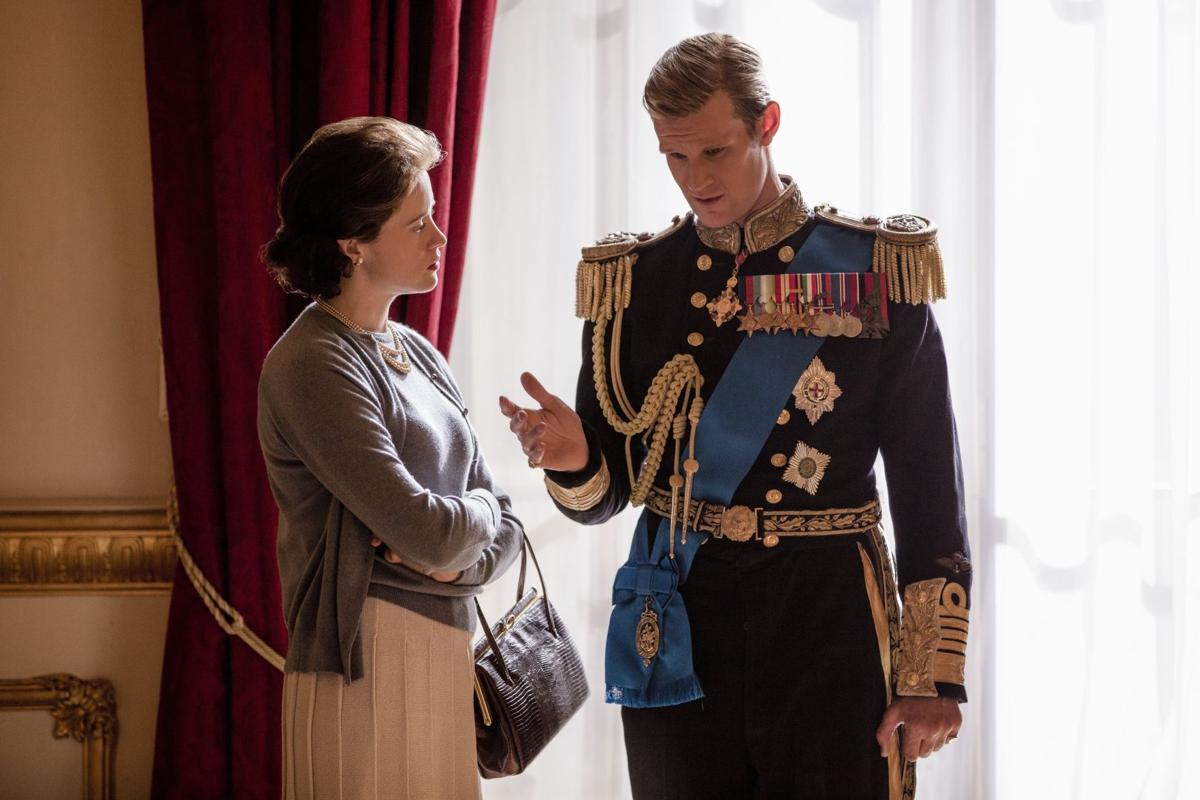 Claire Foy and Matt Smith appear in “The Crown” as Queen Elizabeth and Prince Philip. MUST CREDIT: Robert Viglasky/Netflix 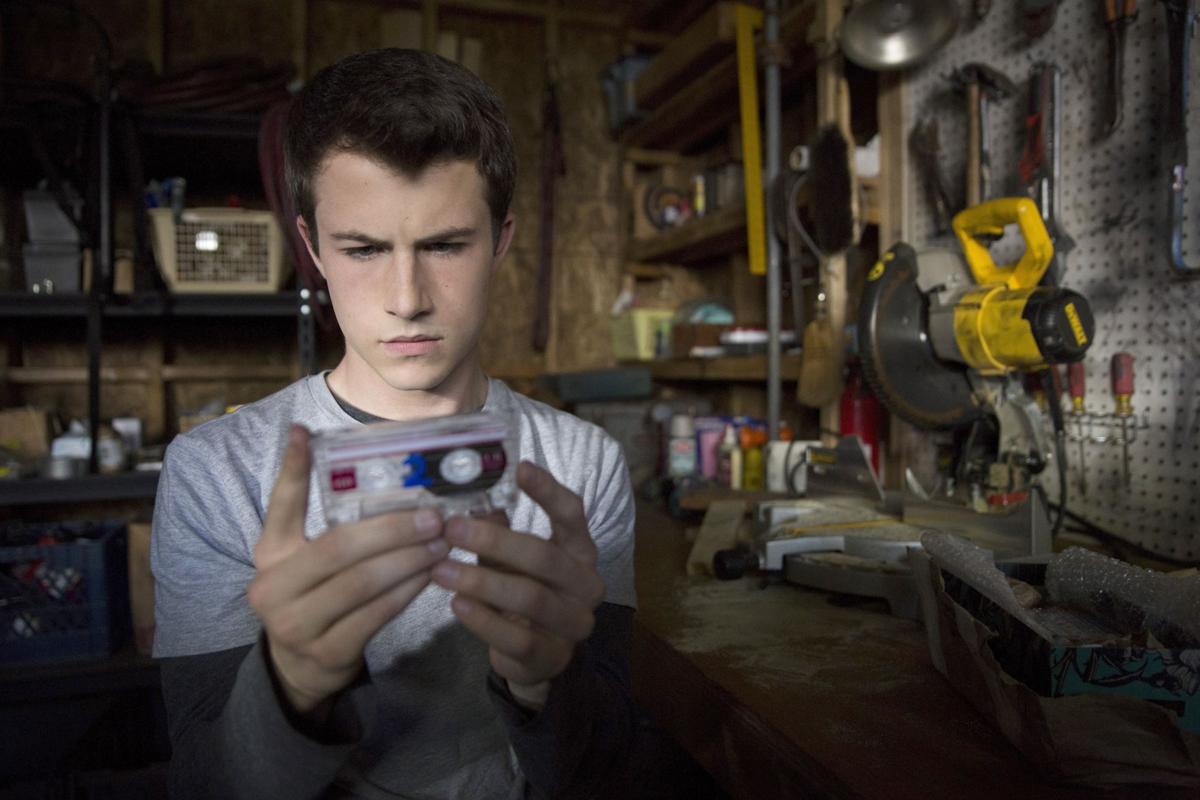 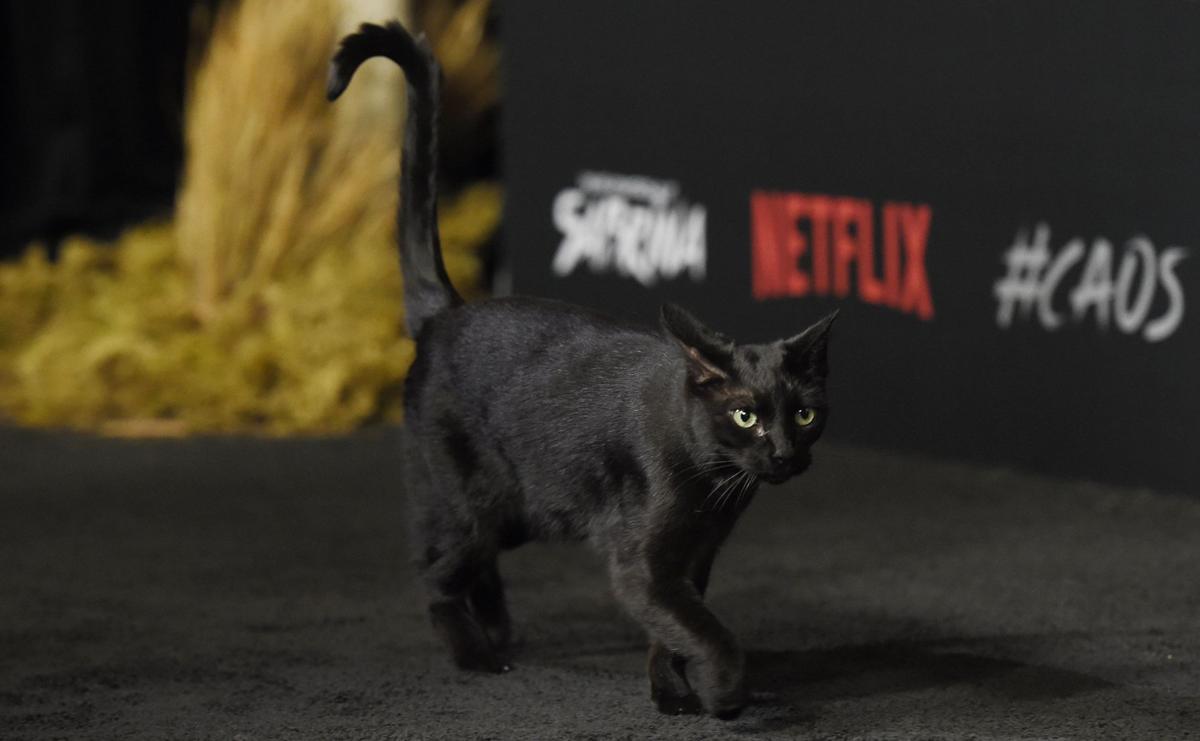 A black cat prowls the carpet at the premiere of the occult-themed Netflix series “Chilling Adventures of Sabrina,” Friday, Oct. 19, 2018, in Los Angeles. (Photo by Chris Pizzello/Invision/AP)

Christina Ham has become one of the country’s most-produced playwrights, thanks to regional theaters embracing “Nina Simone: Four Women” and “Four Little Girls: Birmingham 1963.” But it wasn’t until she started conjuring up dialogue for a teenage witch that she could afford $20,000 in plumbing repairs at her Los Angeles house.

It’s hard to be a playwright and earn a living, said Ham, who joined the writing staff for Netflix’s “Chilling Adventures of Sabrina” for its first two seasons and is currently the supervising producer on HBO’s “Westworld.”

“You spend 25 or 30 years scratching and scraping, trying and trying and then suddenly you’re in a new business that appreciates your work in a different way,” she said.

More and more playwrights are using their stage success to transition to television for fatter paychecks and wider opportunities.

In 2020, nearly 500 scripted series premiered on the air, more than double the number launched a decade earlier.

“It’s a radical difference,” said Jeremy Cohen, producing artistic director for the Minneapolis-based Playwrights’ Center, which helped nurture the careers of Ham and many others. The institution has ramped up the number of TV writing courses it offers in the past six years. “It’s not just Netflix, Hulu and Starz. It’s web content, video games, virtual reality games. And they’re getting paid well for them.”

James Anthony Tyler, who won the third annual Horton Foote Playwriting Award before snagging a seat in the writers’ room for OWN’s “Cherish the Day,” said he can make as much doing two or three weeks of TV work as he would during an entire year in the theater.

“For a long time, I blocked out the TV and film world,” he said. “But then reality sets in. There’s only so much of a living you can make in the theater.”

Before working on network shows such as “Law & Order: Criminal Intent” and “American Crime,” Diana Son watched her play “Stop Kiss” make it to off-Broadway in 1998 with a cast that included Sandra Oh.

But while soaking in the accolades, she was still anxiously waiting for the Syfy Channel to pay her for providing “Star Trek” trivia questions for its website.

“It wasn’t like I woke up with a bag of money under my pillow,” Son said. “Moving to TV gave me a steady paycheck and the chance to live a middle-class life.”

Son eventually joined “13 Reasons Why,” where she served as a showrunner, usually the most powerful position on a TV series.

But before getting there, she had to start at the bottom of the ladder, serving the creative vision of someone else.

Her first entry into television, as a story editor on “The West Wing,” was frustrating, she said, largely because the primary writer, Aaron Sorkin, wasn’t interested in input from his underlings.

“As a playwright, you’re in a situation where the actors will ask if you mind if they add a ‘yeah’ before they say their lines,” she said. “Then you’re a staff writer on a TV show and you’re a soldier. You’re there to execute that showrunner’s vision.”

Not every veteran playwright can make the adjustment.

“We had one of those writers on ‘Sabrina.’ He was very angry about it,” said Ham, who has also contributed to “Them” and “Sweet Tooth.” “In hindsight, I think he regretted it. So many people want that seat. I never went into the TV thing thinking they were hiring me for my own voice. My job was to service the showrunner and write in their voice. The minute you lose that, you’re not going to be happy.”

Once playwrights do rise to a position of authority, they often are more successful than those who got their training in the TV or film world.

Phoebe Waller-Bridge (“Fleabag”), Peter Morgan (“The Crown”) and Julian Fellowes (“Downton Abbey”) all had stage experience before making their mark on the small screen.

Tony McNamara said his time in the theater helped him communicate better with the cast when he turned his play “The Great” into a Hulu sitcom starring Elle Fanning.

“If you’re only a TV writer or a screenwriter, you don’t get much time with the actors,” said McNamara, who earned an Emmy nomination for his adaptation. “But in the theater, you’re all in the room together the whole time. You get to understand them. That’s been a really good thing for me.”

Karl Gajdusek, who created the plays “Minneapolis” and “Greedy” before running the first season of “Stranger Things,” said theater veterans are in high demand during this golden age of television that has welcomed language-driven shows such as “The Wire,” “Breaking Bad” and “The Sopranos.”

“The playwright’s imagination may have been counterproductive on a show like ‘CHiPS,’” Gajdusek said. “We’re now in a new place. The pace has slowed down. Characters have gotten deeper. The writing has elevated.”

Gajdusek hopes to return to the theater, but his services in television and movies are too much in demand at the moment. He co-wrote the script for “The King’s Man,” which is expected to be released in December. He hasn’t done a play in more than a decade.

Other acclaimed playwrights have the same problem. But many hope to return, sharper than ever.

“I’ve learned so much from the TV pros,” said Melanie Marnich, whose plays have been produced at the Kennedy Center and the Steppenwolf Theatre Company. She has focused almost exclusively on television for the past 12 years, winning a Golden Globe along the way for her contributions to “The Affair.”

“In TV, the fact is you have to tell a story. Sometimes playwrights have to learn how to do that.”

Son said her time working on procedurals like “Blue Bloods” will influence her when she writes future plays.

“TV is great with cliffhangers, especially on network shows when you need one every eight or 13 minutes before the commercials,” she said. “It teaches you about keeping the audience on the edge of their seats. That’s a great tool.”

How Ina Garten blew off the Food Network: 'Lose my number'

How Ina Garten blew off the Food Network: 'Lose my number'

Lorde opens up about pandemic-induced loneliness

Lorde opens up about pandemic-induced loneliness

Playwright Christina Ham has worked on shows including Netflix’s “Chilling Adventures of Sabrina.”

Ava DuVernay, from left, Cicely Tyson, Xosha Roquemore and Alano Miller appear at the OWN: Oprah Winfrey Network’s “Cherish the Day” during the Discovery Network TCA 2020 Winter Press Tour at the Langham Huntington on Thursday, Jan. 16, 2020, in Pasadena, Calif. (Photo by Willy Sanjuan/Invision/AP)

Claire Foy and Matt Smith appear in “The Crown” as Queen Elizabeth and Prince Philip. MUST CREDIT: Robert Viglasky/Netflix

A black cat prowls the carpet at the premiere of the occult-themed Netflix series “Chilling Adventures of Sabrina,” Friday, Oct. 19, 2018, in Los Angeles. (Photo by Chris Pizzello/Invision/AP)