Something about Chris Rock just makes you slap-happy.

Making you laugh is one thing. Making you think is another. And that’s exactly where Chris Rock works, inhabiting that uncomfortable political and cultural space — the contested middle of the Venn diagram — to deliver punchlines that leave you dazed and disarmed as your brain’s neurons fire off signals in new directions.

George Carlin had this ability. So did Richard Pryor. And Chris Rock has it — perhaps even more so today than two decades ago, when he first peaked on stage and screen.

Rock’s full talents were on display Tuesday night at Richmond’s Altria Theater, the first of a two-night engagement in Richmond and part of Rock’s 38-city Ego Death World Tour.

Some targets were obvious targets: bulls---, Meghan Markle (and the royals), and former President Donald Trump.

Other punchlines were less predictable. For example, he took on woke brands, including lululemon, for focusing too much on activism instead of serving customers. With the yoga pants purveyor, he contended that instead of a pair of $100 “non-racist” pants, we’d rather buy a $20 pair of non-woke, “racist” yoga pants. (In his line of the night most catered to the local crowd, Rock asked us to imagine the cheap, racist pair of pants whistling the racist word we don’t say as the wearer walked through Jackson Ward.)

Ego Death marks Rock’s first tour in five years. Since then, the comic and actor has grown his eclectic list of credits by starring in the latest season of “Fargo” and, you know, playing host to the 88th Academy Awards. (Rock does address the incident with Will Smith, but we’re not going to give that away.)

In a day of rabid polarization, Rock embraces the uncomfortable middle ground. (He’s not alone; comics including Bill Burr and Bill Maher are still going their own way.)

On abortion, Rock walked down the pro-life path before slightly pivoting, digging into nuance and semantics. Likewise, he blamed Hillary Clinton for all of our present-day problems — but not in the way you might imagine.

Rock’s true strength is in deviating from the script laid down by parties and culture warriors from all sides — and blazing a thought-provoking trail forward. That’s the substance; his style is still high-energy, conversational and outraged when it matters most.

He’s also a historian, performing a quick character study of Michael Jackson versus R. Kelly and suggesting the one with the better song catalog is remembered in the better light. And Rock aimed at an easy target: the Kardashians.

Specifically looking at the diverse and sometimes broken collection of men the Kardashian daughters dated, he calls the matriarch, Kris Jenner, more welcoming than the Statue of Liberty.

Yes, he torched them. And this line of jokes opened the door for a few doozies via O.J. Simpson punchlines, as Jenner’s husband, the late Robert Kardashian, engineered his acquittal.

Rock’s deft handling of transitions in and out of bits as well as his clever callbacks are the mark of a master at work.

And while he never asks the question, his routine begs it: Will cancel culture eventually knock him out?

If so, that might be the time for all of us to throw in the towel.

Slap-happy is one thing; punch drunk is another.

Editor’s note: Photography was not allowed at the show.

Halloween is almost here. And RVA is serving up larger-than-life treats — none of those “fun-size” events. Be sure to choose carefully, and re… 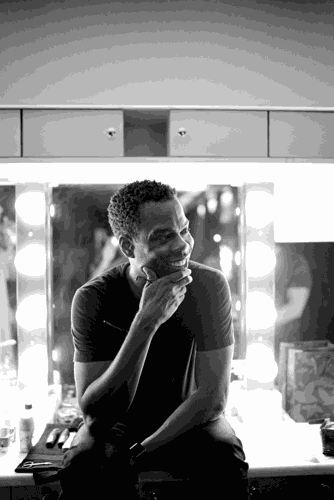