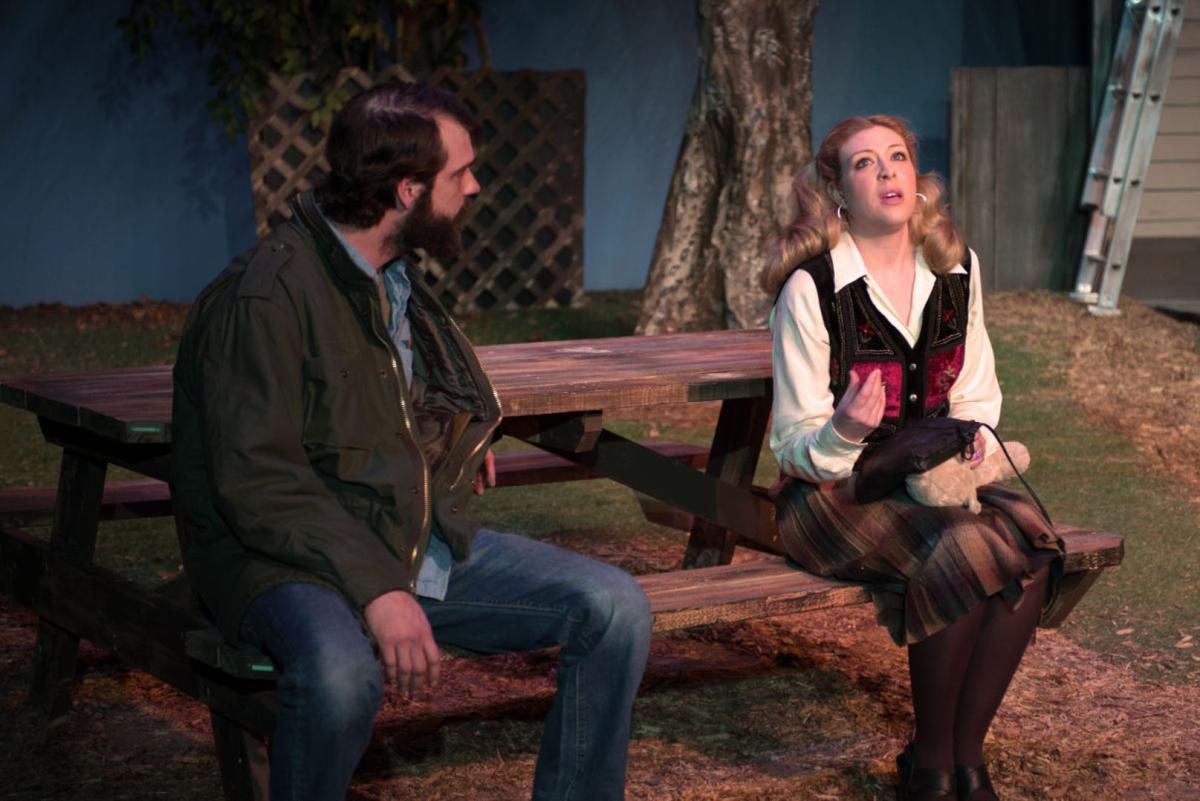 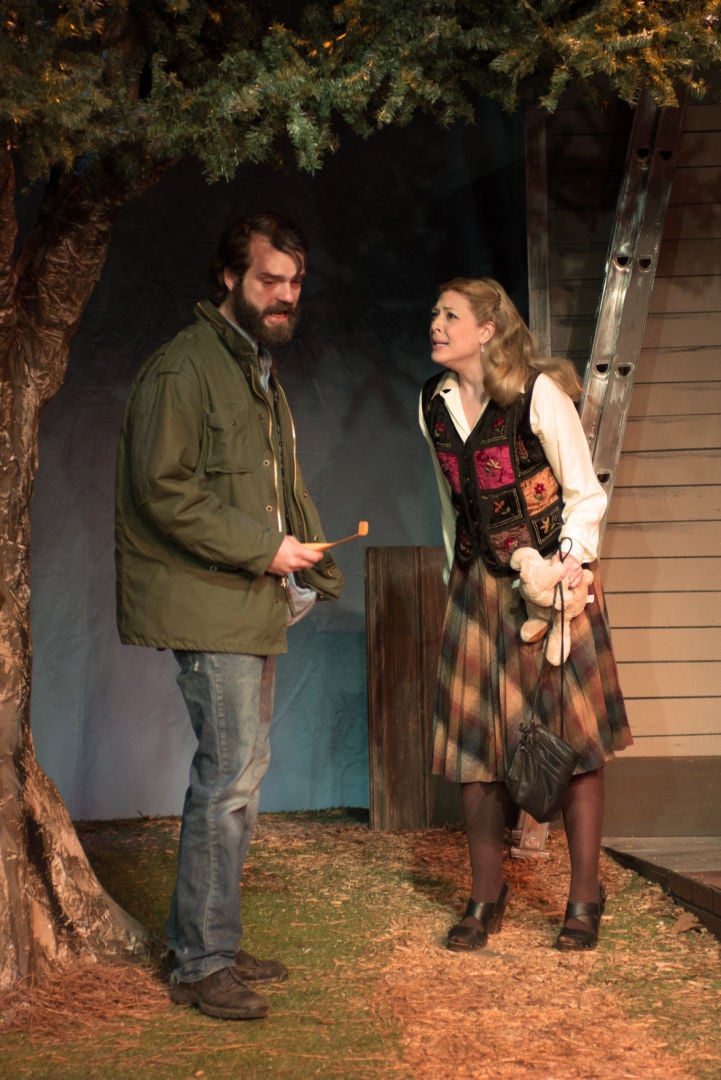 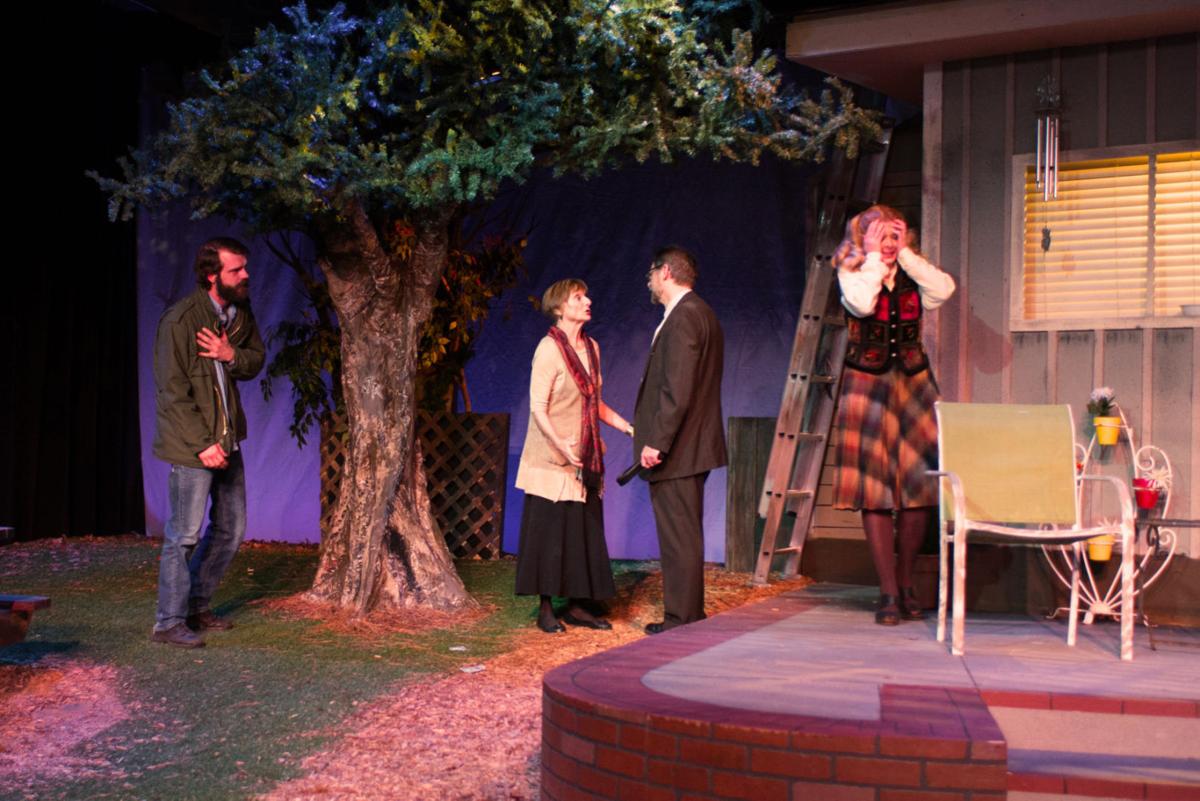 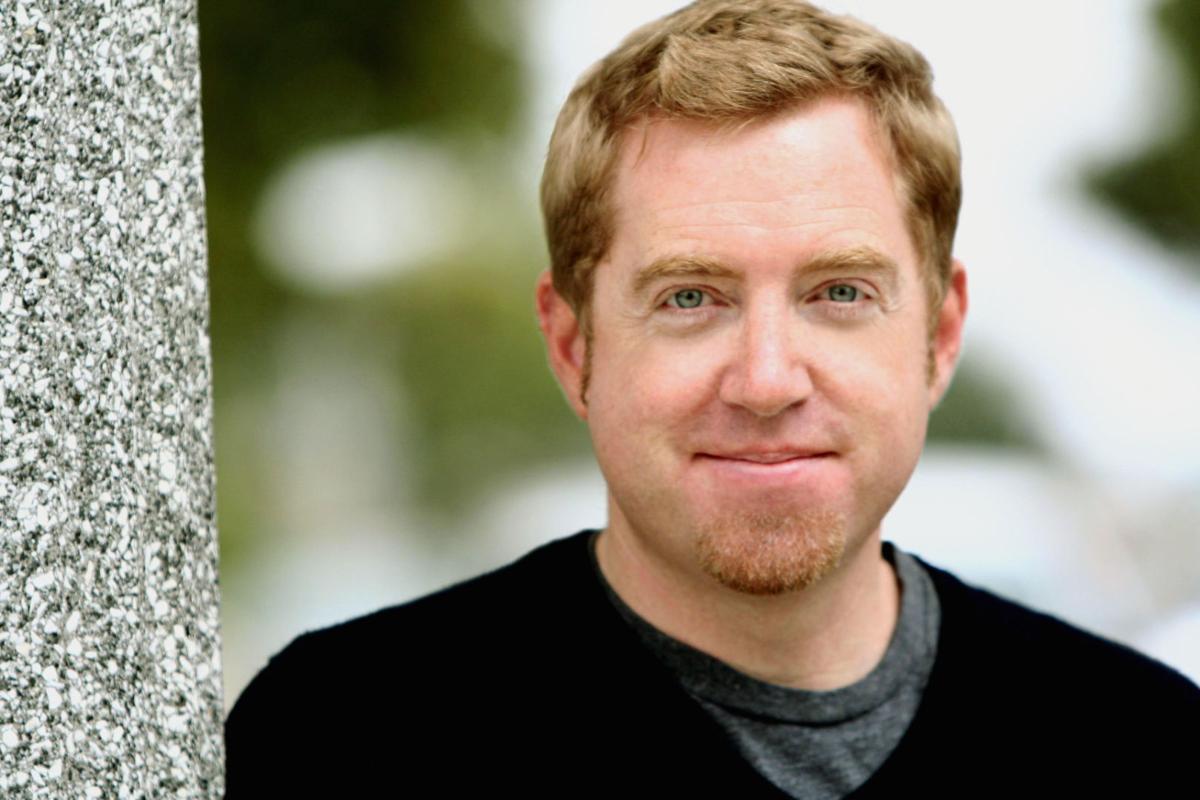 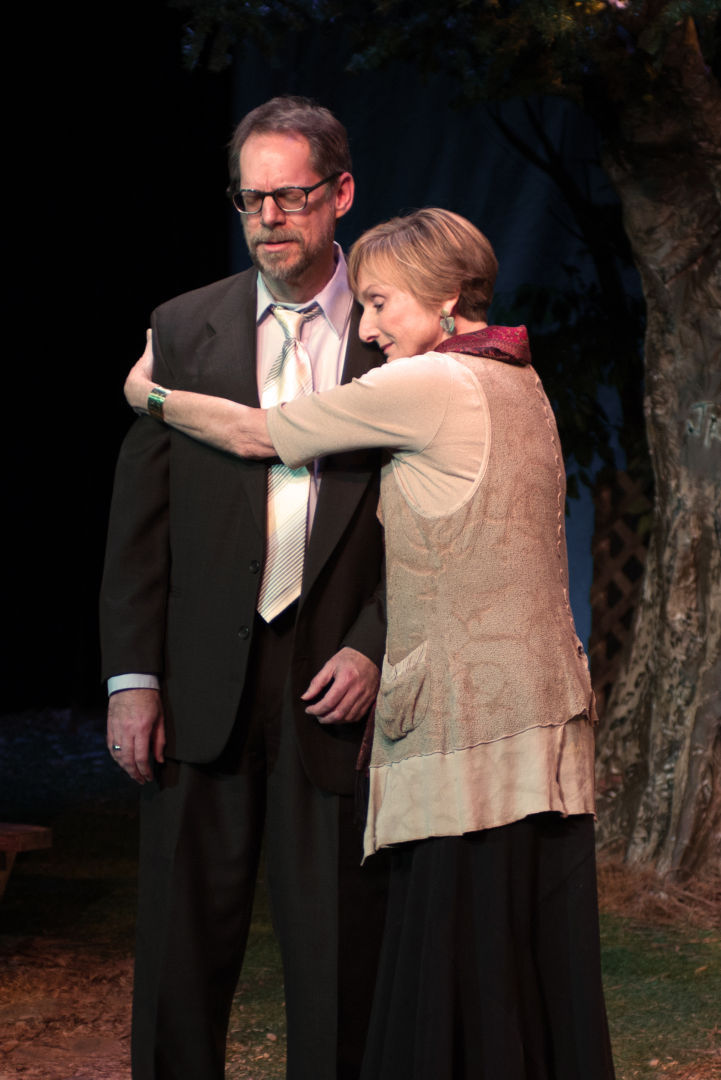 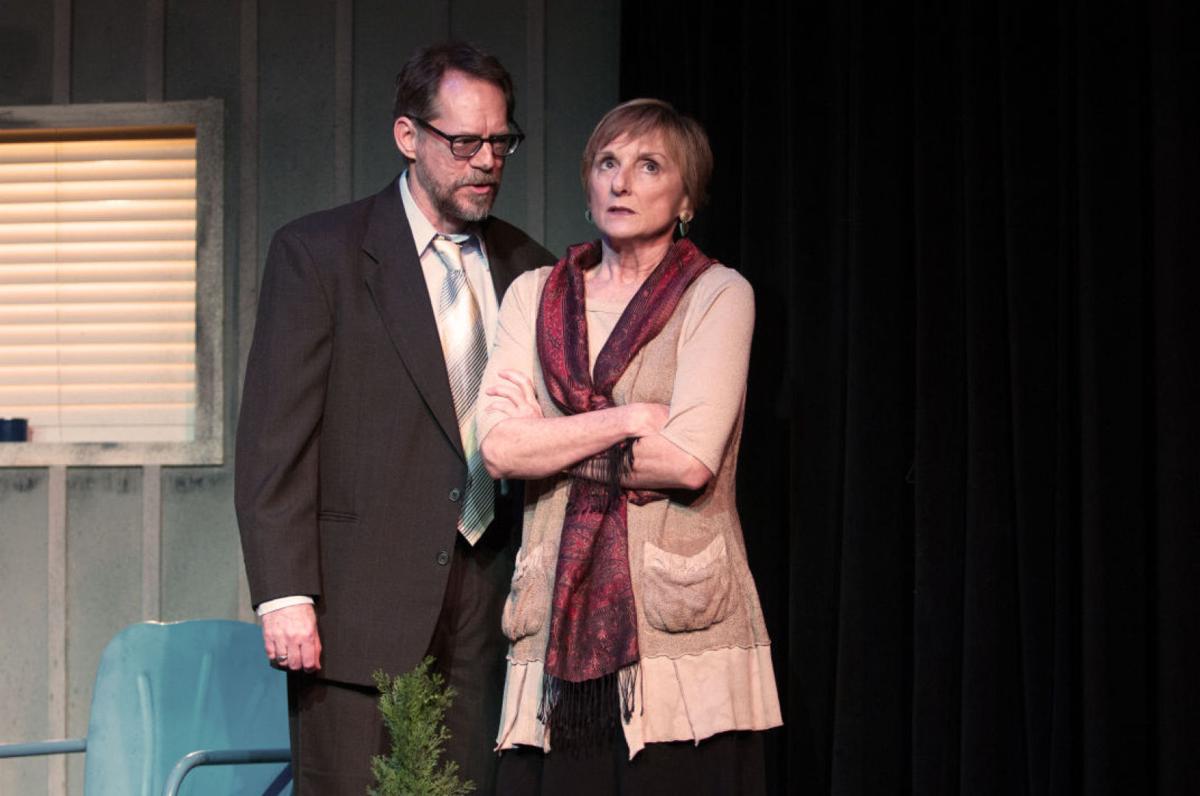 Playwright Kelly Younger once wanted to be an archaeologist. These days, he is a busy man of the theater, with credits that include his sibling-conflict drama “This World We Know,” now in a world premiere run at Firehouse Theatre.

The shift in career strategy may seem huge — but Younger says playwriting and archaeology are actually not that far apart. “I don’t think I ever lost my archaeological desire,” he said. “I often think that what I do as a playwright is dig into character and story, attempting to unearth some ancient truth. It’s dirty, meticulous work, but I find what is underneath the surface much more fascinating than what is easily apparent.”

“This World We Know” certainly engages in a kind of excavation — probing beneath the surface of a troubled relationship between a brother and sister at two different points in time. In the Firehouse production, running through March 7, Catherine Bryne and Scott Melton play the older siblings, while Grey Garrett and Charley Raintree play the younger versions.

Despite the comparatively small cast, “This World We Know” teases out a whole family history riddled with secrets and betrayal and hope. It may have been this achievement that made the play the winner of Firehouse’s Festival of New American Plays in 2013. With the current production, directed by Kerrigan Sullivan, “This World We Know” becomes the first play submitted to the festival to receive a full production at the Firehouse. That milestone is particularly significant given that, according to a Firehouse tally, close to 2,500 scripts have crossed the transom since the festival launched in 2002.

Younger, a professor of English at Loyola Marymount University in Los Angeles, said that “This World We Know” draws on a personal story passed along by his father. The fairy tale “The Juniper Tree” supplied further inspiration.

And then there’s the fact that he himself loves complex family dramas. “If I could choose another era to live and write in, you would find me loitering at the stage doors of Eugene O’Neill, Arthur Miller, Lillian Hellman, Thornton Wilder and Tennessee Williams,” he said.

His affinity for theater dates back to his childhood in Los Angeles. When he was 5 or 6, he remembers, his mother bought tickets to a production of “Evita.” Young Kelly’s seat turned out to have an obstructed view — he could only see about half the stage — but the experience still wowed him.

“I just couldn’t get over the fact that these people were on stage, singing and dancing and acting — and living — right in front of me,” he said. “When I looked over at my mom (working two jobs at the time), she was sound asleep. So here I was, this kid, in this vast theater, going through this visceral experience on my own. It was thrilling and terrifying.”

Still, when older, he had that dream about archaeology, so he went on to study classics at Loyola University Chicago. Ancient Greek drama particularly appealed to him, and eventually he realized that he was drawn to theater, rather than the unearthing of history. He won a fellowship to study theater in Dublin, where he developed a love of Irish playwrights, such as Sean O’Casey, Samuel Beckett, Brian Friel and Marina Carr.

“Irish playwrights are of a particular breed,” he said. “No one quite manipulates language like they can. So lyrical and violent at the same time. I definitely aspire to those same qualities and feel like my real theatrical training came from those years in Dublin.”

He earned a doctorate in drama studies from University College Dublin. After his Irish sojourn, he returned to Los Angeles, where he lives with his wife, two children and dog named Sean Solo. (“He’s Irish and a Star Wars fan,” Younger said, explaining the canine moniker.)

Meanwhile, Younger continues to put his theatrical training to use. Among other credits, he received a commission from New York’s Irish Repertory Theatre to dramatize Peter Quinn’s historical novel “Banished Children of Eve”; the play debuted at the off-Broadway company in 2010.

A recent success has been “Kalamazoo,” the comedy he wrote with Michelle Kholos Brooks; the play is now running at Pacific Resident Theatre in Venice, Calif., following a reportedly sold-out run at Indiana’s Bloomington Playwrights Project.

As for “This World We Know,” it found a receptive match in director Sullivan, who loves being involved in new plays. A theater professor at John Tyler Community College, Sullivan marvels at the suspense Younger’s drama creates with its flash-back, flash-forward structure. The story “really grabs us from the beginning,” becoming “a mystery you want to solve,” she said. When the whole truth becomes clear, late in the play, “it really is an amazing experience.” (The production is part of the Acts of Faith Festival.)

Younger said “This World We Know” has found the right forum, especially given Richmond’s involvement in America’s costliest historical trauma.

“It’s not lost on me that my play is, in a sense, a civil war between two siblings,” he said. “Or really, that each of my characters is in a civil war with themselves — torn between the past and the present.” The fact that the play is premiering in Richmond, he said, “is fitting.”

“This World We Know”

From where Pim Bhut stood in her portrait, sketched in black and white nearly 40 years after fleeing a civil war, she was ready for people to …

On the wall across from VCU Police Department, advocates unveil a mural that imagines a world without youth prisons

Kala Williams dreams of a 20-room mansion, where her nephews could one day run freely, stumbling over the toys strewn across her floors. The w…

From where Pim Bhut stood in her portrait, sketched in black and white nearly 40 years after fleeing a civil war, she was ready for people to …