Vaccine eligibility prioritizes residents 65 and up. In Richmond, only 5% of Latinos are in that age group 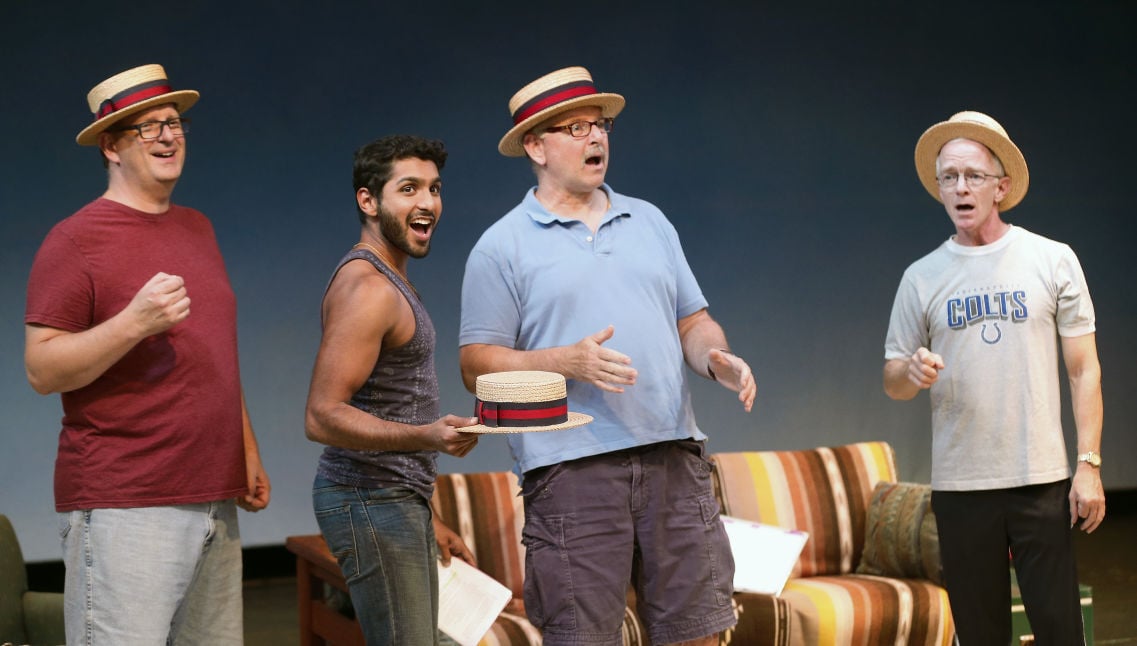 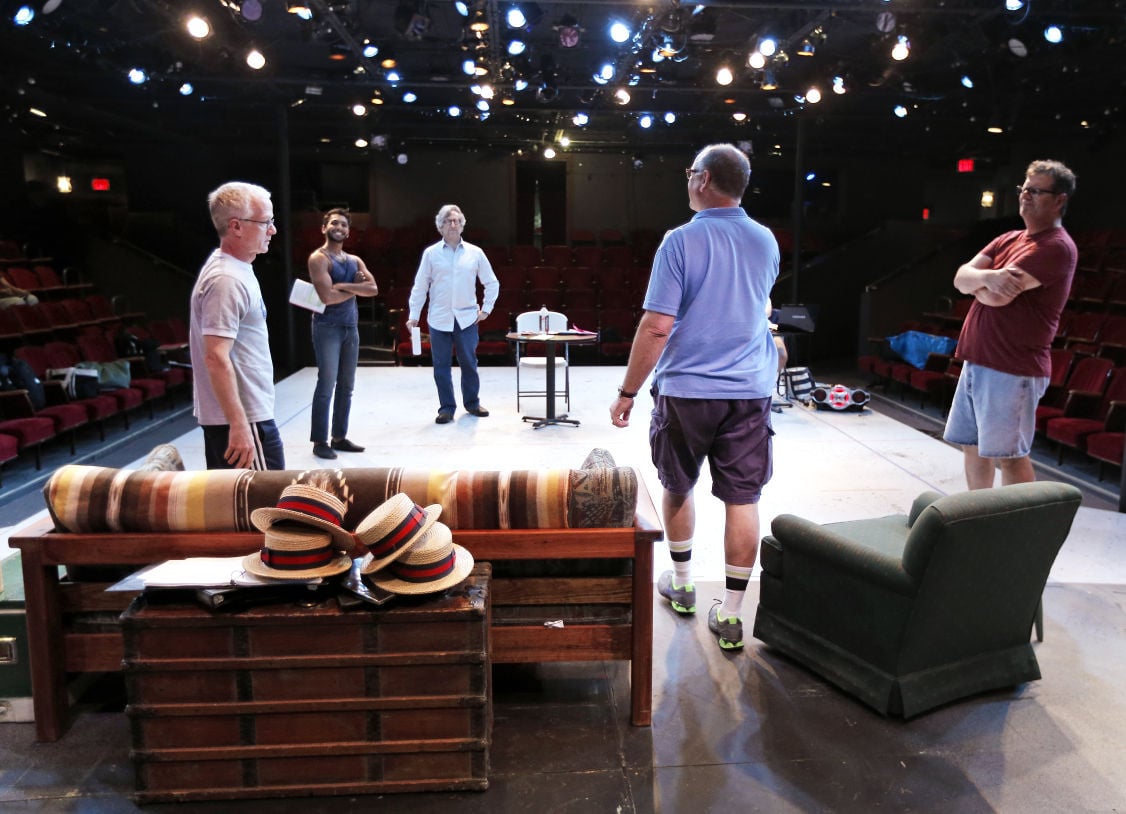 In middle, John Markus, former head writer of "The Cosby Show," is directing "The Fabulous Lipitones" for the Hanover Tavern theater. He works with actors (left to right) Ford Flanagan, Levin Valayil, Stephen Boschen and Joe Pabst Thursday, August 27, 2015, at The Children's Theatre.

Issues of immigration and prejudice might not be expected in a barbershop quartet musical. But when the playwrights are veterans of “The Cosby Show” and have an impressive list of other television and playwriting credits, expectations get upended.

John Markus and Mark St. Germain’s “The Fabulous Lipitones,” now at Hanover Tavern, opens Virginia Rep’s season with humor, tunefulness and humanity. The quartet of the title are middle-aged Ohio gents who’ve been together for decades before their lead singer drops dead at a regional competition. They win that round and are supposed to move on to the nationals in Reno, Nev., but they need a new lead in a hurry.

The lovingly rendered (by designer Terrie Powers) paneled basement where the quartet rehearses tells much of what we need to know about these men — Ohio State Buckeyes and Rat Pack posters, a beer sign: You have to be nostalgic to sing barbershop.

Wally (Ford Flanagan), Phil (Joe Pabst) and Howard (Steve Boschen) are the surviving Lipitones, and they’re in conflict about whether they should persevere. The fourth man they eventually find is a terrific singer, but his ethnic origins are off-putting to this homogeneous crew.

Playwright Markus is the director, and his experience shows as the jokes and barbs crackle out to the audience. The singing is wonderful, too, with many barbershop favorites such as “After You’ve Gone” and “Beautiful Dreamer,” along with some new material by St. Germain and Randy Courts, and fine musical direction by Stephen Rudlin. A barbershop quartet’s voices should blend perfectly, and this group almost always nails it.

The best thing here, though, is not the musical tone but the emotional one. The characters are familiar types — blowhard Phil, timid Wally, henpecked Howard — yet they work through their assumptions and prejudices with genuine feeling and an admirable ability to grow.

Levin Valayil, as Bob, the newest Lipitone, gives a moving performance as the Jackie Robinson of the group. Valayil embodies the character’s intelligence, talent, enthusiasm and dignity. And Wally’s smartphone is virtually the fifth character in the comedy, with many bits focused on it.

The big finale is a bit of a letdown, though — less funny, just when you’re looking for the big finish. But the Lipitones have plenty to love.

Susan Haubenstock is a Henrico County-based freelance writer and editor. Contact her at susan.haubenstock@gmail.com.

The former head writer of "The Cosby Show" directs the play he co-wrote.  It will be performed at the Hanover Tavern theater.

He writes, he directs, he cooks! John Markus feeling right at home

John Markus grew up in Ohio and has spent much of his working life in Southern California and New York, cobbling together an impressive résumé…

In middle, John Markus, former head writer of "The Cosby Show," is directing "The Fabulous Lipitones" for the Hanover Tavern theater. He works with actors (left to right) Ford Flanagan, Levin Valayil, Stephen Boschen and Joe Pabst Thursday, August 27, 2015, at The Children's Theatre.