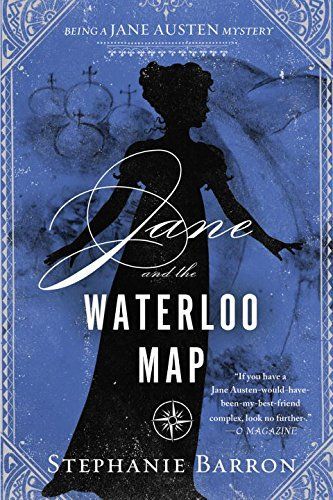 "Jane and the Waterloo Map" by Stephanie Barron 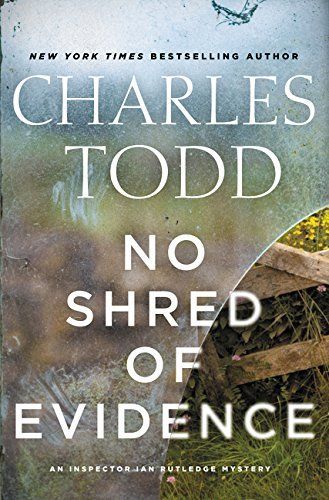 "No Shred of Evidence" by Charles Todd 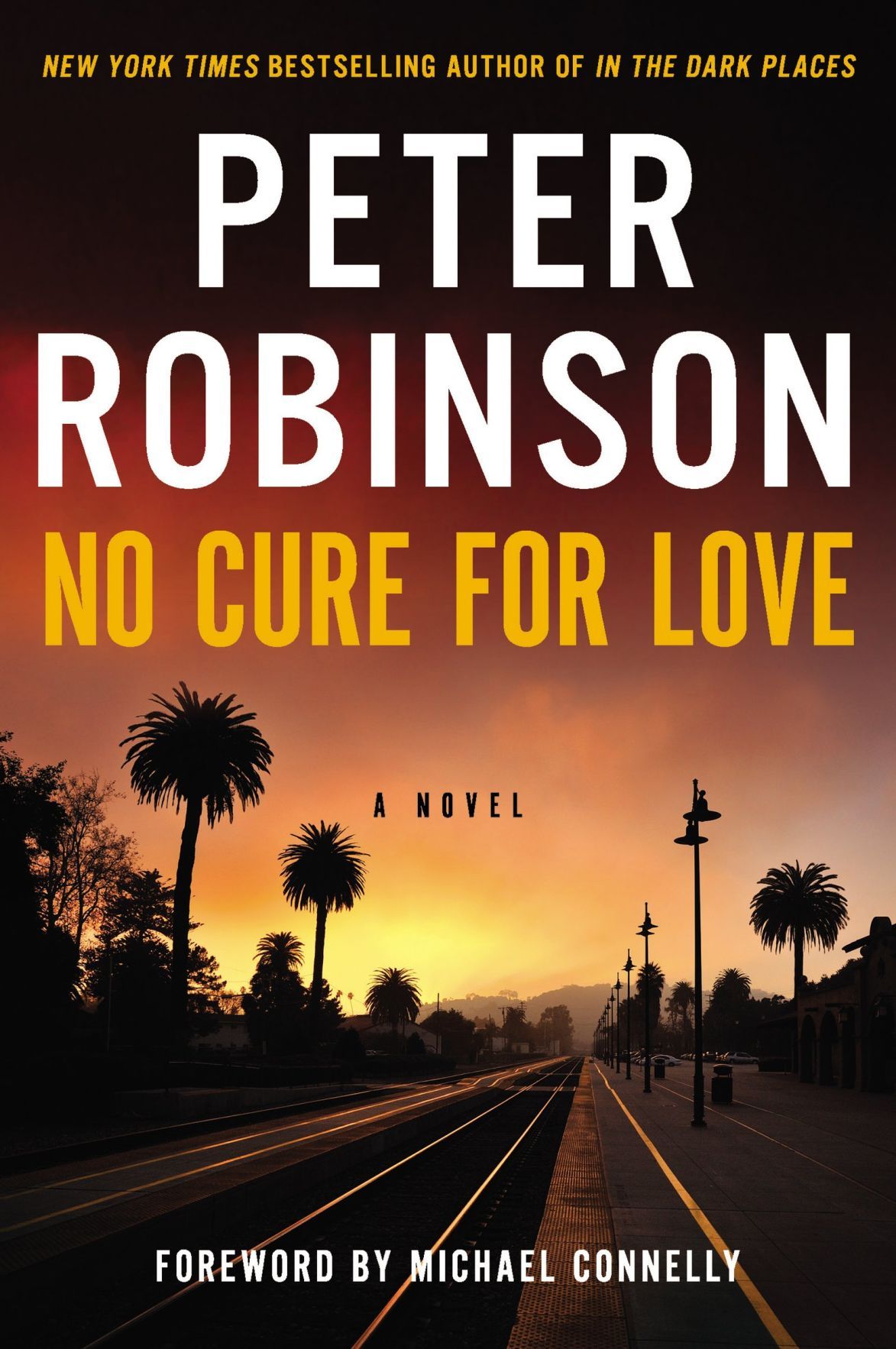 "No Cure for Love" by Peter Robinson 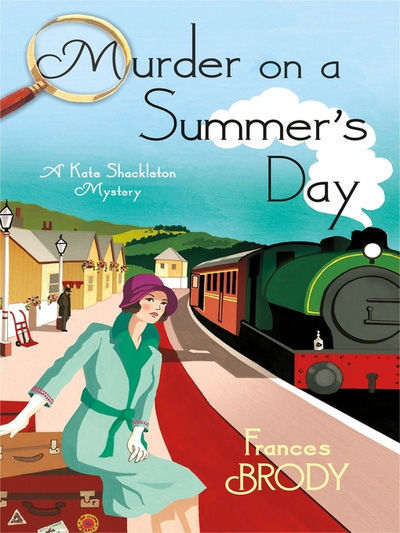 "Murder on a Sumer's Day" by Frances Brody

On a brisk autumn day off the northern coast of Cornwall, four young women embark on a boating excursion. Nearby, so does a young man.

After Harry Saunders’ dinghy sinks, the women — Victoria Grenville, Kate Gordon, Elaine St. Ives and Sara Langley — try to rescue him, but they’re not strong enough. So Brad Trevose, a farmer watching from the shore, swims out, pulls the man into the women’s rowboat — and then accuses the four of trying to kill Saunders. When he dies of his injuries, murder charges follow.

When Rutledge is assigned to review the case, he finds the well-to-do parents of the women outraged by the accusations, Saunders’ parents adamant that the charges stand, Trevose sticking to his story — and a personal connection to one character. But as he investigates, and further attacks occur, he discovers a far-reaching case of revenge-inspired hatred.

Todd — the pen name of a mother-and-son writing team — again brings an intricate plot, an intriguing cop, satin prose and a moody setting to this haunting historical novel. For those who love a literary whodunit, nobody does it better than Todd.

That’s what you get in “No Cure for Love” (416 pages, William Morrow, $14.99). But because the author is Peter Robinson, creator of the superb Inspector Alan Banks police procedurals, you get much more.

Set in Los Angeles in the early 1990s, the thriller focuses on Sarah Broughton (real name Sally Bolton), a Brit who stars in a hit American cop series. When she begins receiving letters that blend love with threats, Detective Arvo Hughes of the Los Angeles Police Department’s Threat Management Unit is assigned to the case. To his frustration, Sarah — the ex-girlfriend of a now-dead rocker — spent too much time on a drug-saturated tour with her beau and can’t quite remember the significance of the stalker addressing her as “Little Star.” Arvo is a persistent cop — and a good one — and won’t surrender.

Robinson, the author of 23 entries in the Banks series, two previous standalone novels and two collections of stories, brings his many talents to this thriller — a storm of suspense with a clever twist, cannily crafted characters and a sure touch at dialogue. His only novel set entirely in the U.S., “No Cure for Love” displays the courage of a writer willing — and eminently able — to stretch his boundaries.

As the fifth entry in Brody’s series featuring photographer and amateur sleuth Kate Shackleton opens, the intrepid heroine is summoned by the British government to Bolton Hall, a ducal estate where Maharajah Narayan Halkwaer of an Indian princely state has disappeared while hunting. When he’s found shot dead in the woods, Kate suspects foul play but is hindered by officials’ attempts to cover up a potential international incident with Britain’s prized colony.

The maharajah had traveled to Bolton Hall with his Cockney mistress, former dancer Lydia Metcalf. One of his last acts was shooting a white doe, an act decried by the villagers. But as Brody unfolds her tale, several possible additional motives arise: romance, avarice and politics. And what has become of a priceless diamond that the maharajah intended for his paramour?

Brody, a skilled practitioner of crime fiction, produces another dandy puzzle complete with clues and surprises, the continued development of Kate as a memorable detective, powerful local color and gentle humor. With a nod to her predecessors and drawing on her own creativity, she continues the Golden Age tradition, expands its reach and offers a rewarding read for discerning fans of the genre.

Nearly two centuries after her death, Jane Austen retains her popularity — and the adoration of Austenites worldwide. And those qualities have spurred a cottage industry of authors who use her — and sometimes her writing style — in their work.

Among the best is Stephanie Barron, a former CIA agent whose 13th novel in her series featuring her subject as an amateur sleuth, “Jane and the Waterloo Map” (320 pages, Soho Crime, $25.99), is sure to delight aficionados.

Her latest, set in 1815, finds Jane in London to help care for her ill brother and to negotiate the publication of “Emma.” After receiving a surprise and unwelcome invitation to visit Carlton House, the home of Britain’s portly prince regent, she reluctantly accepts — and finds a Battle of Waterloo hero, Lt. Ewan MacFarland, prone, paralyzed and poisoned on the floor of the library.

MacFarland quickly succumbs — after uttering his last words, “Waterloo map” — and Jane becomes caught in a web of murder, intrigue and greed appearing to involve the now-exiled Napoleon Bonaparte.

With a keen sense of plot — the identity of the villain surprises — perfect pitch for Austen’s voice and a cast of new and familiar characters, Barron has again produced a pleasant excursion into literate and historical escapism.

Jay Strafford is a retired writer and editor for The Times-Dispatch. Contact him at jstrafford@timesdispatch.com.

Many Richmond-area events this weekend will celebrate Juneteenth, the newest federal holiday

There’s a lot to do this weekend, with a Juneteenth celebration at Dorey Park, Bruce Hornsby, Dogwood Dell’s Festival of Arts, and a new Tyran…

'That stage turned out to be my seminary'; Actor Ned Beatty, who died this week, had ties to Virginia theater

Prepare the chili: “The Office” actor who played Kevin will appear at a Norfolk Tides game next week

The chili will be both plentiful and famous next week at Harbor Park. “The Office” actor Brian Baumgartner, who played lovable, chili-making accountant Kevin Malone on the popular sitcom, will appear at the Norfolk Tides’ game against Gwinnett on June 25, the team announced. The Tides will celebrate “The Office” with multiple ways for fans to meet and have photos taken with Baumgartner, ...

Frank Bonner of 'WKRP in Cincinnati' dies at 79

Frank Bonner, who played a brash salesman with an affection for polyester plaid suits on the TV comedy "WKRP in Cincinnati," has died. He was 79.

"Jane and the Waterloo Map" by Stephanie Barron

"No Shred of Evidence" by Charles Todd

"No Cure for Love" by Peter Robinson

"Murder on a Sumer's Day" by Frances Brody