A Richmond restaurant accidentally missed a meals tax payment. Now it owes the city more than $20,000.
58 comments
Share this
Return to homepage × 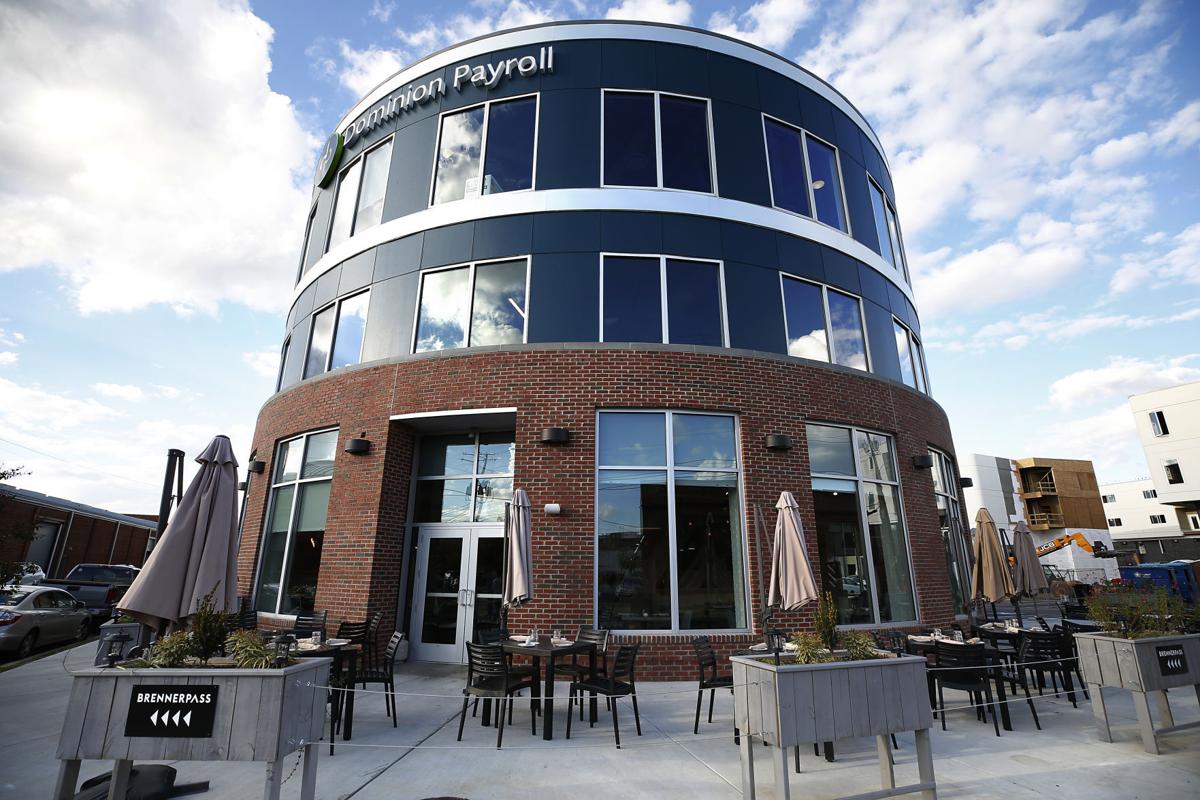 Brenner Pass is located in the Scott’s Addition area of Richmond. 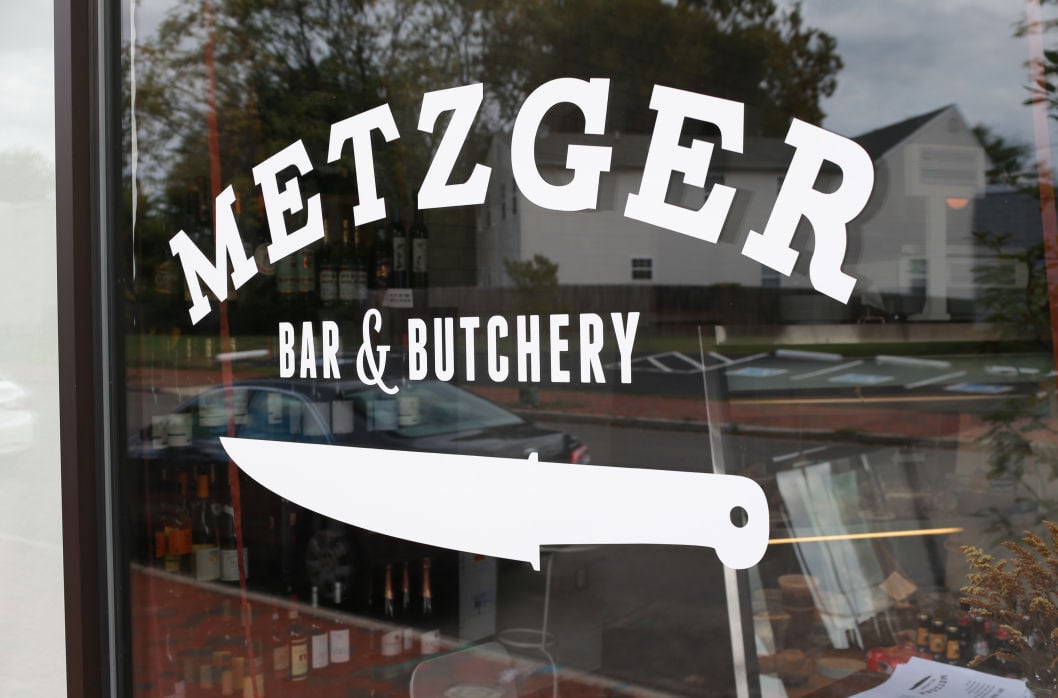 Metzger Bar & Butchery has been named one of Southern Living's “Best New Restaurants: 12 to watch.” 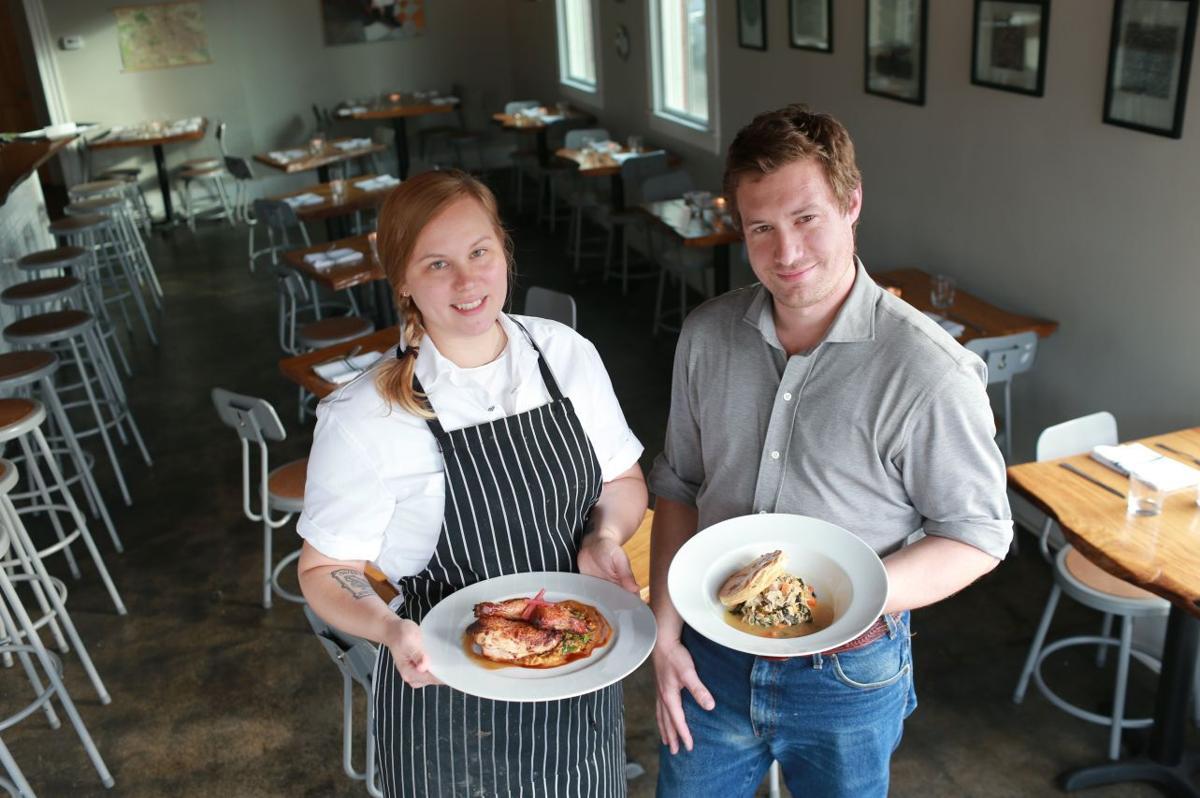 It was May and Richmond restaurant owner Brad Hemp was trying to navigate the paperwork to apply for the city of Richmond’s COVID-19 meal tax amnesty program when he learned that he made an error and failed to pay a monthly meals tax bill about two years earlier.

The error, Hemp acknowledges, was his. He missed a monthly meals tax payment in August 2018 for Brenner Pass, one of the restaurants he co-owns. He thinks it was because he entered his banking information incorrectly, which caused the payment not to process, but regardless, he didn’t pay his meals tax for a month and owns the error.

The city, as is its policy, did not inform Hemp that the payment wasn’t received, or that the banking information entered into its online payment portal was incorrect. It simply assessed Brenner Pass restaurant a late fee of about $1,200 — 10% of its monthly meals tax payment. Then, for the next two years, the city assessed additional fees onto the restaurant’s tax bill until the total amount due swelled to more than $20,000. Hemp was made aware of the error in May, two months into the pandemic.

Hemp is co-owner of two of Richmond’s most lauded restaurants — Brenner Pass in Scott’s Addition and Metzger Bar & Butchery in Church Hill. As the finance guy in the ownership group, Hemp is probably less well-known than the restaurants’ chef and co-owner, Brittanny Anderson, but like Anderson, he’s been involved in the restaurants from the beginning.

And from the beginning, which for Metzger was six years ago in June, every month — by the 20th per Richmond city code — Hemp pays the restaurants’ monthly meals tax, which is 7.5% of the restaurant’s food and beverage sales for the previous full calendar month. Payments, according to the city of Richmond, can be made by mail or online (for a $1.50 transaction fee). A payment is considered on time if its received or post marked by the 20th and any late payment is assessed a 10% late fee, plus an additional 10% annually for each day it’s late after the 20th. Like the monthly meals tax payment, the taxes and fees are self-reported and self-calculated.

That’s all well and good, according to Hemp, but his frustration — one that is shared by other restaurant owners in town — is that restaurants aren’t informed when a payment is counted late and fees start to accrue.

“This can happen month after month, all without the business being aware they are being assessed thousands of dollars in penalties,” Hemp said.

Hemp is taking his situation public to raise awareness about the issue and to lobby for change. Specifically, Hemp wants the city to send some sort of notification to businesses when these payments are counted as late and fees start to accrue.

“It’s outrageous,” said Richmond 2nd District Councilwoman and mayoral candidate Kim Gray, whose district includes Brenner Pass. “I can run through lists and lists of restaurants that have had this happen.”

Gray’s office has been working with Brenner Pass and Richmond’s finance office on the $20,000 bill, which Hemp said he’s paid so that additional fees stop adding up. But Gray said the issue isn’t limited to Brenner Pass. She encounters it regularly, and is planning to introduce an ordinance requiring the city to send late notices to businesses. It’s something Henrico County, another locality with a meals tax, does. It costs Henrico about $20 a month, according to its finance director.

“Compared to the revenue generated by the delinquent bills, the costs are negligible,” said Meghan Coates, Henrico’s director of finance.

But Gray said legislation is meaningless without buy-in from the mayor’s office to make it effective.

The mayor’s office referred questions to the finance office, which said it doesn’t send late notices because the fees and fines are self-reported.

“In many cases we wouldn’t know how much is owed for this self-reported tax based on applicable sales,” said John Wack, the city’s director of finance.

Still, Gray is not alone in hearing from businesses in her district about the need for late fee notifications. Andreas Addison, 1st District councilman, said he too hears from business owners frequently about the lack of notice when payments are missed or misapplied.

“We should tell people,” Addison said. “People are involved, livelihoods are at stake. What we need to do is have a more modern approach to how people pay their taxes. [City Hall] hasn’t focused on customer service. We have a terrible relationship with our business communities.”

“It’s more than just restaurants,” Gray said. “I’ve had some businesses paying on time and it was applied to the wrong account. [With interest and fees], it compounds itself and really becomes a major crisis — it’s devastating and infuriating on so many levels.”

Kevin Grubbs, co-owner of Latitude Seafood Co. in Stony Point Fashion Park, was one of the people paying on time only to find out his payments were being counted late, triggering thousands in penalties.

Grubbs learned on Sept. 3 that his restaurant had been racking up late fees for 10 months due to what the city said was a late payment made in October 2019. Grubbs discovered the fees when he requested a copy of his new business license, which he’d paid for but never received. An employee in the city’s finance office told him the license was being held due to back taxes owed because of a missed payment last October.

Grubbs’ accountant was able to produce a copy of the cashed check to show the city received — and cashed — his October 2019 payment on time. In an email between Grubbs and his accountant, his accountant, who declined to comment, wrote to Grubbs that this kind of mistake with the city happens “a lot.”

It worked out well for Grubbs, though: the city told him they credited the fees and fixed the error.

“I just don’t want one from 2019 posted when it’s almost 2021 — and I paid thousands for it,” Grubbs said of his new business license. “But had I not asked, I would have never known about the ‘back taxes.’”

He’s still waiting on his business license, though.

Victoria DeRoche, owner of Nota Bene in Shockoe Bottom, also found out she owed meals taxes to the city when she tried to get a copy of her annual business license. DeRoche stopped paying her restaurant’s meals tax after Mayor Levar Stoney announced a meals tax amnesty program for Richmond restaurants March 16. It was the same day Stoney recommended restaurants limit in-house dining to 50 or fewer guests and social distance tables because of the coronavirus.

“I understand that this action will take a toll on small businesses. That’s why we’re providing tax relief and exploring loan program options to support this valued community,” Stoney said in a statement at the time.

The program would allow restaurants to make their meals tax payment late for four months — March through June — without any late fees or penalties, so they could use their existing capital to pay staff and bills.

DeRoche assumed the amnesty was automatic and would apply to all restaurants in Richmond that were current on their meals tax payments, which DeRoche said she was before she shut down in mid-March and through most of April because of the pandemic.

Stoney’s proposed ordinance wasn’t introduced to the City Council for nearly a month after he announced it, and it didn’t pass until April 27. Also, the final ordinance wasn’t clear-cut amnesty. It stipulated that restaurants had to apply to participate in the program, something DeRoche wasn’t aware of.

It also required that restaurants be current on their meals tax payments through April 20 — a month after the amnesty program was announced, something else DeRoche didn’t know. Further, if restaurants were behind on payments — or considered behind — they had to go to City Hall to sort it out. But City Hall was closed for most operations until June 1.

“I tried to go online to submit my tally without payment but was unable to do so. I ended up going to the city in June to settle everything up only to be told that because I didn’t file I was ineligible for the program,” she said. “So not only am I paying the full amount of my back taxes, but they have factored in all the fees I owe them for getting on the payment plan. You cannot win, and I for one am tired of trying.”

According to city finance director Wack, only 243 of 1,018 Richmond businesses were eligible for the amnesty program, which included admission, lodging and meals tax payments. Of those, 67 were specific to meals taxes.

Some of the 67 restaurants that were able to participate wish they hadn’t because of another stipulation of the amnesty ordinance: Using it meant restaurants had to give up the 3% credit, formally called a seller’s commission, they get from the city to cover credit card fees they incur while collecting meals taxes.

Michelle Williams — co-owner of the Richmond Restaurant Group, which owns multiple restaurants, including The Daily Kitchen & Bar, The Hard Shell and East Coast Provisions — said she didn’t find out about the loss of the 3% credit until after her restaurants were enrolled in the amnesty program. Had she known about it, she wouldn’t have done it.

The city’s finance director agreed that the loss of the 3% credit made the amnesty program less attractive to restaurant owners, but said his office had to work within existing city code when working with the city attorney’s office to draft the measure.

“I don’t think it made sense for many restaurant owners to participate in tax amnesty, because by paying late they made themselves ineligible to receive the 3% sellers commission; they essentially had to pay the same amount in taxes without receiving that 3% credit, just spread out over additional months,” Wack said.

The mayor’s office did not respond to a request for comment and referred questions to the finance office.

Williams said the loss of that credit wasn’t made clear to restaurants. She’s further frustrated because she was part of a small group of local restaurant owners who worked with Stoney in March to develop an amnesty program for restaurants.

“We went into it blindly trusting him that it would work out,” she said. “That was our mistake.”

And Williams, too, has encountered late fees and other accounting errors applied by the city on her restaurants.

“In the last 5 years, at least 50% of the time, our business license is held up [because of an issue],” Williams said. Williams said her accountant regularly touches base with the finance office to check for possible errors.

And that’s something Hemp, with Brenner Pass, knows all too well. Had he been aware of the error two years ago, he would’ve simply paid the $1,200 and chalked it up to an expensive lesson. Now, he’s hoping to turn his very expensive lesson into policy change in the city.

“The key thing is I have no problem recognizing my original mistake and paying any penalty on that, the problem is that finance can create over $20,000 in penalties on their own initiative without notifying you or giving you a chance to stop the process,” Hemp said.

Hemp said he and Gray are meeting with the finance department next week.

Brenner Pass is located in the Scott’s Addition area of Richmond.

Metzger Bar & Butchery has been named one of Southern Living's “Best New Restaurants: 12 to watch.”