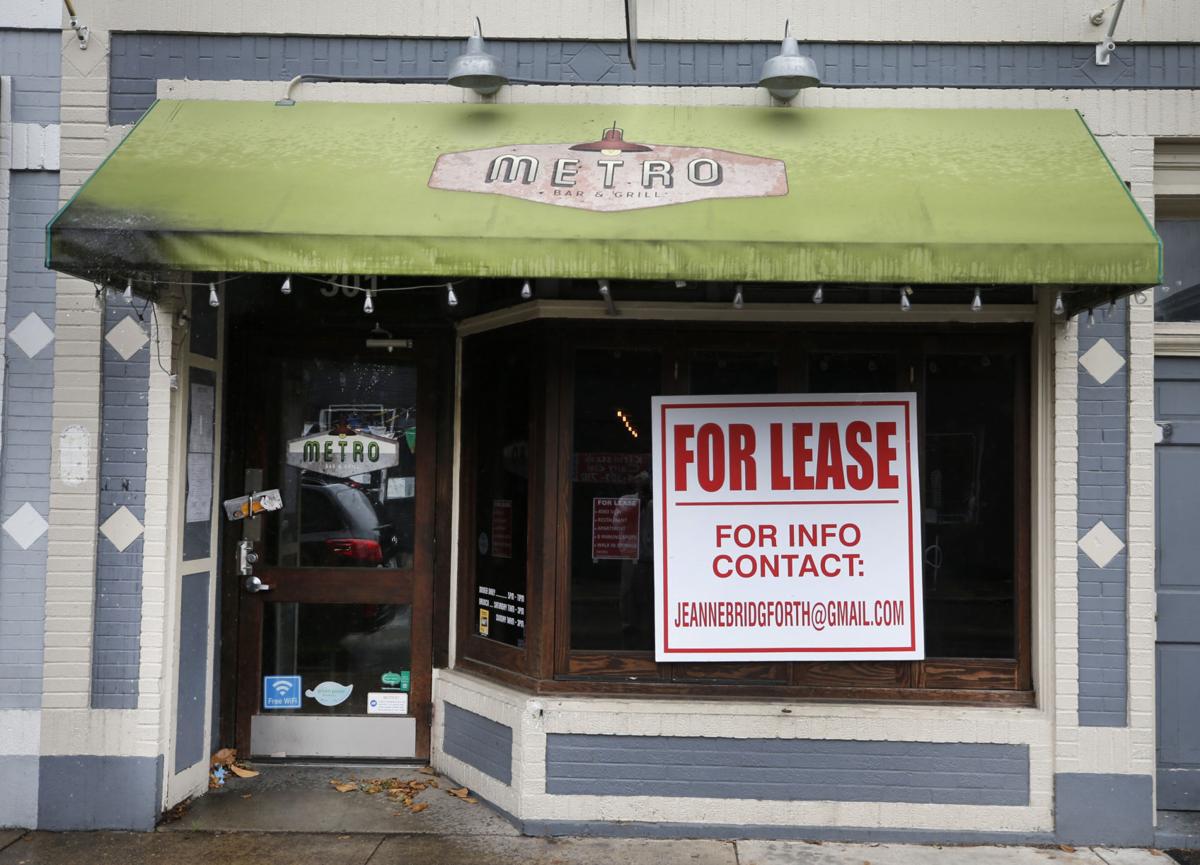 Metro Grill in Richmond’s Fan District is closed. In a recent National Restaurant Association survey, 58% of restaurant owners in Virginia reported that they will be gone in six months without financial help. 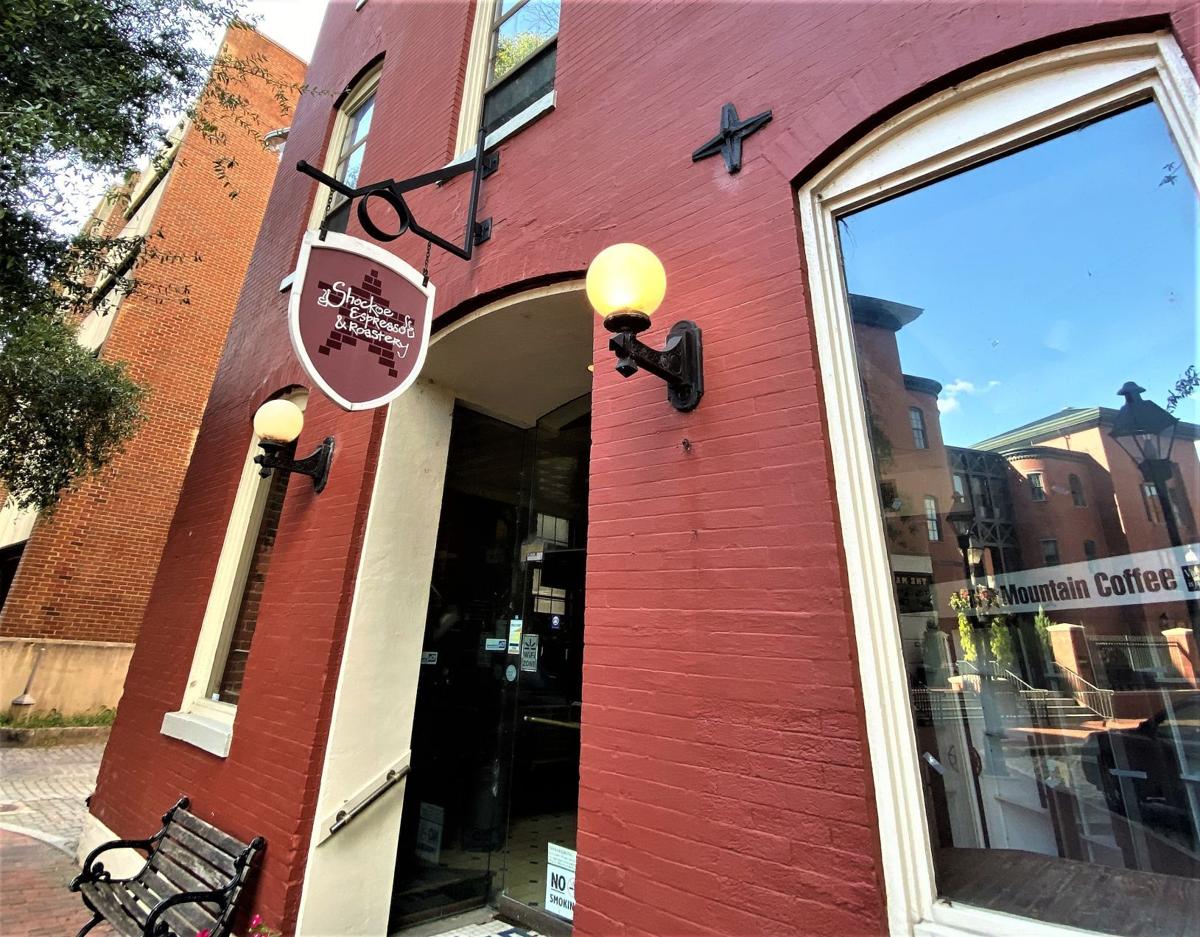 Richmond’s Shockoe Espresso and Roastery didn’t survive the impact of COVID-19 on the restaurant sector of the small-business community. 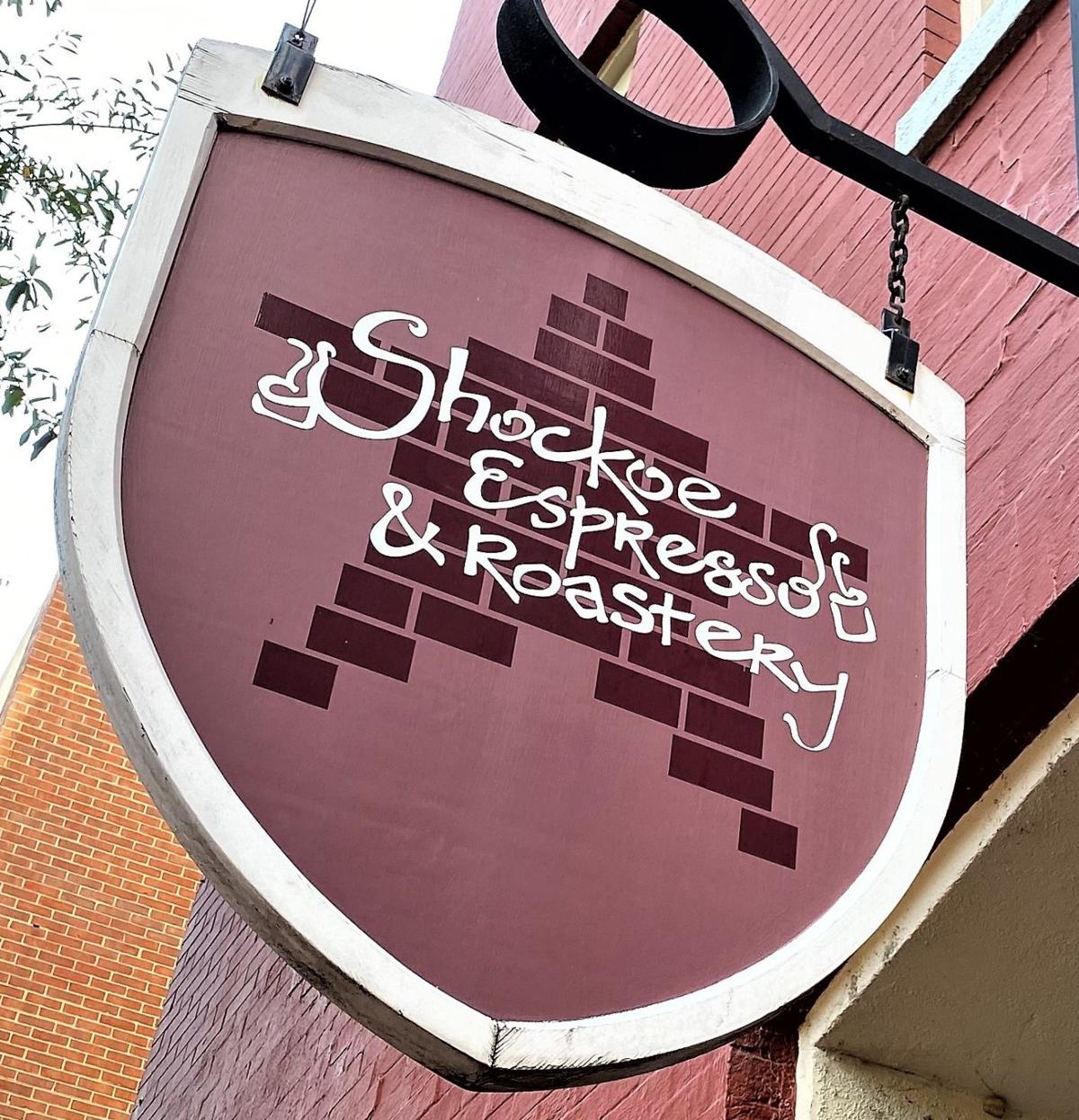 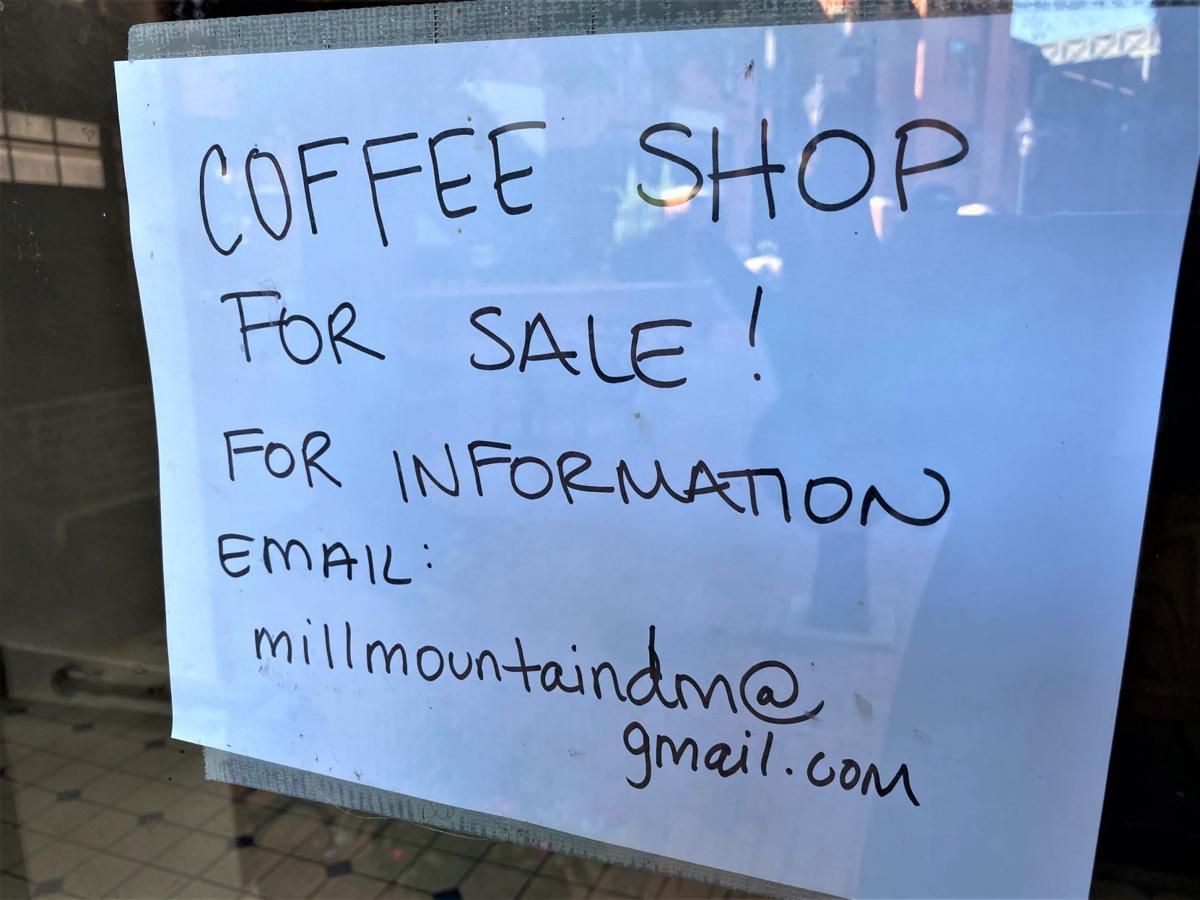 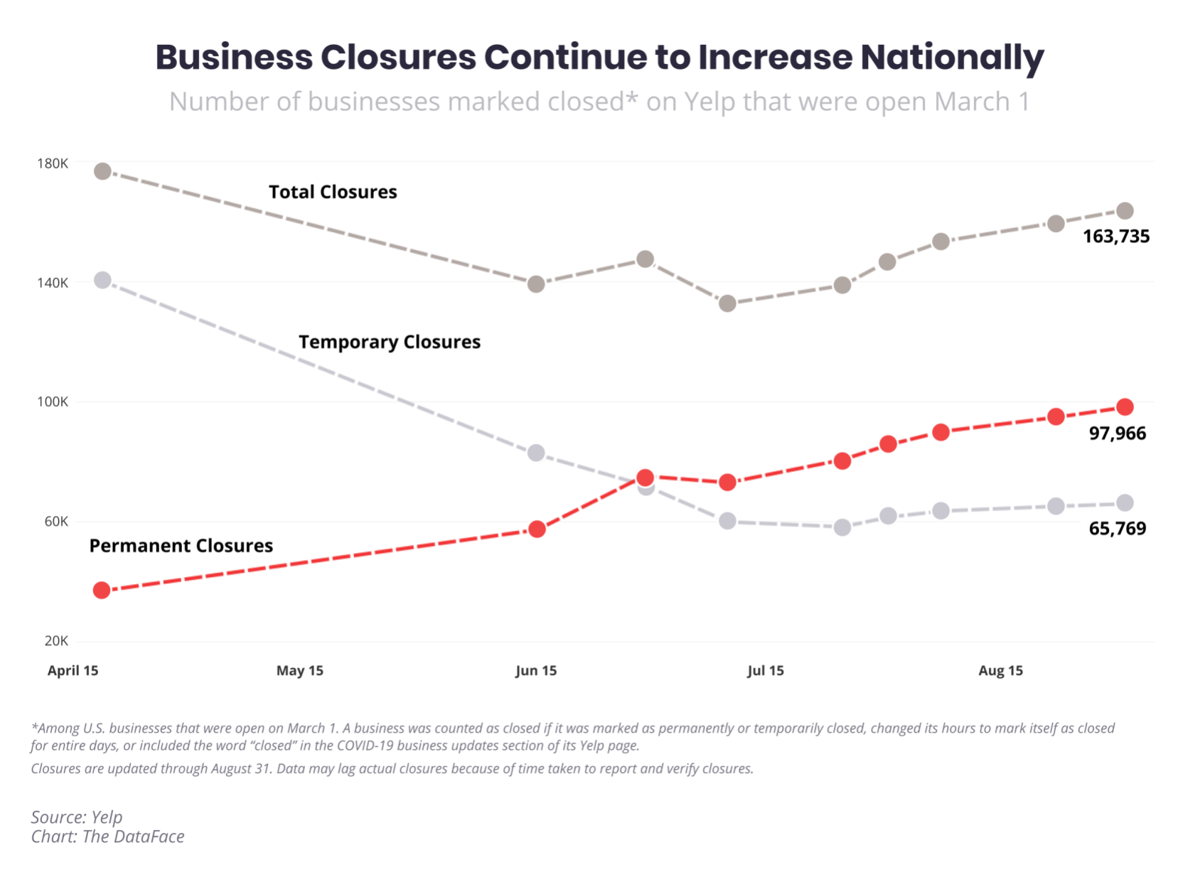 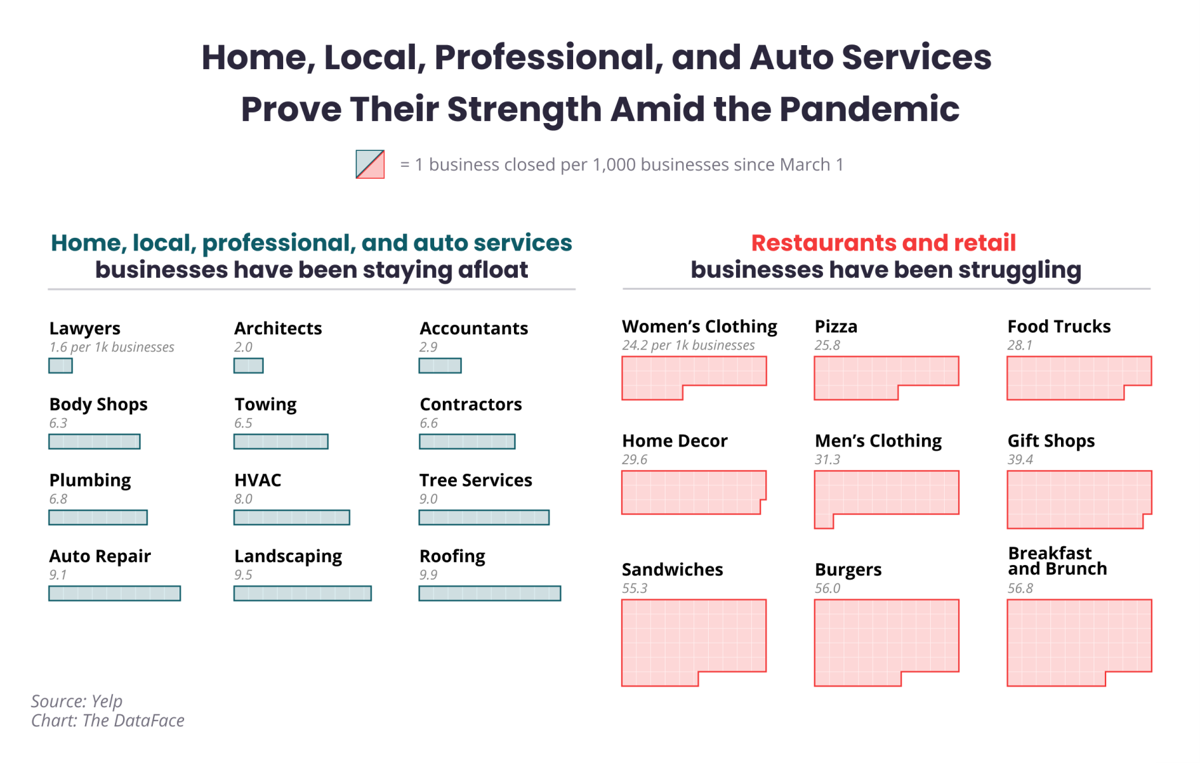 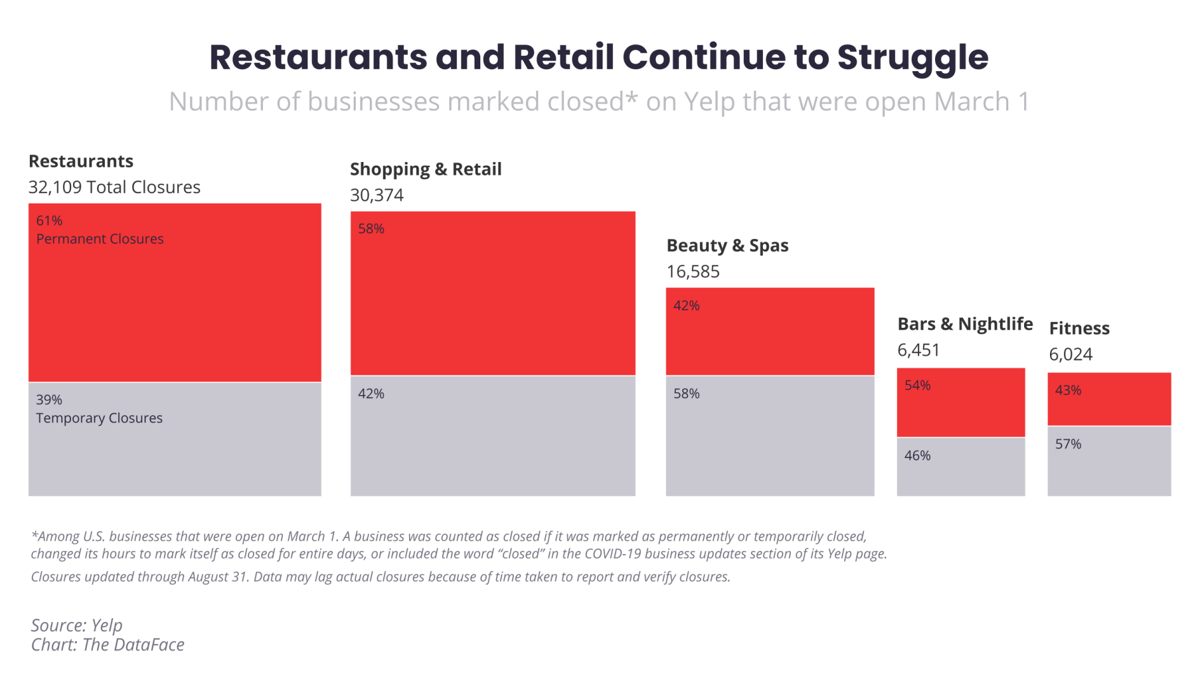 This story was originally published Sept. 19. The list of closed restaurants has been continually updated. To add one, email kpeifer@richmond.com.

In the earliest days of the coronavirus pandemic in the U.S., it was clear that restaurants would be dramatically affected by the social distancing and lifestyle changes necessary to slow the spread of the virus as dining rooms were ordered shut in many states, including Virginia.

In mid-March, Tom Colicchio — the “Top Chef” head judge, restaurateur and activist — was making the national media rounds to warn that 75% or more of independent restaurants would not survive without immediate and swift financial assistance.

Six months now into the pandemic, with dining rooms open but seating still limited, two new reports highlight the devastating impact COVID-19 has had on the restaurant sector of the small-business community.

The National Restaurant Association reported that nearly 100,000 restaurants have shuttered nationwide for good in the past six months — and thousands more could close in the next six months.

“Restaurants remain hardest hit,” the online review site wrote. “Breakfast and brunch restaurants, burger joints, sandwich shops, dessert places and Mexican restaurants are among the types of restaurants with the highest rate of business closures. Foods that work well for delivery and takeout have been able to keep their closure rates lower than others, including pizza places, delis, food trucks, bakeries and coffee shops.”

Retail came in second in terms of affected business sectors, but restaurants continue to receive the brunt of the closing pain — and the attention — since restaurants, unlike retail businesses, were ordered closed and because the restaurant industry is the second-largest private sector employer in the country.

“The food service industry was the nation’s second-largest private sector employer and pumped more than $2 trillion into the economy right up until our sudden shutdown,” National Restaurant Association spokesman Sean Kennedy wrote in a statement.

Nationally, both the National Restaurant Association and the Independent Restaurant Coalition have been lobbying Congress for relief.

“Making an investment in an industry that consumers love and that powers the economy is a good business and economic move for Congress as they search for the biggest bang for their recovery buck,” Kennedy said.

In a recent survey, the National Restaurant Association found that 40% of restaurant owners said they don’t expect to be in business six months from now without financial help.

The situation is bleaker in Virginia, with 58% of restaurant owners reporting that they will be gone in six months without help. The Yelp report ranked Virginia 12th in terms of permanent closures nationwide, and 13th when factored by population.

Locally, there has been some help but little impact, depending on the locality.

The city of Richmond shared last week that its meals tax amnesty program benefits 67 restaurants; a similar program in Henrico County, which was structured differently and, unlike Richmond, did not include an application process, brought aid to “at least 125 businesses,” according to Henrico’s finance office.

Henrico’s meal program for first responders benefited more than 100 local restaurants, with a total of $346,400 spent by the county on restaurants. Richmond’s program included 53 restaurants, with the city spending $236,310 at those places.

The city’s Small Business Disaster Loan Program benefited 48 Richmond businesses, with 11 of the loans going to restaurants, breweries, distilleries and/or cideries, according to Leonard Sledge, Richmond’s director of economic development.

“Of the 11 loans made to restaurants/breweries/distilleries/cideries totaling $220,000, nine borrowers submitted the appropriate forms to convert their loans to grants totaling $180,000,” Sledge said.

And Sledge said the city’s current Richmond Recovers Grant Program, funded with $3 million in federal CARES Act money, has earmarked $1 million exclusively for restaurants. Applications are open through Sept. 30 and can be made at RVAStrong.org/richmondrecovers.

But as aid slowly trickles in for restaurants, the closings mount.

These are the Richmond-area restaurants that have closed for good since the start of the pandemic:

Metro Grill, the restaurant and bar on Robinson Street in the Fan District

Caturra on Grove, near Libbie and Grove avenues

Shockoe Espresso and Roastery, a coffee shop in Shockoe Slip

The Naked Onion, a takeout restaurant on Cary Street

Morton’s Steakhouse in Shockoe Slip closed in May.

Richmond on Broad Cafe in downtown Richmond closed at the start of the pandemic and later said it would not reopen.

Sandston Smokehouse in Henrico announced in September that it would close.

Stump’s Pig & Pint in Jackson Ward closed this summer but has a food truck and is seeking a new location.

Bocata Latin Grill in South Richmond said in September that it would close for good.

BJ’s Restaurant and Brewhouse in Short Pump — and the restaurant has been removed from the company’s website.

Ponies & Pints, a restaurant and horse racing parlor in the former Tiki Bob’s space in Shockoe Bottom, closed in July.

Citizen restaurant at 1203 E. Main St. in downtown Richmond closed March 18 after a deal to sell the restaurant fell apart.

Metro Diner’s Libbie Place location closed sometime in early March. The company did not respond to a request for a specific date.

Some restaurants have closed their doors as a cost-saving measure and hope to reopen when the pandemic is over:

Starbucks at The Village shopping center is closed

The Starbucks location at The Village shopping center is closed.

"It'll be a New American menu with southern influences and global ingredients. The food will still be connected to something traditional, but we'll put a modern spin on it," Lindsey said. "[It's] food you don't need to google."

'We just can't do it. It's been seven months': F.W. Sullivan's restaurant in the Fan closes for good after 11 years

In the week that F.W. Sullivan’s would have celebrated 11 years, the Fan District bar and restaurant officially announced it was closing for g…

The Angry Mussels restaurant in Shockoe Slip is closed

The Angry Mussels restaurant in Shockoe Slip closed over the weekend after just under a year in business.

Two more Richmond restaurants are closing for good amid the coronavirus pandemic that has devastated the full service restaurant industry.

Metro Grill in Richmond’s Fan District is closed. In a recent National Restaurant Association survey, 58% of restaurant owners in Virginia reported that they will be gone in six months without financial help.

Richmond’s Shockoe Espresso and Roastery didn’t survive the impact of COVID-19 on the restaurant sector of the small-business community.