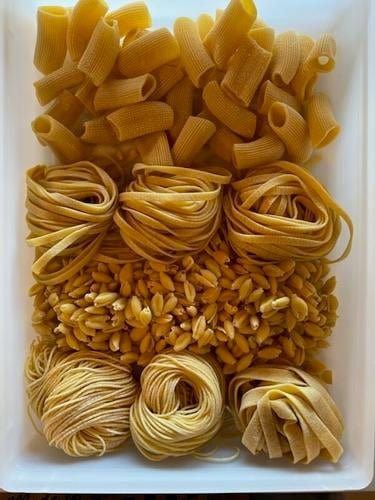 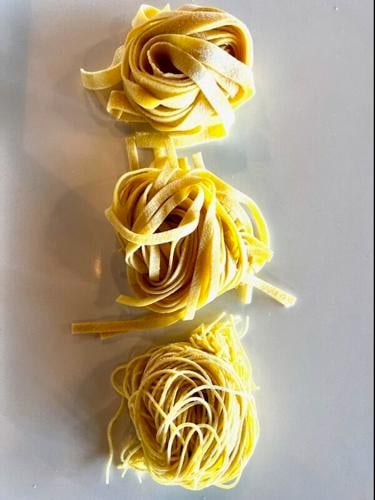 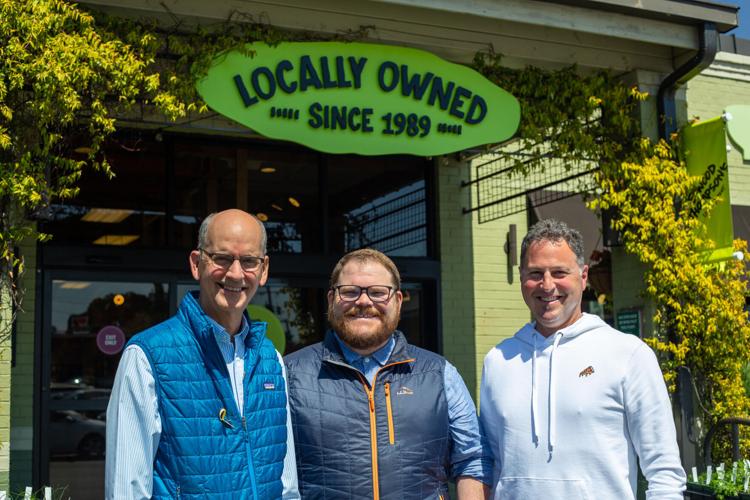 Where in the world is Caleb Shriver? That is the million-dollar question many Richmond foodies have been asking since the Dutch & Company chef mysteriously vanished from the dining scene in December 2020.

After he and his wife, Michelle, turned off the lights at their fabled Church Hill restaurant at the height of the pandemic, a restaurant revered for its craftsmanlike approach to fine dining, Shriver spent a reclusive three months in Iceland, apprenticing at Reykjavík’s Michelin-starred Dill.

But after wandering abroad, Shriver is finally back in town — and ready to throw the greatest pasta party ever with longtime pal Billy Fallen. The two had previously worked together at eateries owned by Fallen and his family.

A local dining legend himself, Fallen built an empire out of all-things bread and pizza, with his “Billy Bread” and “Billy Pie” brands.

“My wife said you need, like, ‘carb king’ on your license plate or something,” Fallen says laughing. “I don’t even eat that many carbs, so it’s kind of funny.”

His new venture with Shriver, “Billy Pasta,” an offshoot of Fallen’s other labels, aims to conquer yet another carb.

With support from Rick Hood, owner of Ellwood Thompson’s grocery store, the pair are collaborating on a line of fresh, artisan pastas. Their five pasta varieties will be sold by Ellwood Thompson’s and other retail stores that already carry Fallen’s products, stretching from northwestern to southeastern Virginia.

Billy Pasta’s sophisticated production process, overseen by seasoned pastaiolo Tony Aprea in Williamsburg, will capture all the intricacies of texture and flavor that only bronze-die extrusion, richly colored egg yolks and high-grade flours can achieve.

In addition to retail, Shriver and Fallen plan to deploy their new product line as a blank canvas for dishes they’ll feature at a made-to-order pasta counter, debuting in the spring at Ellwood Thompson’s as well. Paired with sauces inspired by ingredients directly sourced from the produce section, these dishes promise to form a true synergy with Ellwood Thompson’s local, farm-focused ethos.

“Especially opening this on the advent of spring and summer growing season, we’re really going to have some good creative outlets there,” says Fallen, rattling off the glorious bounties of garlic, kale, broccoli rabe and other seasonal produce he’d love to incorporate into the rotating menu.

Among the pasta bar offerings will be a meaty Bolognese armed with a secret ingredient: chicken livers. (Herbivores need not despair, a liverless veggie version will also be available.) Shriver also hopes to give customers the option of accessorizing dishes with crunchy toppings like saffron breadcrumbs or Fallen’s favorite, spicy chili crisp.

The pasta bar will have grab-and-go items on hand, too, such as prepared pasta salads and reheatable lasagnas. And if all goes well, they hope to augment Billy Pasta’s retail line with ready-made frozen pasta products that can also be enjoyed at home.

“I always knew that I would go back into cooking. But I wanted it to be right,” says Shriver. Everything about this opportunity “just kind of made sense to me.”

Shriver is especially excited to have a chance to undertake something so radically different from what he’d been doing at Dutch.

Apart from the occasional pasta dish, “I never really delved deeply into Italian cuisine,” he says. “So, I’m definitely going down the rabbit hole now … It’s a new kind of rabbit hole to go down and see what I can get from it and what I can give to it.”

Arts in the Park

John Waters at The Byrd

Just in time for patio weather, tropical drinks and eats have arrived in Rocketts Landing.

When heiress and influencer Nicky Hilton Rothschild tasted a Nightingale Ice Cream Sandwich in the Hamptons, N.Y., and Instagram messaged the …

Restaurant review: Black Lodge is the coolest underground party I’ve never been to

Should you find yourself in the doorway of a dark and empty coffee shop in Scott’s Addition, you’re in the right place. Step inside; the super…

Eduardo Silva-Martinez grew up with an appreciation for eating local.

Mrs. Yoder’s doughnuts make a comeback in May

We may be in that time of year where the season seems to change daily, but these drinks definitely say patio vibes and summer. You might hear …

'Jersey Shore' cast are 'not in support' of MTV's upcoming reboot

'Jersey Shore' cast are 'not in support' of MTV's upcoming reboot