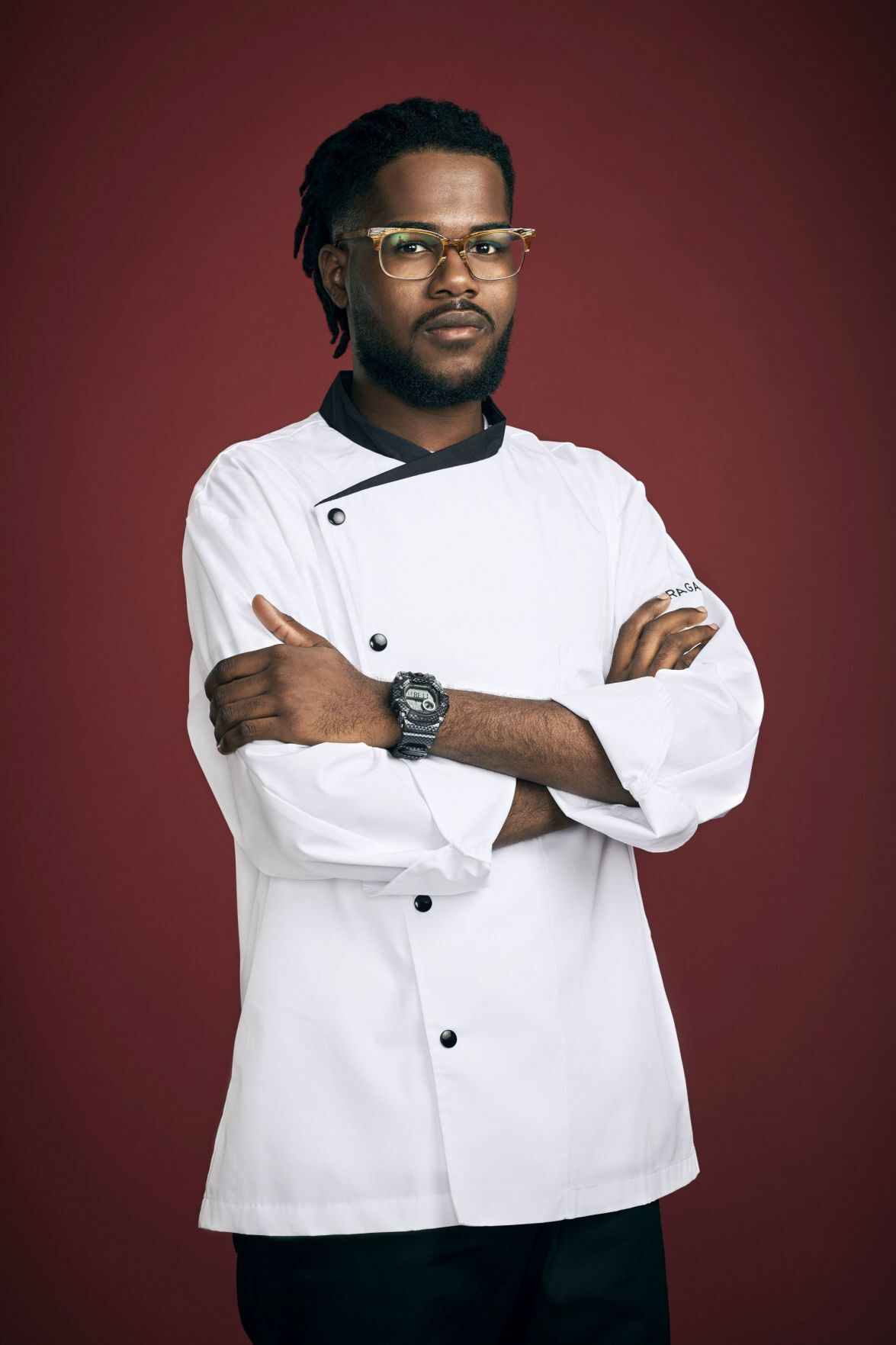 During filming in 2019 in Las Vegas, Glenn and 17 other twentysomethings had their skills tested in hopes of becoming a chef at a Ramsay restaurant. 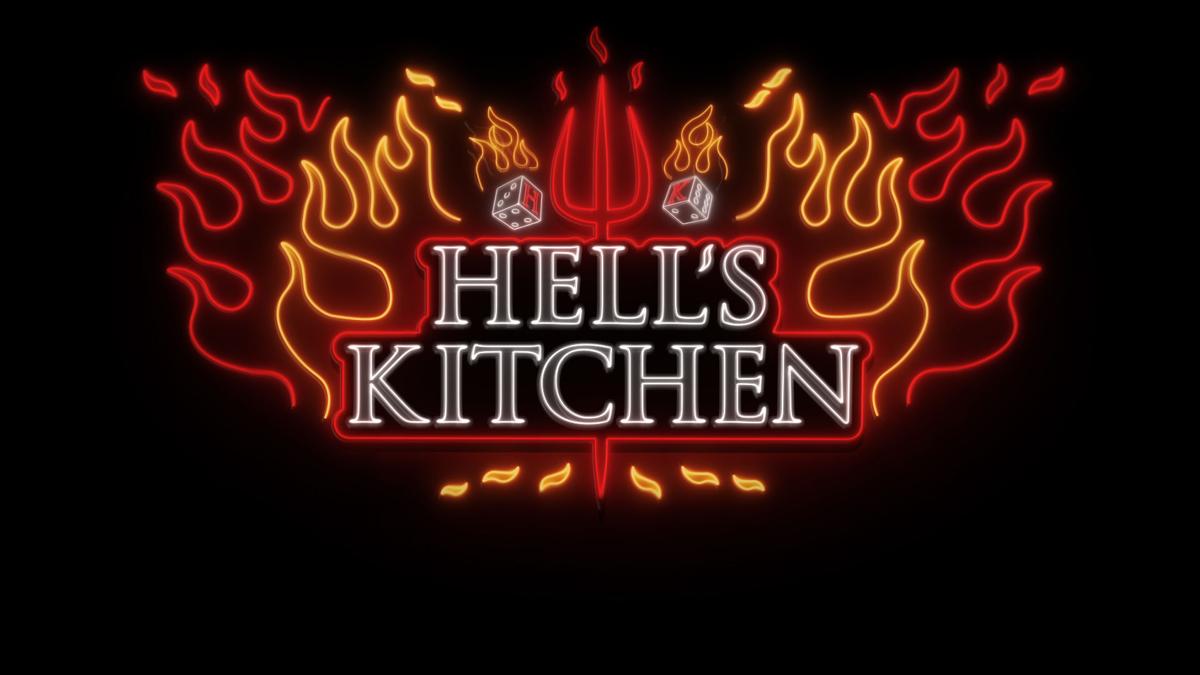 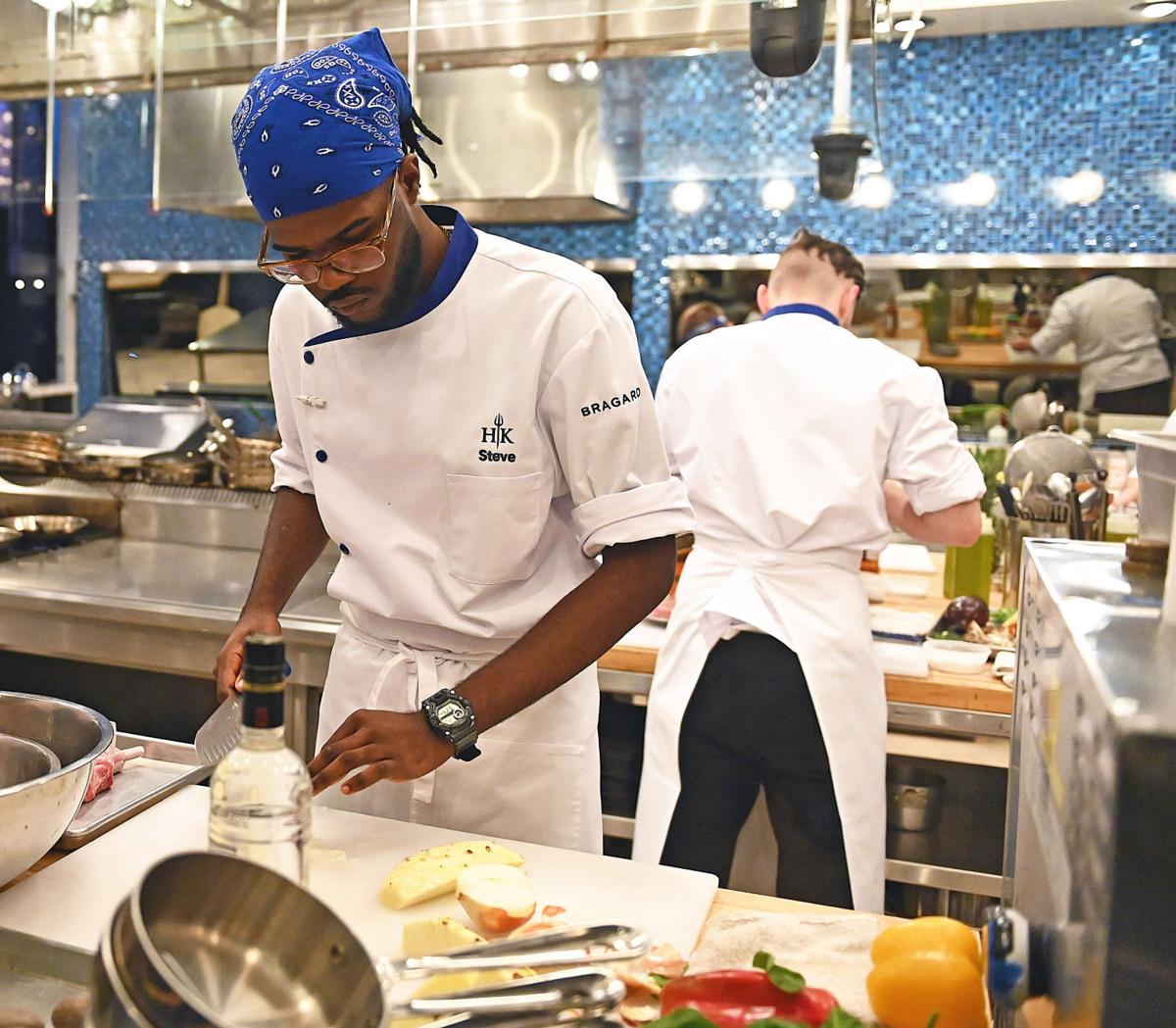 Steve Glenn Jr., who owns a private chef business, tries to keep his cool while competing and facing the fiery Gordon Ramsay in the new season of “Hell’s Kitchen.” 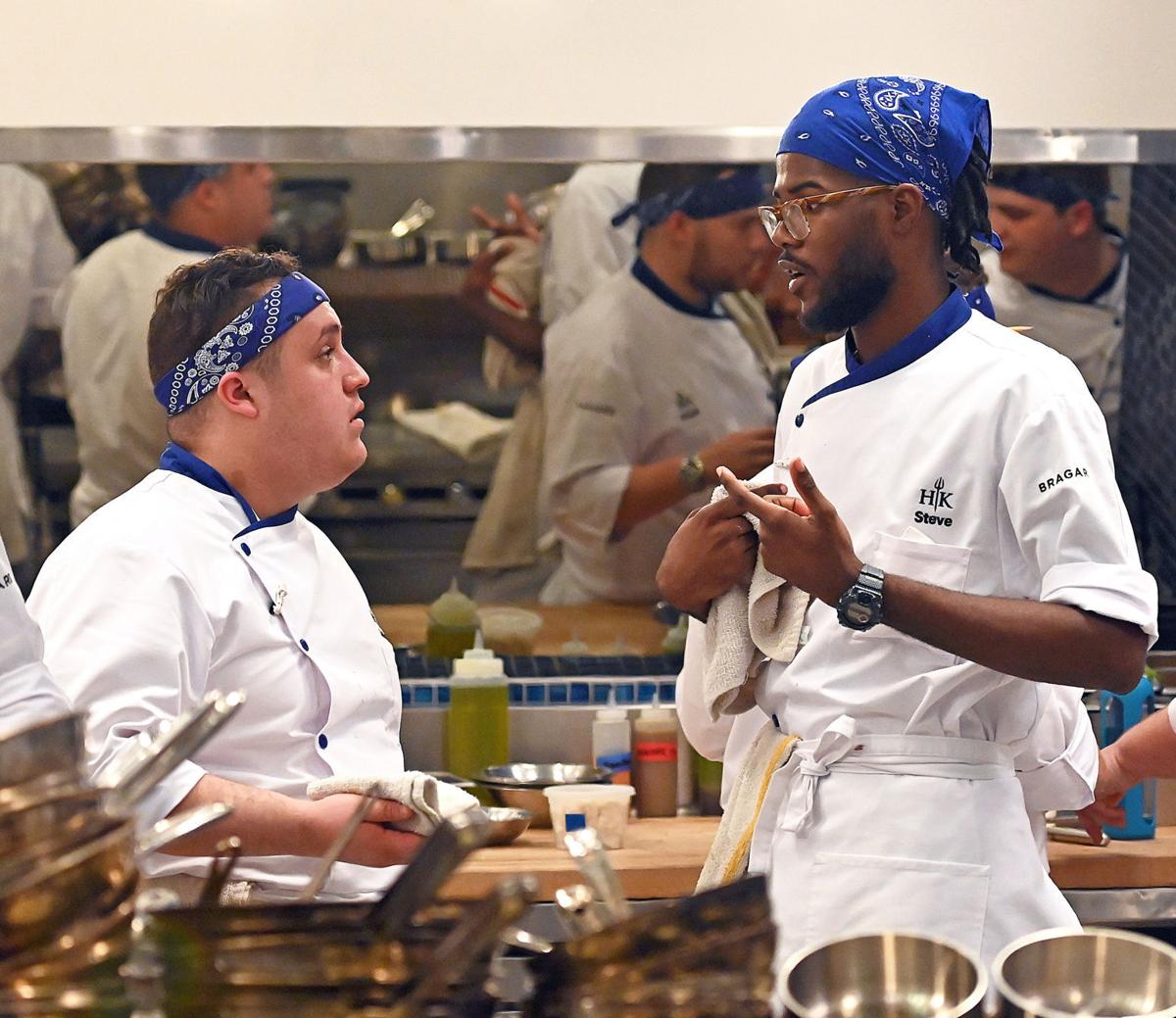 Steve Glenn Jr. (right), whose grandmother introduced him to cooking at age 10, set out not to embarrass his family while on “Hell’s Kitchen,” which he found stressful but cool.

“There’s nobody who can prepare you for working with Gordon Ramsay,” Glenn says. “Normally, I’m a pretty relaxed dude, and I don’t really get nervous about much. But there was one time I can recall shaking in my boots. Like, it was terrifying. I was like, ‘Oh, my God, what if he hates me right off the bat as soon as I shake his hand, then he kicks me out?’ These are the things going through my mind. But it turned out to be pretty cool.”

Glenn has had to stay cool, too. His season of the show taped in Las Vegas in spring 2019 when Glenn was 21. He’s now 23, and he’s been sitting on the secret of how it all went down for two years. The winner becomes Ramsay’s protégé and the next chef at Gordon Ramsay Steak at the Paris Hotel & Casino in Las Vegas.

Glenn says the “Young Guns” conceit came as a surprise to all the contestants. He and the other 17 competitors were all 24 or younger during the show’s production.

“You put a bunch of, like, 20-year-olds in a stressful situation, and then you make them live together, it’s gonna get weird,” Glenn says. “I still talk to a lot of those guys. We all went through something that was really stressful, and it was really, really big, and it was also really, really confidential, so we can’t talk about it to anybody, so we had to confide in each other.”

The 2015 Manchester High School grad says he was introduced to cooking at age 10 by his grandmother.

“She had me in the kitchen, like, peeling potatoes,” Glenn recalls. “That’s boring to me now, but as a kid, that was amazing, and I watched her like a hawk.”

After high school, Glenn went to Johnson & Wales University in Charlotte, N.C., for three months (“I finished the textbook, and I was like, I’m not spending all this money”) before returning home to flip pancakes at a Cracker Barrel.

Once he had that restaurant experience on his résumé, he moved on to work at Wegmans, helping train cooks as Wegmans opened its Richmond-area stores.

Glenn says Wegmans taught him about the corporate side of restaurants and how that differs from private restaurants.

“It helped me learn that I never want to be in a corporate restaurant ever again,” Glenn says. “Once I got to Richmond Country Club, I got freedom that I hadn’t ever seen before. I was used to working off standardized recipes developed by corporate chefs to go out to a bunch of different places. [At] Richmond Country Club, they’d be like, ‘Hey, you know how to make potato salad?’ And I’m like, ‘Yeah, give me the recipe.’ And they’re like, ‘No, it’s your recipe.’ It forced me to adapt quickly and think on my feet. It just expanded my abilities. It forced me to think harder.”

Growing up, Glenn had been a fan of “Hell’s Kitchen.” One day, while scrolling on Twitter, he saw that Gordon Ramsay had posted a link to apply to be on the show. Glenn clicked on it, leading to a 13-page application.

“Well, that’s not gonna happen,” Glenn thought, moving on with the rest of his day. Later, after a couple of drinks, Glenn says he loosened up and revisited the application.

“It was easier than I expected because it was a lot of questions about me,” Glenn says. “I filled it out, clicked submit, and, two hours later, somebody called to get me on the show.”

Glenn isn’t sure how he’ll come across on the show, but he tried to stay as true to himself as possible.

“I tried to think most of my actions through all the way before I made any decision, but it being ‘Hell’s Kitchen,’ it’s chaotic, so you can’t think through everything,” Glenn says. “My main goal was not embarrassing the family, and I don’t think I did that.”

Glenn left his sous chef job at Richmond Country Club at the end of 2020 to start his own private chef business, www.thechefsteve.com, cooking for private parties and events across the region.

“I bring my own personal style of cooking, and I get a feel for the host and whoever’s throwing the party and who’s ordering the food,” he says. “I work with them to curate a menu that is adventurous, that they like and that they know their guests will like.”

At one point, opening his own restaurant was Glenn’s dream, but he says the pandemic made him rethink that for the time being (“the margins are just too low”). For now, he’s focused on his private chef business, which might get a boost from his “Hell’s Kitchen” appearance.

Glenn acquits himself pretty well in early episodes, even in the face of Ramsay’s tirades.

“He’s got this stature, this presence that strikes fear into you, especially with the super-thick British accent. He’s screaming at you at, like, 1,000 miles an hour, so you can’t really understand what’s going on,” Glenn says. “But once you’re able to focus, you listen to what he’s screaming at you; he actually screams some pretty good tips. I learned a whole lot from Gordon Ramsay, even with the yelling and tears.”

Rob Owen is a former Richmond Times-Dispatch staff writer. He can be reached at RobOwenTV@gmail.com or on Facebook and Twitter as @RobOwenTV.

James Wan has revealed the full title for ‘Aquaman 2’

James Wan has revealed the full title for ‘Aquaman 2’

Ariana Grande has filed a trademark for a beauty line

Ariana Grande has filed a trademark for a beauty line

During filming in 2019 in Las Vegas, Glenn and 17 other twentysomethings had their skills tested in hopes of becoming a chef at a Ramsay restaurant.

Steve Glenn Jr., who owns a private chef business, tries to keep his cool while competing and facing the fiery Gordon Ramsay in the new season of “Hell’s Kitchen.”

Steve Glenn Jr. (right), whose grandmother introduced him to cooking at age 10, set out not to embarrass his family while on “Hell’s Kitchen,” which he found stressful but cool.