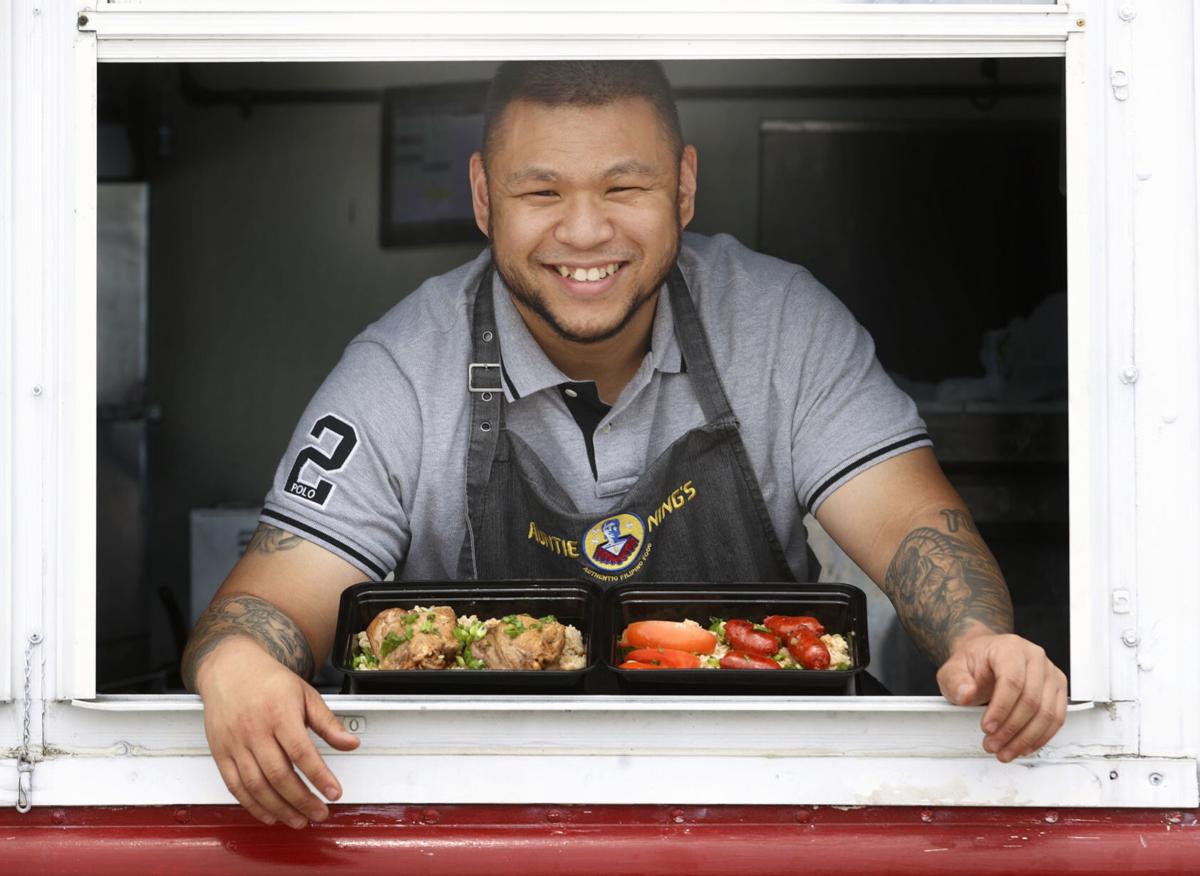 Frederico Enriquez has gone in less than two years from never having cooked to being chef-owner of Auntie Ning’s. Enriquez, who grew up in Hampton Roads, missed the Filipino food of his youth when he moved to RVA. So he’s filling that void by cooking up chicken adobo (left), longanisa breakfast bowls and other dishes. 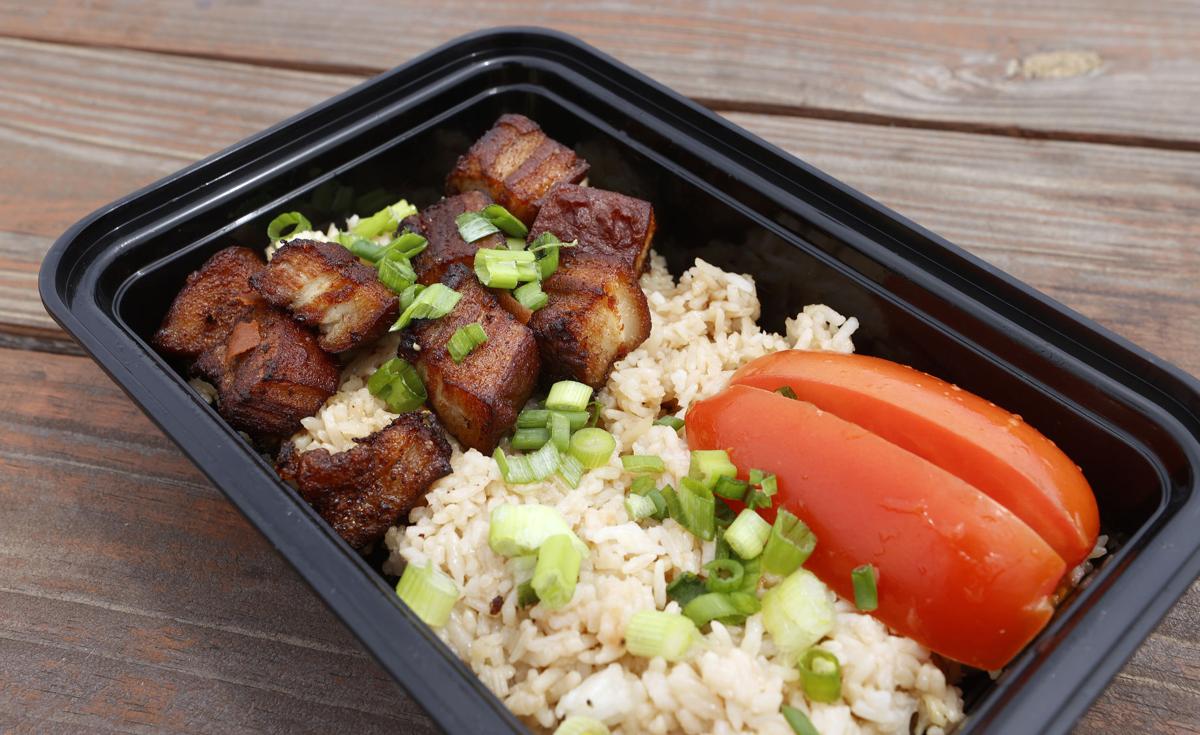 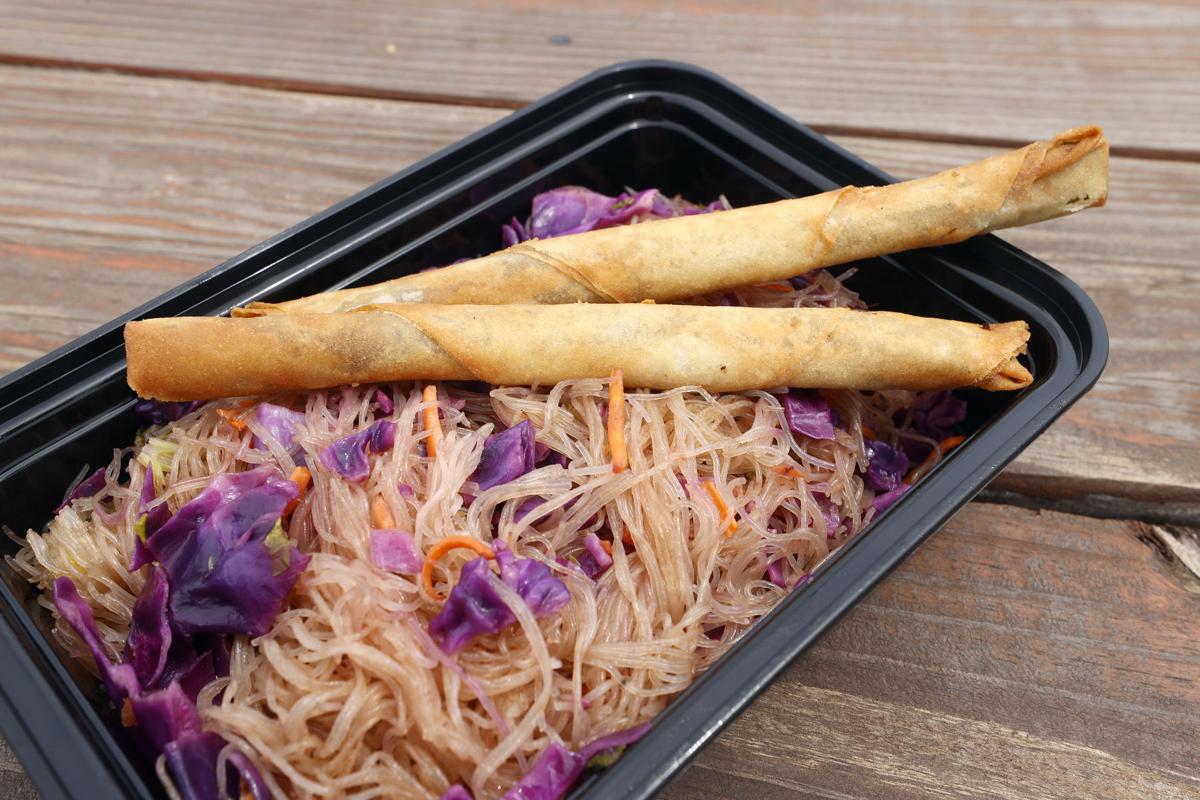 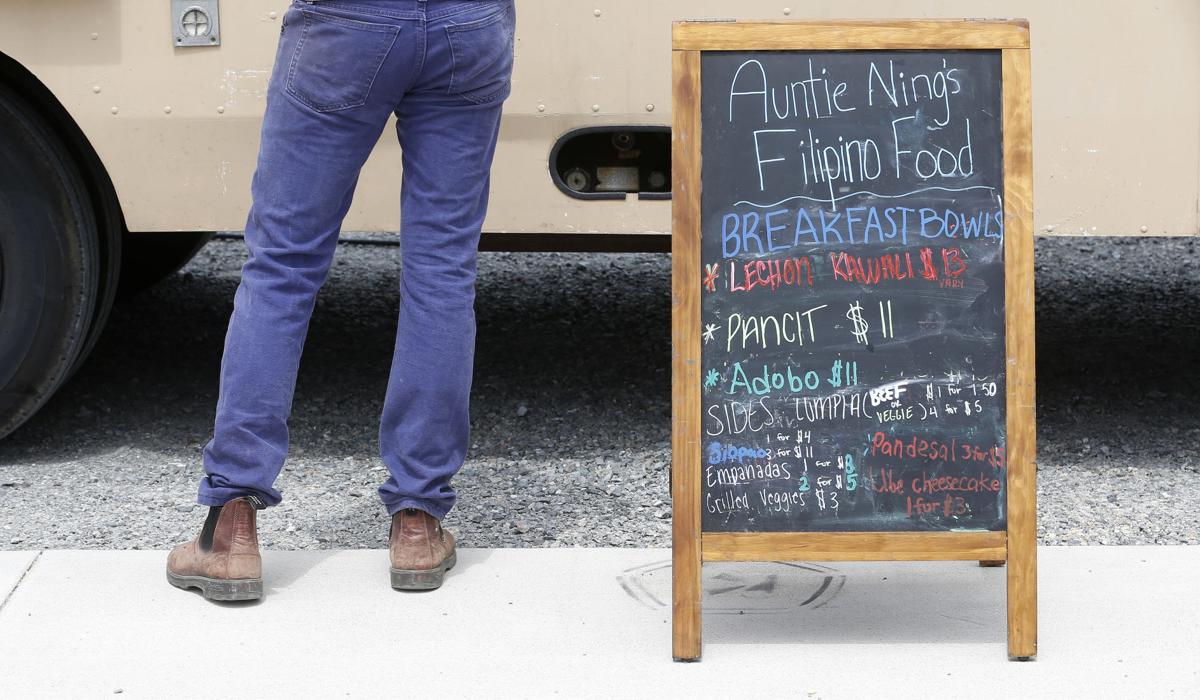 As word spread about Auntie Ning’s Filipino food, Frederico Enriquez and his partners added a food truck, which was at a recent Carytown Farmers Market at City Stadium.

Editor’s note: Because of COVID-19, in lieu of starred reviews, Times-Dispatch restaurant critic Justin Lo in his new column, “First Bite,” will be previewing some of the newer restaurants that have opened in and around Richmond.

“Are you ready for this?” Auntie Ning’s owner Frederico Enriquez asks. Enriquez lets me in on a little secret: Before Ning’s, he had “zero percent” cooking experience. “You mean in a professional kitchen?” I ask. “No,” Enriquez says, laughing. “I’ve never cooked. Period.”

And yet, if Enriquez’s take on Filipino cuisine feels like the work of someone who knows the genre as intimately as a jazz musician knows rhythm, it’s because he does.

As a young Pinoy in Hampton Roads, Enriquez spent a lot of time eating Filipino food. He’d just never had to cook it. His family owned Lita’s, one of the area’s first Filipino restaurants, in a shopping plaza off Holland Road in Virginia Beach .

Enriquez’s mom, Ning, managed the restaurant, while his aunts and uncles did all the cooking. Adobo, bowls of sinigang, kare kare stew and other Filipino delicacies were never in short supply.

“I just remember growing up there and eating my family’s cooking and just playing in the back and meeting all the customers,” Enriquez recalls.

Enriquez moved to Richmond in 2018. The sudden absence of Filipino food in his life became apparent. There really weren’t any Filipino food options in the city of Richmond. So Enriquez — along with his best friend of 21 years, Zach Brenner, and Brenner’s roommate, Justin Shaw — set out to fill that void.

“We were confident that Richmond needed Filipino food,” says Brenner, who grew up with Enriquez in Hampton Roads. “It just didn’t make sense that it wasn’t here.”

The trio opened Auntie Ning’s — named for Enriquez’s mom — in the summer of 2019. They started by hawking plates of pancit noodles and fried lumpia from a tiny little tent at the South of the James Farmers Market. At first, they handed out more in free lumpia samples than they actually sold. But as word spread, their business took off.

By summer’s end, Enriquez and his partners had expanded their menu, branched out to other venues across town and invested in a mini food trailer. During the pandemic, they added online ordering. And just this year, they acquired a full-fledged food truck and began offering delivery. (In a few months, Ning’s will be teaming up with Polpetti Catering and Column15 and moving into its new home: a food hall-market in the Fan.)

It’s crazy to think that Enriquez has achieved all this in less than two years, without any training or experience in the kitchen.

Having never cooked before, the 35-year-old relies exclusively on personal intuition and memory of the food he grew up with, flavor profiles he’s known from a very early age. Enriquez’s cooking conveys an understanding of Filipino food that’s lived, not taught. There are no recipes, just an innate sense of how the food should taste.

Pancit and lumpia are staples in Filipino cuisine — meaning there’s always some version that others are going to claim their relative or family friend does better. Despite this, Enriquez has established himself based on his renditions of these iconic dishes. And I can see why.

His lumpia ($1.50) are svelter than a Chinese spring roll, but they pack a surprising wallop of flavor. Each crispy, thin piccolo of minced beef percolates with black pepper and fresh aromatics. The addition of some secret savory element — which Enriquez vows never to reveal — gives the filling a concentrated richness, one that almost renders the side of sweet-chili sauce superfluous.

Enriquez’s pancit ($11) is equally flavorsome, engorged with brawny beef stock, tempered only by sharp pulses of lemon juice. These contrasting flavors seep into the squiggly pancit noodles as they fry up in the pan. The result: stir-fried noodles that taste as if they’ve inhaled a plateful of steak tacos dressed in citrusy pico de gallo.

Through his other dishes, like the lechon kawali ($13), Enriquez showcases Filipino cuisine’s intimate love affair with soy and vinegar. Swatches of pork belly steep in a brew of soy and fruity vinegar before they’re swiftly blistered in hot oil. The frying process renders the pork into luscious layer cake slices of caramelized skin, lean meat and creamy fat.

For his chicken adobo ($11), Enriquez braises meaty thighs in a tawny, salty-sweet gravy of soy and garlic, piqued with trace amounts of vinegar. The dish is strikingly similar to shoyu chicken, a popular local dish I grew up eating in Hawaii, except the adobo has more of a twang to it. Undoubtedly, it’s the kind of soppy fare that white rice was made for.

The adobo marinade is also used in the pork filling for the siopao ($4), a Filipino version of charsiu pork baos. As they steam, the smooth, starch-white domes of yeasted dough become like wet saunas for the juicy, sweet pork inside of the buns. The siopao, stuck to post-it notes of parchment that must be peeled off before they’re eaten, are pillowy soft.

One of Enriquez’s hottest takes is a version of longsilog, reimagined as a modern breakfast bowl of garlic-laden sinangag rice, stubby red appendages of longanisa sausage, juicy wedges of tomato and a ruffly fried egg ($12). It’s as hefty a spread as a traditional English breakfast. The longanisa loosely resembles others in the sausage kingdom, nearly as spicy as Spanish chorizo and as sweet as Chinese lap cheong. The best way to enjoy this dish is by combining all the components — bits of charred sausage and tomato and yolk-glossed fragments of egg raked up with spoonfuls of sinangag — for a sort of reconstituted breakfast fried rice.

For Enriquez, Ning’s has been more than just about learning to cook Filipino food. It’s been a way home for him, an opportunity to restore that connection to the food traditions he grew up with.

Coincidentally, he’s helped others do the same. At a recent Ning’s event, I overheard a young woman exclaim that she’d braved the crowded parking lot at City Stadium and waited 40 minutes, all for a plate of lechon like her mom used to make.

This makes Enriquez’s own mom proud, he says, knowing “that her son can run a Filipino restaurant and keep the culture alive” — for him and for others here in Richmond.

Open: Friday through Sunday (for pickup only), 4 to 9 p;m.; for weekly food truck schedule, check the restaurant’s social media and website

Why is Jay-Z suing a photographer?

Why is Jay-Z suing a photographer?

Reese Witherspoon loves sharing a close relationship with her kids

Reese Witherspoon loves sharing a close relationship with her kids

Two years ago, Richmond's Underground Kitchen hosted $150-a-head dinners; now it has a community garden and is feeding people in need

Two years ago, if you had asked Underground Kitchen founder Micheal Sparks and his business partner, Kate Houck, where UGK would be now, they …

Frederico Enriquez has gone in less than two years from never having cooked to being chef-owner of Auntie Ning’s. Enriquez, who grew up in Hampton Roads, missed the Filipino food of his youth when he moved to RVA. So he’s filling that void by cooking up chicken adobo (left), longanisa breakfast bowls and other dishes.

As word spread about Auntie Ning’s Filipino food, Frederico Enriquez and his partners added a food truck, which was at a recent Carytown Farmers Market at City Stadium.