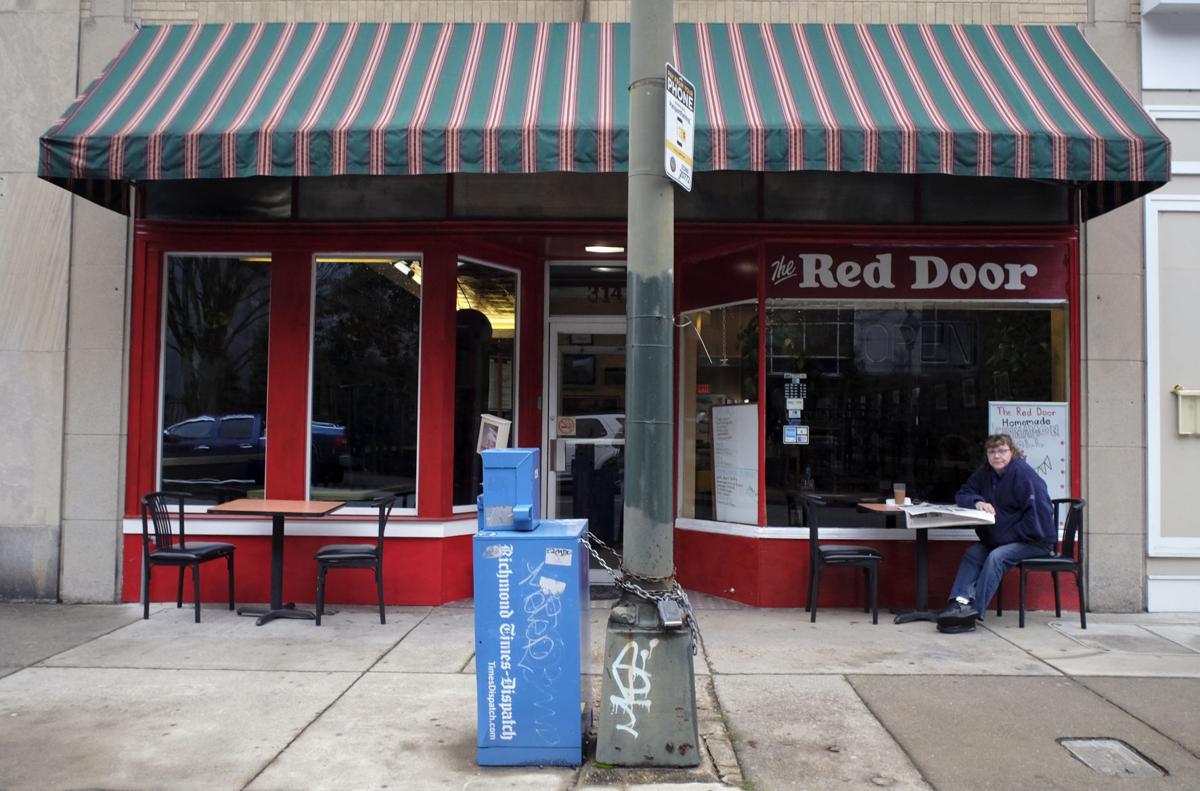 In March 2020, Shelia Folley sat outside The Red Door restaurant on East Grace Street that she and husband Joe Folley have operated since 1991. It has been closed since the pandemic started. 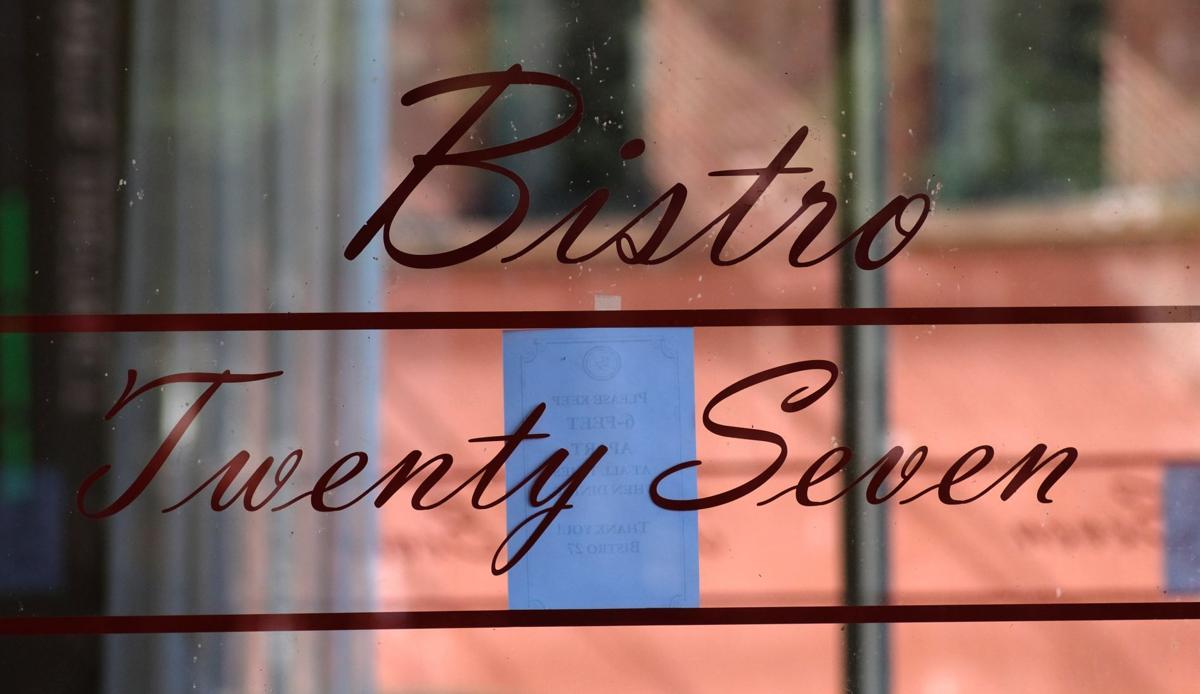 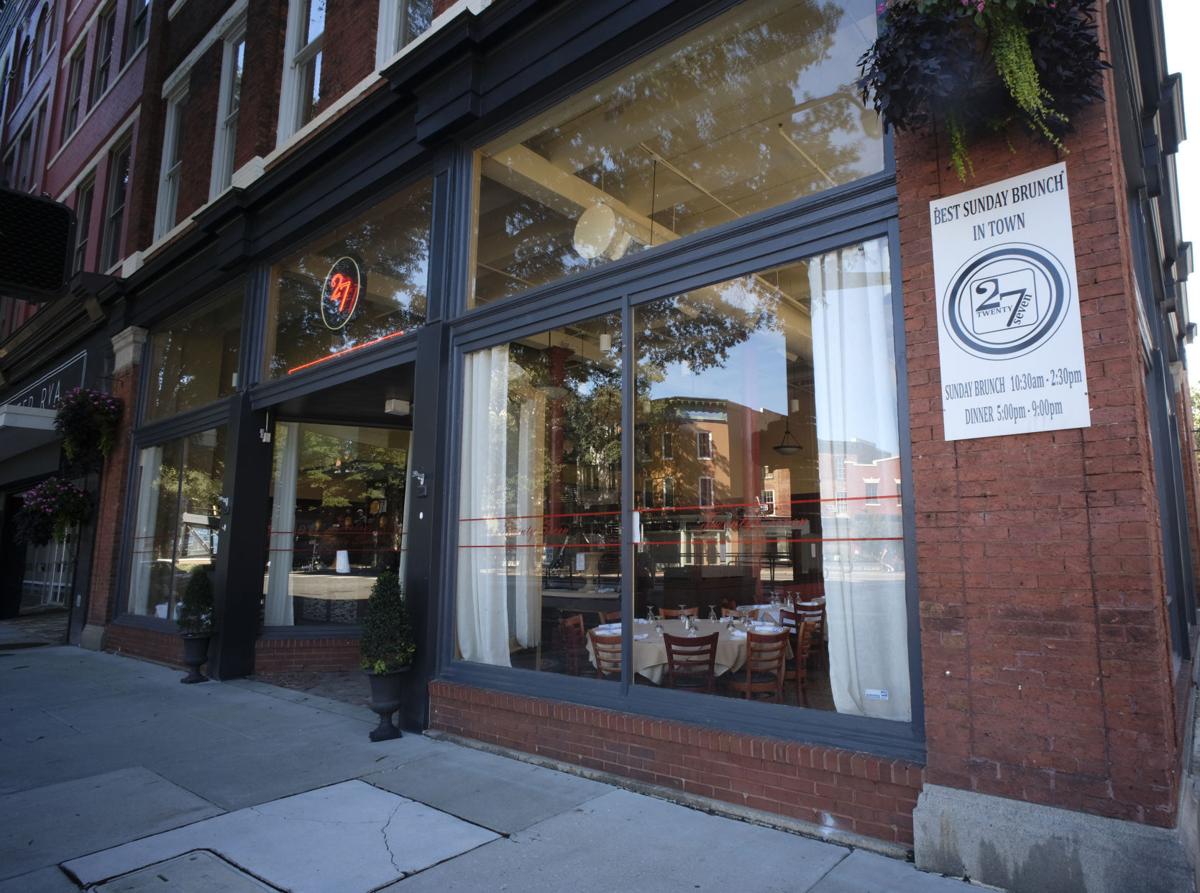 When William Wright closed his longtime downtown Richmond restaurant, Bistro 27, last fall, he knew he wouldn’t stay out of the restaurant business for long.

But he didn’t anticipate he’d find his next spot so soon — or so close to his former restaurant. But fate and old friends intervened.

The two brought him to his next venture: Henley on Grace — a wine bar and European-influenced restaurant at 314 E. Grace St. — in the former space of The Red Door restaurant.

Wright hopes to have the new restaurant open by the second weekend in October — which will mark nearly a year to the day from when he closed Bistro 27.

The restaurant at 27 W. Broad St. ran for 15 years — seven under Wright’s ownership — until “a perfect storm,” as he described it last year, of events, including COVID-19, demonstrations downtown, and years of increased restaurant competition in the area pushed him to close.

As Bistro 27 was closing, about five blocks away, The Red Door restaurant — a lunchtime staple on East Grace Street — had been closed since the beginning of the pandemic.

Owners Joe and Shelia Folley ran the restaurant since 1991, but it had been around since 1979. Wright knew the couple since their days in Washington — all three started out in the restaurant business there in the 1980s and came south to Richmond over the years.

“Joe and Shelia Folley ... have decided to hand the reins over to me,” Wright said. “Joe, Shelia and I all worked in D.C. 100 years ago and over the past several months, we worked out a deal for me to open the Arts District’s first and only true wine bar/bistro.”

The name of the new spot — Henley on Grace — is an homage to Wright’s D.C. years., named after the Henley Park Hotel, where Wright inked his first big catering contract in the 1980s.

“Through the years, I always said, if I ever did a restaurant from the ground up, it’s going to be named Henley — an homage to the place where I made my first sale,” Wright said.

And remaking the restaurant formfrom the ground up is exactly the plan Wright has for The Red Door — which in its last decade or so operated until 8 p.m. and served no alcohol. Wright is planning to offer mainly dinner service, but will also have weekend brunch and lunch service some days. The wine list will feature more than 100 bottles — all of which will be available by the glass (provided the patron orders two glasses from the most expensive bottles, to cover the cost).

Beer and cocktails will be available, too, though wine is the bigger emphasis at the new restaurant. Happy hour will be offered twice daily at the bar, from 5 p.m. to 7 p.m. and again from 10 p.m. to 11 p.m. The food menu will be European-influenced with entrees priced in the high-teens to mid-$20s range and created by a chef who’s name Wright isn’t yet sharing. He said the chef, trained by the Culinary Institute of America, needs time to give notice at his current job.

Wright is remaking the inside of the space, too, and plans to add a large lounge area that can hold about 90 people, plus a new bar and exterior awning.

As for the staffing challenges that have plagued much of the industry, Wright said he isn’t worried about finding workers, since he has a plan to address it: “I pay a living wage,” he said.

Henley on Grace will be open Tuesday through Sunday for dinner, Thursday and Friday for lunch and Saturday and Sunday for brunch.

The Rolling Stones discuss if 2021 tour will be their last

The Rolling Stones discuss if 2021 tour will be their last

Matthew McConaughey weighs in on his future in politics

Matthew McConaughey weighs in on his future in politics

The restaurant space at 421 N. Strawberry St. in the Fan District that was home to Strawberry Street Café for more than 40 years is back on th…

In March 2020, Shelia Folley sat outside The Red Door restaurant on East Grace Street that she and husband Joe Folley have operated since 1991. It has been closed since the pandemic started.