BRISTOL, Va. — Michael Waltrip admits his personal beer palate was once limited but is now expanding — along with his business interests — and the Twin City is the latest beneficiary.

“I grew up in Kentucky drinking Bud Light, and that was about as sophisticated as I ever got,” Waltrip said. “When we started this, I said I really didn’t like IPAs [India pale ales].”

“My partners and I went to Denver, Colorado, and our job was to try beers and write down what we liked and didn’t like and how they would fit our palate, and we walked out with three recipes,” Waltrip said.

Those beers — a blonde ale called Two-Time; a Mexican lager called Vamonos; and Checkered Past, a coconut IPA that Waltrip calls his current favorite — are now being brewed in the new facility and sold across Tennessee in Food City stores. A Virginia distribution license is pending.

“Anytime someone takes a sip of the beer, and they slosh it around in their mouth, I’m thinking, ‘I’m not sure how this is going to go. He probably knows more about beer than I know,’” Waltrip said. “I just hope the result is something flavorful, and the connoisseur can say, ‘Mike, y’all did a good job.’”

The Two-Time Tap Room opened last week after several months of work on the 1910 building, which is listed on the National Register of Historic Places.

Waltrip said he got into the brewing business in Phoenix just before the COVID-19 pandemic with friends Bryan Sperber and Glynn Gross. He was searching for opportunities when Bristol business owners Jim Bunn and Allan Hurley called.

“Jim and I go back. We’re old golfing buddies. He said, ‘Michael, I heard you’ve got a beer, and we’ve got a brewery. We need you to move into it.’ That partnership is why, in a pretty quick fashion, we were able to renovate, upfit this thing, get our beers in here and start making them,” Waltrip said.

They renovated 10,000 square feet on the first and second floors, with the restaurant bar and brewery on the ground floor and entertainment space on the second.

“Phoenix is cool. There’s a lot of folks there who love NASCAR, but chances are I could walk around downtown [and only some] people might recognize this big, goofy guy. But here in Bristol, the name means a lot, and I’m thankful to be able to race cars my whole life,” he said. “You hope you can give back and do something cool the fans can enjoy when they’re away from the races, and hopefully this place will be that.”

Waltrip said the initial response to both the business and beer has been “great.”

“We want everyone to have an enjoyable experience. It’s very comfortable, with a very relaxed attitude. A place to have a cold beer and finish up a hard day at work,” he said.

When he owned a NASCAR team, Waltrip said they consistently received great reviews from fans for their tours and fan experience. His goal is much the same in Bristol.

Among the patrons was Bristol Virginia Mayor Anthony Farnum, who praised Waltrip’s decision to locate here.

“It’s a great addition to downtown Bristol,” Farnum said. “We have so much history with NASCAR here in Bristol; it’s in our blood. It just fits in perfectly with everything that is Bristol.”

During the program, Waltrip explained the “Two-Time” branding plays off his status as a two-time champion of the Daytona 500, NASCAR’s biggest race. After some prodding, he jokingly agreed to “change it right now,” since he is also a two-time Bristol winner in the former Busch Series.

In addition to the products on the market, there will be six to eight different flavors and styles available in the Moore Street location, as well as soft drinks, tea and lemonade. The menu includes appetizers, burgers, sandwiches, salads, pizza, side items and desserts. For those so inclined, they will also serve a Bud Light or other domestic or guest brands.

“There is plenty of beer for all types of beer drinkers,” Waltrip said. 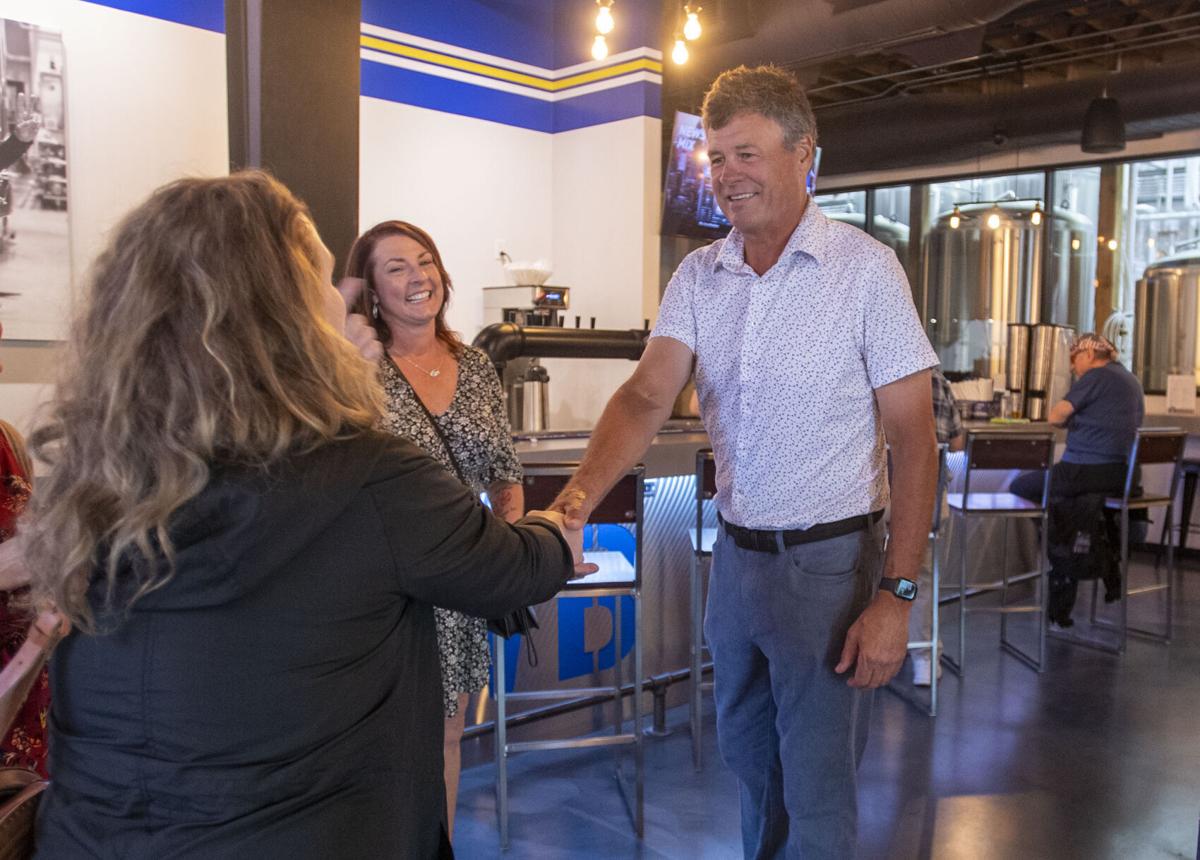 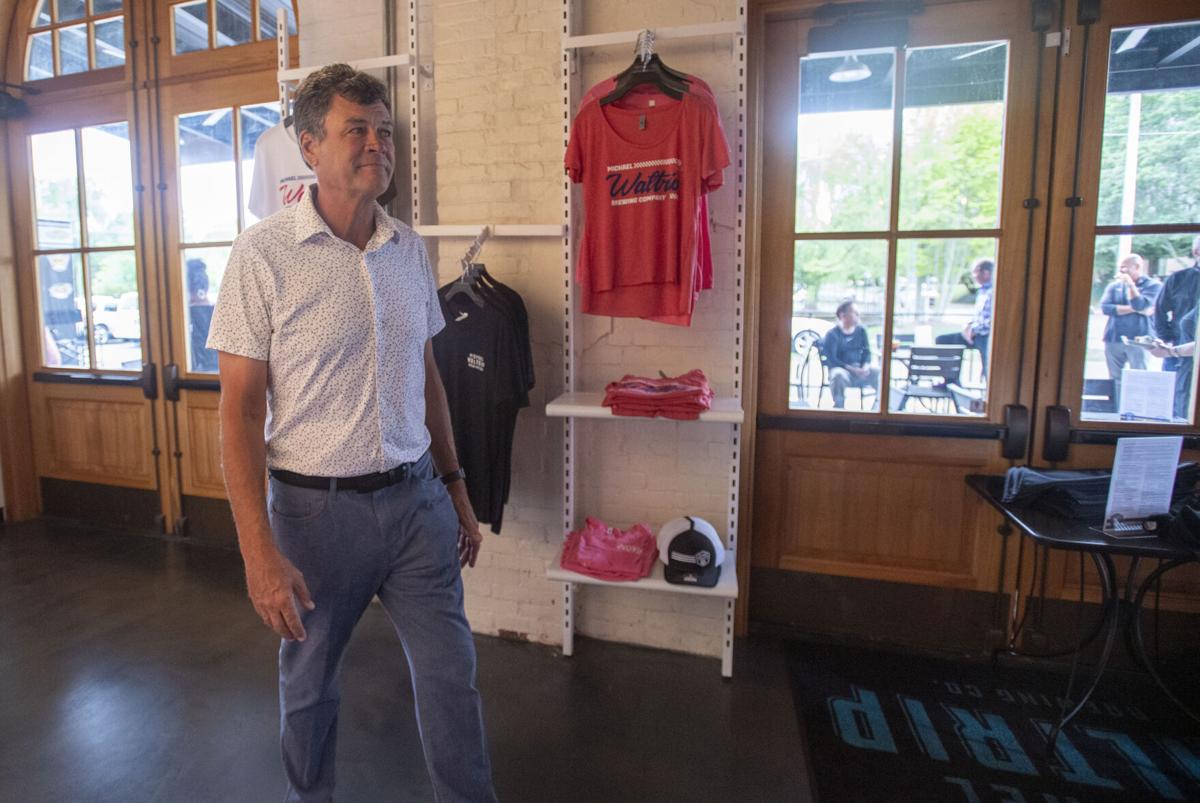 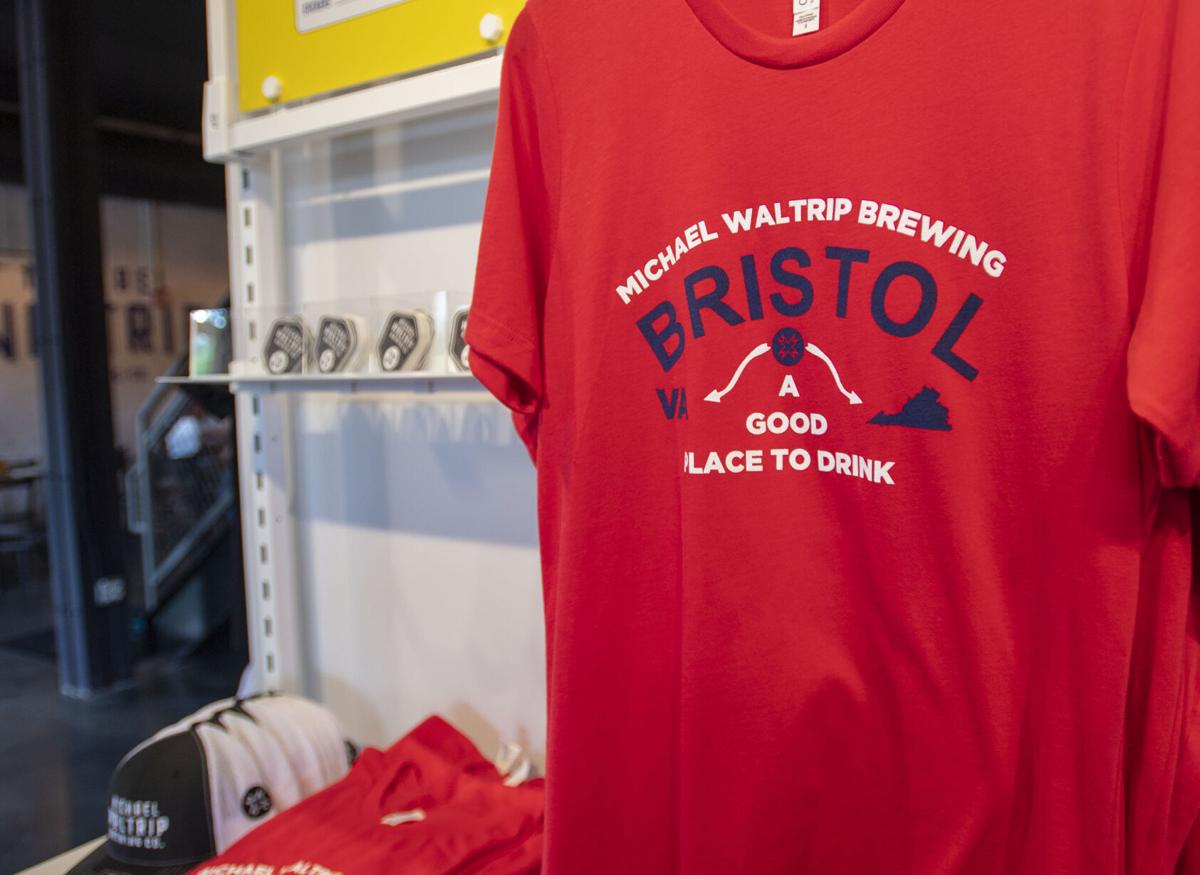