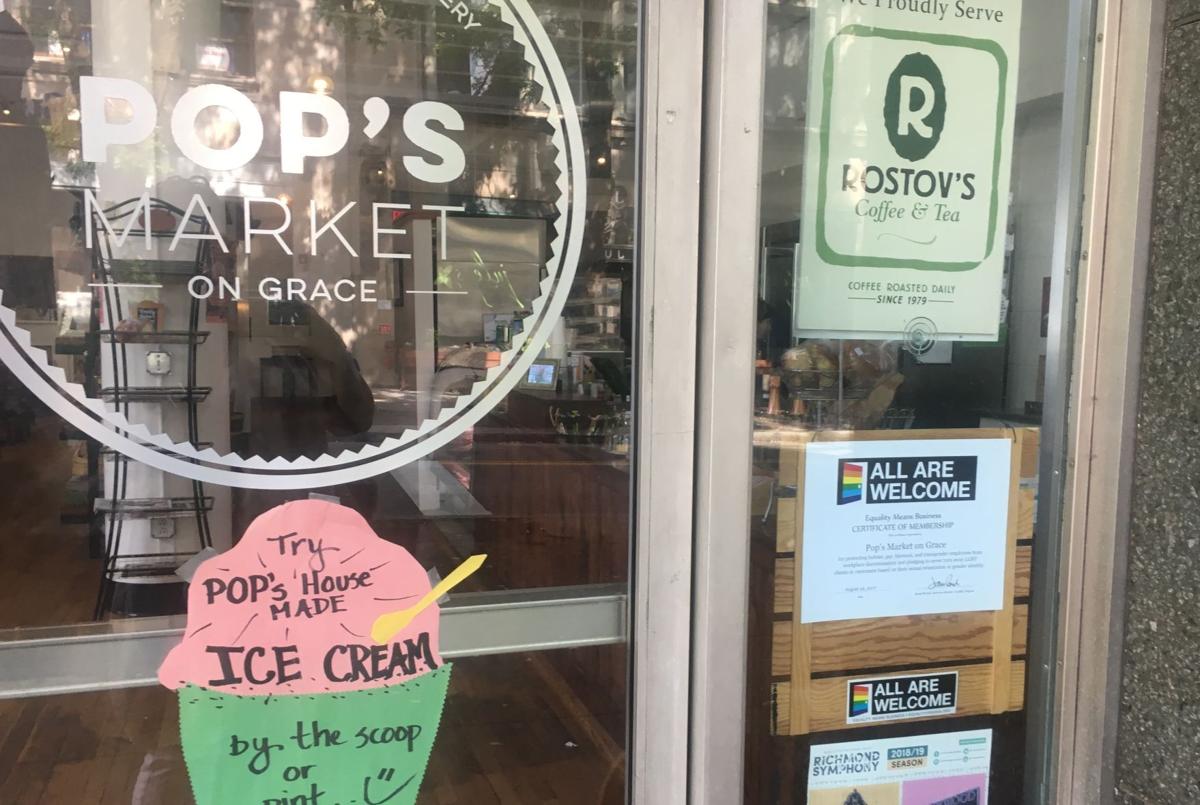 Chef Josh Wright and his mother, Patti, opened Pop’s Market on Grace in November 2015 after renovating the front portion of the historic Cokesbury building on East Grace Street. 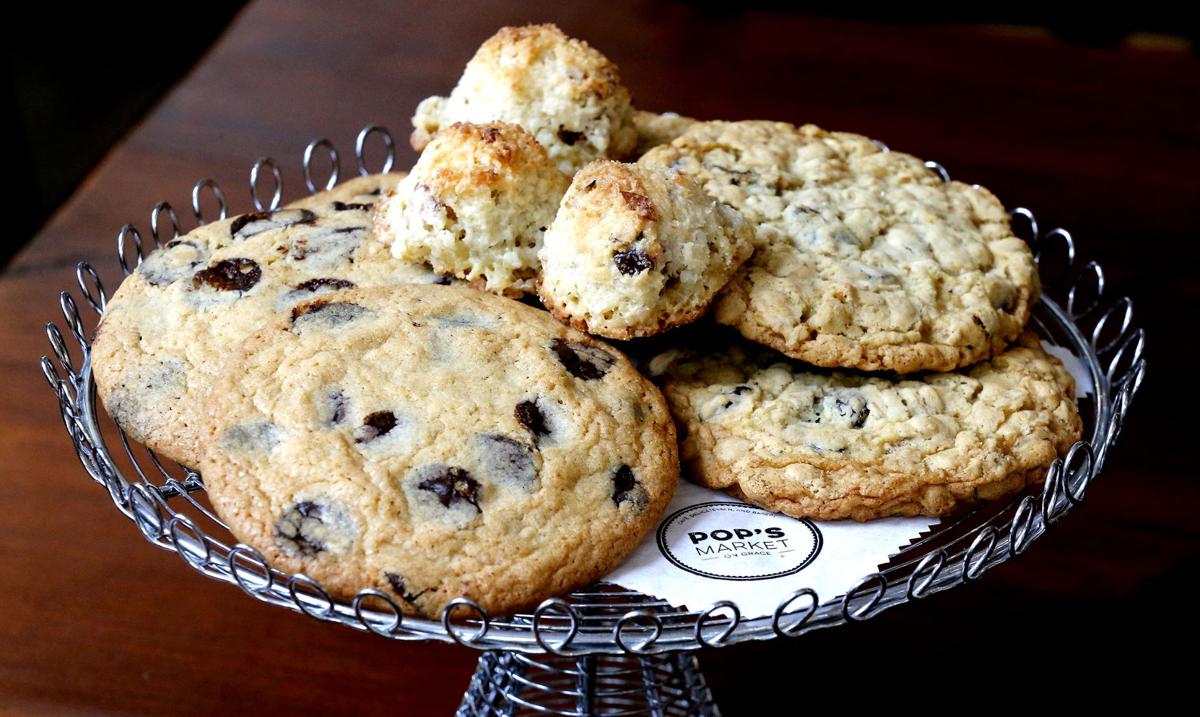 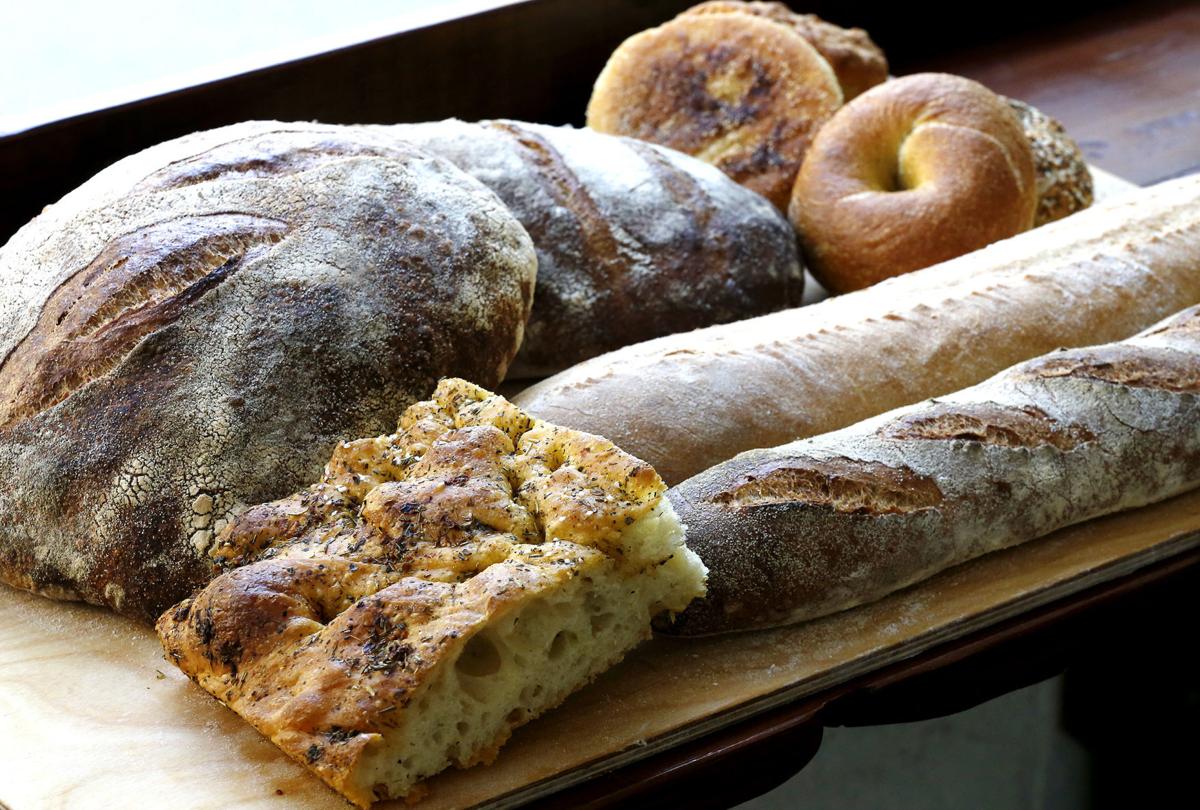 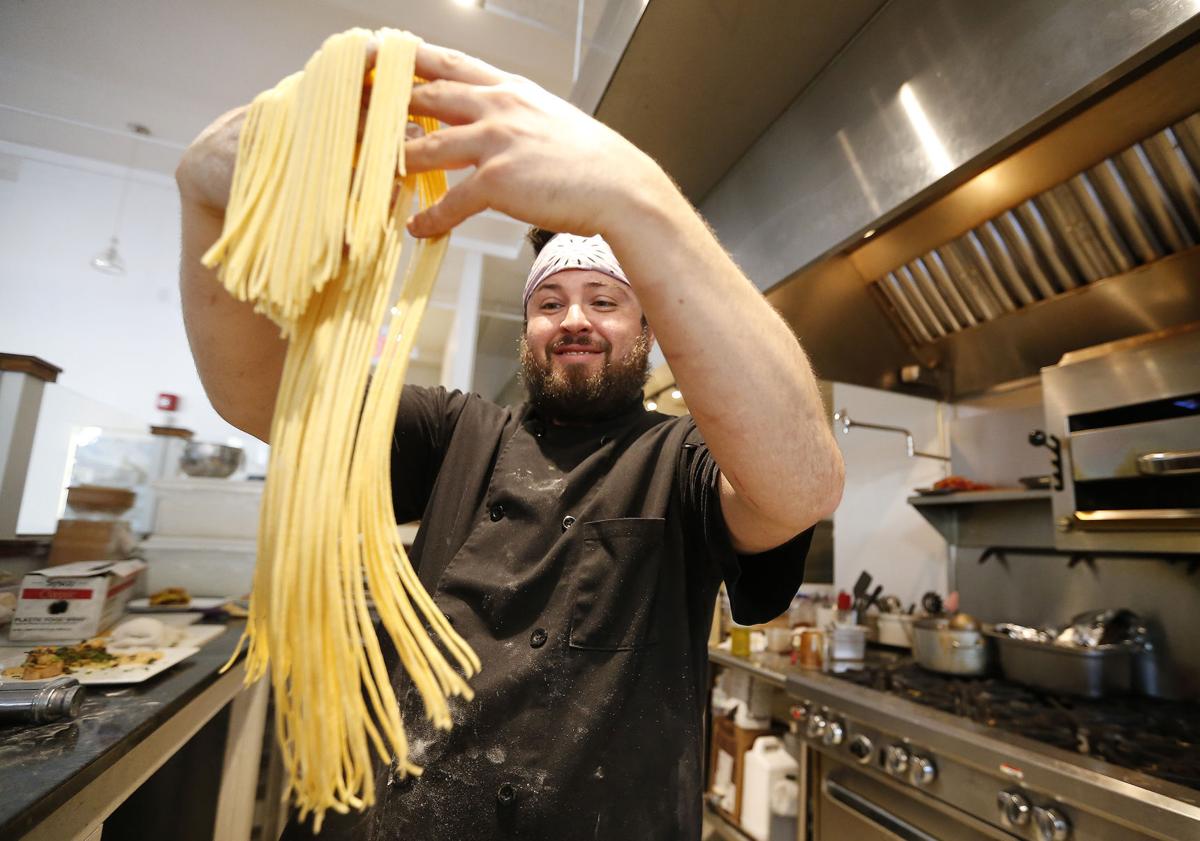 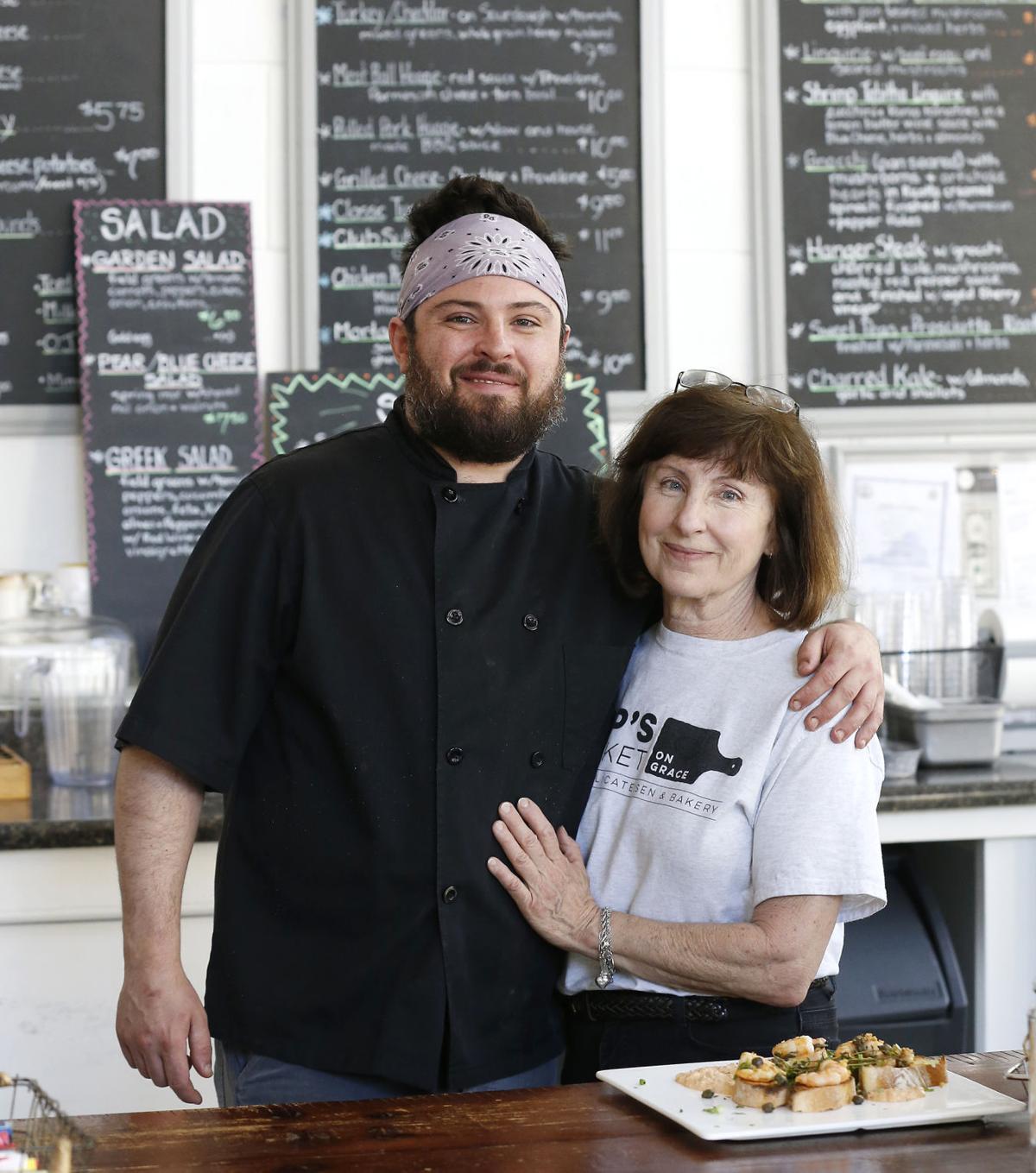 Josh Wright and his mom, Patti Wright, have been running Pop’s 12 hours a day for the majority of the past six years. “We’re exhausted, so we need a moment,” he said. 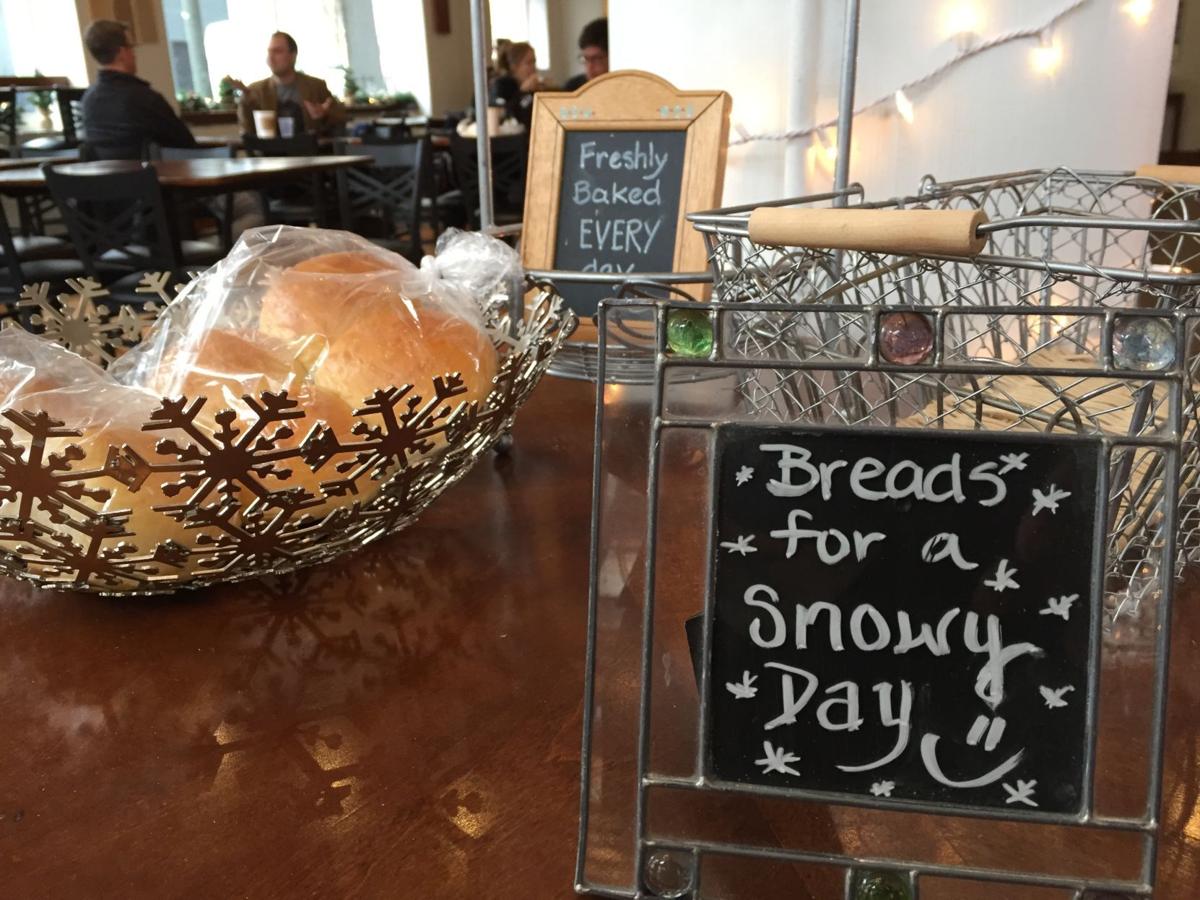 Pop’s Market on Grace — the market and restaurant that brought back to life the former Cokesbury bookstore building at 417 E. Grace St. — is closing in July after nearly six years in business.

Chef Josh Wright and his mother, Patti, opened the restaurant, sandwich shop and market in November 2015 after renovating the front portion of the historic Cokesbury building into a 75-seat fast-casual restaurant that served prepared side dishes, freshly baked bread and pastries. A small market portion offered a few grocery staples, plus wine and beer.

But the heart of the restaurant has always been the food — and the people.

Prepandemic, Pop’s served — at least until sellout — a steady menu five days a week of breakfast sandwiches in the morning, gourmet sandwiches on house-made bread in the afternoon and tapas, appetizers and pasta-heavy entrees in the evening.

And sellout was likely. And still is.

The menu — and nearly every bite of food all day, every day — came from Wright. The service — nearly every greeting and table delivery of a sandwich — came from mom Patti. And all of it still does for both the front and the back of the house, only now the menu and hours are limited due to the pandemic.

And if you’ve been to Pop’s, you’ve met Patti and Josh. The restaurant is named for “Pop,” Wright’s dad, who died four years before the restaurant opened. Wright spent some time after his passing traveling around Europe and gathering the inspiration for the future Pop’s menu — and the restaurant concept he wanted to have.

And Pop’s closing — which will come in July, likely once the food sells out — is happening on Josh and Patti’s terms, too.

“We’re here on our own terms and we are still making great food and serving it reasonably in a way we are proud of. Integrity is all we got left and we will hold our standards till the end,” Josh Wright said.

The pandemic, of course, and the devastating financial impact it had on restaurants, is among the reasons the restaurant will close.

“[There are] lots of layered reasons, some stemming from pandemic, but ultimately things can’t be the way they were,” he said. “And the vision has changed.”

But before everyone runs out and tries to crowd the restaurant all at once, remember, there are at least two months of Pop’s opportunities left.

“Add we’ve still got a couple special breakfast and pizza days in the works, too,” Wright added.

Pop’s Market on Grace is open 11 a.m. to 7 p.m. Tuesday through Friday. Find it on Facebook or Instagram to see the daily menu and ordering details.

The winners are in for the 2018 Elbys: Joe Sparatta, Dutch & Co., Richmond Restaurant Group and Little Saint take home the big wins

Richmonders Herb Hill and his wife, Betsy (left), and Tracy Stallings and her husband, Tom, wore costumes and posed for a photo Sunday during …

Restaurant review: Pop’s Market on Grace is a family affair

Editor’s note: This is one in a series of re-reviews of restaurants reviewed by The Times-Dispatch’s previous restaurant critic.

Pop's Market on Grace is open

The former Cokesbury bookstore building at 417 E. Grace St. could become Pop’s Market on Grace by the end of August.

Chef Josh Wright and his mother, Patti, opened Pop’s Market on Grace in November 2015 after renovating the front portion of the historic Cokesbury building on East Grace Street.

Josh Wright and his mom, Patti Wright, have been running Pop’s 12 hours a day for the majority of the past six years. “We’re exhausted, so we need a moment,” he said.