Subscribe
Read Today's E-Edition
Share This
Virginia ABC surpasses $1 billion in sales again, up by almost $120M - despite a 19% loss of restaurant sales
0 Comments
Share this 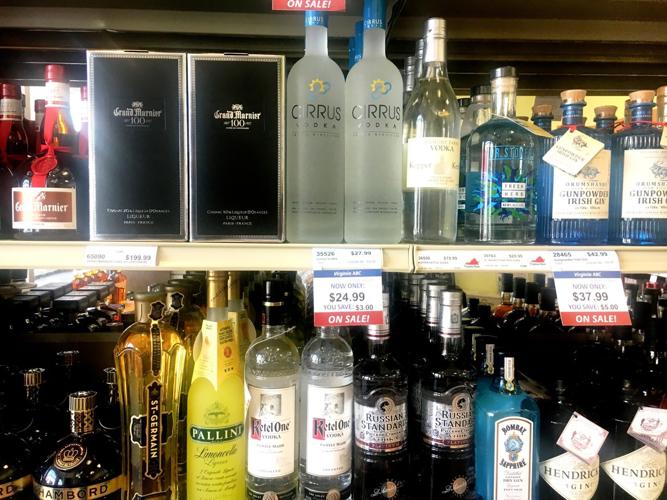 The Virginia Alcoholic Beverage Control Authority is still operating its retail stores across the state.

The Virginia Alcohol Beverage Control Authority announced Wednesday retail sales of $1.2 billion in fiscal 2020 — a nearly $120 million increase from the previous year and the second year in a row the liquor monopoly surpassed $1 billion in sales.

As the agency adapted to the pandemic, the switch to online ordering helped bolster its sales, with an average of 419 orders coming through per day by July.

ABC also implemented curbside pickup at 370 stores across the state and offered shipping for the first time, in Suffolk. Sunday sales, according to an agency statement, also increased by almost 20%.

But the boost came at a cost of a pandemic that shuttered licensed establishments — that is, restaurants — and shattered the distilled spirits industry. ABC loosened regulatory restrictions to provide delivery and takeout of alcoholic beverages and expanded the ability for restaurants to expand their patio access as cities entered Phase One of the state’s reopening.

Even with this, licensee sales dropped by 19%. The majority of Virginia ABC’s sale increases stemmed from retail customers taking alcohol home. Retail sales were up by 18%

“In this crisis, numbers only really tell part of the story,” CEO Travis Hill said. “On the individual level, people are either looking for new employment or working under the challenges of the pandemic. ABC is no different than any other business in that our success this year would not have been possible without the commitment and sacrifice of our employees.”

The 86-year-old state liquor monopoly has for five years functioned more as a modern business as opposed to a government bureaucracy. The billion-dollar milestone, which ABC hit last year, was the target for then-Gov. Terry McAuliffe, who had ordered a fresh look at the old Virginia ABC Department after his predecessor, Gov. Bob McDonnell, failed in 2011 to privatize the liquor monopoly the state has held since the end of Prohibition in 1934.

With the same aim, the 2015 General Assembly adopted legislation to turn the venerable state agency into a semi-independent authority, governed like a corporation with a CEO and a part-time board of directors, and allow it to keep some of the money it generates each year for the state to modernize its outdated operation.

But this year, ABC had the business challenge of a pandemic.

In July, the agency also began requiring the use of face masks in stores to limit the spread and stated that anyone who doesn’t use one will be denied entry.

But even prior to the pandemic, sales were up 7% and 12 new ABC stores generated almost $20 million in sales.

Hennessy VS cognac saw a 33% increase while Tito’s sales went up $10 million, a 24% increase from the previous year.

Final audited results will be available later in the fall.

According to FY 2020 sales, the top five brands purchased in Virginia ABC stores were:

Virginia is cashing in a $1 billion bet on its 85-year-old state liquor monopoly.

Ed McLaughlin, Virginia Commonwealth University’s vice president and director of athletics, said that with an optimist’s eye he could see a ne…

The Virginia Alcoholic Beverage Control Authority announced Friday that starting Monday, the agency will enforce the use of face masks in stor…

'The nicest thing the city has ever done': After nearly 30 years of waiting, Sidewalk Cafe finally gets its patio

After 29 years of waiting, The Sidewalk Cafe finally has a sidewalk cafe.

Hocus Pocus 2: They're Back (Spot)

The Virginia Alcoholic Beverage Control Authority is still operating its retail stores across the state.