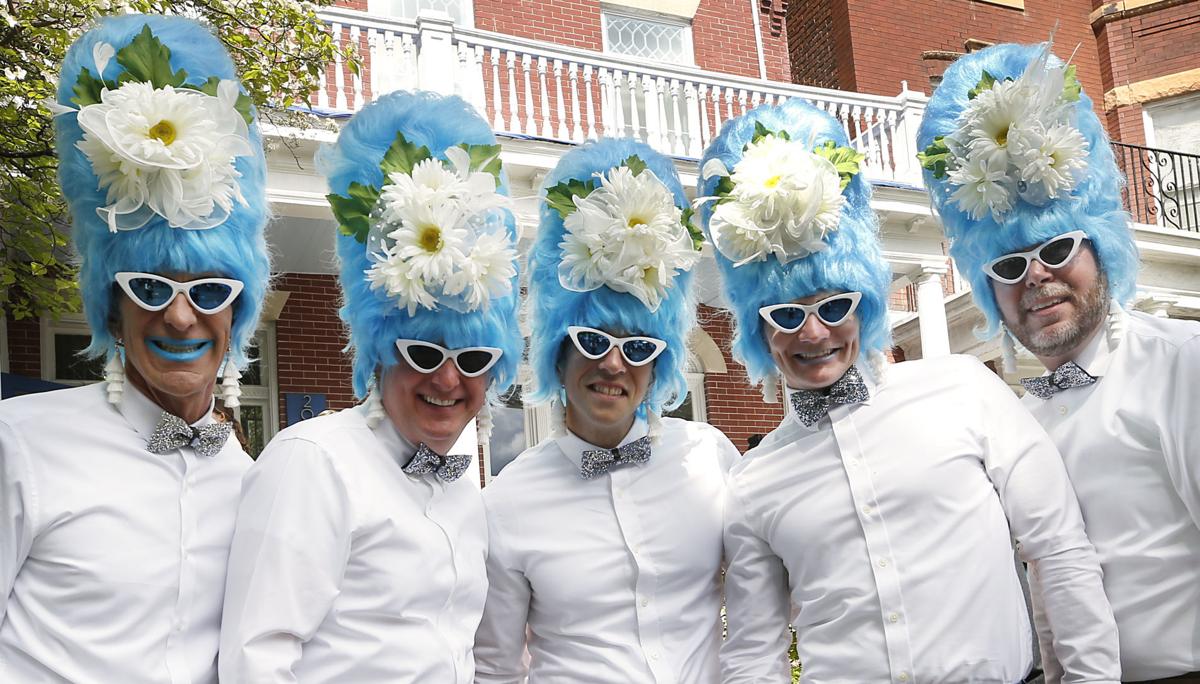 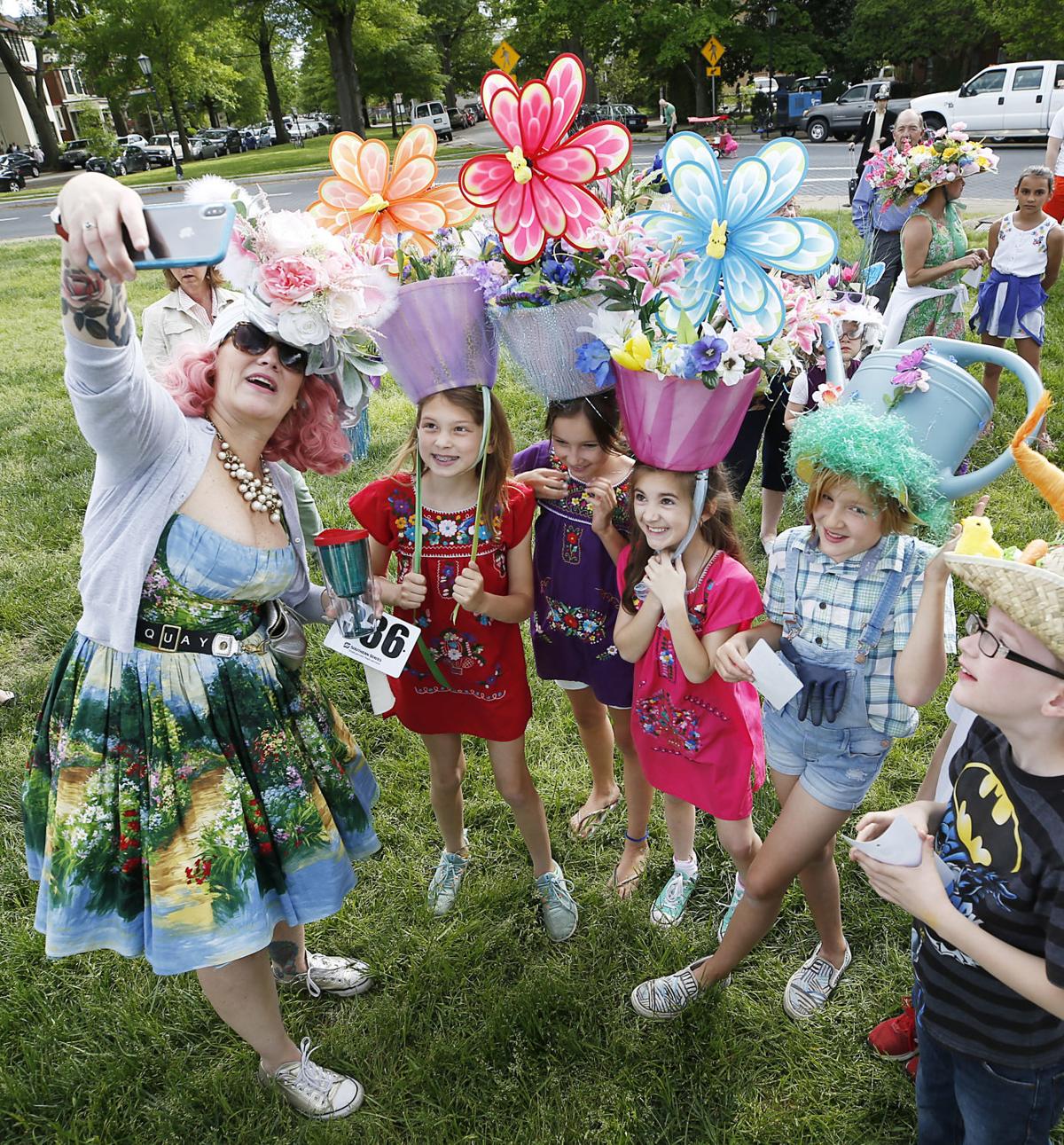 Molly Blanton snapped a selfie with the winners of the children’s bonnet contest during Easter on Parade on Monument Avenue last April. The winners were Audrey Anthony (from left), Laura Teele, Lily Veech and Porter Teele.

The Easter Bunny is going to have to stick to his own backyard this year.

Due to the coronavirus pandemic, Gov. Ralph Northam has declared a state of emergency and is restricting all gatherings to 10 people or less.

Easter on Parade, the “people parade” that typically draws upward of 25,000 people to Monument Avenue, has been canceled.

Echelon Event Management, which took over the event from Venture Richmond and has been hosting it for the past few years, made the announcement “with great sadness.”

Easter on Parade was scheduled to be held on Sunday, April 12.

A Richmond tradition for over 40 years, Easter on Parade is a people parade where people dress up in their Easter bonnets and stroll up and down the avenue for live music, food and socializing.

Family Easter at Maymont, which typically draws thousands of kids for an egg hunt, has also been canceled this year in the interest of social distancing.

“Many of our upcoming community events and programs do not fit within current guidelines set forth by the CDC and federal and state authorities. Therefore, we’ve made the difficult decision to cancel or postpone all of our organized public activities through May 10,” said Carla Murray, a spokesperson for Maymont.

In brighter news, Maymont’s sprawling 100 acres are still open daily from 10 a.m. to 7 p.m. Just keep at least 6 feet away from other parties to practice social distancing.

Lewis Ginter Botanical Garden’s events on Easter weekend, including visits with Peter Rabbit and a popular Easter brunch in the Robins Tea House, have also been canceled.

The garden is currently closed to the public through April 30.

Plant Fest, a popular annual plant sale scheduled for May 1 and 2, has also been canceled. All of the above events typically draw thousands of people.

More cancellations continue to come in from local arts and entertainment organizations.

The governor has mandated that all museums, theaters, concert venues and performing arts venues must remain closed through April 23.

Rome villa with Caravaggio fails to sell, to be reauctioned

ROME (AP) — A villa in Rome containing the only known ceiling painted by Caravaggio went on a court-ordered auction block Tuesday, thanks to an inheritance dispute pitting the heirs of one of Rome’s aristocratic families against their stepmother, a Texas-born princess.

Richmond theater brightens up the winter season with 'A Doll's House, Part 2' at Virginia Rep, 'Come From Away' at Broadway in Richmond & more

Richmond-area theaters will be brightening the dark days of winter with exciting and fresh productions on stage. From a new take on the Henrik…

The Jewish Food Festival is a take-home event this year, plus two buzzworthy shows at The National, a Richmond Symphony Lollipops concert in h…

KEY WEST, Fla. (AP) — A profane phone call and Jimmy Buffett’s inability to keep his daily planner organized 50 years ago in Miami set in motion events that changed the music world. Those events made the singer-songwriter one of the most beloved entertainers in America. And one of the wealthiest, with a net worth around $600 million.

Molly Blanton snapped a selfie with the winners of the children’s bonnet contest during Easter on Parade on Monument Avenue last April. The winners were Audrey Anthony (from left), Laura Teele, Lily Veech and Porter Teele.