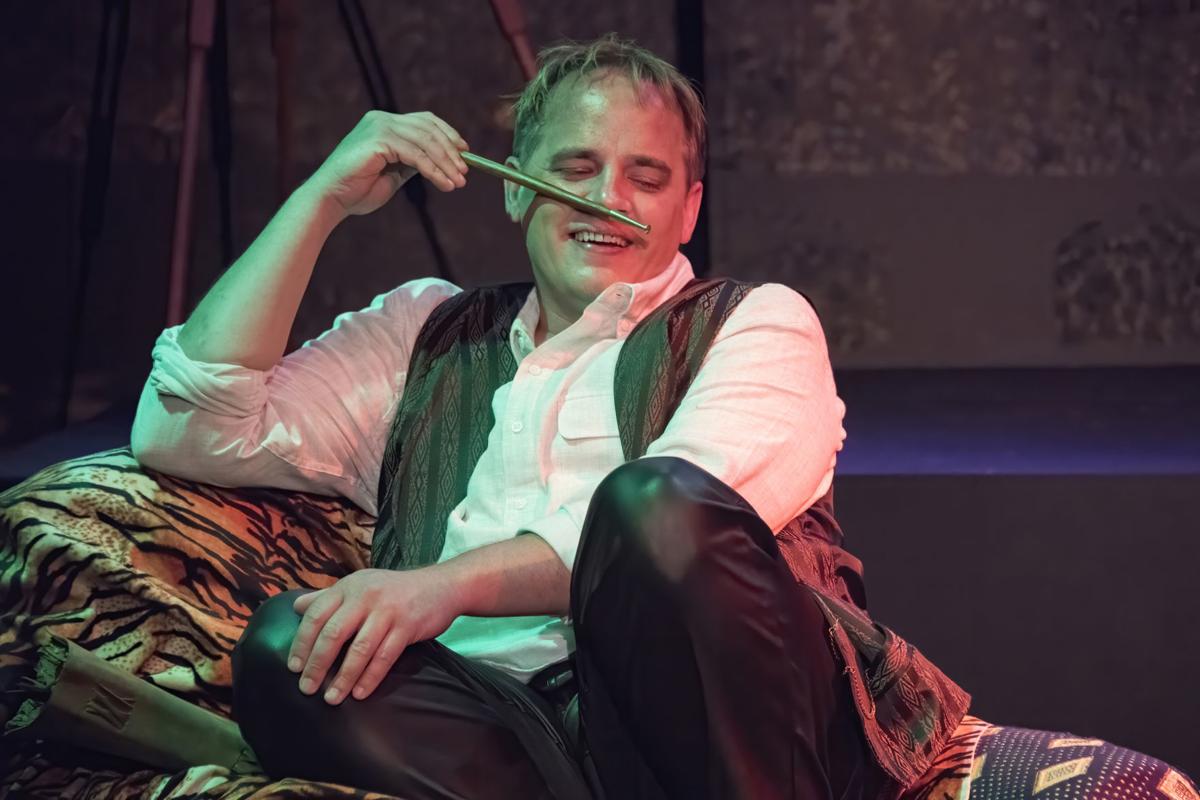 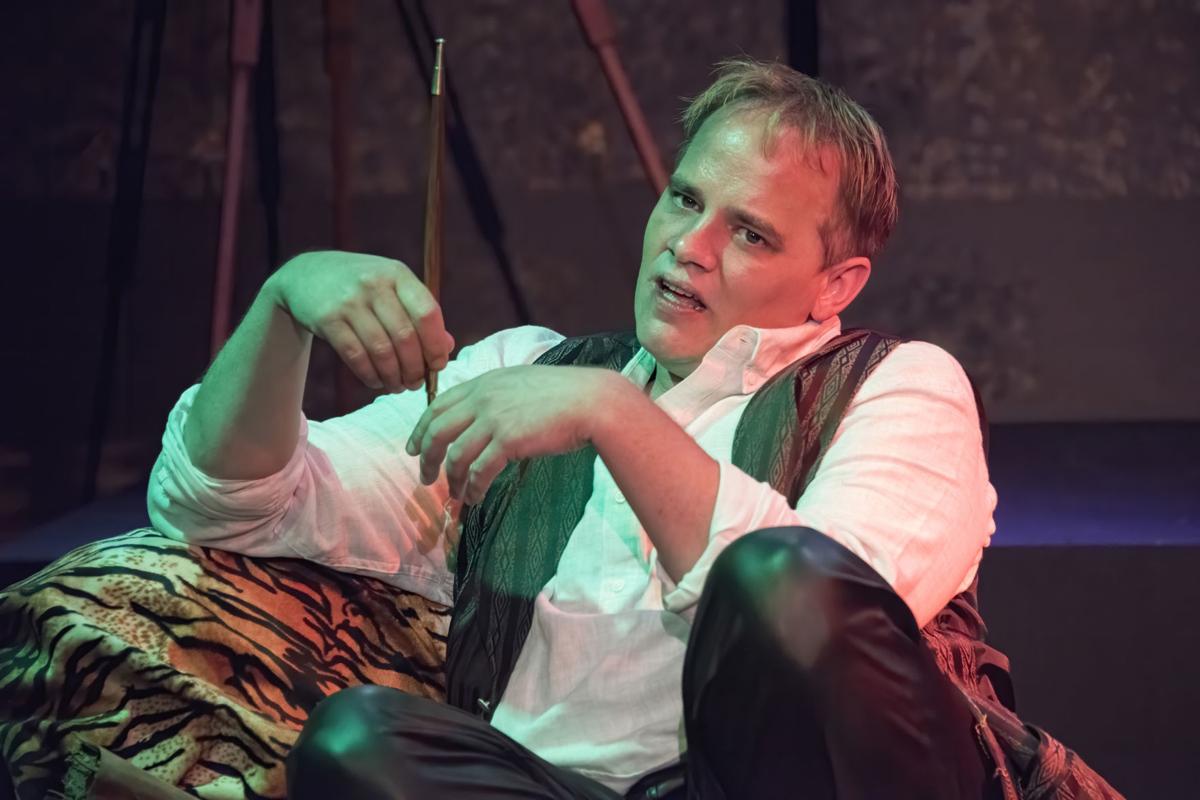 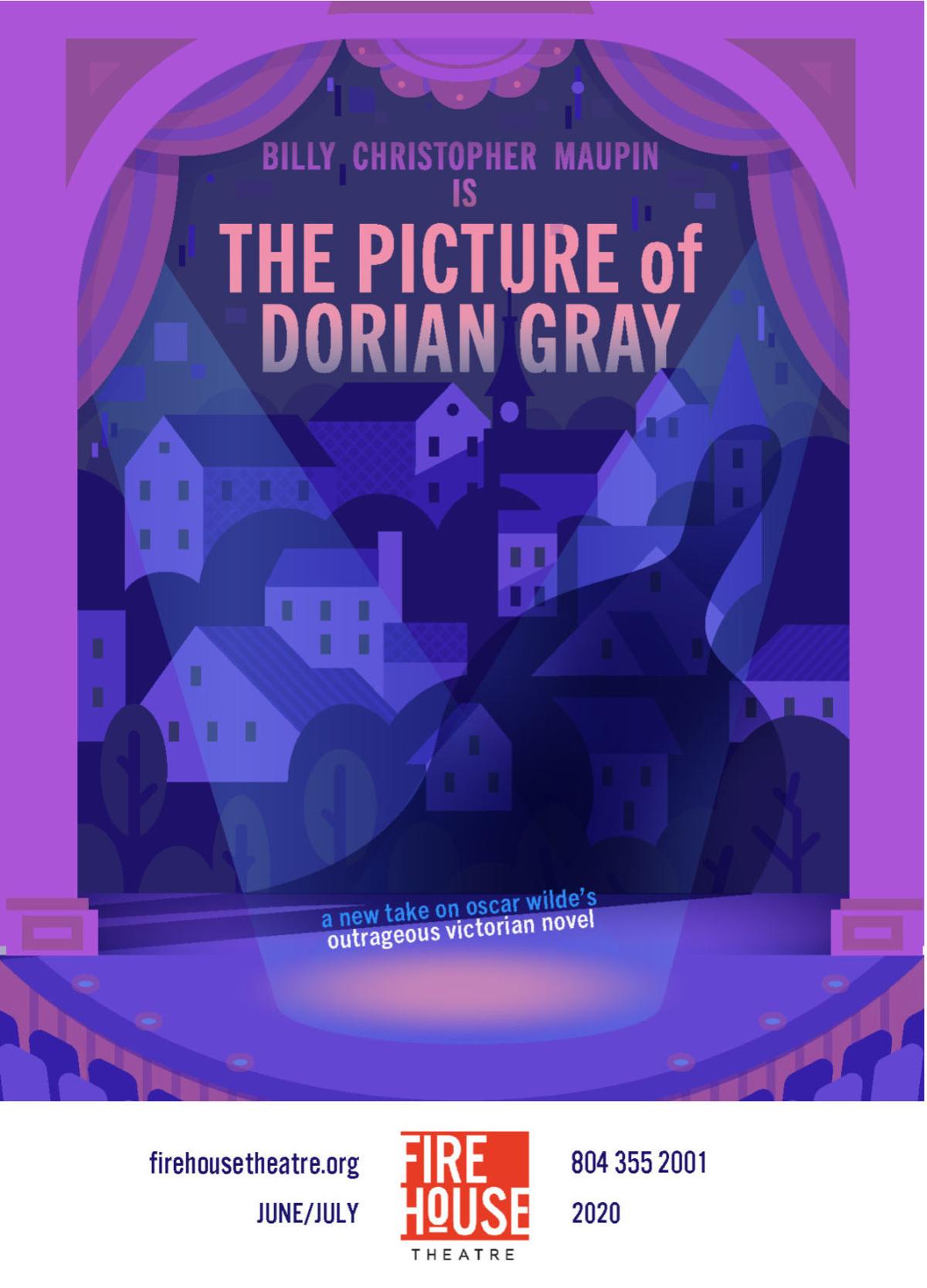 The poster for Firehouse Theatre's world premiere adaptation of "A Picture of Dorian Gray." 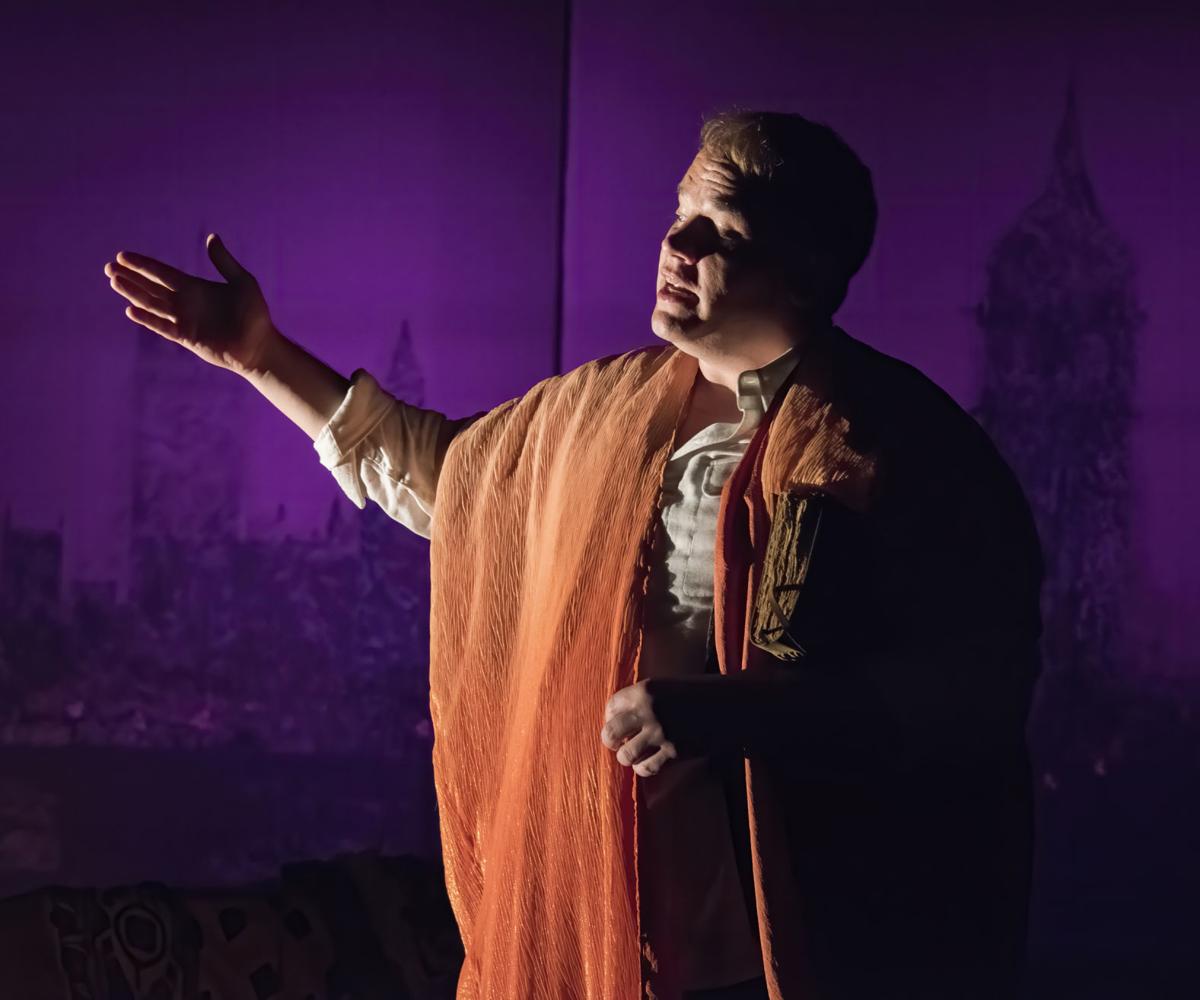 Watching Firehouse Theatre’s adaptation of the Oscar Wilde novel “The Picture of Dorian Gray,” you would be forgiven for thinking it had been designed to be performed in the midst of a pandemic. The one-man cast, the purposefully economical set design and the intimate content all seem perfect for presentation in a socially distanced space.

Really, though, this adaptation has been in the works for the past two years, and the partnership at the center of it—between director Shirley Kagan and actor Billy Christopher Maupin — goes back over 15 years.

Kagan and Maupin have been friends and collaborators since they met in 2003, and had long wanted to work on a project together. Originally conceived in partnership with Firehouse Theatre as a one-man production of “Our Town,” the team decided on “Dorian Gray,” a work in the public domain, after failing to acquire the rights to adapt “Our Town.”

However, Kagan suffered health issues in 2019, delaying the project, which was originally slated to premiere last summer, by a year.

While it became clear in early March that Firehouse Theatre would be closing due to COVID-19, Maupin, Kagan and Joel Bassin, the theater’s producing artistic director, were reluctant to again delay the project. But at the same time, the solution many other theaters across the country had found — using Zoom and other video conferencing apps to live-stream productions — did not appeal to the team.

“Theater, for the three of us, requires an audience and a performer to be in a shared space,” Bassin said.

On the other hand, the idea of even filling the 99-seat theater to half-capacity seemed far too risky.

The decision to invite up to six audience members per night was reached gradually, Bassin said. He initially considered selling only one ticket per night and marketing it as “a solo performance for a single audience member,” but worried about ostracizing theatergoers who wanted to bring friends or family members.

From there, he considered whether he would be comfortable managing two audience members, then four, then six, blocking off seats with “reserved” signs to help him visualize how big a six-person audience really was. He waffled over whether eight attendees would be manageable, ultimately deciding it wouldn’t.

To further reduce the risk of spreading COVID-19, Firehouse Theatre developed a list of safety protocols that would be sent to each audience member prior to their arrival at the theater, along with a form they can use to order drinks ahead of time, allowing for contactless bar service.

Patrons will not be permitted to enter without a face mask, though the theater will provide masks to those who do not bring their own, and Bassin will take audience members’ temperatures at the door. Each audience member will be assigned their own bathroom or stall to use throughout the 2½-hour performance. Audience members will be assigned numbers that dictate the order in which they must leave the theater during intermission and at the play’s conclusion.

Even patrons who come to the production with a spouse or roommate will be seated separately. This is both a means of maintaining social distancing without giving special treatment to certain attendees, as well as a way of encouraging audience members to experience the show individually, as “a reader of the novel would experience the story,” according to the list of safety measures.

“When we read, it’s a very solitary and private experience … We’re sort of lost in our imagination and we’re having an experience directly with the material we’re reading,” Bassin said, calling Firehouse Theatre’s adaptation of “Dorian Gray” a hybrid between literature and theater.

On top of the socially-distanced in-person performances, five nights of “Dorian Gray” will be live-streamed. The show opened June 18. Bassin was not interested streaming an unmoving, single-camera shot of stage or pre-recording a performance and putting it online, arguing that the latter constitutes a movie, not a theatrical production. Instead, the play will be shot live from three angles and the director will use a control panel to switch between them.

There is certainly disappointment that such a long-anticipated project has been upended by coronavirus. But there is also excitement that “The Picture of Dorian Gray,” as one of the first works of live theater to follow months of isolation, will be such a revolutionary production.

Kagan said he could not have managed it with any other actor. Initially, socially distanced rehearsals for “The Picture of Dorian Gray” were held using the video conferencing platform GoToMeeting, with Maupin using an out-of-commission middle school band classroom as his rehearsal space. Despite the unusual setup, though, rehearsals felt “strangely normal” to Kagan.

“If this had been an actor I had never met before, the show definitely would have suffered from us not being in the same room,” she said. “But because we knew each other so well, that made up for a lot of stuff. I could not have done this show with a different partner.”

Performing in front of such a sparse audience has proved a difficult adjustment for Maupin. “Theater is an interchange between the performers and the audience, just energy-wise,” he said. “Even if those two audience members are giving everything, it’s quite different … than it is with a hundred people giving a little bit.” At the same time, he has found it “special” to share the story of “Dorian Gray” on such an intimate scale.

Looking toward the remainder of Firehouse Theatre’s planned season, it is unlikely that other productions, like “The Zombie Life,” the world-premiere play planned to follow “Dorian Gray,” will be able to take the same approach. Because some members of its five-person cast feel uncomfortable rehearsing in the midst of the pandemic, the production will have to be postponed.

In the interim, Bassin hopes to combine the need for virtual theater with the existing demands of the rehearsal process. “The Zombie Life” centers around a therapist who tries to sell his clients on the benefits of becoming a zombie, so Bassin came up with the idea of the actor who plays the therapist conducting improvised “therapy sessions” over video calls, as a method of combining character development and marketing.

“Day by day, week by week, we’re adjusting,” Bassin said. “Our prime directive is that we will not accept any risk for the staff, the artists or the audience. It’s a pretty straightforward [criterion]—that if we can’t control and eliminate risk, we’re just not going to be able to do the show. And then we’ll figure that out what that means after we make that decision.”

'The Picture of Dorian Gray'

The poster for Firehouse Theatre's world premiere adaptation of "A Picture of Dorian Gray."