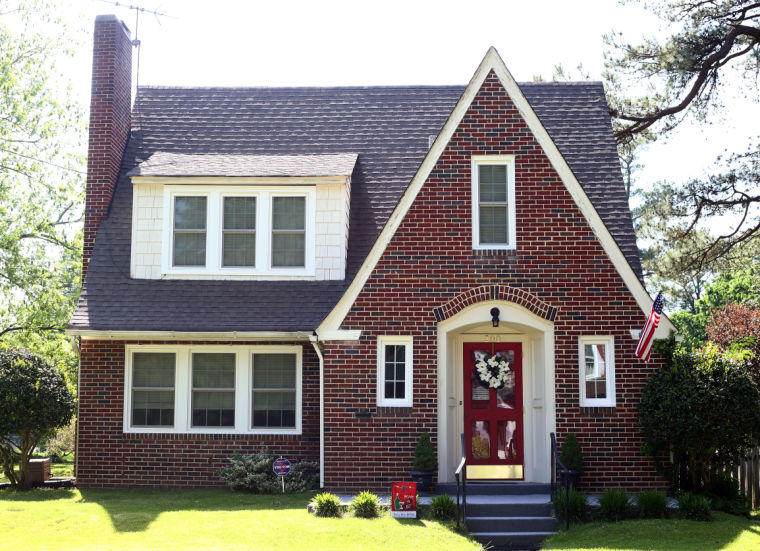 The Sears home of Robin Andrews in Hopewell. 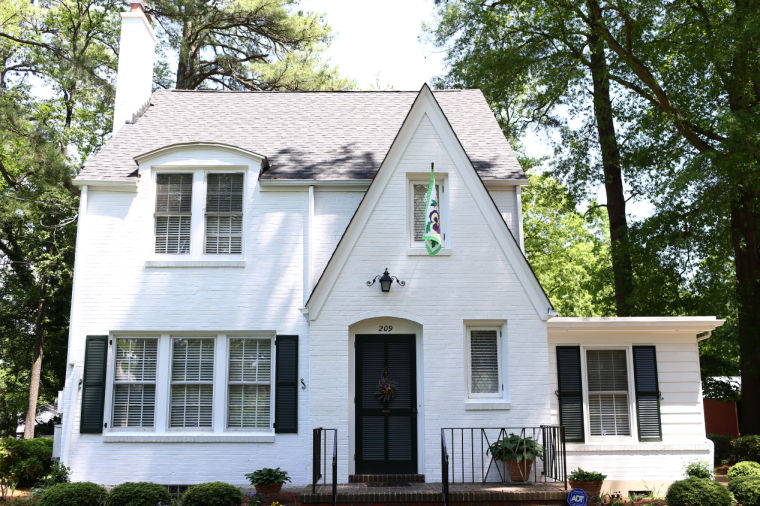 The Sears home of Jayn and Wayne Roark in Hopewell was built in 1928 with a garage.

To visit Hopewell is to take a step backward in time.

A half-hour’s drive southeast of Richmond reveals a downtown of low-slung brick buildings studded with art deco flourishes. Standing guard over Main Street is the Beacon Theatre, the letters of its marquee twinkling just as they first did in 1928. You suspect a Model-T could creep up behind you at any moment.

Nearby, dozens of houses are also caught in this time warp, some grand in scale, others cottages. Local officials hope these homes will attract new residents and tourists as they revitalize Hopewell. But unlike other historic houses in Virginia, these homes were ordered from the back of a catalog.

Near the turn of the century, there were few things you couldn’t purchase from a Sears, Roebuck & Co. catalog. From farm equipment and groceries to automobiles and houses, Sears sold it all.

Through the Sears Model Homes Program, more than 100,000 families bought mail-order houses between 1895 and 1940. There were more than 450 models that buyers could choose from, and the designs could be flipped or modified to meet a customer’s demands. The supplies and instructions were shipped via railcar and assembled onsite by a local contractor.

Pockets of these houses sprung up throughout the country, and one such enclave remains in the Hopewell neighborhood of Crescent Hills.

“I grew up with one in Pennsylvania,” said Jayn Roark, a retiree who purchased her Sears home a few years ago with her husband, Wayne. “I was tickled to death when I found this one.”

Touring her home — a “Cambridge” model — it’s easy to see why. Built in 1928, the beautiful two-story stucco structure has large windows and plenty of charming quirks. An original ironing board still folds down from a wall in the kitchen, and a laundry chute in the second-floor bathroom extends to the basement.

The foundation of the house is made of poured concrete instead of cinder block, helping keep the home cool in the summer and warm in the winter. The floorboards visible in the basement retain their numbers, stamped to ensure proper installation.

A few blocks from the Roarks’ home is Charles and Janet Dane’s unique gable-front cottage, also a Sears home. Many of the house’s entryways — including the front door — feature rounded arches.

“That’s one of the characteristics that let you know it’s a Sears home,” said Janet Dane. As fun and quirky as they are, keeping these houses in good order is an ongoing challenge. Most of the windows in the Danes’ home are plate glass. “That’s a problem, because there aren’t many craftsmen that can work on them.”

Hopewell saw its first pre-cut homes during World War I when DuPont operated the world’s largest guncotton plant in the city. Needing housing immediately, DuPont bought 50 carloads of Aladdin pre-cut homes and assembled them in Hopewell. Housing was divided into two neighborhoods: “A Village” for managers; “B Village” for workers.

In the 1920s and’30s, M.T. Broyhill and his associates developed Crescent Hills and part of nearby Mansion Hills with Sears houses, marketing them to DuPont executives looking for “strictly high-class” homes.

To Christina Luman-Bailey, Hopewell’s former mayor and council member for Ward 1, the Sears and Aladdin houses represent an untapped asset that the city could use to draw new residents and tourists.

“The rarity and uniqueness of these still-intact kit homes is something we should treasure and maximize on,” she said. “They’re incredibly sturdy and well-built homes, and that’s why they’ve lasted so long. They’re perfect for young professionals and people starting families.”

Hopewell officials have been working hard to revitalize the city. Events and festivals take place every few days downtown, and businesses are returning. Hopewell’s tourism office is in the midst of merging with Prince George County to better promote the area. Earlier this year, the long-shuttered Beacon Theatre reopened its doors after a $4.1 million renovation, attracting national music acts and their fans.

“I love the history of Hopewell, the people there,” said Robin Andrews, who moved to Crescent Hills nine years ago. “It’s a city, but it’s a small city. People are just so friendly and welcoming. Hopewell seems like it’s up and coming.”

As a paralegal at McGuireWoods, Andrews commutes to downtown Richmond during the week from her “Belmont” model Sears home.

“A lot of it is still original,” she said. “My mailbox is actually in my bathroom. That’s what I love about these old houses, the character.”

For Luman-Bailey, these houses and their character are a way to bring people back to Hopewell.

“They’re cute homes, and they were built to be practical,” Luman-Bailey said. “They worked for people 100 years ago, and they can work for people now.”

Friday Cheers 2021 will happen. With pods. See the lineup here.

If you want further proof that the long nightmare of our pandemic year is inching closer to an end, Friday Cheers is back.

Thandiwe Newton wants her name back. "I'm taking back what's mine," said the "Westworld" actor, who had been going by Thandie Newton.

"While Dad's health has deteriorated quickly, we can assure you that his great sense of humor continues to shine through," his family said in a statement. "And yes, he still wears his khakis at home."

Innsbrook After Hours moving to Meadow Event Park for 2021 with a new name; announces upcoming concerts

Bring your puppy to Maymont, attend a silent dance party in Shockoe Bottom, swing by a pop-up market at The Diamond or head to the rooftop at …

The pandemic ruined one musical's debut plans. Not for long

World’s ‘spiciest’ brew is on tap in Fredericksburg area, if you can handle it

Somebody had to set the record for world’s spiciest beer. Ray Parrish thought, why not me?

An awful lot of seeds are planted in the first episode of “Mare of Easttown,” but don’t be dismayed. They eventually bear fruit.

The Sears home of Robin Andrews in Hopewell.

The Sears home of Jayn and Wayne Roark in Hopewell was built in 1928 with a garage.