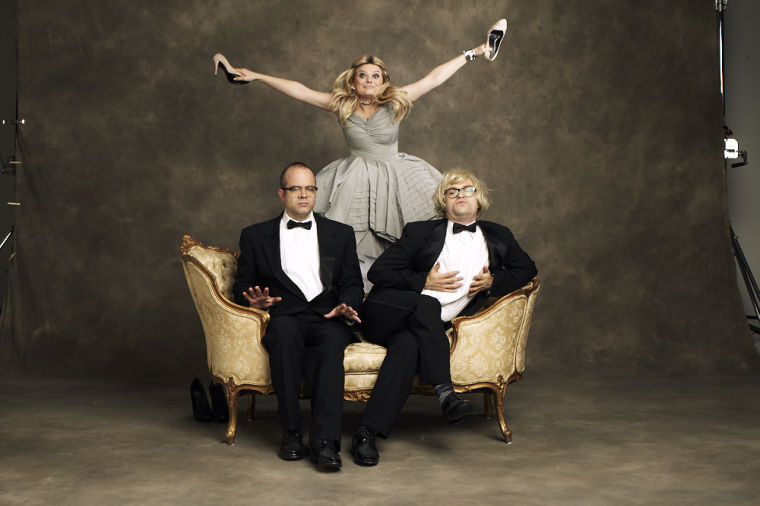 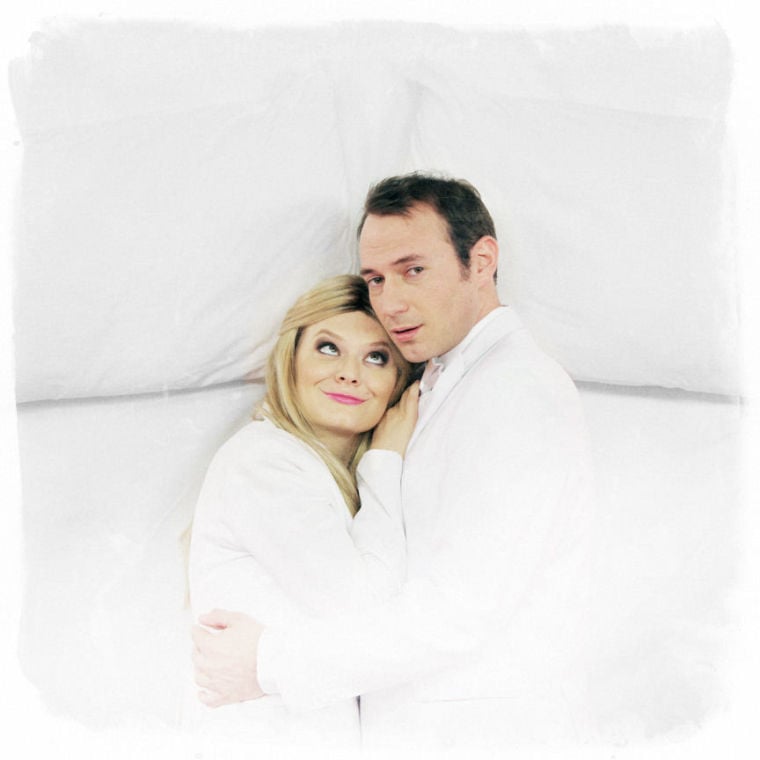 Elaine Carroll and Brandon Scott Jones as “Olivier Sarkozy” in a promotion shot for the fourth season of “Very Mary-Kate.”

Former Richmonder Elaine Carroll has wanted to be an actress since she was a child but she never envisioned that her eventual platform for stardom would be YouTube.

Carroll is a two-time Webby Award honoree for her web series, “Very Mary-Kate,” in which she plays a caricatured version of child-star-turned-celebrity Mary-Kate Olsen. Carroll also serves as the series producer and co-writer along with husband Sam Reich, who is president of original production at CollegeHumor.com, where the show has aired since 2011.

Mary-Kate Olsen is a fashionista and tabloid fixture who rose to fame with her twin sister, Ashley, in the popular ’90s sitcom “Full House.”

“I was a huge ‘Full House’ fan,” said Carroll, who moved to Richmond at age 5, grew up in the West End and graduated from Mills Godwin High School in 2001. “I was pretty much your stereotypical teenage girl who was super into TGIF (ABC network’s kid-friendly line-up on Friday nights) in the ‘90s, so I grew up adoring the Olsen twins.”

“Very Mary-Kate” sketches revolve around Olsen’s co-dependent relationship with her bodyguard (played by college classmate Luke Sholl) and her disruptive activities in her college history course, where she does practically everything — turn the other students into her slaves, make fun of her professor, call for a helicopter pickup — except pay attention in class.

Carroll initially wrote 10 episodes to see if she could develop a following. She estimated she might be able to pull in 10,000 views. A little more than three years later, episodes of “Very Mary-Kate” have received more than 28 million views. In addition, she has 48,000 people on Twitter following her in-character tweets.

“People are fascinated with Mary-Kate Olsen in the same way that they’re fascinated with Lindsay Lohan or Paris Hilton,” Reich said of the series’ viral appeal. “ ‘Very Mary-Kate’ brings in a whole new demographic to CollegeHumor and is helping us shed the image that we’re a website that caters exclusively to college-aged males.”

For Carroll, her fame as an Internet fixture is the highlight of an acting career she was determined to establish since she first participated in a play in first grade.

“I decided I wanted to be an actor when I was 7 and I never changed my mind,” she said.

At age 10, Carroll enrolled in the School of Performing Arts in the Richmond Community. At Godwin, she was active in the drama department, and showed a knack for screenwriting under the tutelage of teacher Mac Damron.

“She’s very creative; her scripts that she created were excellent,” Damron said. “She had good ideas about how things worked and what was theatrical and what wasn’t. She knew how to make things that look good on paper look good on stage.”

While studying acting at Marymount Manhattan College, Carroll started collaborating with Reich and Josh Ruben. They linked up with a couple more of Ruben’s friends to form a comedic sketch troupe. Because one of the group’s five members, Vincent Peone, was studying cinematography, and Reich had experience designing websites and directing, they decided to film sketches and post them on the Internet.

“There was no YouTube at the time,” Carroll said. “We were pioneers for the landscape of the Internet.“

In 2003, Carroll and her colleagues called their sketch group Dutch West and started posting videos on their own channel. Carroll theorizes that the advent of YouTube didn’t just normalize them but made them look ahead of the curve. Before long, the group got enough attention to afford managers and agents.

The experience also exposed Carroll further to possibilities in writing and video production.

“It’s good to cultivate as many skill sets as possible. It’s difficult these days to find work simply as an actor even though that might be my main passion. I don’t want to limit myself simply at the mercy of casting directors,” she said.

She came up with the Mary-Kate Olsen impression in 2008, when she was invited to audition for “Saturday Night Live.” Although she didn’t get the job, she decided that the Mary-Kate character might have a longer shelf-life and could work as a web series.

In the interim, Carroll is pursuing the audition circuit and has filmed another web series for CollegeHumor called “Precious Plum,” which made its debut May 23.

She just completed her fourth season of “Very Mary-Kate” and plans to continue her show.

Elaine Carroll and Brandon Scott Jones as “Olivier Sarkozy” in a promotion shot for the fourth season of “Very Mary-Kate.”