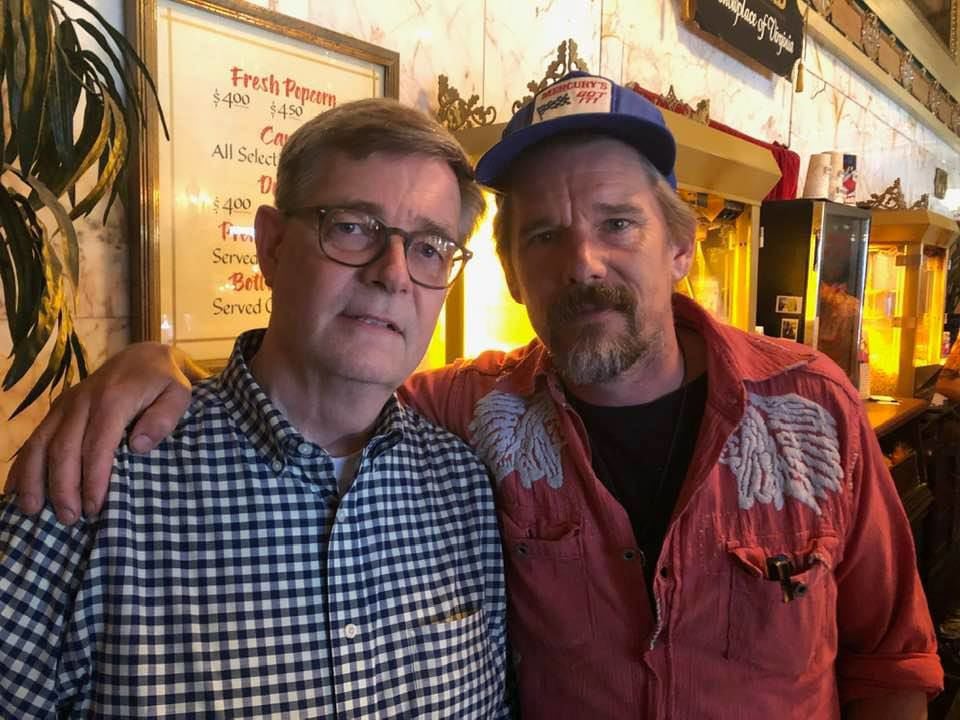 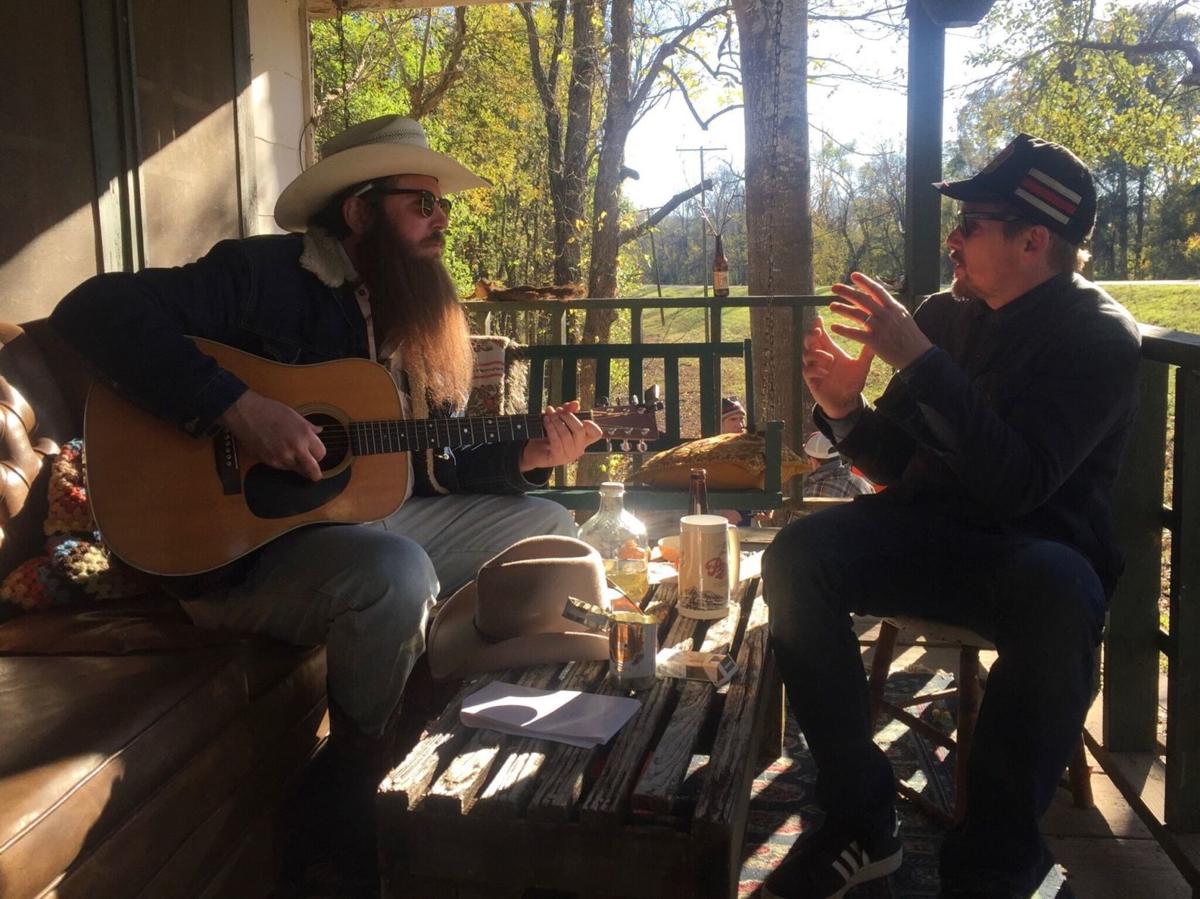 Ethan Hawke will attend a screening of his film “Blaze” at The Byrd Theatre. 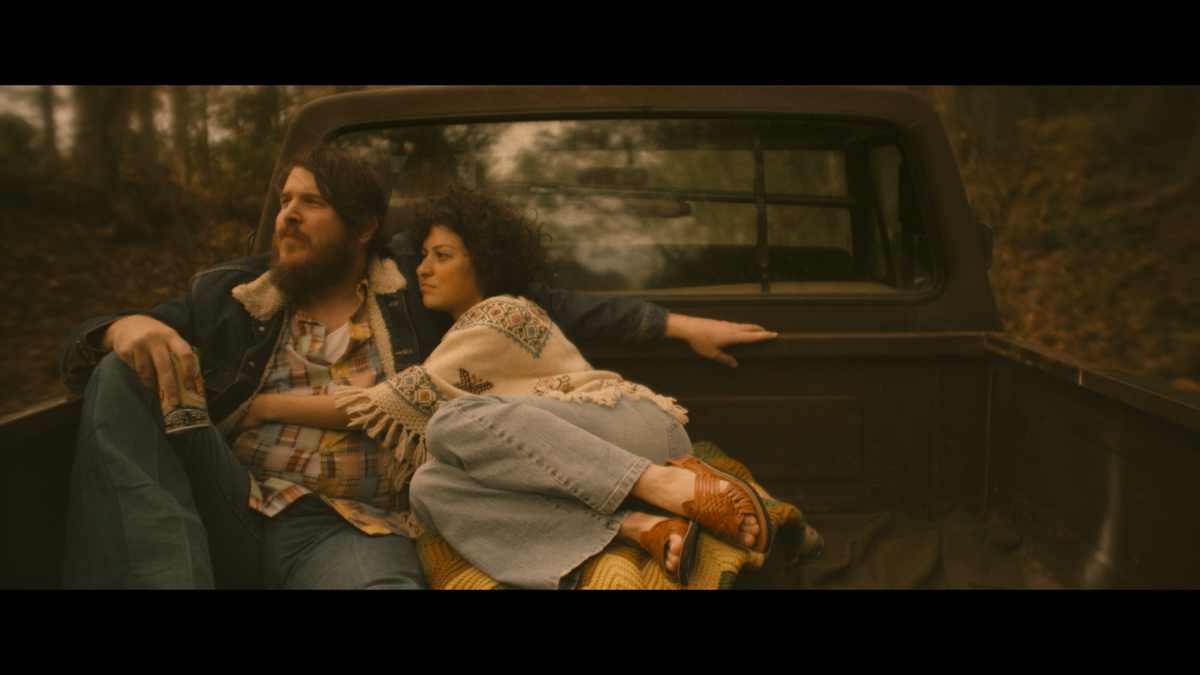 “Blaze” is a movie inspired by the life of Blaze Foley, a relatively unknown Texas songwriter who inspired country greats like Merle Haggard and Willie Nelson.

If you’ve wanted to meet Ethan Hawke while he’s in town filming “The Good Lord Bird,” here’s your chance.

On Sunday, Oct. 6, he’ll screen his movie “Blaze,” a biopic about relatively unknown country legend Blaze Foley, at the Byrd Theatre followed by a Q&A session with the actor-director.

Foley was an Austin, Texas, singer-songwriter who inspired everyone from Merle Haggard to Willie Nelson with his haunting tunes, such as “Clay Pigeons” and “If I Could Only Fly.”

But Blaze never met commercial success. And most people don’t know who he is.

That is sort of the point of the movie: to introduce Blaze to a whole new generation.

“I first heard of him when I heard John Prine’s cover of the song ‘Clay Pigeons,’ and I thought it was one of the best country songs I’ve ever heard,” Hawke said during a phone interview in Richmond.

Hawke directed the film, which debuted at the Sundance Film Festival last year.

“Blaze” is different from most biopics, which are, by their nature, about famous people and how they deal with fame, which can be “a giant yawn,” in Hawke’s words.

“I wanted to make a movie about creativity,” Hawke said. “The life of most artists is one of being met with absolute indifference. I wanted to write about how creativity alone can have value.”

Blaze is played by Ben Dickey, a singer-songwriter friend of Hawke’s who also struggled as a musician.

“The music world is a tough business. I watched his band almost break apart. His dream took a real beating,” Hawke said. “I sort of wrote the movie for him.”

Hawke co-wrote the movie with Sybil Rosen, who fell in love with Blaze when she was young and carefree and they were living in a treehouse. She wrote a memoir about their experience, which provided a basis for the movie.

But their idyllic life didn’t last. Although a gifted songwriter, Foley was also a drunk and a drug addict. He was shot and killed when he was 39.

Hawke describes the movie as a sort of “country-western opera,” set to the score of Foley’s songs.

“I can’t wait to see Blaze’s songs against the backdrop of the Byrd Theatre,” Hawke said. “I’m hoping it will cast its spell.”

The cast and crew had a screening of Clint Eastwood’s classic Western “Unforgiven” at the Byrd to help set the tone for the production, a technique Hawke learned from filmmaker Richard Linklater, who directed him in “Boyhood” and “Before Sunrise.”

“There is something about the Byrd, when the organist rises up from the floor; your brain just goes back in time. I can’t help but think about all the different movies that have played there,” Hawke said.

Since the summer, Hawke has been living in the Fan District with his kids and wife Ryan Hawke, who is serving as executive producer on “The Good Lord Bird,” a role she also held on “Blaze.”

When they’re not busy on the set of “The Good Lord Bird,” which has been filming in Powhatan, Petersburg and downtown Richmond, the Hawke family has been exploring the city.

A few favorites include the Richmond Jazz Festival where they caught a performance by Jill Scott, the nearby Virginia Museum of Fine Arts and the river at Pony Pasture.

And, of course, the Byrd, where Hawke will host “Blaze.”

His daughter Maya Hawke, who created quite a stir this summer with her role on Netflix’s “Stranger Things,” might moderate the Q&A session if she’s still in town, Hawke said.

Interview with Ethan Hawke on filming “The Good Lord Bird” in Virginia, premiering Oct. 4 on Showtime

We chatted with Hawke about the series, what drew him to the character of John Brown, what it was like filming in Virginia and what were some of his favorite Richmond hang-out spots (hint: he loved Kuba Kuba and the Richmond Jazz Festival).

Ethan Hawke will attend a screening of his film “Blaze” at The Byrd Theatre.

“Blaze” is a movie inspired by the life of Blaze Foley, a relatively unknown Texas songwriter who inspired country greats like Merle Haggard and Willie Nelson.