Indie film 'Tapawingo' starring Jon Heder and Billy Zane to film in Hopewell, Petersburg and Richmond this summer
0 Comments
Share this
1 of 2 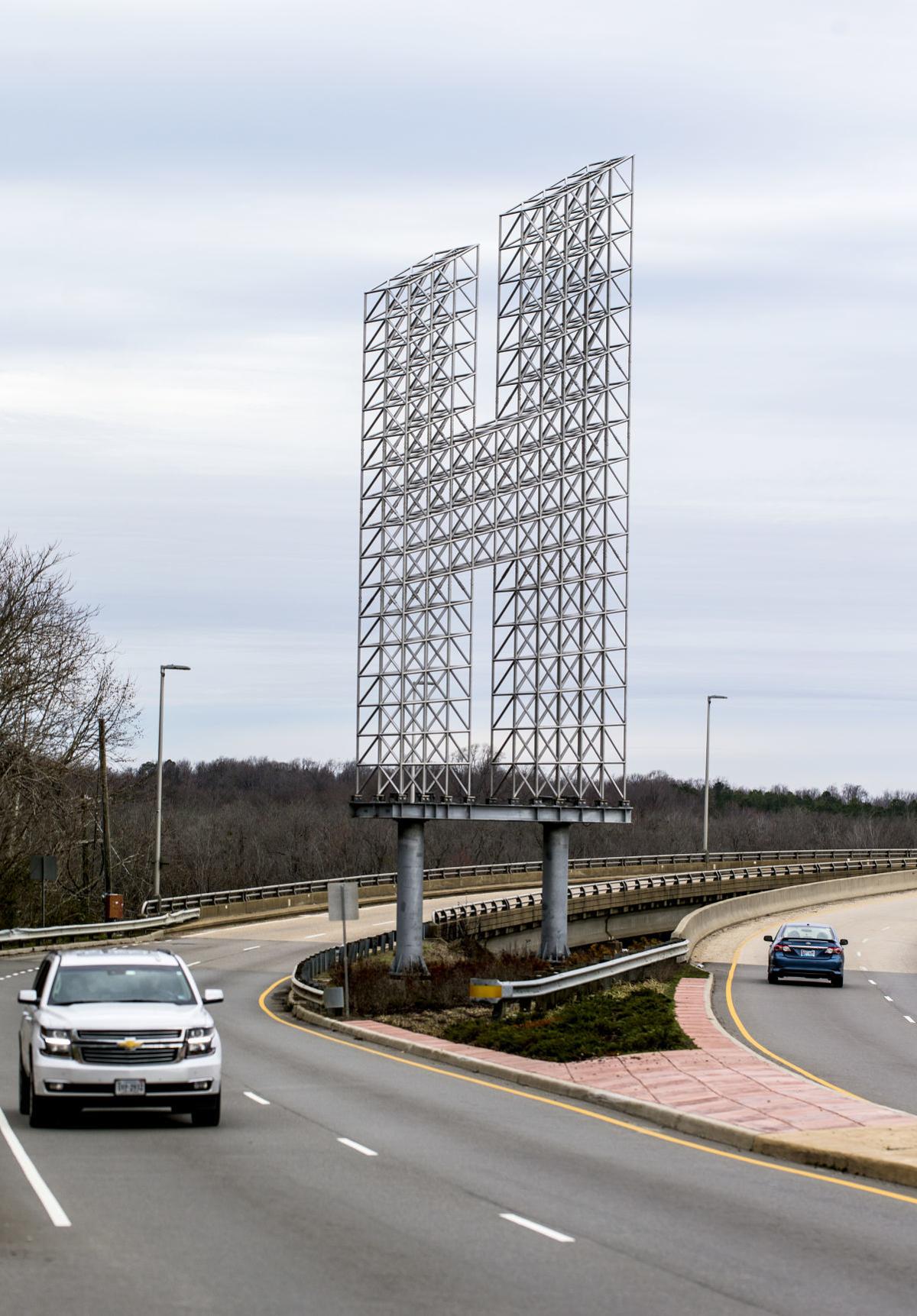 'H' sculpture is located over the Appomattox River Bridge at the entrance of the City of Hopewell. 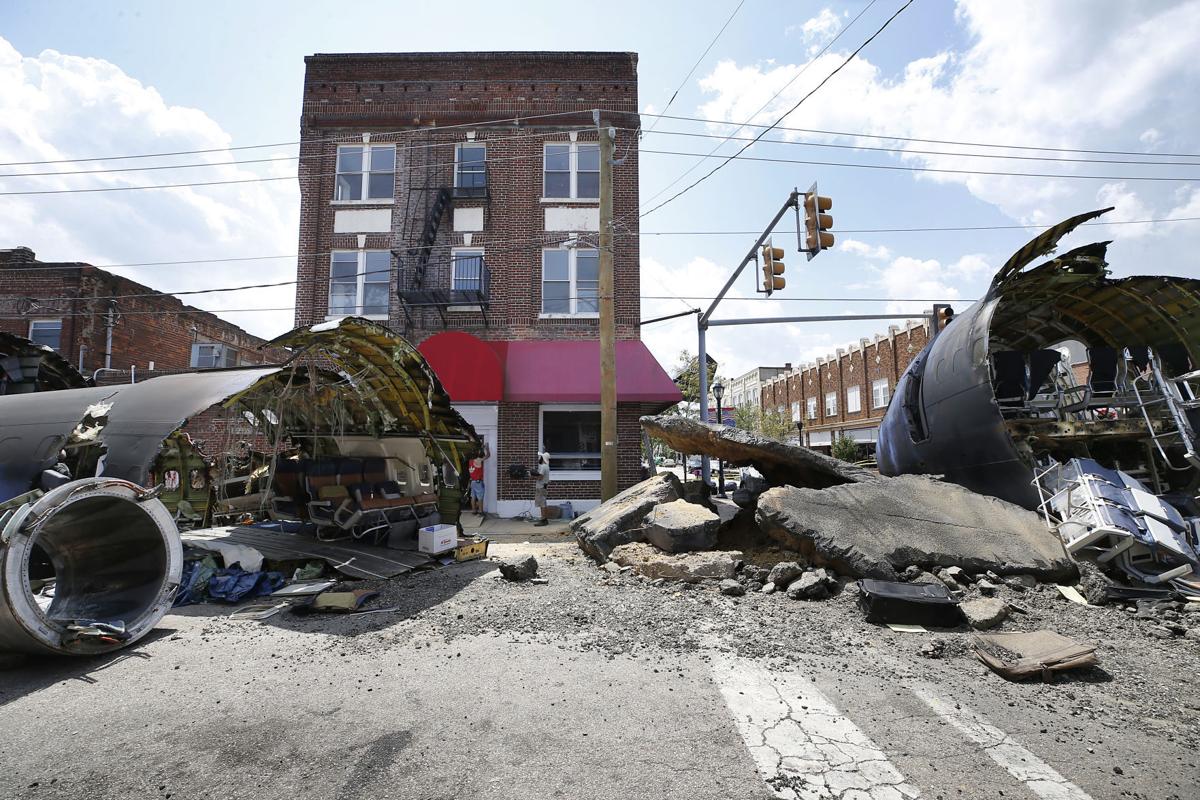 Plane parts and crashed cars were set up in Downtown Hopewell where “The Walking Dead” spinoff will be filmed Friday, August 9, 2019.

“Tapawingo,” an independent film starring Jon Heder and Billy Zane, will be filming in Hopewell this summer, as well as locations in Petersburg and Richmond.

“Tapawingo” will tell a coming-of-age story about a “listless oddball who becomes the unlikely bodyguard for a misfit teenager and finds himself in the crosshairs of the town’s family of bullies,” according to a release from Gov. Ralph Northam’s office.

Heder is best known for “Napoleon Dynamite” and “Blades of Glory,” and Zane is from “Titanic” and “Dead Calm.” The film will also star Kim Matula of “The Bold and the Beautiful,” Amanda Bearse of “Married...With Children” and Blake Clark from “Home Improvement.”

The indie film joins three other major projects that have been filming in central Virginia recently, including “Dopesick,” “The Walking Dead: World Beyond” and “Swagger.” Those projects have injected more than $120 million to the economy over a nine-month period, according to Brian Ball, Virginia’s secretary of commerce and trade.

“This industry continues to create high-paying jobs and generate instant revenue for Virginia businesses large and small,” he said.

“Tapawingo” will be eligible to receive Virginia film tax credits, but the exact amount will depend on information including the number of Virginia workers hired and Virginia goods and services purchased, and deliverables, including Virginia tourism promotions, according to a news release.

Hopewell has also served as the filming location for the Daniel Radcliffe film “Imperium,” the Oscar-nominated film “Loving” and the seventh season of Showtime’s “Homeland.”

“The Town of Hopewell has been unwavering in its support and hospitality,” said Dylan K. Narang, director of “Tapawingo,” in the release. “It is the perfect spot for our movie, and everyone we have talked to has bent over backwards to help us get this movie made. I can’t thank the people of Hopewell and Virginia enough for making my decision to film here an easy one.”

“This industry was one of the first to stimulate our hardest-hit sectors like hospitality during the past year’s challenges, and we are thrilled about the continued support these resilient projects provide,” said Andy Edmunds, director of the Virginia Film Office.

Before his blockbuster Founding Fathers remix “Hamilton,” Lin-Manuel Miranda burst onto the scene with his Tony-winning ode to his hometown, t…

All pairs on this list have the same basic plot once you strip away the details.

Movie review: “Censor” a bold artistic statement, inspired by history of its own genre

In her daring feature debut, “Censor,” writer-director Prano Bailey-Bond crafts a multilayered and meta piece of filmmaking that uses cheapie …

'In the Heights,' 'The Fast & Furious' franchise, and worst final films, all on the latest 'Just to Be Nominated' podcast!

The hosts of the 'Just to Be Nominated' podcast talk 'In the Heights,' recommend films that 'Fast & Furious' heads would love, take a dip into entertainment news, and more!

Titles can drastically change how a film is perceived by audiences. Take, for example, “Do Androids Dream of Electric Sheep?” in place of “Blade Runner” or “The Lunch Bunch” over “The Breakfast Club."

'H' sculpture is located over the Appomattox River Bridge at the entrance of the City of Hopewell.

Plane parts and crashed cars were set up in Downtown Hopewell where “The Walking Dead” spinoff will be filmed Friday, August 9, 2019.