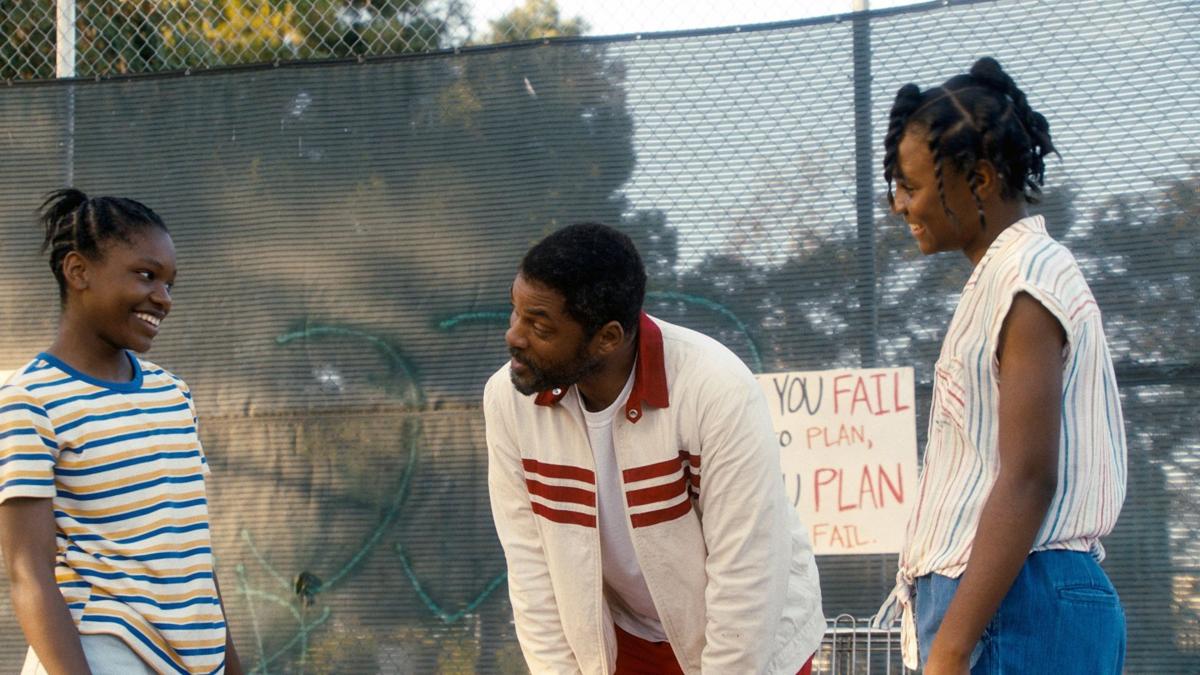 In “King Richard,” Richard Williams (Will Smith) is on a mission to raise his daughters Serena (Demi Singleton, left) and Venus (Saniyya Sidney) to be tennis champions. 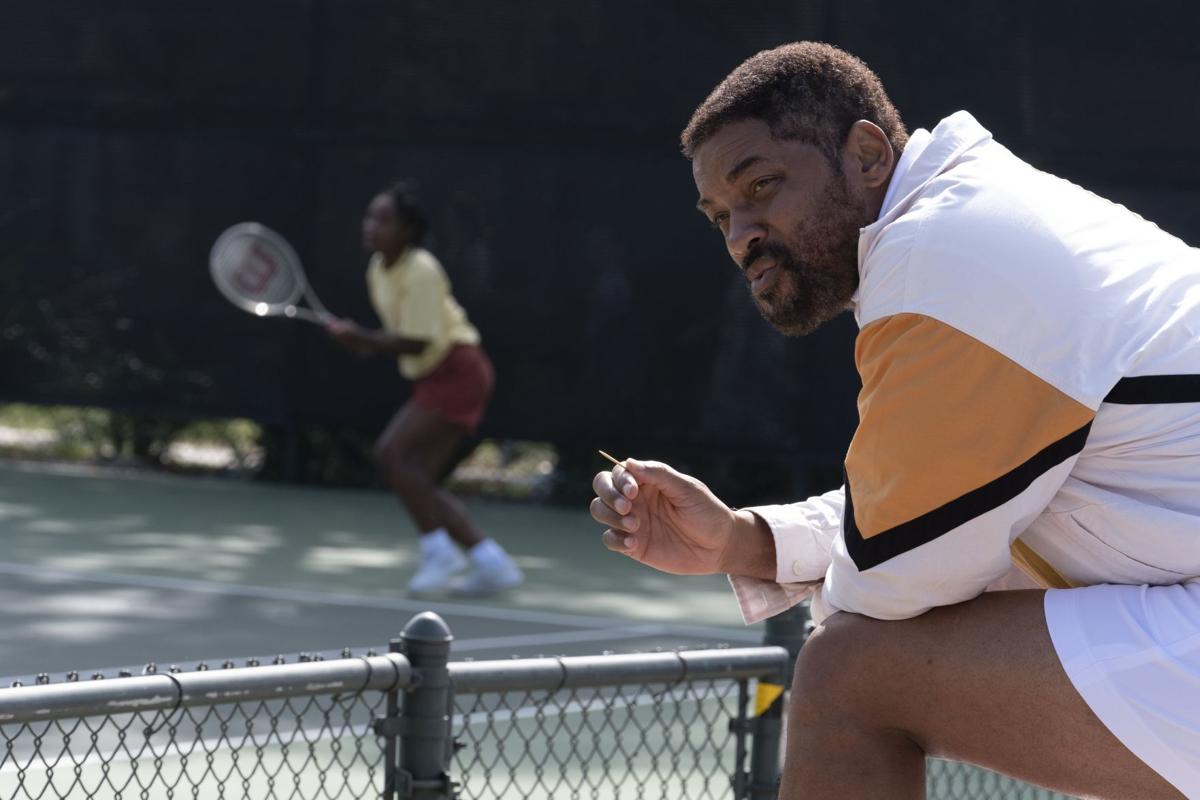 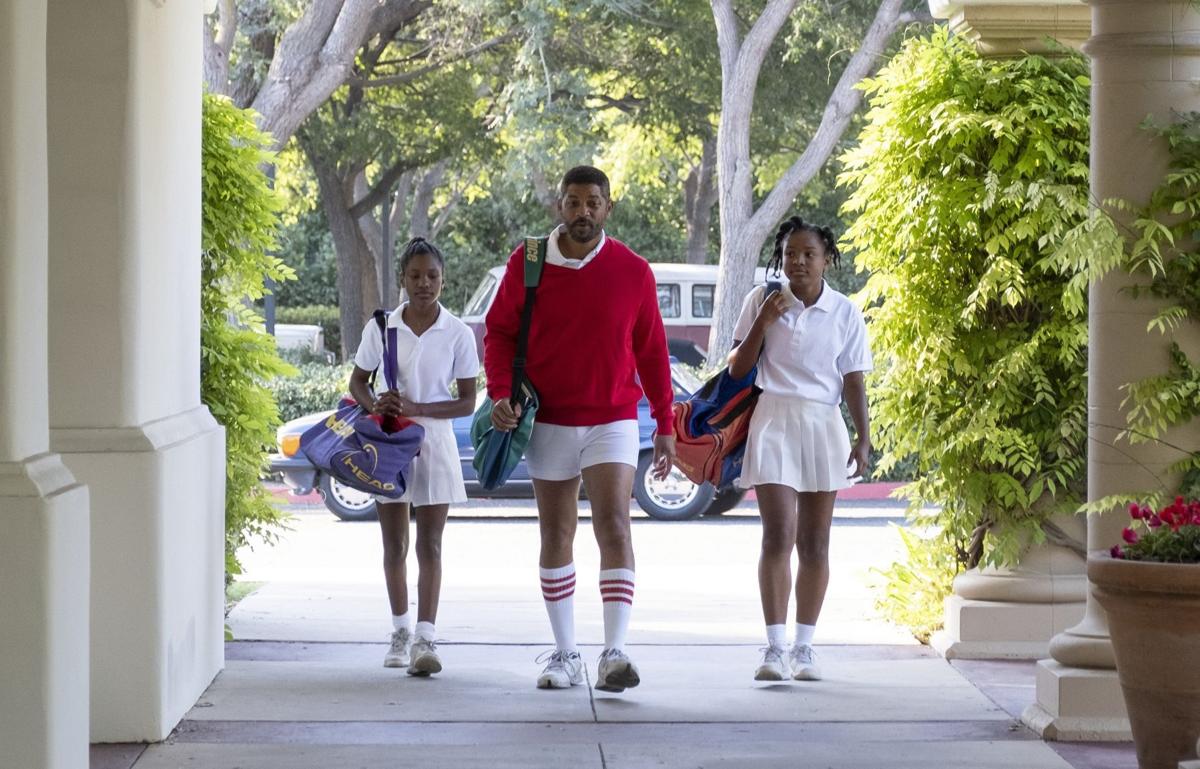 By Moira Macdonald The Seattle Times

There’s a lovely pair of sounds that you hear throughout “King Richard,” Reinaldo Marcus Green’s endearing film about the upbringing of tennis champions Venus and Serena Williams: a thwock, of a tennis ball perfectly meeting a racket’s strings, and a gasp, from the hardworking athlete swinging that racket.

The film is full of tennis matches that feel thrilling, even to viewers who aren’t tennis fans, and those two noises become the jazz of its soundtrack; a constant reminder of the effort and precision required by this sport, and of how satisfying a perfectly placed tennis shot can be.

But “King Richard” isn’t just a sports movie, though it’s a very good one; at its old-school heart, it’s about a family with a dream. Richard Williams (Will Smith) was a man obsessed with the idea of raising his two youngest daughters, Venus (Saniyya Sidney) and Serena (Demi Singleton), as tennis champions. With the support of his wife, Oracene (Aunjanue Ellis), and their three other daughters, Richard trained Venus and Serena tirelessly on the public court near their modest home in Compton, Calif., and talked up their skills to anyone who would listen, even printing up and distributing a promotional brochure.

A security guard by night, by day, “I’m in the champion-raising business,” he says, and he won’t take no for an answer. “You are the most stubborn person I’ve met in my life,” says Paul Cohen (Tony Goldwyn), the girls’ first professional coach, “and I’ve coached McEnroe.”

Though we’re shown at least one neighbor who raised eyebrows at Richard’s methods (the girls practiced every day, even in the pouring rain), the movie clearly comes down on the side of Richard as loving father, inspirational coach and dedicated family man. (The real-life Venus and Serena lent their names to the film as executive producers, after waiting to see the final product.) Smith, in a terrific performance, plays him as a man who wears constant chatter as a jacket; a charmer who knows he’s right and will walk through whatever fire is necessary to prove it; and a husband and father who lights up in the presence of his girls.

And those girls are indeed a light: Sidney and Singleton show giggly chemistry as sisters and coltish joy on the tennis courts. Just try not to smile at a scene in which Sidney’s Venus, after winning a key match, stares at herself in the mirror and busts out a grin as big as the arena.

“King Richard,” though perhaps a tad overlong, is as irresistible as the young legends at its center; you watch with pleasure, thinking of the many future champions it might inspire.

This Thanksgiving weekend is offering a box office feast with two genres that have been lacking on the menu so far this year: family movies and non-franchise films aimed at adults.

Everything in “House of Gucci” is over the top. The accents. The performances. The fashion. The settings. The runtime. The music. The greed. T…

Mirabel is extraordinary, in that when it comes to her family, she is totally normal.

Here's a list of films set to premiere this holiday season through Jan. 28.

Tom Hanks’ best acting partner may be an inanimate object.

In “King Richard,” Richard Williams (Will Smith) is on a mission to raise his daughters Serena (Demi Singleton, left) and Venus (Saniyya Sidney) to be tennis champions.