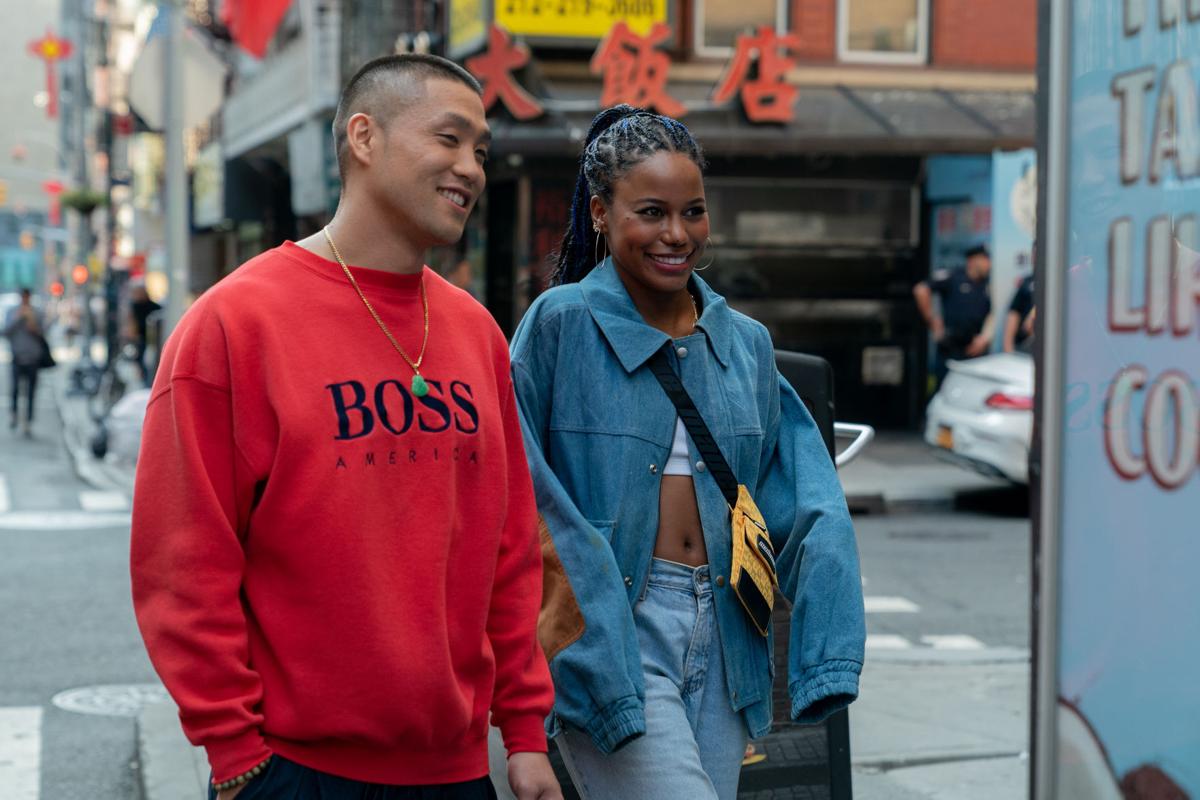 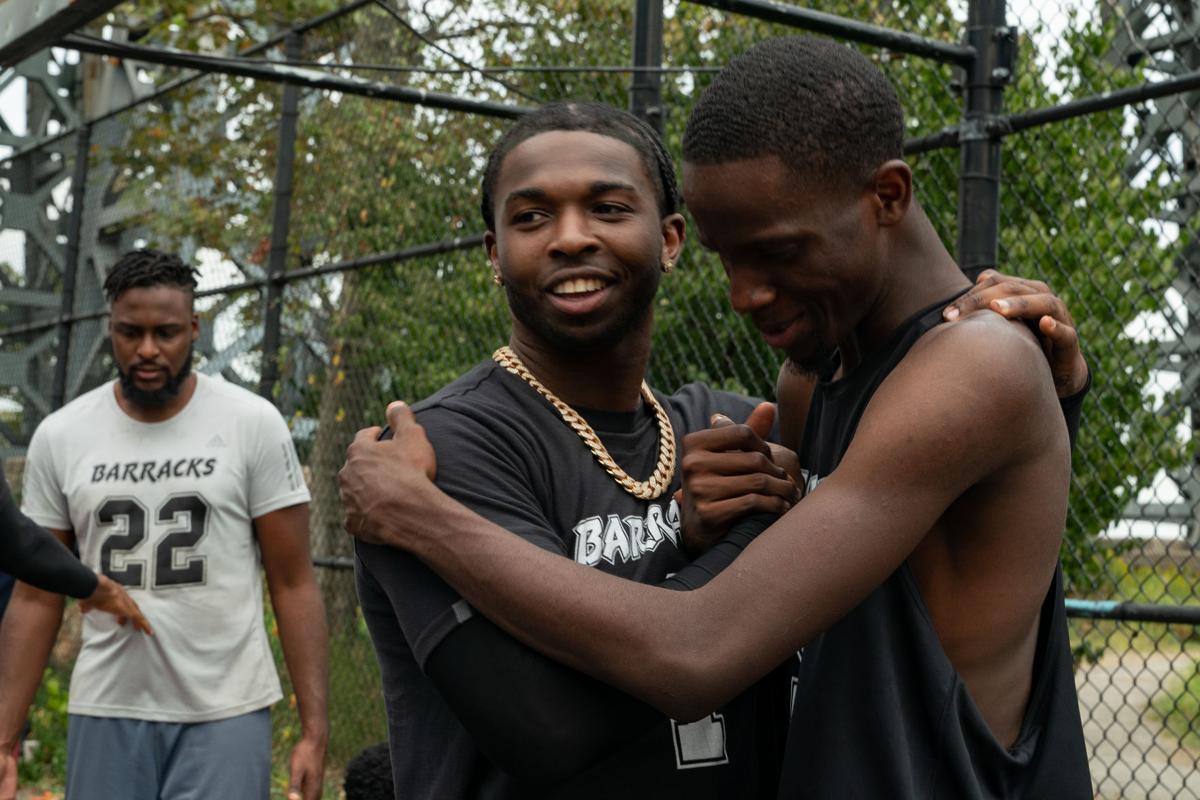 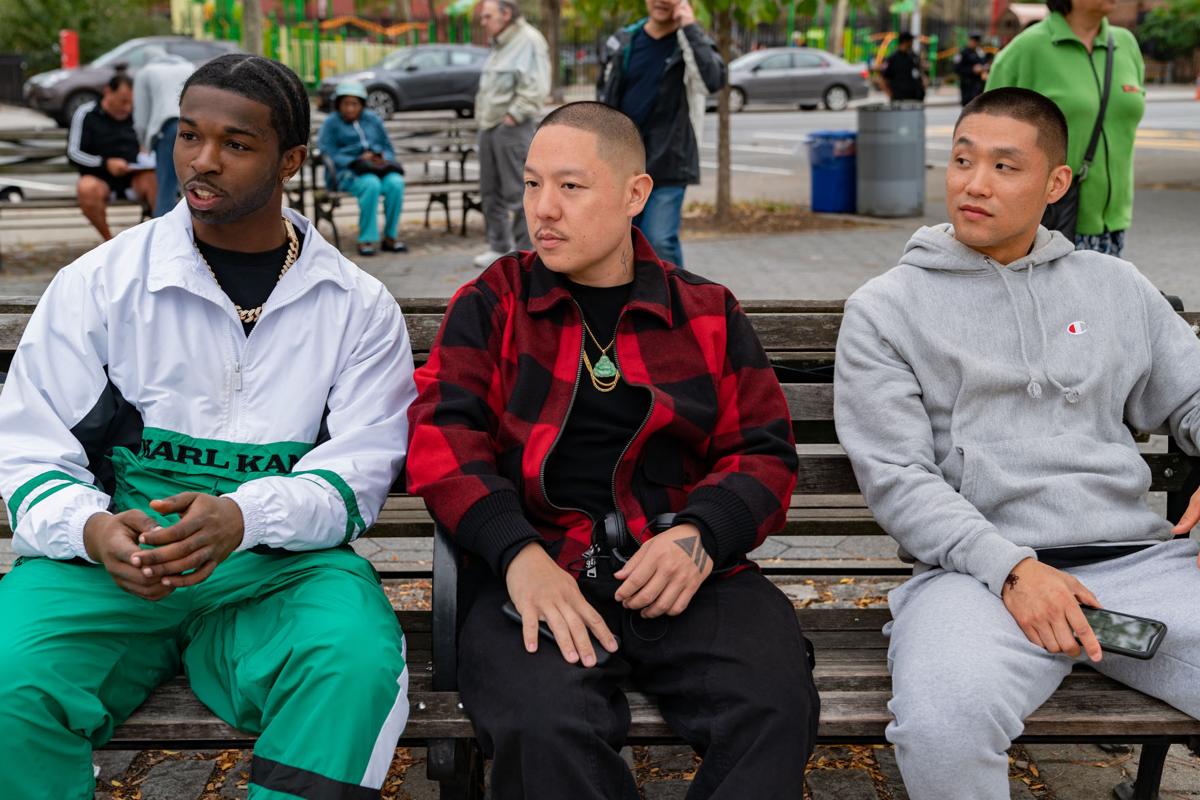 Author, TV host, restaurateur, designer, attorney and general Renaissance man Eddie Huang has another title to add to the list: director. The author of the memoir “Fresh Off the Boat,” which was adapted into the popular TV sitcom, makes his feature directorial debut with the coming-of-age basketball drama “Boogie,” starring newcomer Taylor Takahashi in his first film role.

While “Boogie” has much of Huang’s urban Asian American style and swagger, the script is, unfortunately, a missed shot.

The story follows Alfred “Boogie” Chin (Takahashi), a gifted Chinese American basketball player in Queens, N.Y., who has dreams of the NBA. But for much of the film, it’s hard to tell if the NBA is Boogie’s dream or that of his father (Perry Yung), who is recently released from prison and obsessed with Chinese American sports greatness.

It’s late in the film, after Boogie is asked point-blank, when he admits the NBA is his dream, an unconvincing moment at best.

We don’t know much of what Boogie wants or desires, other than Eleanor (a magnetic Taylour Paige), the alluring girl in his English class at his new school, City Prep, where he’s transferred in hopes of high school basketball greatness manifesting into a college scholarship.

When Eleanor asks him, “What else are you into?” (other than her), Boogie responds, “Dominoes.” His explanation doesn’t tell us much more than that.

This thin, surface-level and sometimes abrasive characterization makes Boogie a protagonist who’s hard to root for. Takahashi is an interesting performer, but he doesn’t have the chops or charisma to carry an entire film quite yet.

The character of Boogie is merely a cipher within this formulaic story. The standard sports movie structure has been haphazardly assembled, then filled with rote emotional beats, awkward exposition dumps and slangy, rapid-fire comedic lines that aren’t given enough room to land.

Laid on top of that is the Chinese American experience. The cultural touchstones that Huang deploys clearly do come from a place of authentic experience, but most of these representations are utilized without fresh insight or interrogation.

On the bright side of “Boogie,” the cityscapes soundtracked to modern hip-hop are fun and stylish, evoking a sense of place far richer than the characterizations of the people within this environment.

The supporting actors are fantastic, especially Paige, who oozes sheer star power (she has a small but memorable role in “Ma Rainey’s Black Bottom” and is soon to star in “Zola”), but have to do much heavy lifting to make Boogie seem compelling.

Whenever rapper Bashar “Pop Smoke” Jackson is on screen, as the antagonist Monk, his presence is undeniable; his performance is both an exciting discovery and a wrenching reminder of his loss (he was slain in a February 2020 home invasion).

It’s hard not to keep scouting the sidelines for the more interesting characters, like Eleanor or Monk or Boogie’s friend Richie (Jorge Lendeborg Jr.), to find someone to connect with.

Even the bright spots remind us that the story issues wouldn’t matter if we knew or cared about our hero more.

It’s unfortunate that a film with such a unique character, point of view and premise ultimately ends up feeling lightweight, insignificant and, ultimately, disappointing.

Rated: R (for language throughout including sexual references, and some drug use)

Movie review: 'Moffie' tells a brutal coming-of-age story about the eradication of feeling

South Africa, 1981. A few teenage soldiers, tanned, blond, just out of boyhood, enjoy a rare night out with a few female companions. Michael (…

Movie review: A-list cast let down by flimsy script in 'Every Breath You Take'

While watching “Every Breath You Take,” a domestic potboiler with a story ripped straight from a Lifetime movie, there’s really only one quest…

Will the Oscars be a 'who cares' moment as ratings dive?

Awards shows have suffered since the coronavirus shuttered theaters and shut down live performances. But the ratings slide for awards nights began well before COVID-19 took over.

It didn’t take “Barb and Star Go to Vista Del Mar” long to get to the DVD market.

REVIEW: 'Godzilla vs. Kong' makes you want to go to a theater

King Kong breaks the glass ceiling in “Godzilla vs. Kong.” He also reveals how sworn enemies can join forces when bigger threats are at play.

Last Monday, David Crank, 61, was watching the Oscar nominations with his parents in their Bon Air kitchen when he found out he’d been nominat…

What do the Screen Actors Guild awards mean for the Oscars? The latest 'Just to be Nominated' podcast is here to help!

'Just to be Nominated' is hosted and produced by Chris Lay, the podcast operations manager for Lee, along with Bruce Miller, the editor of the Sioux City Journal, and Jared McNett, a reporter for the Globe Gazette in Mason City, Iowa.

Fans must have felt they waited too long to see “Wonder Woman 1984.” They were more than open with their criticism, suggesting it lacked plenty and didn’t live up to the first film.

“French Exit” raises an “end-of-life” conversation but it never gets past the introductions.

Godzilla vs. Kong: A functional morphologist uses science to pick a winner

Hollywood has picked a winner, but what does the science say?