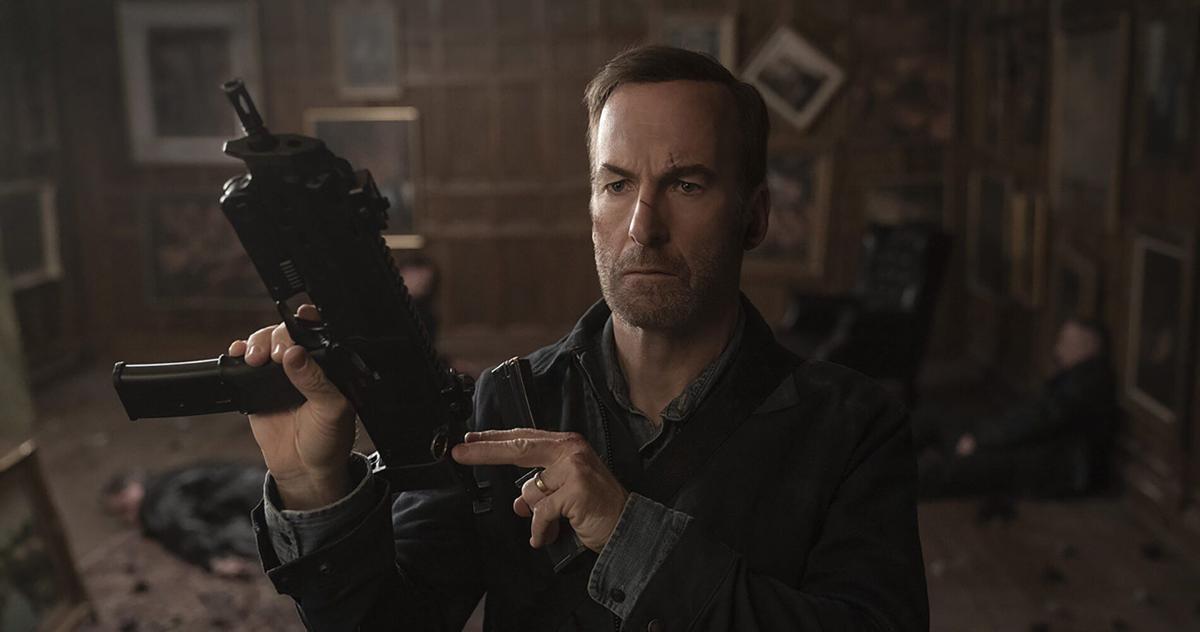 In “Nobody,” Hutch (Bob Odenkirk), an underestimated dad and spouse, looks for trouble after a home invasion. 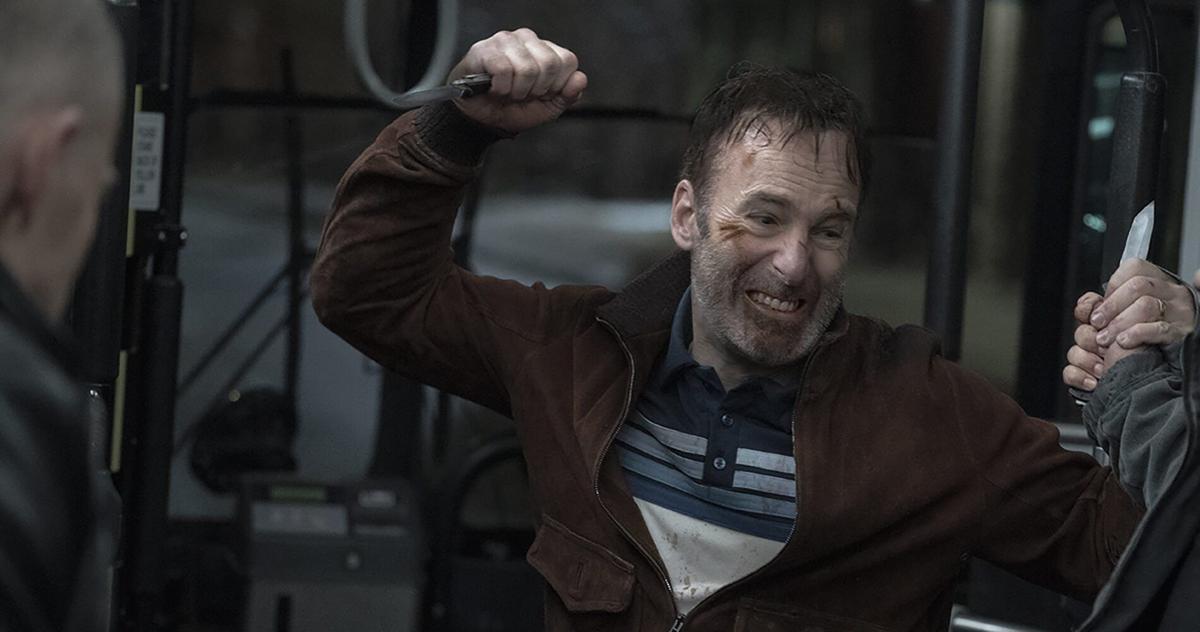 Bob Odenkirk stars as Hutch Mansell, an underestimated and overlooked dad and husband, taking life’s indignities on the chin and never pushing back. A nobody.

But in Ilya Naishuller’s nasty little dadsploitation action flick, “Nobody,” that moniker can have a loaded meaning. Hutch feels like a nonentity in his own life, beaten down by the ennui of routine — cowed by his own reluctance to violently engage a few burglars, which garners ridicule from his family, friends and the beat cop who takes his statement.

“Nobody” is a riff on the “John Wick” model, which makes sense, because it’s written by “John Wick”-screenwriter Derek Kolstad, who’s had some fun with the formula, adapting it for comedian-turned-dramatic actor Odenkirk.

While the highly trained assassin Wick was spurred to action by the loss of his pup, for Hutch, it’s a “kitty cat bracelet” that he assumes the burglars took. Perhaps it’s because his young daughter (Paisley Cadorath) is the only person who deigns to give her father attention, but one plaintive request for the kitty cat bracelet, and suddenly, the seemingly beta Hutch is spoiling for all kinds of trouble.

He finds some, in gruesome fashion, on a city bus, and it turns out that one of the obnoxious young drunkards he’s rendered immobile with a broken pole is the brother of local Russian mob berserker Yulian (Alexey Serebryakov). When Hutch went looking for trouble, he was not expecting this particular scale of it (“well-funded and sociopathic,” as Yulian is described). But he has a very specific set of skills that come from his top-secret past as an “auditor for the three-letter agencies,” and a file with such gruesome details that it inspires Yulian’s hired hacker to quit with a swift, “I’m out; no need to pay.”

In 2013, Naishuller directed a bloody POV-style music video for his band, Biting Elbows, which inspired his directorial debut, the clever POV action movie “Hardcore Henry.” With this more traditional action flick, Naishuller demonstrates his chops for shooting fight and action scenes, as well as the kind of ruthlessly efficient cinematic storytelling that best fits a film like this.

The rapid-fire edit lends a sense of cheekiness, and Naishuller shows off his musical talent and ability to master mood with sound, speed and music; the soundtrack of standards, jazz, soul and rock is a big part of the storytelling and the film’s impish tone.

Lean, mean and brutish, “Nobody” is best enjoyed as the juicy piece of pulp that it is. But Odenkirk, stepping into an action hero role for the first time, brings a sense of dolefulness and rue to this performance. Hutch’s character arc is fascinating, because his turn to violence doesn’t necessarily render him virile, but vulnerable, which allows him to connect to his family, and himself.

“I got emotional,” he explains about one of his bombastic acts. Opening up means risking a body count, but staying closed off killed Hutch’s soul. Nobody can stand that.

Rated: R (for strong violence and bloody images, language throughout and brief drug use)

Movie review: 'Moffie' tells a brutal coming-of-age story about the eradication of feeling

South Africa, 1981. A few teenage soldiers, tanned, blond, just out of boyhood, enjoy a rare night out with a few female companions. Michael (…

Movie review: A-list cast let down by flimsy script in 'Every Breath You Take'

While watching “Every Breath You Take,” a domestic potboiler with a story ripped straight from a Lifetime movie, there’s really only one quest…

Will the Oscars be a 'who cares' moment as ratings dive?

Awards shows have suffered since the coronavirus shuttered theaters and shut down live performances. But the ratings slide for awards nights began well before COVID-19 took over.

It didn’t take “Barb and Star Go to Vista Del Mar” long to get to the DVD market.

REVIEW: 'Godzilla vs. Kong' makes you want to go to a theater

King Kong breaks the glass ceiling in “Godzilla vs. Kong.” He also reveals how sworn enemies can join forces when bigger threats are at play.

Last Monday, David Crank, 61, was watching the Oscar nominations with his parents in their Bon Air kitchen when he found out he’d been nominat…

What do the Screen Actors Guild awards mean for the Oscars? The latest 'Just to be Nominated' podcast is here to help!

'Just to be Nominated' is hosted and produced by Chris Lay, the podcast operations manager for Lee, along with Bruce Miller, the editor of the Sioux City Journal, and Jared McNett, a reporter for the Globe Gazette in Mason City, Iowa.

Fans must have felt they waited too long to see “Wonder Woman 1984.” They were more than open with their criticism, suggesting it lacked plenty and didn’t live up to the first film.

“French Exit” raises an “end-of-life” conversation but it never gets past the introductions.

Godzilla vs. Kong: A functional morphologist uses science to pick a winner

Hollywood has picked a winner, but what does the science say?

In “Nobody,” Hutch (Bob Odenkirk), an underestimated dad and spouse, looks for trouble after a home invasion.

Bob Odenkirk stars as Hutch Mansell, an underestimated and overlooked dad and husband, taking life’s indignities on the chin and never pushing back. A nobody.