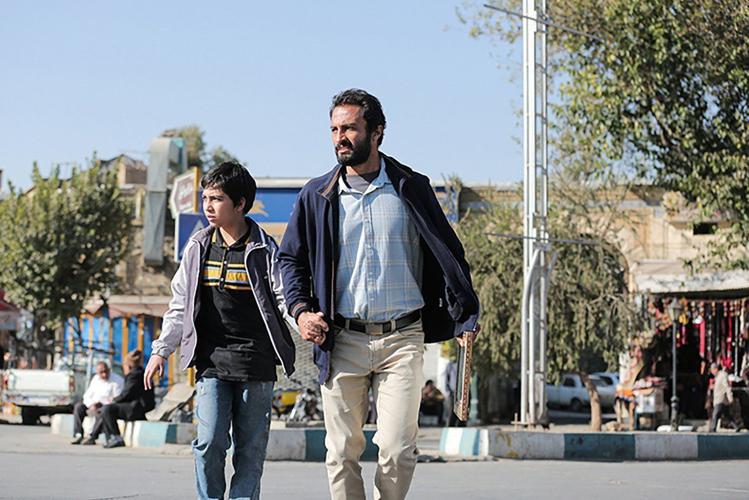 Anir Jadidi (right) and Saleh Karimai star in “A Hero,” in which debt and lies mount. It hits Amazon Prime on Jan. 21. 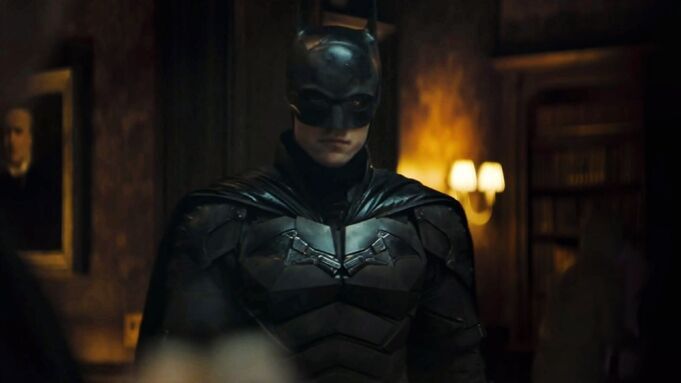 Despite the omicron variant making everyone’s lives more difficult than anticipated this winter, movies are still expected to come out at their regularly scheduled clip.

Here are a slew of titles cinephiles can expect to see make their debut from now through the beginning of spring (release dates are subject to change):

“Brazen” (Netflix): Famed mystery novelist Grace is drawn into a real-life investigation when her sister is killed. The film, based on the novel “Brazen Virtue” by Nora Roberts, is directed by Monika Mitchell and stars Alyssa Milano and Sam Page.

“Scream” (theaters): The fifth installment in the “Scream” franchise features a new killer hiding behind a Ghostface mask as Sydney Prescott returns to stop his killing rampage. This is the first “Scream” not to be directed by Wes Craven, who died in 2015. Directed by Matt Bettinelli-Olpin and Tyler Gillett, and starring Neve Campbell, Courtney Cox, David Arquette, Melissa Barrera and Jenna Ortega.

“A Hero” (Amazon Prime Video): Things don’t go as planned when Rahim tries to use his two-day prison leave to persuade his creditor to waive part of the debt he owes. This Iranian film was written and directed by Asghar Farhadi.

“The Ice Age Adventures of Buck Wild” (Disney+): In this spinoff of the “Ice Age” franchise, possum brothers Crash and Eddie team up with weasel Buck Wild in an effort to save the Lost World from being dominated by dinosaurs. The voice cast includes Simon Pegg, Utkarsh Ambudkar and Vincent Tong.

“Jackass Forever” (theaters): Johnny Knoxville, Steve-O and the rest of the “Jackass” crew are back for this fourth (and possibly final) film in a series that has prided itself on presenting audiences with increasingly ridiculous and dangerous stunts and challenges.

“Moonfall” (theaters): Director Roland Emmerich is up to his usual disaster-film tricks in this flick about a group of astronauts trying to save Earth from a threat posed by its own moon. Starring Halley Barry, John Bradley and Patrick Wilson.

“Marry Me” (theaters, Peacock): When she learns her boyfriend has been unfaithful, pop star Kat Valdez decides to do something crazy and declare that she will marry a stranger holding a “Marry Me” sign at one of her concerts. Directed by Kat Coiro and starring Jennifer Lopez, Owen Wilson, John Bradley and Sarah Silverman.

“I Want You Back” (Amazon Prime Video): After being dumped by their significant others, Peter and Emma decide their next move is to sabotage their exes’ new relationships and try to win them back. Directed by Jason Orley and starring Jenny Slate, Charlie Day, Gina Rodriguez and Scott Eastwood.

“Uncharted” (theaters): This prequel to the popular video game series reveals the origins of a young Nathan Drake’s friendship with Victor “Sully Sullivan” as they embark on a globe-spanning quest for a hidden treasure. Tom Holland steps into the role of Drake in this Ruben Fleischer-directed film that also stars Mark Wahlberg, Sophia Ali and Antonio Banderas.

“Dog” (theaters): An Army ranger is put in charge of transporting a military dog down the Pacific Coast to attend her handler’s funeral. Directed by Channing Tatum and Reid Carolin and starring Tatum, Kevin Nash, Jane Adams and Bill Burr.

“The Devil’s Light” (theaters): A nun desperate for a chance to perform an exorcism gets more than she bargains for. Directed by Daniel Stamm and starring Jacqueline Byers, Virginia Madsen and Ben Cross.

“Who We Are: A Chronicle of Racism in America” (theaters): Lawyer Jeffrey Robinson chronicles a long history of anti-Black racism in the United States in this documentary from directors Emily and Sarah Kunstler.

“The Outfit” (theaters): A Chicago tailor is inadvertently thrust into the fight of his life when his gangster clientele get him involved in a fraught situation. Directed by Graham Moore and starring Mark Rylance, Zoey Deutch and Dylan O’Brien.

“The Batman” (theaters): The Caped Crusader’s latest big-screen adventure involves a younger version of the titular character taking on The Riddler and other unseemly elements of Gotham City’s criminal underbelly. Robert Pattinson dons the Batman cowl in this Matt Reeves-directed film that also stars Zoe Kravitz.

“Turning Red” (theaters): Pixar’s latest follows Mei Lee, a 13-year-old who has to navigate adolescence and that she turns into a giant red panda whenever she gets too excited or stressed. The voice cast includes Sandra Oh, Rosalie Chiang and Jordan Fisher.

Will Brad Pitt's new movie "Bullet Train" be a blockbuster or bust?

Dustin Hoffman turns 85 today. A look at his life and career, in photos

Happy 85th birthday, Dustin Hoffman. Take a look back through the award-winning actor's career, in photos.

Watch the iconic moments from the life and career of Olivia Newton-John, plus a collection of photos of the star through the years.

For those who didn’t get the chance to see “Pam & Tommy” when it premiered on Hulu, now’s the time. Coming next week to the DVD market, it’ll give you a chance to see the eye-popping nudity and the untamed world of Pamela Anderson and Tommy Lee.

Hitchcock vs. Spielberg: How the legendary directors stack up

Hollywood icons joined fans worldwide to mourn the loss of Olivia Newton-John, the Australian singer and "Grease" star, who died Monday at her ranch in Southern California at age 73.

A possible antidote to these mean, fractious times might be an animated, 1-inch-tall shell with a googly eye, a funny voice and a sweet disposition.

REVIEW: Despite all the saccharine, 'Mrs. Harris' offers smiles

"I've been doing a lot of thinking": In a new video, Will Smith breaks his silence over his slap of Chris Rock on the Oscars stage.

Our favorite movies of 2022, 'Crawdads' reactions and a look at 'Nope,' 'The Gray Man' | Streamed & Screened podcast

🎧 Get a preview of "Nope" and "The Gray Man" as well as a list of our favorite movies of 2022 so far on the Streamed & Screened podcast.

'Game of Thrones' fans! Here's your chance to sit on the Iron Throne

New exhibition in Seattle is a must for Bruce Lee fans

New exhibition in Seattle is a must for Bruce Lee fans

Taylor Swift responds to 'Shake It Off' lawsuit

Taylor Swift responds to 'Shake It Off' lawsuit

Anir Jadidi (right) and Saleh Karimai star in “A Hero,” in which debt and lies mount. It hits Amazon Prime on Jan. 21.