FDA authorized Pfizer vaccine for 12-to-15 age group but Va. still needs to wait for CDC before starting vaccinations 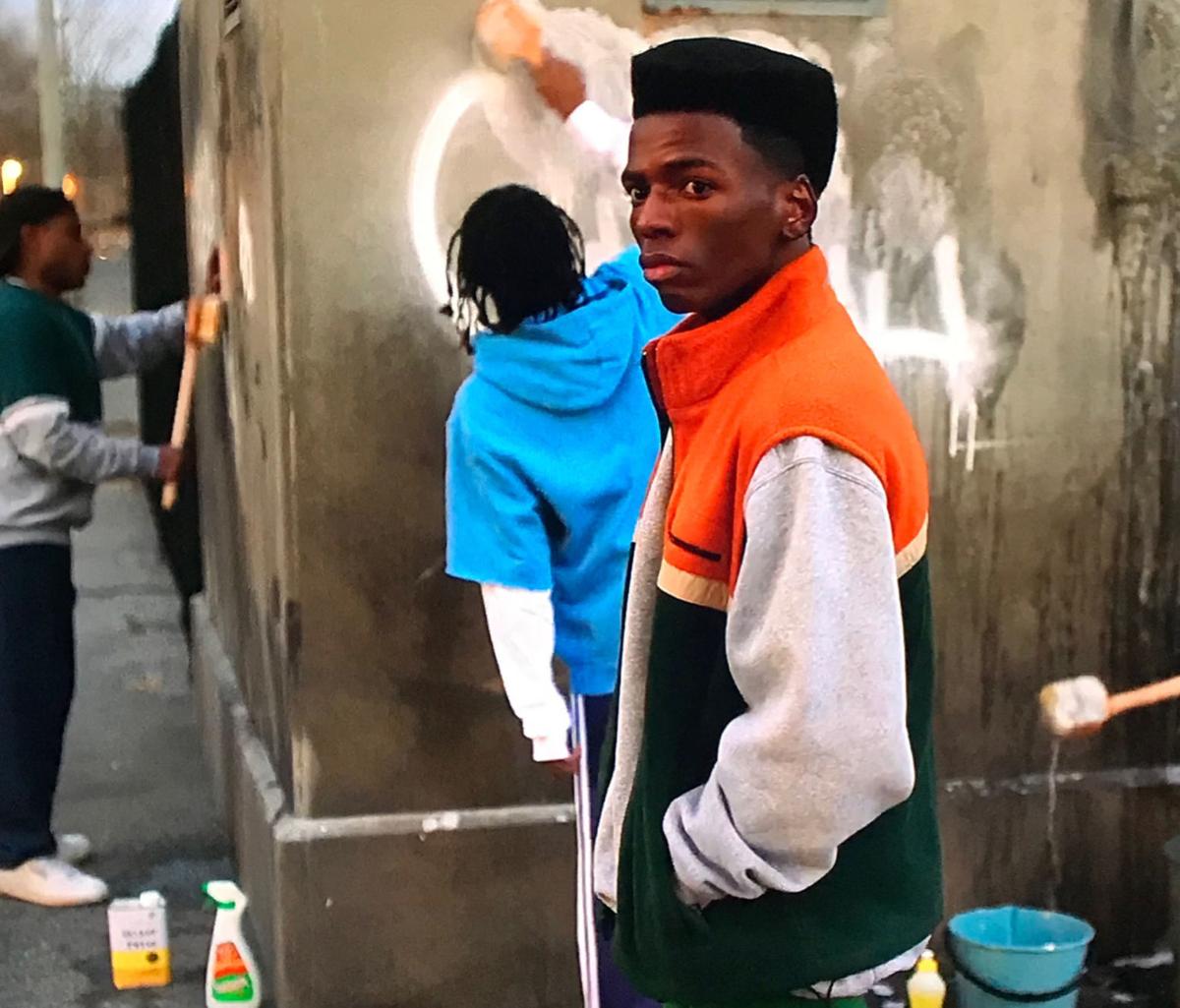 Christian Maverick White, an actor from Spotsylvania and a student at George Mason University, appears in four episodes of season two of “City on a Hill,” a crime drama set in Boston that airs Sunday nights. The Showtime series stars Kevin Bacon and Aldis Hodge. 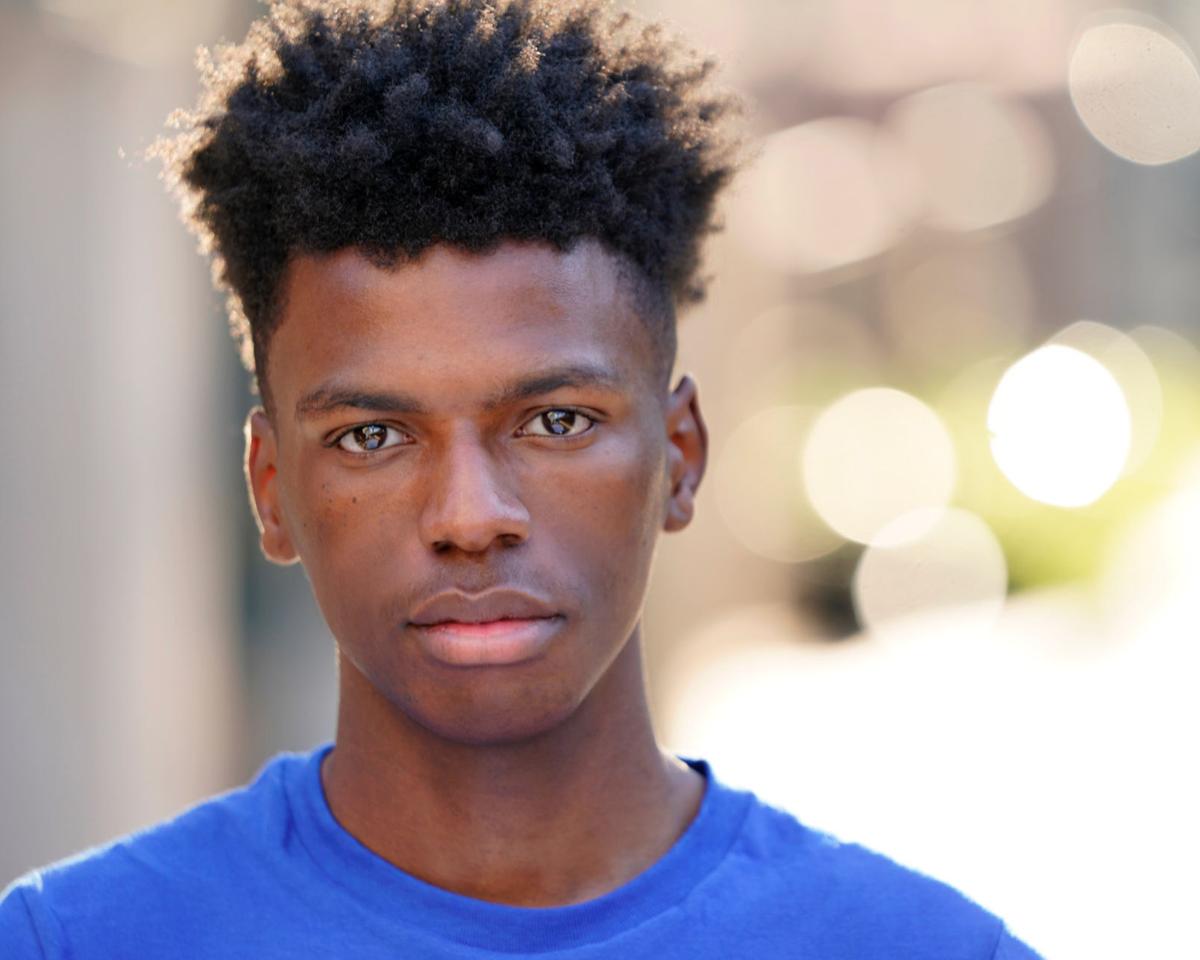 White fell for the challenge of acting while in high school. 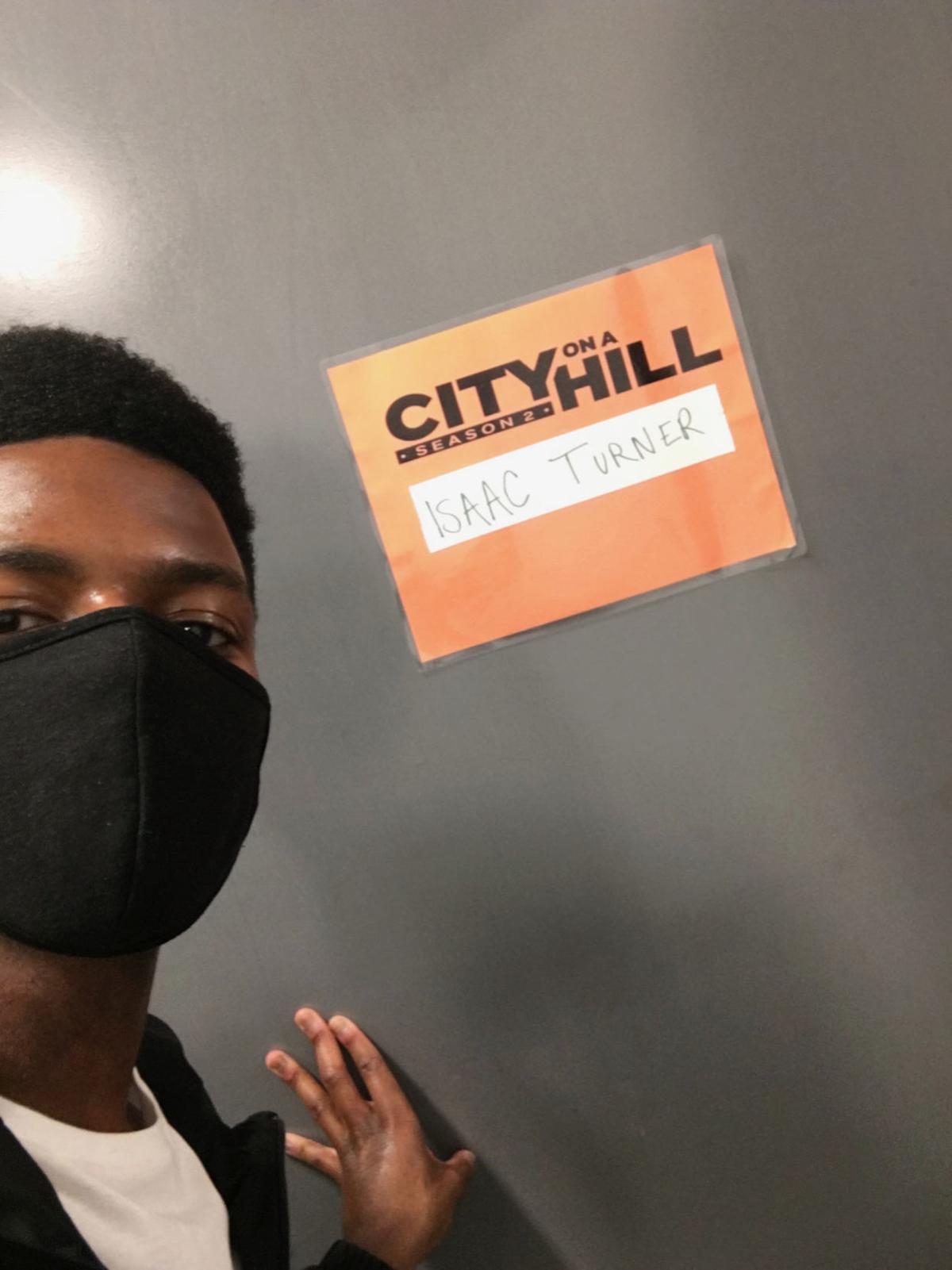 White took a selfie by his trailer on the NYC set of “City on a Hill.” On the show, he’s a gang member with a soft side. 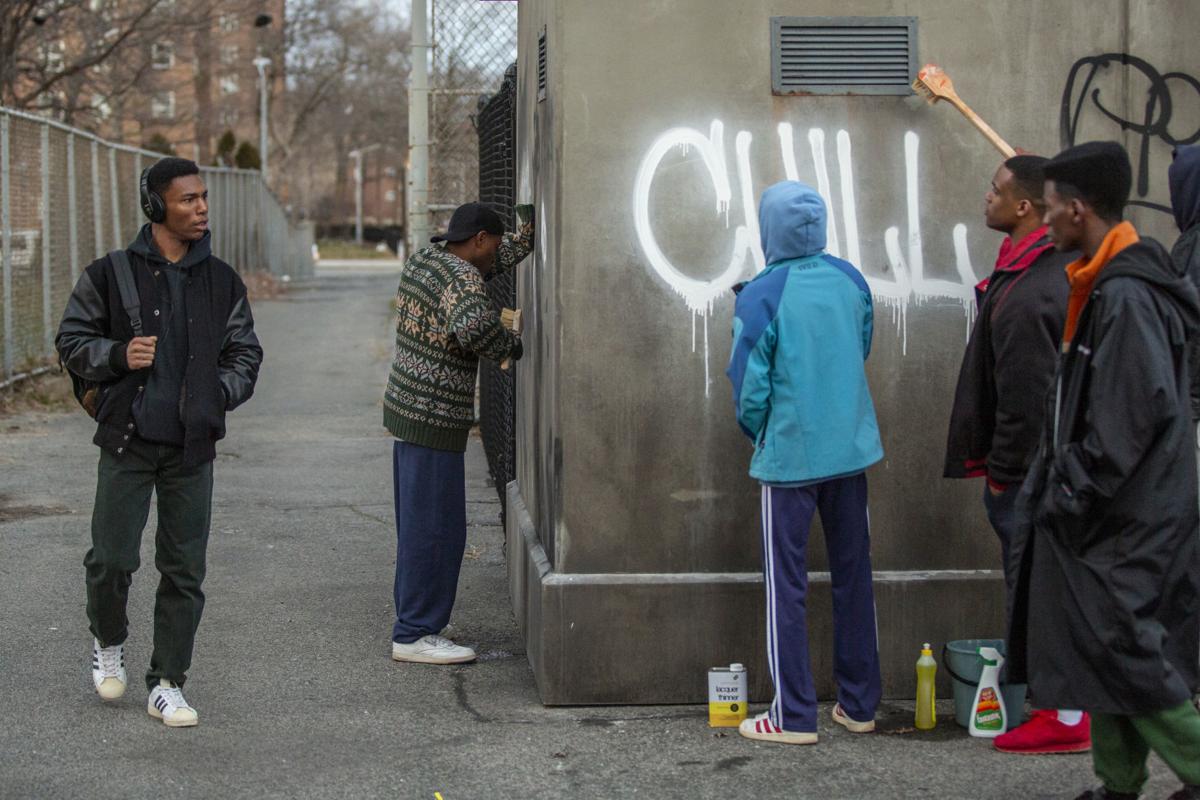 Christian White (far right) appears in a scene in Showtime’s ‘City on a Hill.’

The way Spotsylvania County’s Christian Maverick White prepared for shoots in his first big TV role speaks to how seriously the young actor takes his craft.

The Courtland High School grad — who’ll finish up his communications degree at George Mason this spring — plays a teenager living in the Braxton Summit projects of Boston in the second season of Showtime’s “City on a Hill.” New episodes are airing Sunday nights, with the series in the middle of White’s four-episode run.

He said he wanted to get into the head of the slightly wild character he plays on the show, Isaac Turner.

“I’d spend an hour in hair and makeup every morning, a barber giving me the squared-off cut that gives Isaac the look that says ’90s,” he said. “But I also made a mix tape of ’90s rap songs that I think helped me get into Isaac’s headspace.”

White had only a few small roles before landing the spot on “City on a Hill,” which stars Kevin Bacon and Aldis Hodge. He took a theater class as a senior at Courtland and said he really enjoyed acting, which pushed him out of his comfort zone.

So White began auditioning, landing roles in Maryland for a regional TV show and a speaking part in an independent movie. He also earned a part in the web series “Kennedy,” filmed in and around Washington.

White eventually attended a workshop at an acting studio in Hyattsville, Md., where he auditioned and ended up signing with a manager. That manager got him an audition in February 2020 for the crime drama “City on a Hill.”

“I went to audition in New York, and it was a quick process,” he said.

Two days after the audition, White received a text that he’d won the role. He was on the New York City set the following week.

The actor said he was religious about learning his lines and being prepared each day, and found that playing Isaac was a learning experience.

“He’s a member of [a gang], and the leader of his group of friends,” White said. “He acts hard on the outside, but he’s a softie on the inside. As you’ll see this season, he gets into a lot of conflicts with the cast. It was interesting to play someone who’s a little wild and disrespectful — about as far away from me as possible.”

Just when White and the rest of the actors and crew had gotten up to speed shooting at locations in New York City, COVID-19 hit and filming was shut down.

It helped White in some ways, because he was still attending George Mason and had been missing a slew of classes during production.

“Thank goodness I had some really understanding teachers who let me make things up,” he said, noting that having Mason go virtual for a time helped him keep up with his studies.

“We went back to work Oct. 7 after a seven-month pause,” he said. “Things were definitely different, with all kinds of safety protocols and tests twice a week as scenes were shot in Queens, the Bronx and at a studio in Brooklyn. I was lucky to have family in New York I could stay with while I was working there.”

He said one of the coolest moments came when he got to do his own stunt in a scene.

“When I saw in the script that my character gets roughed up, I immediately thought that meant they had a stunt double for me,” White said. “When I went to stunt rehearsal and found it was going to be me doing it, I was nervous but really excited.

“This was my second day ever on a professional TV set, and I’m already doing my own stunt scene,” he added. “It’ll look like it hurt in the episode, but getting roughed up and falling down take after take was actually really fun, and they kept me safe.”

He said that another memorable moment came in working at Steiner Studios — one of the largest studios on the East Coast — for some of his scenes.

“Coming out of Spotsylvania, and now walking through the Steiner Studio lot, past all the big sound stages where they’ve filmed shows and movies like ‘The Joker,’ ‘Power’ and ‘The Marvelous Mrs. Maisel,’ was a surreal moment for me. Filming interior scenes there I forgot I was in a film studio and not actually in the projects of Boston because of how much detail they put into every aspect of the set to make it realistic.”

And if that wasn’t surreal enough, he ended up landing another role on a TV series that will air soon on Amazon, which he ended up filming in the same weeks he was shooting “City on a Hill.” He’s not yet allowed to name the show, though he said he’s proud of his work on it.

And, yes, he even found himself a little star-struck when he spotted Kevin Bacon heading his way one day.

“We met in catering one day, and he is really cool, the most humble guy,” White said. “I was talking to one of the other actors, looked up to see the star and asked my friend, ‘Is that really Kevin Bacon walking towards us right now?’ ”

“In my head, I’m saying to myself that, of course, I know who you are,” White said. “But outwardly I tried to just play it cool. He was really as nice as he could be.”

White, who said he may find a day job to sustain himself should other acting roles not come quickly, said he was thankful for the chance to work on the TV shows.

“It left me knowing that I can hold my own against other actors, and that I’ve been established in New York,” he said. “And now I have tape and roles that I can list when I’m [seeking] my next ones.”

His advice to other young actors trying to make it in the business: “Rejection is just a part of the industry, and often it has absolutely nothing to do with you as an actor. Before I booked ‘City on a Hill,’ I had been auditioning in New York for months, only getting nos.”

He added, “The cool thing is, it only takes one yes to make up for 100 nos. And with each no, there is always a lesson to take from it that you can apply to your next audition. So it’s never really a hard ‘no,’ and more of a ‘No, not right now.’ ”

Spotsylvania actor thrilled to land a role in TV's "City on a Hill."

Christian Maverick White, an actor from Spotsylvania and a student at George Mason University, appears in four episodes of season two of “City on a Hill,” a crime drama set in Boston that airs Sunday nights. The Showtime series stars Kevin Bacon and Aldis Hodge.

White fell for the challenge of acting while in high school.

White took a selfie by his trailer on the NYC set of “City on a Hill.” On the show, he’s a gang member with a soft side.

Christian White (far right) appears in a scene in Showtime’s ‘City on a Hill.’