The star, who last had a main role in 2013's The Canyons will make her leading lady comeback with Netflix's festive movie ‘Falling for Christmas’, on 10 November. Speaking to The Hollywood Reporter, Lindsay insisted that she never lost her passion for acting during her break from Hollywood. …

Streamers like Netflix, HBO Max, Disney+ and more are getting into the holiday spirit early this season, with merry and bright new movies releasing now through the end of the year.

If you’re looking to settle in for some feel-good holiday films, here’s your ultimate guide to what’s streaming:

“Spirited”: This musical upending of “A Christmas Carol” finds the Ghost of Christmas Present (Will Ferrell) finding the wrong Scrooge in Clint Briggs (Ryan Reynolds) who instead ends up reexamining his own past, present and future. Streaming Nov. 18

“A Christmas Open House”: Sparks fly when Atlanta property stager Melissa Norwood (Katie Stevens) reconnects with her old high school crush, real estate agent David Phelps to sell her mom’s old home before the holidays. However, complications arise and with the Christmas deadline looming, will these two find their happily ever after in time for the holidays? Now streaming

“A Gingerbread Christmas”: Hazel Stanley (Tiya Sircar) is hoping to save the family bakery by winning $100,000 in a gingerbread house competition led by food celebrity Mark Clemmons (Duff Goldman). However, will an unexpected romance with local contractor James Meadows (Marc Bendavid) tear everything apart? Now streaming

“One Delicious Christmas”: Abby Richmond (Vanessa Marano) inherits a struggling restaurant and needs to secure an investment from restaurant mogul Alexandra Grandfield (Kathy Maloney) to keep it going in the wake of a bad review by Tom Kingsley (Bobby Flay). In response, Abby hires hot-shot chef Preston Weaver (Alex Mallari Jr.) to shake up the menu, and finds love burning in the kitchen. But will it be enough to save the restaurant? Now streaming

“The Santa Clauses”: The fan favorite series starring Tim Allen as Scott Calvin returns, with Calvin realizing that he can’t be Santa forever, setting out to find a suitable replacement while preparing his family for a new adventure in a life south of the pole. Streaming Nov. 16

Best Christmas specials of all time

“A Christmas Story Christmas”: Peter Billingsley returns as Ralphie, who returns to the house on Cleveland Street to give his kids a magical Christmas like the one he had growing up. Streaming Nov. 17

“A Christmas Mystery”: Magical Christmas bells, which have protected a small Oregon town for a century, are missing, and it’s up to a group of intrepid kids to solve the case, find the bells and restore the Christmas magic. Streaming Nov. 24

“Holiday Harmony”: Singer-songwriter Gail is on her way to compete in an iHeartRadio Christmas competition but then her car gets stuck in Oklahoma. While there, she meets local jack-of-all-trades, Jeremy, and mentors a group of misfit kids hoping to perform in a Christmas Eve gala of their own. Gail and Jeremy grow close, and Gail wonders if she can leave this new town behind to pursue her dream. Streaming Nov. 24

“A Hollywood Christmas”: Up-and-coming filmmaker Jessica has made a name for herself directing Christmas movies, but when network executive Christopher shows up threatening to halt production on her latest movie, Jessica’s assistant Reena points out the irony: Jessica isn’t just trying to save her Christmas movie, she’s actually living in one. Streaming Dec. 1

“Falling for Christmas”: Lindsay Lohan stars as a hotel heiress who suffers total amnesia after a skiing accident and finds herself in the care of a handsome, blue-collar lodge owner (Chord Overstreet) and his young daughter in the days leading up to Christmas. Now streaming

“Christmas with You”: Feeling career burnout, pop star Angelina (Aimee Garcia) escapes to grant a young fan’s wish in small town New York, where she not only finds the inspiration to revitalize her career but also a shot at true love with a local music teacher (Freddie Prinze Jr.). Streaming Nov. 17

“The Noel Diary”: Bestselling author Jake Turner (Justin Hartley) discovers a diary in his mother’s old house at Christmas that may hold secrets to his own past and that of Rachel (Barrett Doss), an intriguing young woman on a mission of her own. Streaming Nov. 24

“Something from Tiffany’s”: Rachel and Gary (Zoey Deutch, Ray Nicholson) are a happy New York couple not quite ready for that big commitment. However, when a gift mix-up with another couple causes all of their paths to cross, it sets off a series of twists and unexpected discoveries that lead them where they’re truly meant to be. Streaming Dec. 9

Best Christmas movies of all time, according to critics

Best Christmas movies of all time, according to critics

Does consumerism ruin Christmas or do we need the economic jolt?

What to watch for the weekend of Nov. 11

The star, who last had a main role in 2013's The Canyons will make her leading lady comeback with Netflix's festive movie ‘Falling for Christm… 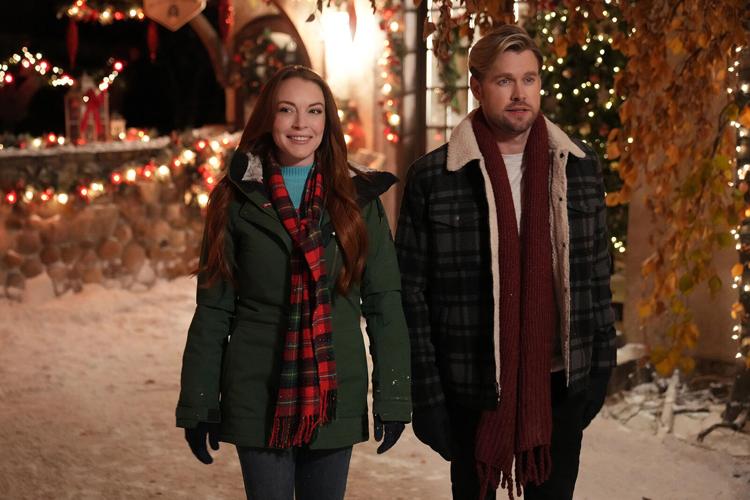 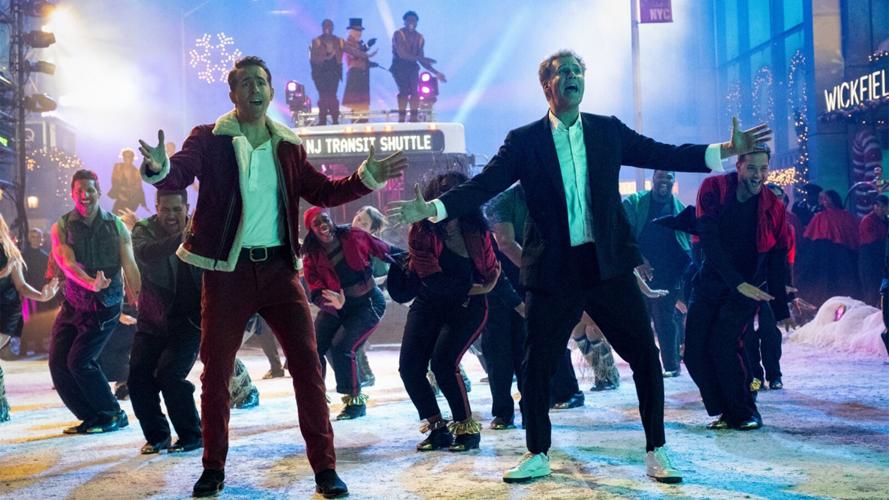