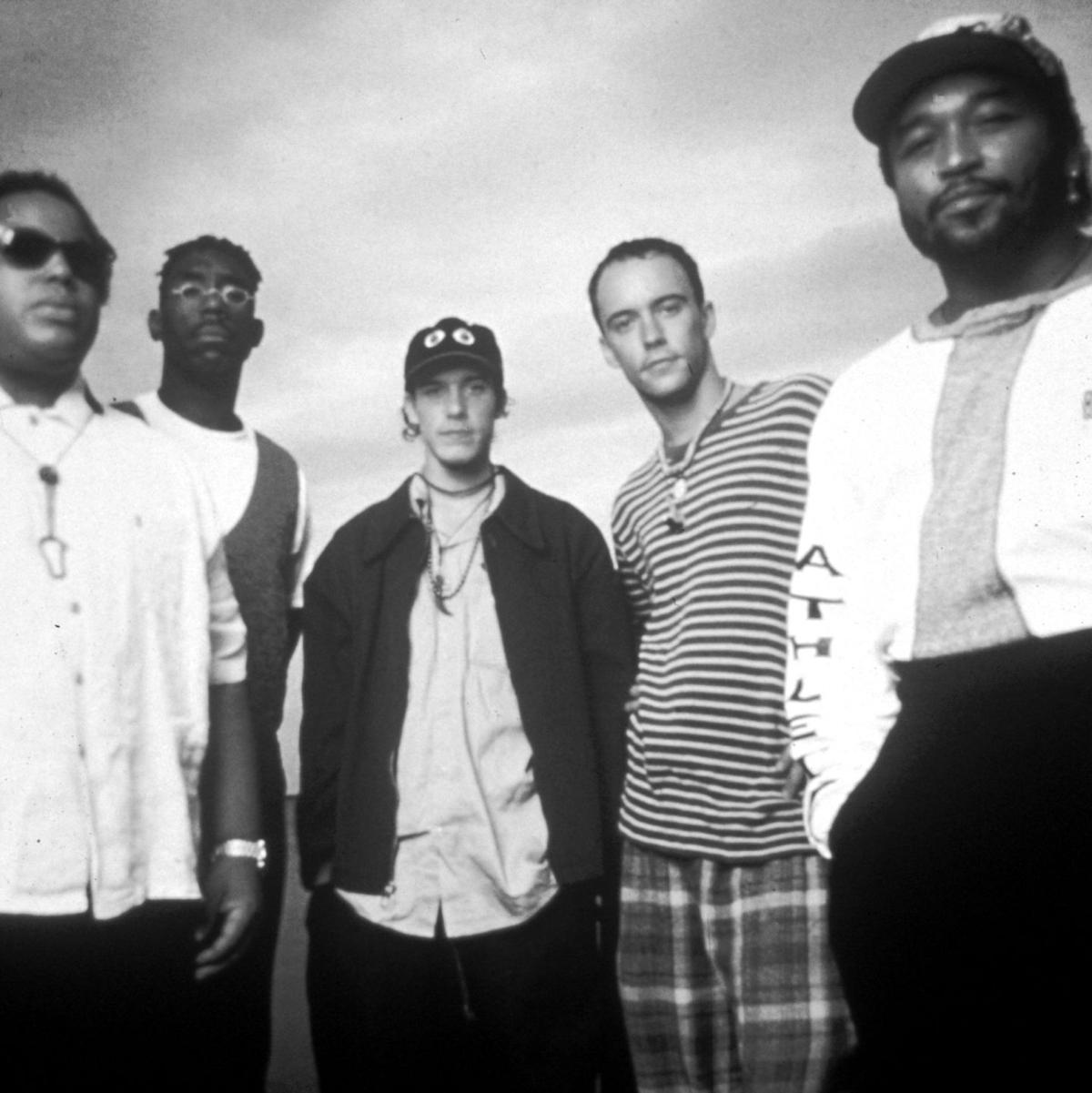 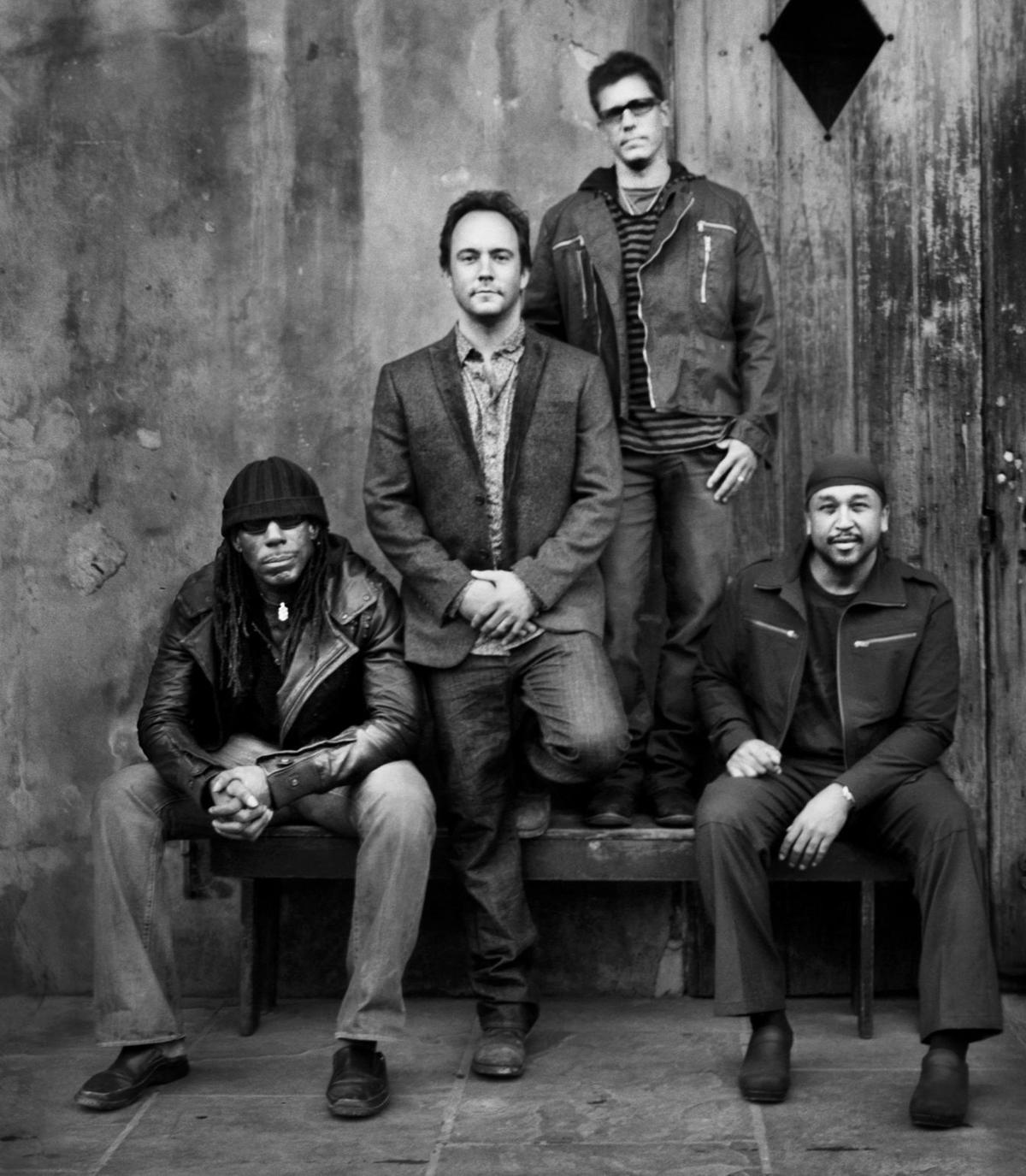 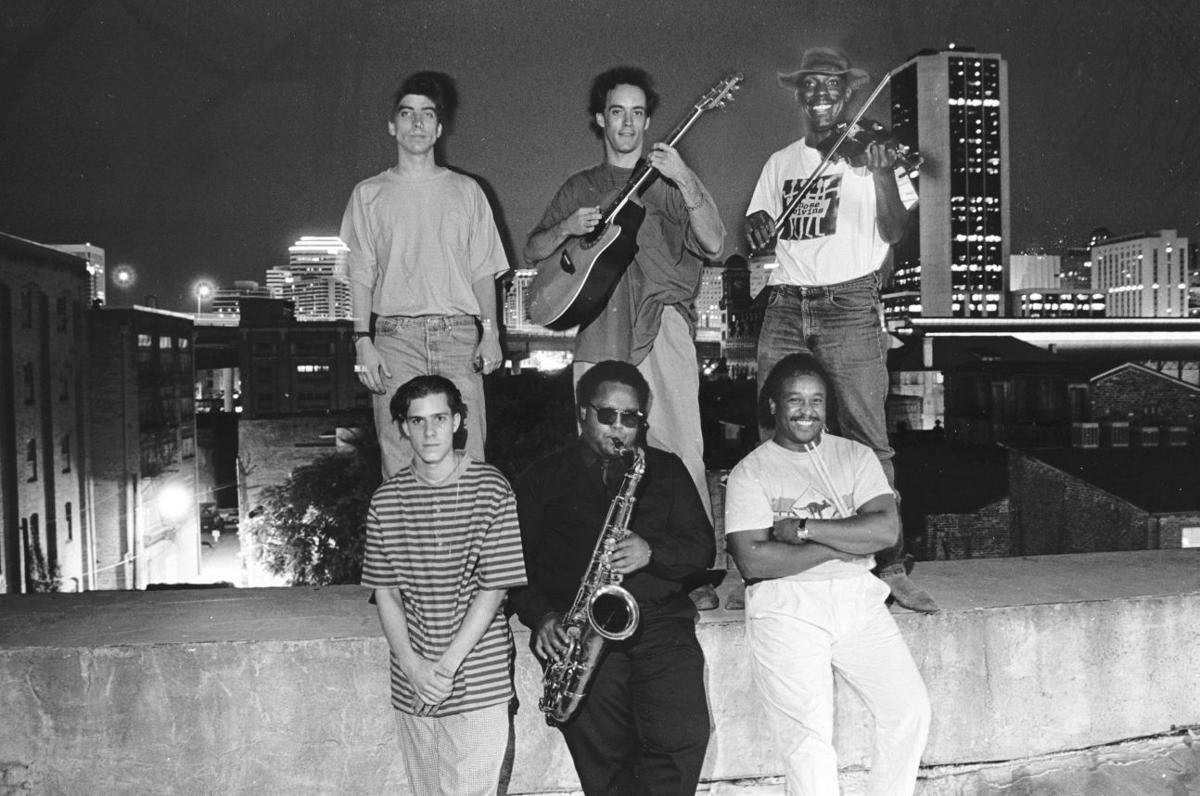 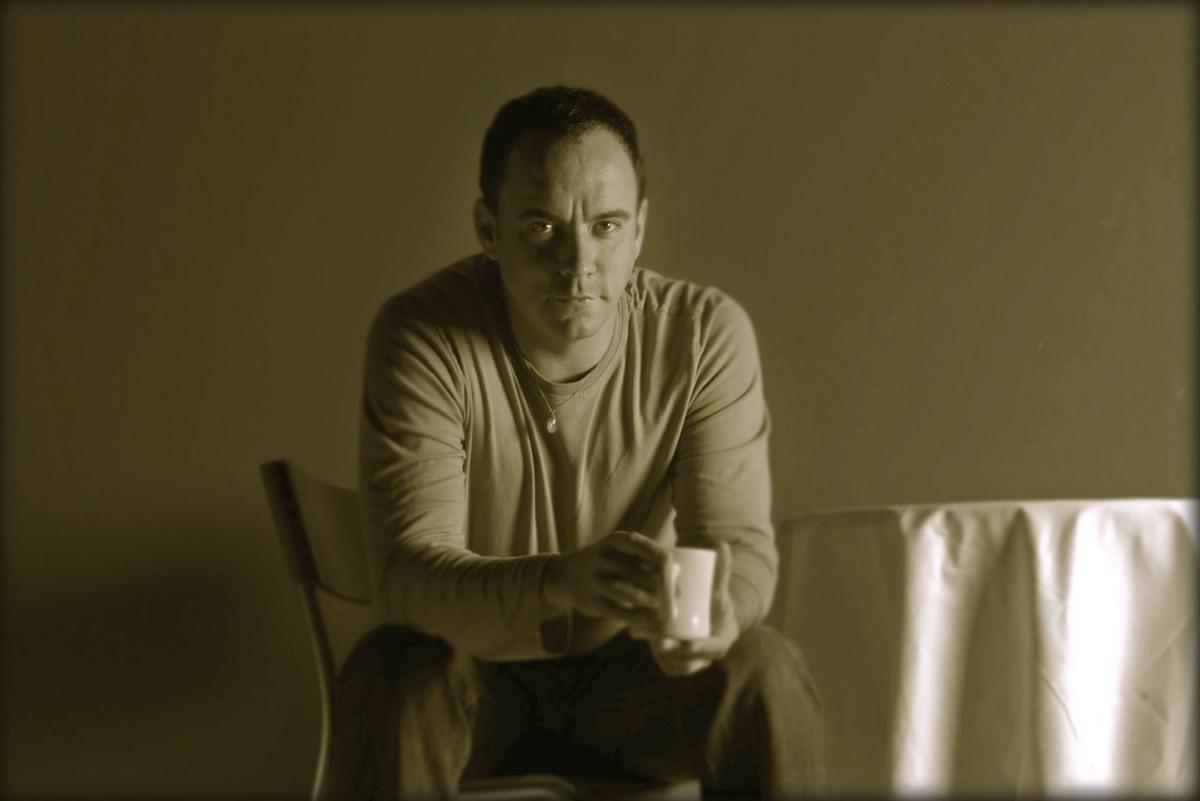 Musician,Dave Matthews photographed at the Starr Hill Restaurant Tues. May 3, 2005 in Charlottesville VA. The Dave Matthews Band is about to release a new recording. 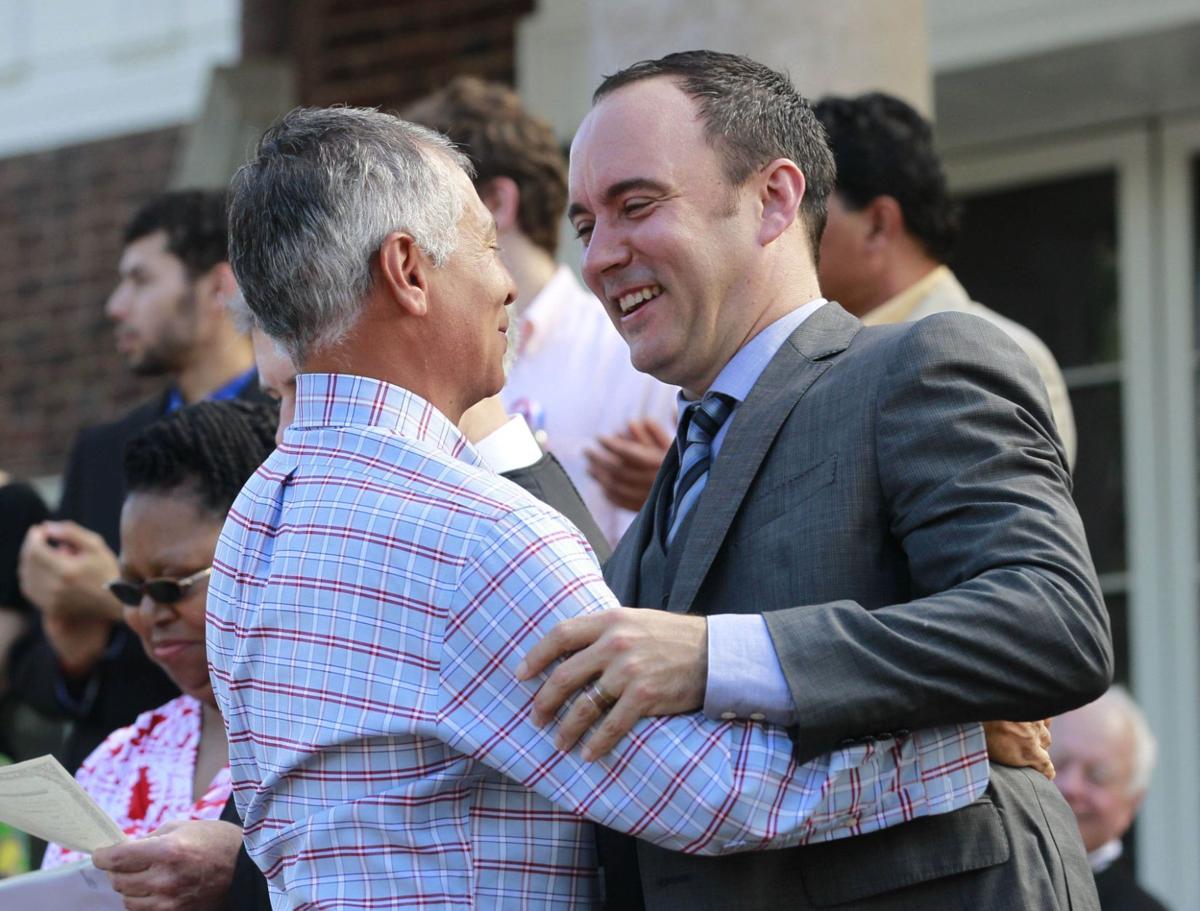 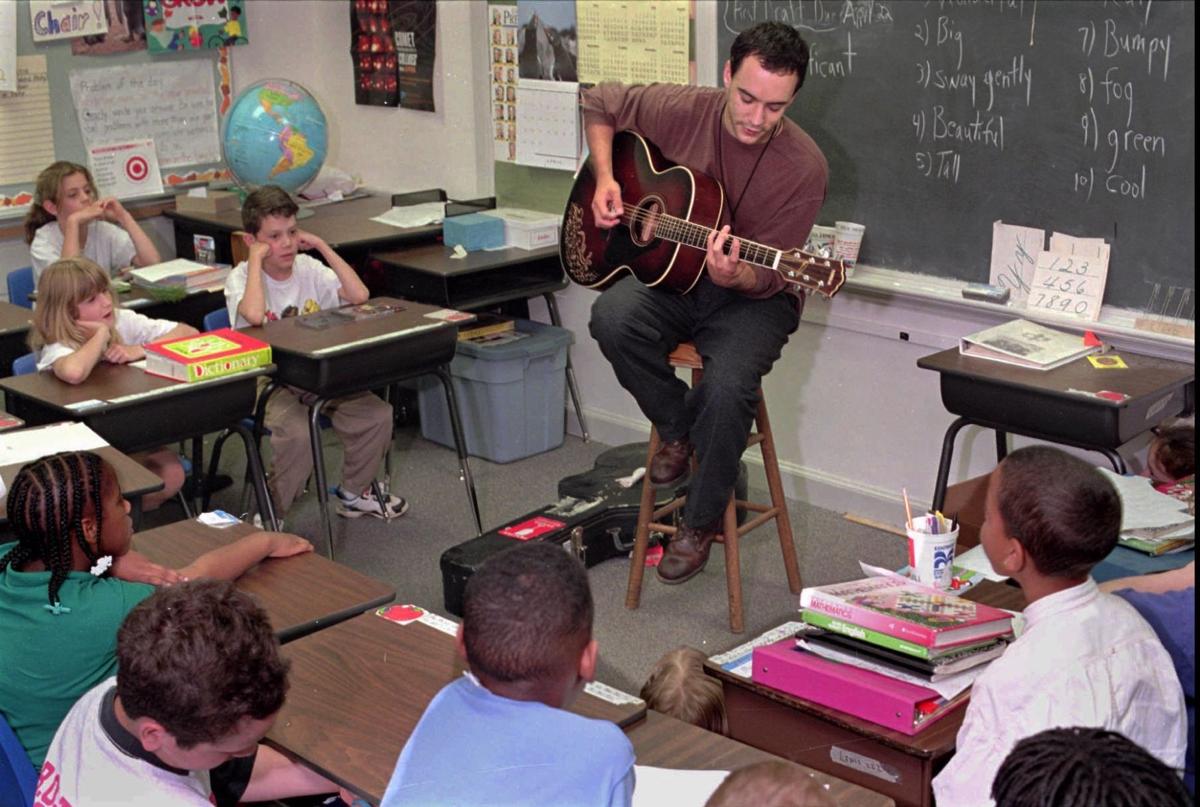 In 1996, Dave Matthews sang for his niece’s third-grade class at Burnley-Moran Elementary School in Charlottesville. Despite global success, Matthews and his band always find their way back to Virginia.

I love the Internet almost as much as I love music.

I got an email about the Dave Matthews Band scheduling a 25th anniversary show for May in Charlottesville, and I got it in my head that I remember them being the midweek house band at the Flood Zone in Richmond in the early 1990s.

So I did what folks do these days when they think they remember something but want to check the facts before telling everyone else: I Googled it.

The first hit was from a site called dmbalmanac.com, an incredibly detailed archive of Dave Matthews music, shows, venues, guests and the like. If you’re into geeky musician stuff, you gotta check it out. It’s the best artist info I’ve seen this side of Bob Dylan’s website. (Dylan’s site is the spiritual home of geeky musician stuff.)

Before becoming the biggest thing in rock ’n’ roll in the 1990s, the guys from Charlottesville played in Richmond on Nov. 4, 1991, about six months after playing their first gig. They were back the following May for what became a regular Wednesday night gig in Shockoe Bottom. Between then and early 1994, they played more than six dozen shows at the club.

The first night of the regular run, May 6, 1992, their 10-song set list included “Satellite” and “What Would You Say,” both of which would become hits in the years that followed.

I know that because it’s on the website; set lists for about half the shows are there.

The lists show a commitment to the original music that would make the band superstars, and they show a willingness to take chances that bar bands sometimes have to take.

The band “outgrew the club,” as it says on the website, but Dave Matthews and friends have never outgrown Virginia. And that’s pretty cool.

The guys from Charlottesville became some of the most recognizable music stars in the world, but they kept coming home. I looked through our photo files and found images of Matthews and other members of the band in classrooms in Charlottesville, playing music and signing autographs.

They were at Virginia Tech in September 2007, playing a benefit show with musicians John Mayer, Phil Vassar and Nas, the fall after a mass shooting on campus.

There’s even a photo from 2013 that shows Matthews hugging Hermano P. Freitas, who was sworn in as an American citizen during a July Fourth ceremony at Monticello. Now that’s a commitment to your hometown.

The band’s commitment continues May 7, when it kicks off its anniversary tour with a show at the John Paul Jones Arena. All proceeds from the show, expected to top $1 million, will go to the Bama Works Fund, which the band created in 1999 to raise money for charitable programs in the Charlottesville area.

They head to Kansas from there, but they’ll be back in Virginia twice: June 17 in Virginia Beach and June 18 in Bristow.

Virginia dates: May 7 in Charlottesville, June 17 in Virginia Beach, June 18 in Bristow

Musician,Dave Matthews photographed at the Starr Hill Restaurant Tues. May 3, 2005 in Charlottesville VA. The Dave Matthews Band is about to release a new recording.

In 1996, Dave Matthews sang for his niece’s third-grade class at Burnley-Moran Elementary School in Charlottesville. Despite global success, Matthews and his band always find their way back to Virginia.