Richmond music venues are reopening — finally! — after the pandemic with jam-packed schedules. Here's what's to expect.
0 Comments
Share this
1 of 13 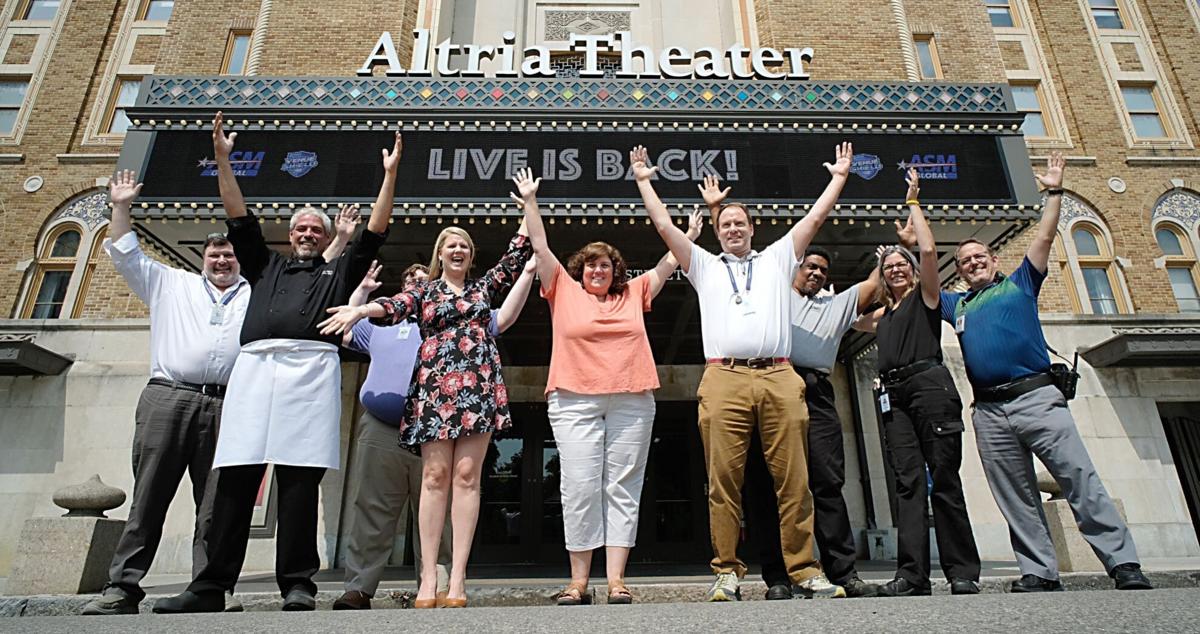 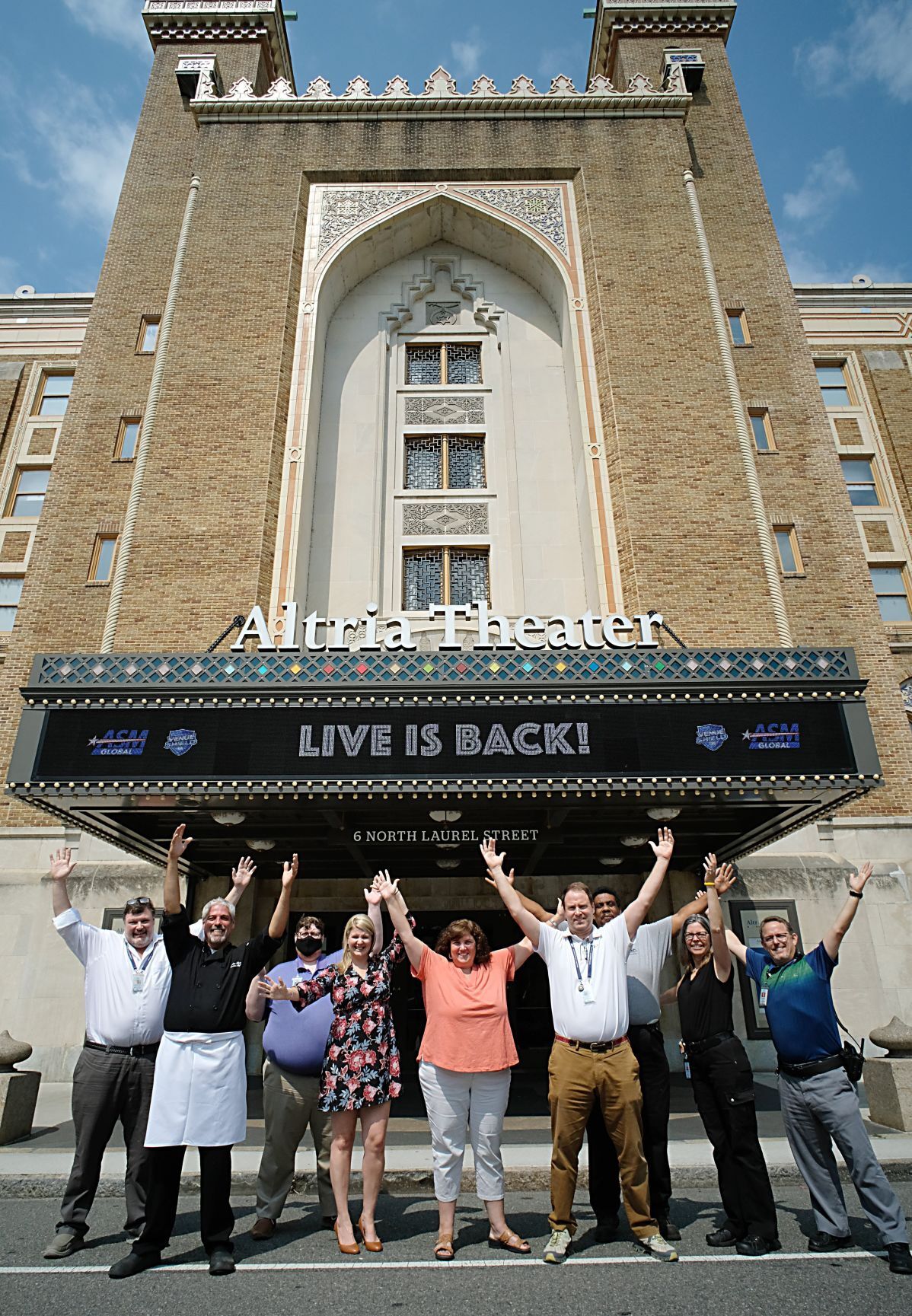 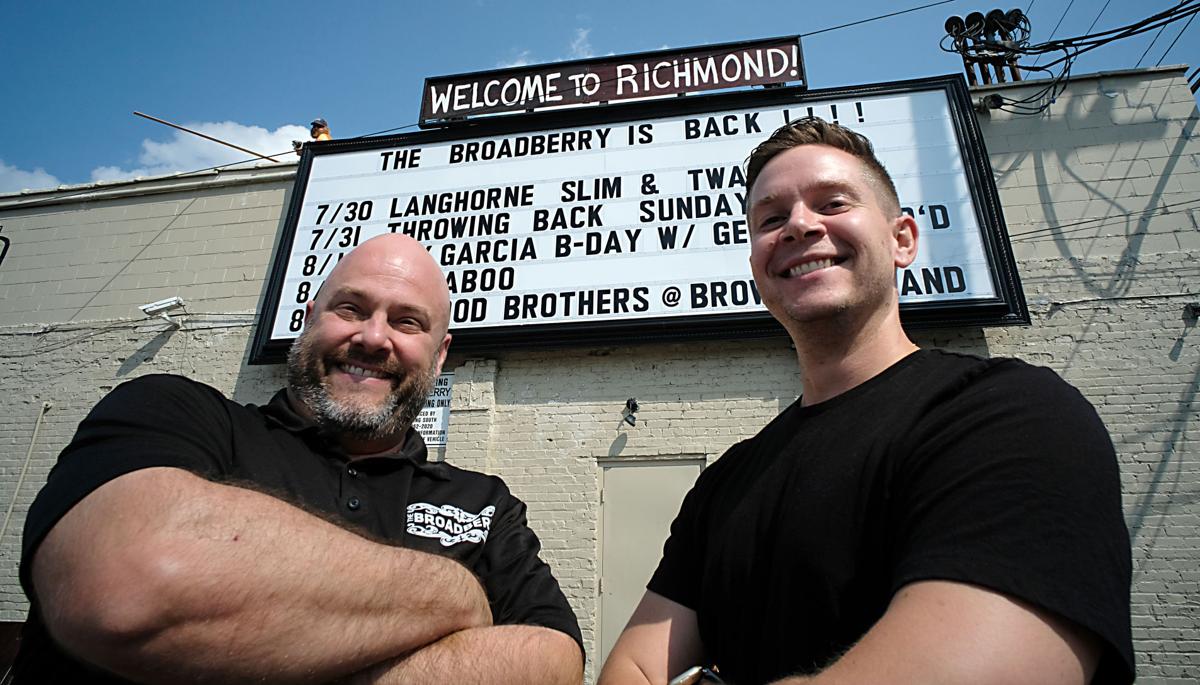 Matt McDonald (left) and Lucas Fritz, who own The Broadberry, stood under the marquee on Thursday. The music venue on West Broad Street will reopen July 30 at full capacity. 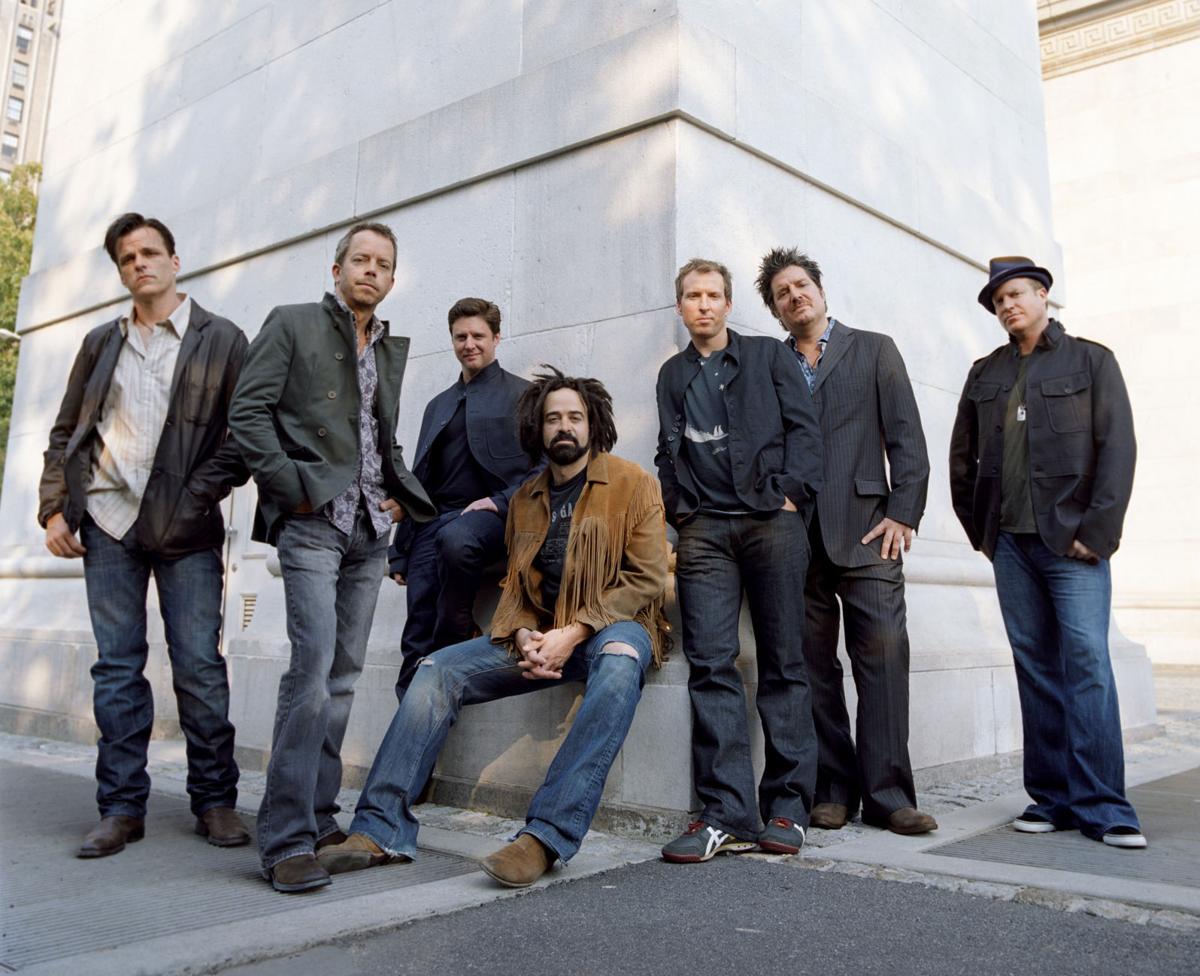 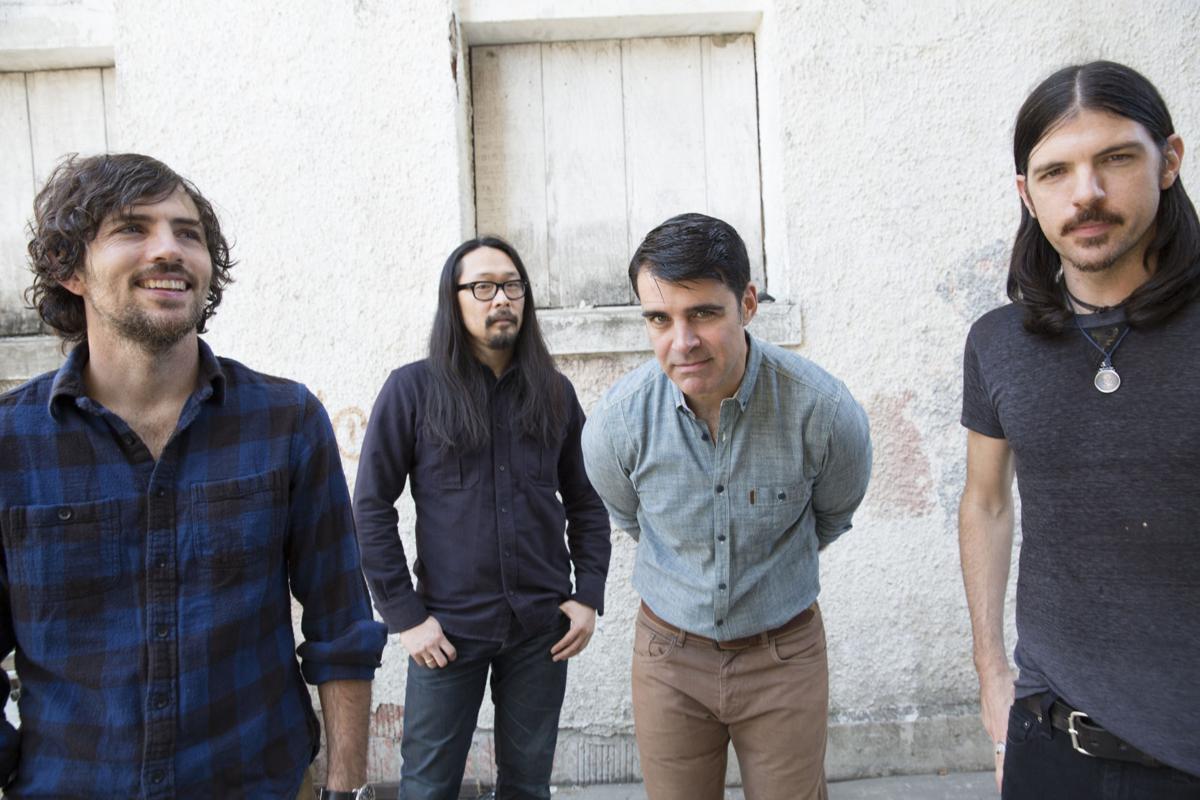 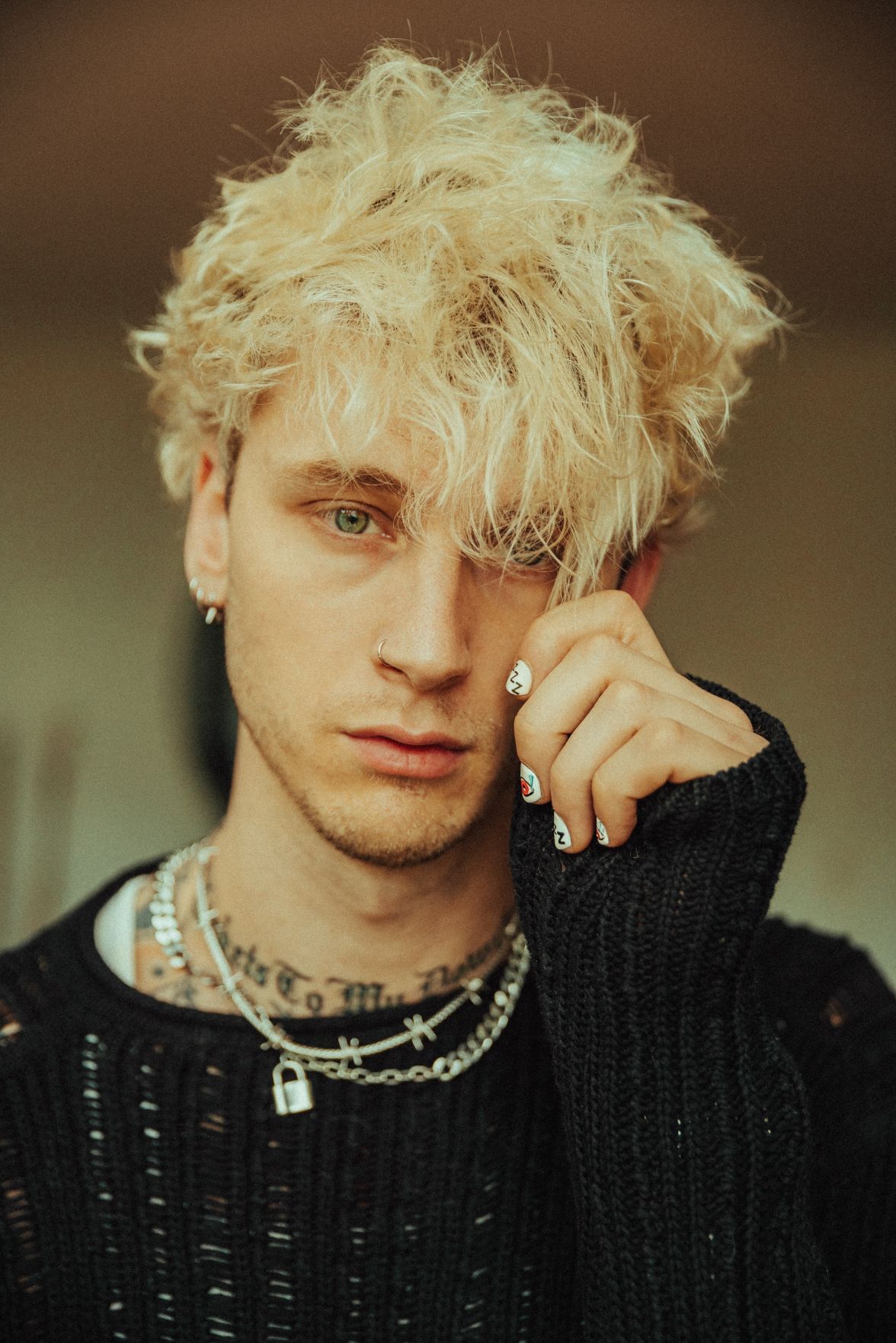 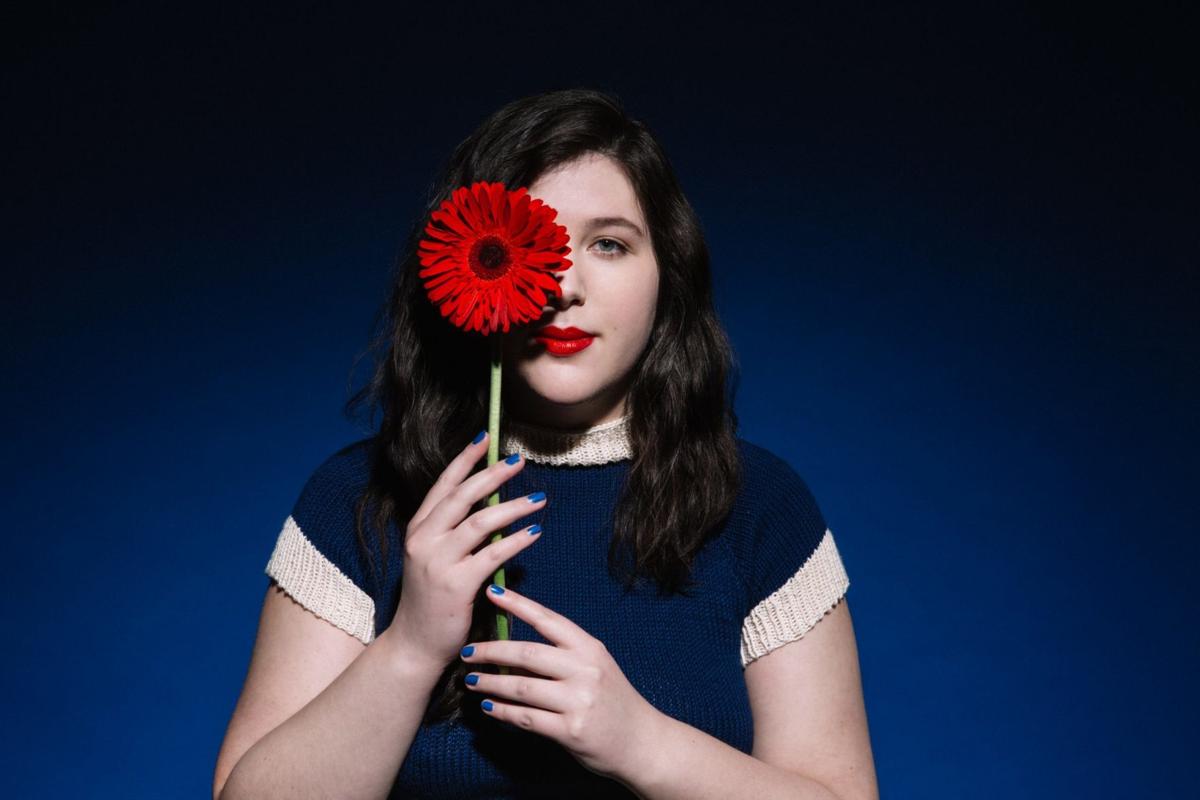 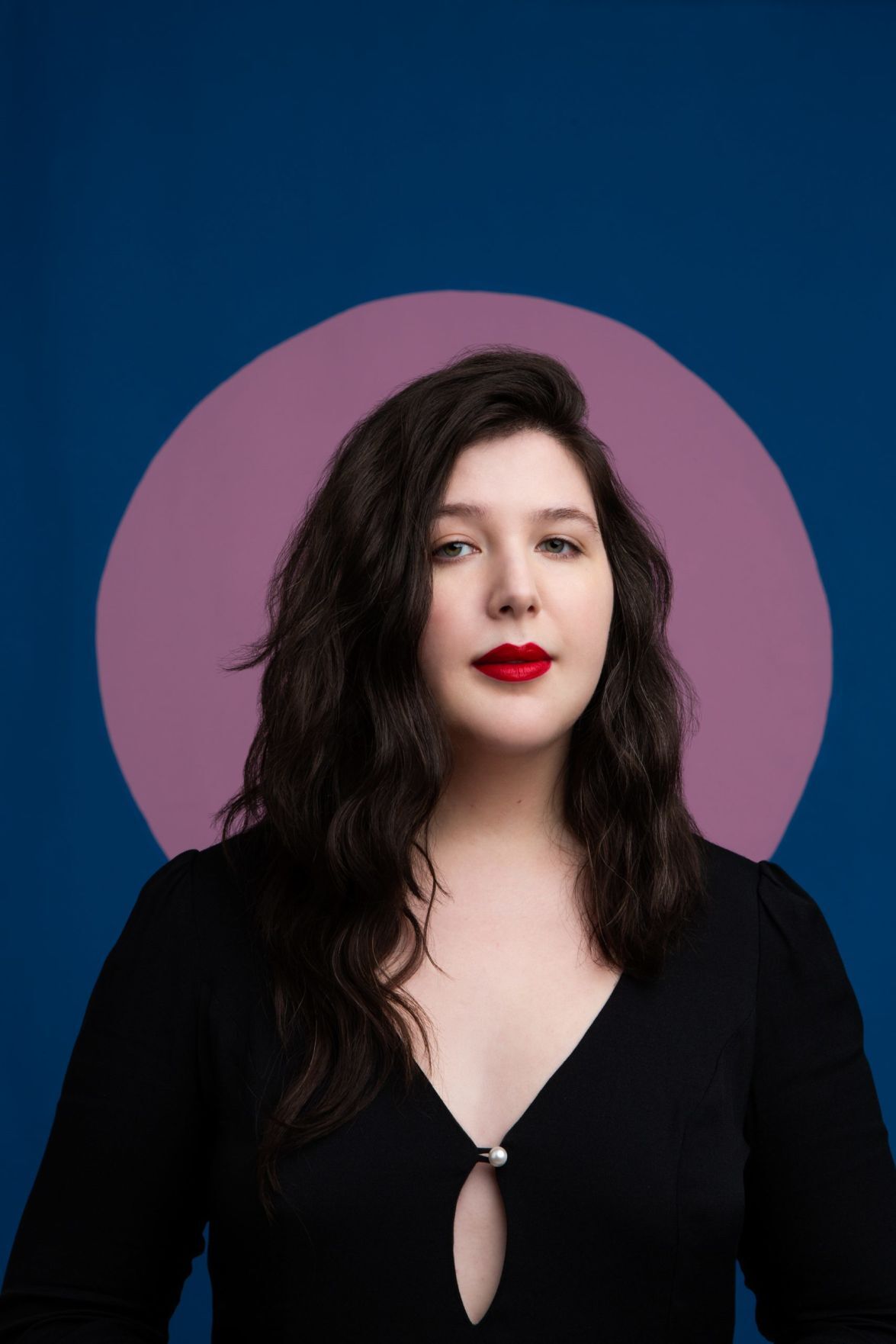 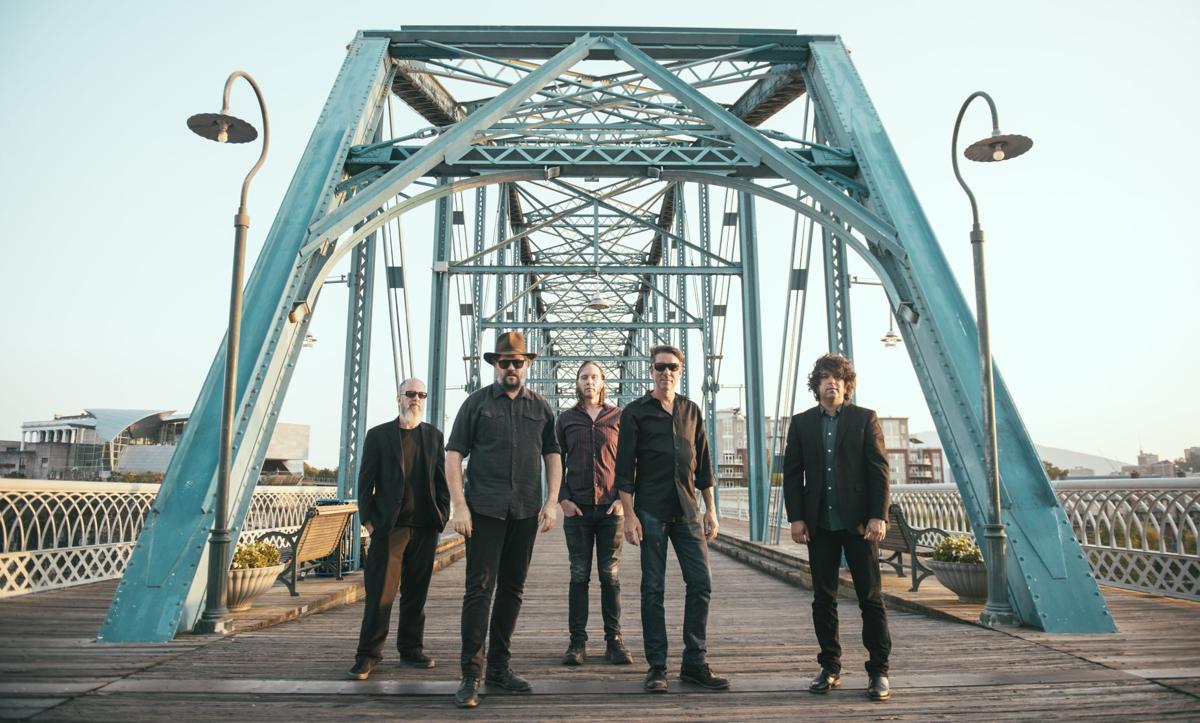 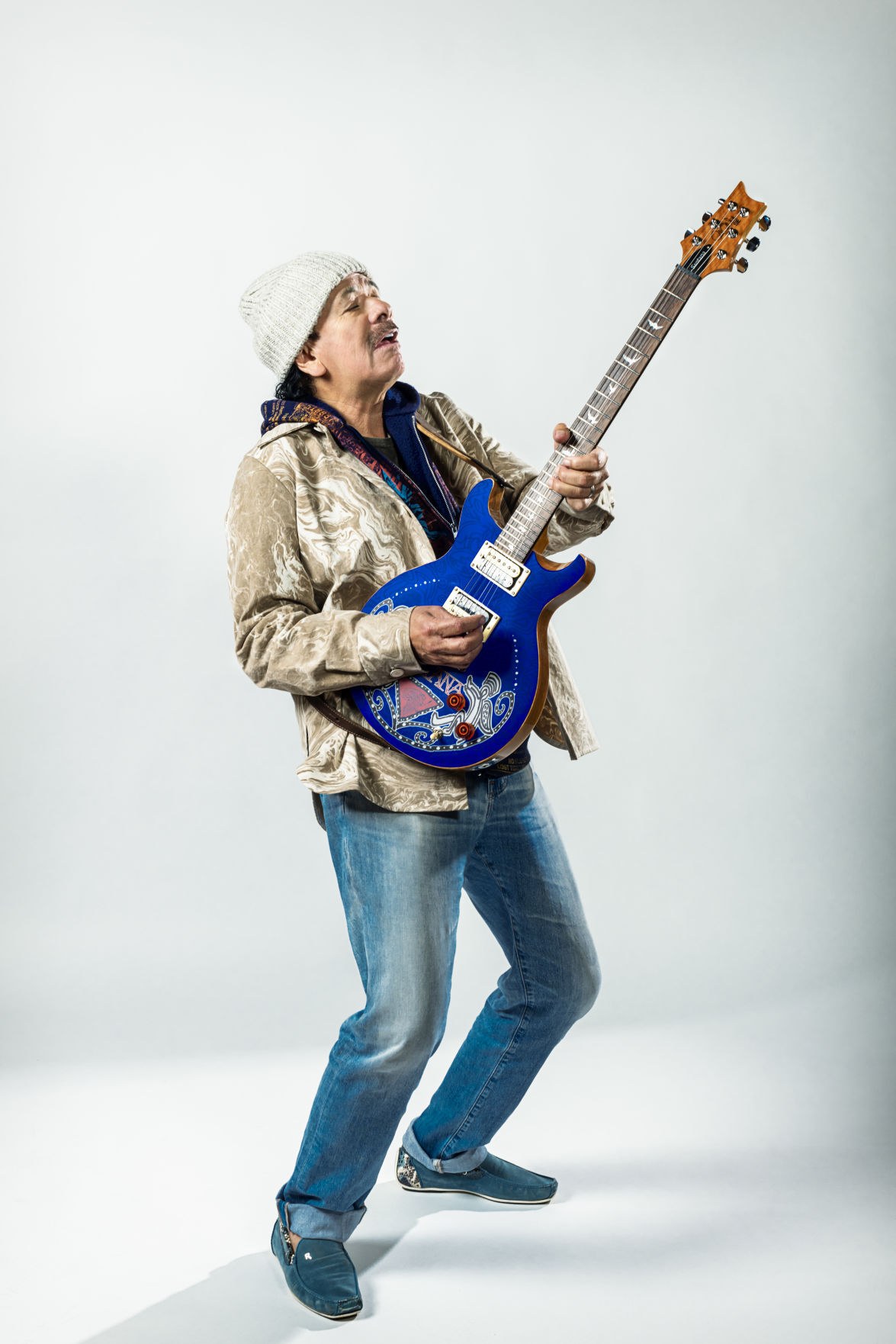 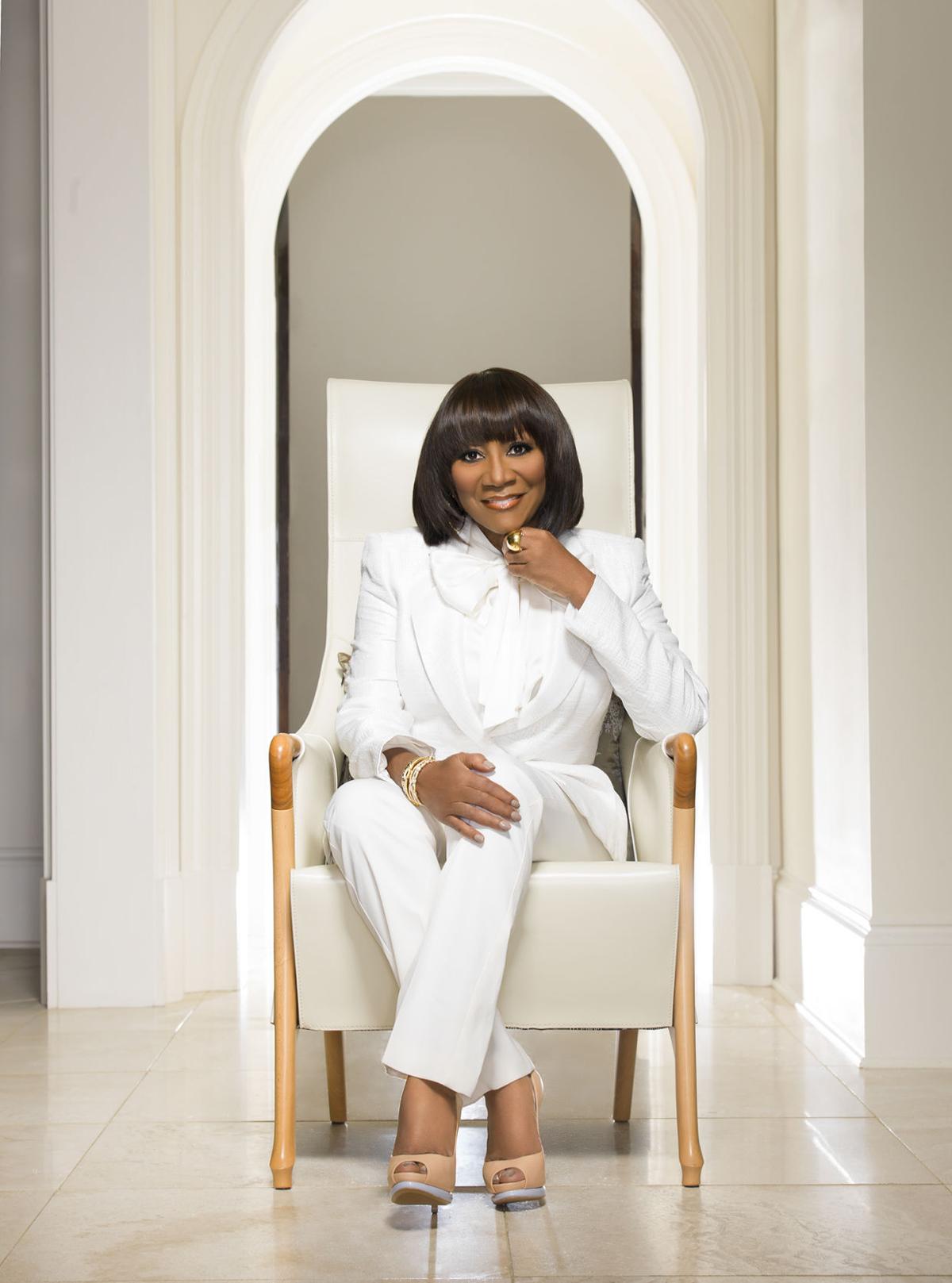 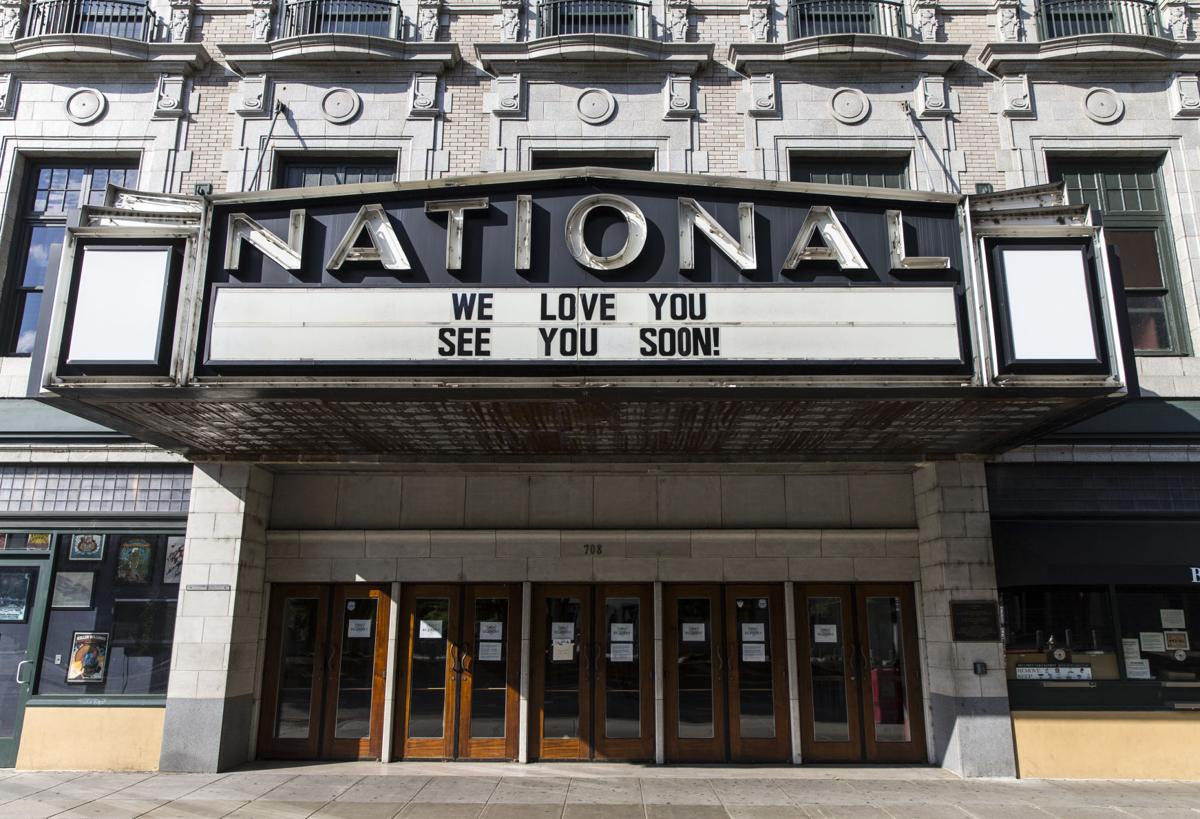 The National left a message on its marquee in May 2020, when the pandemic forced shows to be canceled indefinitely. The music venue reopened Thursday with a concert by Japanese Breakfast. 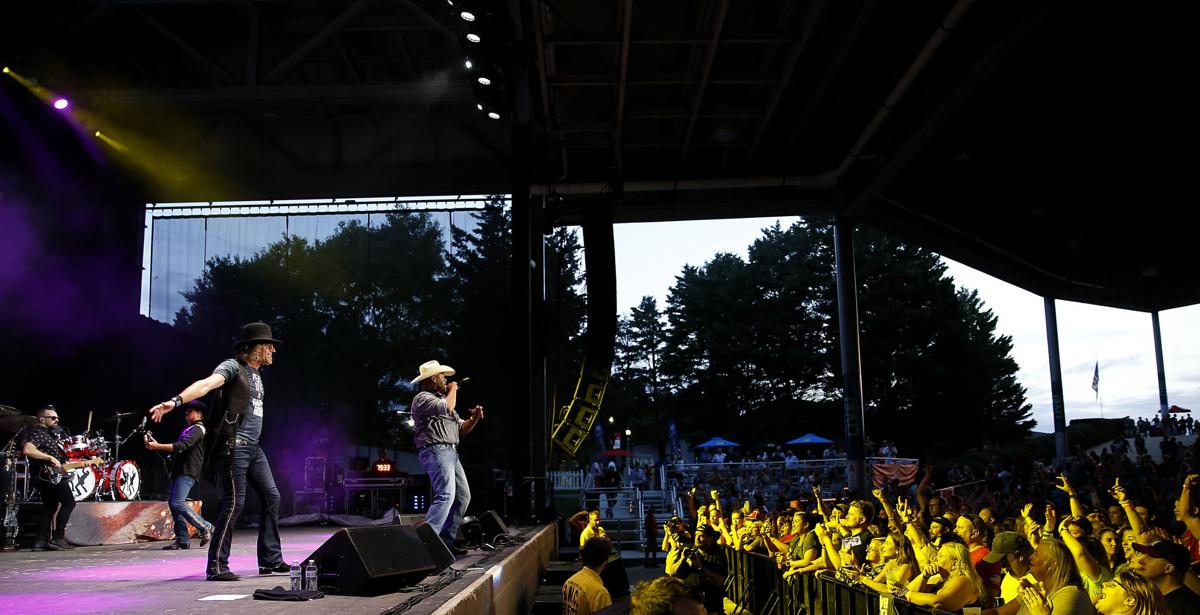 Country music act Big & Rich performed in 2019 at Virginia Credit Union Live!, the outdoor amphitheater at Richmond Raceway. The venue, which seats 6,000 people, will reopen Saturday with a concert by Whiskey Myers.

After a long, dark, quiet year and a half, Richmond music venues — such as the Altria Theater, The National, The Broadberry and Virginia Credit Union Live! — are finally opening their doors after being shuttered because of the pandemic.

The National reopened Thursday night with Japanese Breakfast, and The Broadberry will reopen July 30 with a performance from Langhorne Slim. The Altria Theater will open again in mid-August with the Southern Soul Music Festival, followed by a double bill with Wilco and Sleater-Kinney.

“I think the level of vaccinations has reached a point where people feel comfortable [to return to indoor venues],” said Tim Miller, a spokesperson for ASM Richmond, which manages the Altria Theater and Dominion Energy Center.

“In June, the floodgates opened. We were announcing three to six shows a week,” Miller said.

The nearly century-old Altria Theater is expecting a busy musical fall — with Santana on Sept. 14, Counting Crows on Oct. 2. and Patti LaBelle on Oct. 16, just to name a few. Several comedians — Steve Martin and Martin Short on Oct. 22, John Crist on Nov. 4 and Tom Segura on Nov. 13 — are also selling very well, according to Miller.

Virginia Credit Union Live! — an outdoor venue at Richmond Raceway formerly known as the Classic Amphitheater — will reopen Saturday with Whiskey Myers. The venue has plans for a jam-packed fall, including Drive-By Truckers and Richmond’s own Matthew E. White, The Avett Brothers, Jason Isbell and the 400 Unit and a sold-out show from Machine Gun Kelly.

Getting to this point took many different stakeholders coming together, Miller said.

“To reopen, we first had to have touring companies willing to go back out on the road, promoters willing to take the risk, and venues able to open and provide a safe environment. We’re finally in a place where all stakeholders are ready to start producing shows and events again.”

“It was great,” said Lisa Harrison, co-owner of The Tin Pan. “It definitely seems like people are ready to go out and listen to music again.”

While Gov. Ralph Northam lifted all capacity restrictions on Virginia’s indoor music venues in late May, The Tin Pan decided to reopen at 50% capacity of its 220-person limit. The Tin Pan typically caters to an older crowd, ages 55 and older, and Harrison said The Tin Pan wanted to be mindful of that. Concertgoers also have been required to wear masks from the entrance to their tables, but that self-imposed mandate will be lifted in August.

Harrison said that The Tin Pan expects to increase its capacity in the weeks ahead — but in a slow and measured approach, which is different from other venues.

The Altria Theater, The Broadberry and The National all are reopening at 100% capacity. Altria is the largest indoor venue at 3,565, while The National can hold 1,500 and The Broadberry has a capacity of 500. Virginia Credit Union Live! is an outdoor amphitheater that can hold 6,000.

While many fans are ready to go to concerts again, the return hasn’t been completely smooth sailing.

On June 20, the Foo Fighters reopened New York City’s Madison Square Garden in front of 15,000 people. The show was for vaccinated fans only, and concertgoers had to provide proof of vaccination to attend. (Fans younger than 16 could attend if they provided a negative COVID-19 test and were accompanied by a vaccinated adult.)

On July 14, the group announced that someone within the Foo Fighters organization had contracted COVID-19 and that an upcoming performance would have to be rescheduled.

The same day, another touring rock band, Buckcherry, announced that it would have to cancel nine shows after two vaccinated band members contracted COVID-19.

The Foo Fighters are scheduled to perform at Lollapalooza in Chicago next weekend, along with Miley Cyrus, Megan Thee Stallion, Post Malone and many others. In 2019, Lollapalooza drew 400,000 people. This year’s festival will be at full capacity, and concertgoers will need to show proof of COVID vaccination or a negative test obtained within 24 hours.

On Wednesday, Eric Clapton announced that he will not perform at any venue that requires concertgoers to be vaccinated against the coronavirus.

Music venues are part of an industry that has been hit hard by the pandemic. While restaurants could open for takeout and offices could offer remote work, concert venues went dark and business came to a grinding halt.

But many operators still had to pay rent to their landlords, as well as for utilities and insurance, without any income.

In December, Congress passed a $16 billion program to save entertainment venues. But rollout of the Shuttered Venue Operators Grant program has been slow and marked by problems. The program’s application portal didn’t open until the beginning of April, and then it closed because of technical difficulties before reopening at the end of the month.

The Broadberry and The Camel applied and received grants from the program, as did The Tin Pan. But others — including ASM Global, whose Richmond division manages the Altria Theater and the Dominion Energy Center — said they applied but haven’t been approved yet.

“We had more than a 90% revenue loss in 2020 versus 2019,” said The Broadberry’s Fritz. “It will allow us to pay off some of our debts, specifically to our landlord who was very gracious during the pandemic, and get us back to a good starting ground in the post-pandemic live entertainment space.”

The grants are being administered by the U.S. Small Business Administration, but the disbursement has raised some eyebrows.

According to The New York Times, the Broadway musical “Hamilton” received $30 million from the grant program and could qualify for $20 million more. The pandemic shut down the Broadway production, along with four touring productions. Each production was eligible for $10 million to make up for lost revenue.

Despite the bumps, local venues are going full steam ahead and planning a busy fall.

In September, The National is hosting two sold-out shows for hometown hero Lucy Dacus, who will be performing with Julien Baker.

“A lot of bands want to tour as soon as they can,” said Jessica Gordon, who books for The Broadberry, The Camel and Richmond Music Hall, among others.

“The fall is going to be really, really busy with national acts,” Gordon added. “Starting Oct. 1, our calendars are packed almost every night, with some dates having eight to 10 holds on them.”

After decades of planning and fundraising, the Perkinson Center for the Arts and Education in Chesterfield County will be opening. The 20,500-square-foot venue and 350-seat Jimmy Dean Theater is slowly starting to fill its in-person calendar, with acts such as folk duo Bettman & Halpin on July 30; Paulo Franco & the Freightliners on July 31; and Black Violin, a Grammy-nominated hip-hop duo on violin and viola, on Aug. 12.

While pod-seating concerts were a hit with the public, many organizers won’t be reprising them. The Broadberry Entertainment Group has one more such concert with The Wood Brothers on Brown’s Island on Aug. 17, which will include already-sold pods and general admission.

The entertainment group does plan to host more outdoor concerts on Brown’s Island, however. While the shows might not be “pod-seating” concerts, they could offer VIP areas or dedicated places where people can host a group.

“People really liked the pods and having a place that was theirs and where they could put all their stuff,” Gordon said.

Gordon wonders about how fans will react to indoor concerts upon reopening: Will people still want to be pushed up against the stage, or will they prefer more social distancing and spacing?

As for the future of concerts and the live music experience, Gordon said: “I don’t know how the pandemic has changed it, but I’m certain it has.”

While The Broadberry’s Fritz is excited to be opening next week and operating, “the pandemic was terrible,” he said.

“We are not quite out of the woods yet,” Fritz said. “But it has allowed us an opportunity to make new connections with artists and work with new venues. We hope to take that forward to make the music scene even more thriving.”

Country star Reba McEntire expressed gratitude after she had to be rescued from a historic building in Oklahoma after the staircase collapsed.

VMAs 2021: The full list of winners and top pics from the award show

Return of LOCKN', after a year off and a festival revamp, proves to be a soggy musical treat

With the pandemic rolling into 2021, the Nelson County music festival was restructured as LOCKN’ Farm, with mini-fests held over three weekends, beginning on Friday, Aug. 13, and wrapping up on Sunday, Aug. 29.

After a socially-distant show filmed from different locations in New York last year, the 2021 MTV VMAs will air Sunday, live from the Barclays Center in Brooklyn. Here's what to expect.

Though smaller than years past, LOCKN' brings a familiar feeling to Nelson County

“There’s something that standing in a crowd of music, all singing the same songs, looking at your favorite bands ... you can’t get that anywhere else.”

Matt McDonald (left) and Lucas Fritz, who own The Broadberry, stood under the marquee on Thursday. The music venue on West Broad Street will reopen July 30 at full capacity.

The National left a message on its marquee in May 2020, when the pandemic forced shows to be canceled indefinitely. The music venue reopened Thursday with a concert by Japanese Breakfast.

Country music act Big & Rich performed in 2019 at Virginia Credit Union Live!, the outdoor amphitheater at Richmond Raceway. The venue, which seats 6,000 people, will reopen Saturday with a concert by Whiskey Myers.