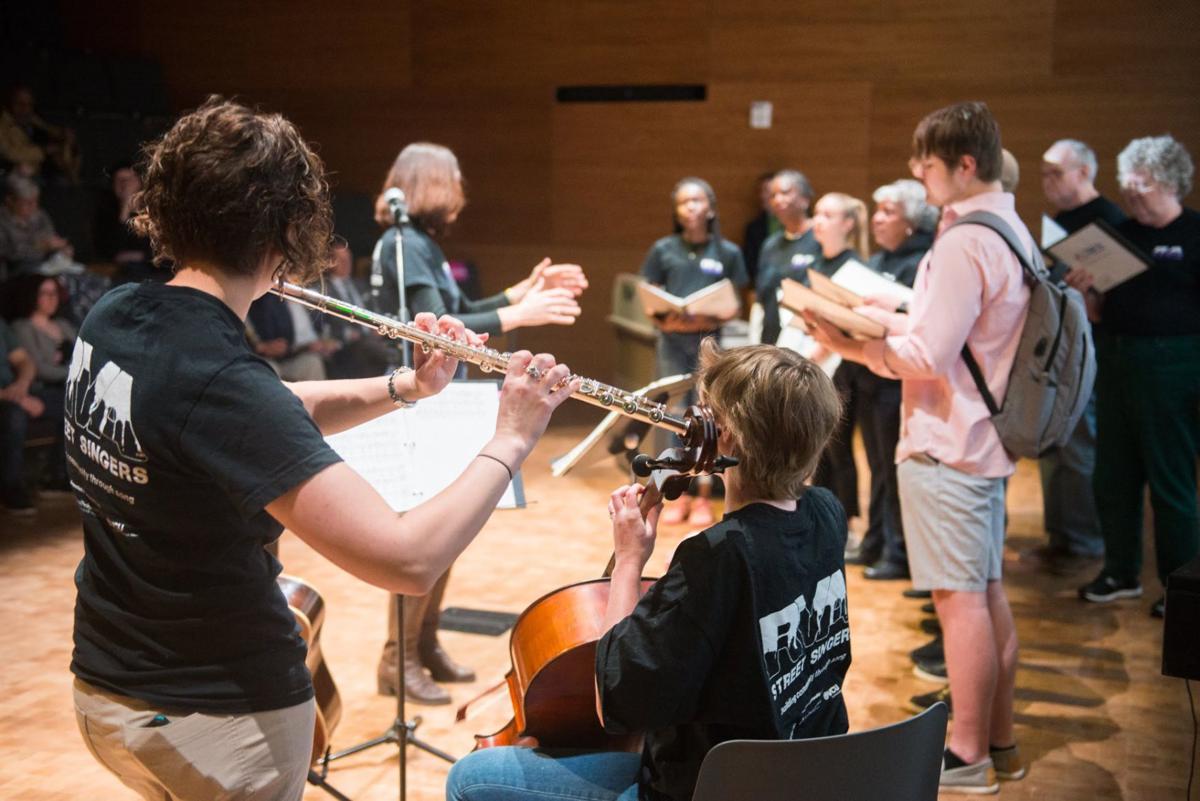 The RVA Street Singers is a choral group that brings together people working through addiction recovery and homelessness, VCU students and faculty, and church members. 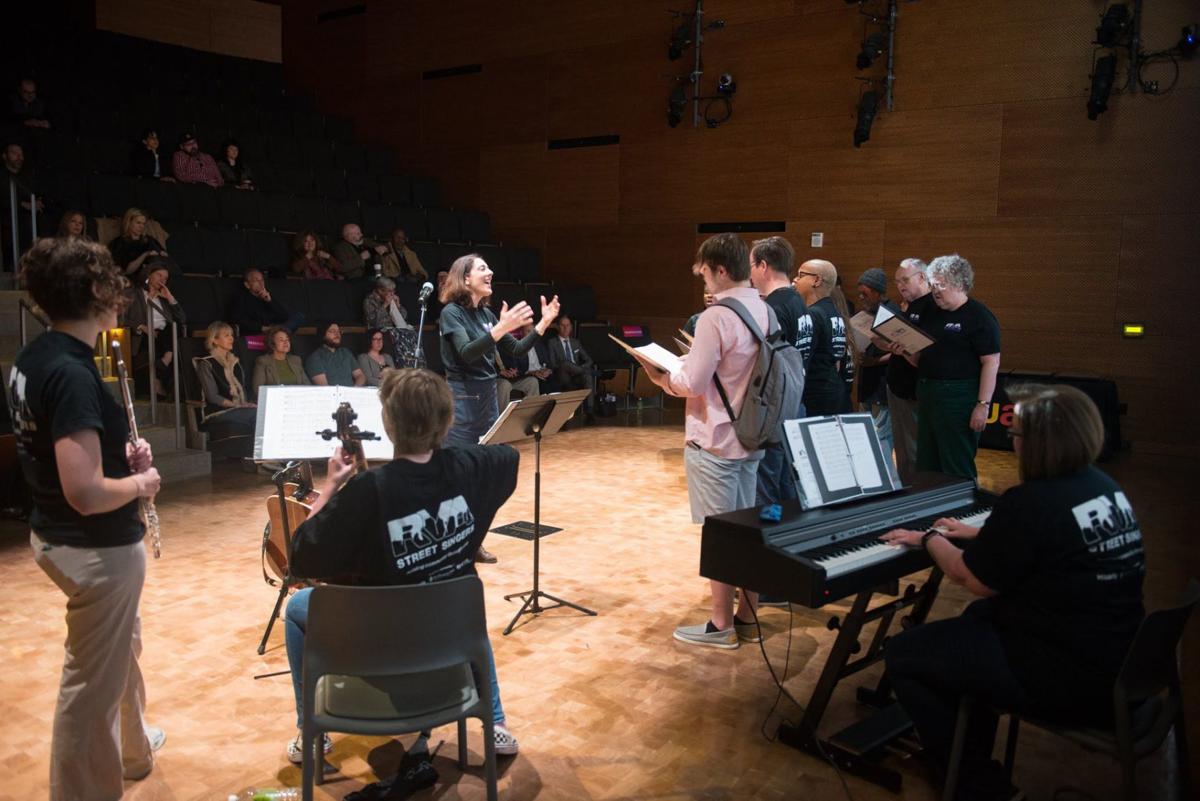 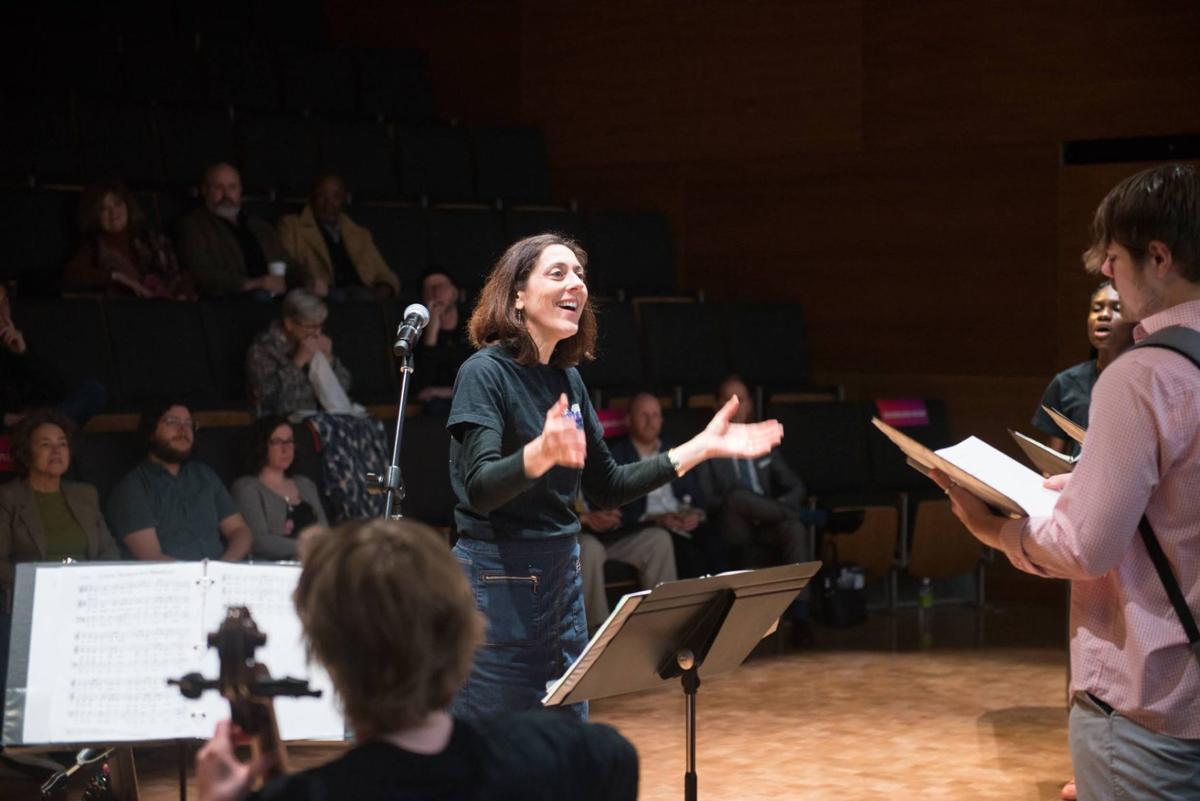 In the quiet sanctuary at Second Presbyterian Church in downtown Richmond earlier this week, Robin Rio wrapped the guitar strap around her, looked around the room and took a breath. She smiled, and began to strum softly as the group before her hummed in unison, the prelude to the song they were about to sing. Moments later their voices filled the vast space with a warmth that had nothing to do with the sunlight streaming through the stained glass window at the front of the room.

These are the RVA Street Singers, a choral group created in 2018 and made up of those working through homelessness and addiction recovery, but also church members and students and faculty from Virginia Commonwealth University. It’s an inclusive group that meets on Monday afternoons, where connections and relationships span social and economic conditions and where everyone has a voice — for singing and otherwise.

The singers have performed at Second Presbyterian, as well as for events at VCU and elsewhere around the community. But they’re about to embark on their biggest performance yet. The group is heading to the Kennedy Center in Washington on Thursday to perform during the center’s REACH Opening, a 16-day arts and music festival that celebrates the center’s new indoor and outdoor performance areas, called REACH.

The festival started Saturday and runs through Sept. 22 and features a variety of free events, including concerts, comedy improv, yoga classes, films and movies and virtual reality experiences.

RVA Street Singers was the brainchild of Becky Tyree, who was an assistant professor of choral music education and choral ensembles at VCU. She died in May 2018 of an injury during a bicycle accident near Bryan Park, but her vision continued on through Rio, a board certified music therapist, adjunct VCU music professor and emeritus professor of music therapy at Arizona State University. Rio is joined by Cameron Carter, assistant director of field education within VCU’s School of Social Work.

Before her death, organizers say, Tyree established the church as the venue to host the choir. It’s been offering weekday lunches to the community for decades, and it was those people who organizers were trying to reach. Further, Tyree was interested in creating an interdisciplinary partnership between VCU’s social services and music departments, Rio and Carter said, one that allowed students to participate in the choir for class credit. Thus, a service-learning course called Music and Social Justice was created.

The dynamics of the group mean that there’s an ebb and flow to who shows up each week, Carter said. Some weeks the choir is full, while other times, only a few core members show up. All are welcome.

Regardless, “the connections in here are pretty amazing,” Carter said. “I don’t even know where people go when they leave here — we don’t ask questions — this is meant to be an inclusive and safe space.”

But for many facing daily struggles of homelessness, addiction and more, the choir “gave them some semblance of structure and consistency,” she continued. “They knew that we would be here [and with] no judgement ... so that shows up in the relationships we build.”

RVA Street Singers receives grant funding through the Allan and Margot Blank Foundation, which provides money to choirs, chamber groups and individual musicians in the Richmond area. The money is used to pay for food during events, bus passes, personal hygiene items, instruments and more.

The group was invited to perform at the Kennedy Center through Rio’s ties to the American Music Therapy Association, for which she most recently led workshops on her research in the field of group musical therapy.

Despite the sometimes shifting numbers, “there’s a core group that is passionate and for the size that we are, we have reached so many people,” Rio said. “At some point I’d like to see this get replicated — there’s enough students, and certainly enough need, and enough churches that do outreach.”

Choir member Angela Thompson proudly explained that she’s been part of the singing group since its start, having seen information about it while coming to the church for lunch. Thompson admits that she initially joined for the incentives, like free bus passes. But the group has become her family, she said, and the church a place where her heart feels at ease, no matter what she’s dealing with before she arrives or after she leaves.

“It’s a chance to be your best self,” she said Monday after the group’s regular choir practice. She called the choir her “spiritual family.”

“It gives me joy — in this choir, in this room, we’re all harmonizing together,” she said. “It lifts my spirits from what’s on the outside [and] I know once I come in across the doorstep, it’s serenity and peace.”

The RVA Street Singers is a choral group that brings together people working through addiction recovery and homelessness, VCU students and faculty, and church members.