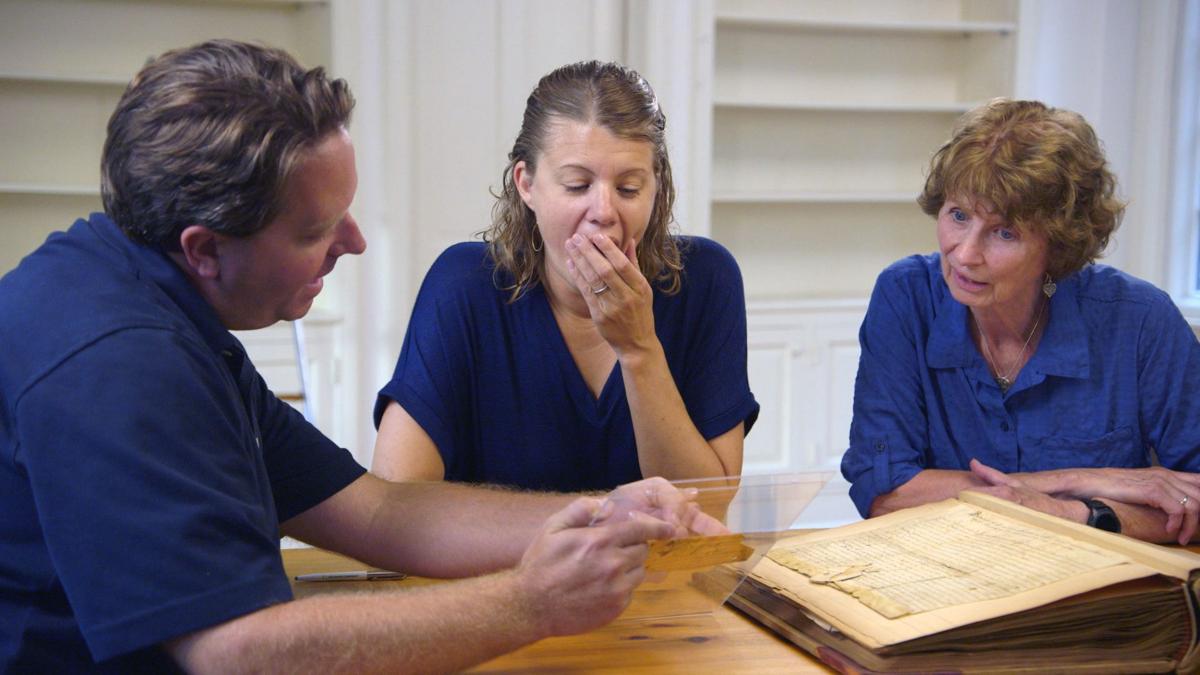 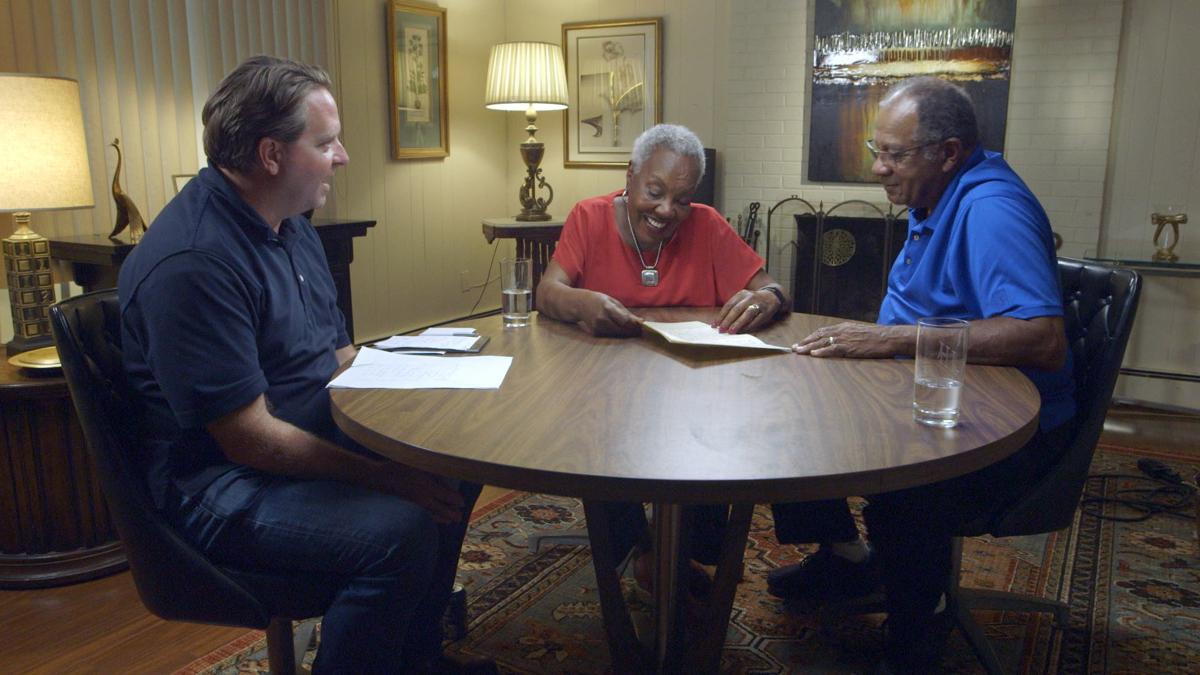 Matt Paxton sits down with Lillian and John Lambert of Mechanicsville on “Legacy List with Matt Paxton.” 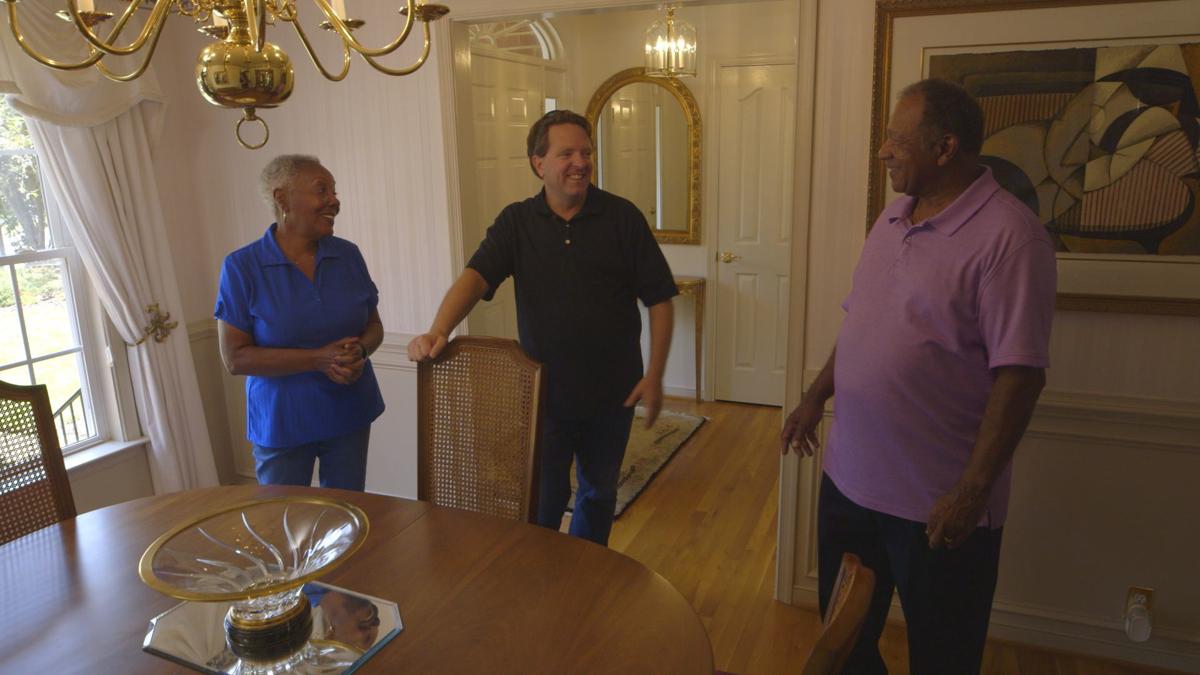 Matt Paxton meets with Lillian and John Lambert of Mechanicsville on “Legacy List with Matt Paxton.”

Richmonder Matt Paxton, who appeared as a cleaning expert on the A&E show “Hoarders,” said he has been trying to make a show like “Legacy List” for years.

“I was on ‘Hoarders’ for 10 years. It was such a depressing show. ‘Hoarders’ was about gross stuff. But that happened in the editing. We actually found treasures [in the houses],” Paxton said. “In my line of work, what I heard most was: ‘My mom’s not a hoarder; she’s just been in this house for 50 years.’”

Paxton’s expertise isn’t in hoarding, even if that’s the subject of the show that made him semi-famous. It’s in stuff: in downsizing and settling estates.

He has been cleaning estates and homes for almost 20 years. He got his start after his father, stepfather and both grandfathers died in the same year, leaving him with several estates to settle.

He knew this was a problem most people will encounter sooner or later. As millions of baby boomers downsize their own homes or settle the estates of family members, they will have to figure out: What to do with all the stuff?

That’s what “Legacy List with Matt Paxton,” a new show set to premiere on VPM PBS, is all about — the four or five items you would take with you if your house were burning down.

Paxton and his team traveled up and down the East Coast, meeting with families and helping them figure out their own lists.

“Sometimes it’s a medal or a ring, or even just a picture,” Paxton said. “These items are not always financially valuable, but they may be emotionally valuable.

“I’ve worked with a lot of families [settling estates], and it’s never about who gets the dining room table or the piano. It’s always the random little token that the grandkids really care about. It’s about the story.”

It’s about the 44-star American flag found in the attic. The ancient abacus. The centuries-old, handwritten letter passed down from generation to generation. It’s the stories behind the stuff that Paxton fell in love with.

Paxton said he pitched the show to several television channels but was rejected.

“They said, ‘Nobody wants to see old people on TV.’ But that’s not true. I had given up on the show when a buddy asked: ‘Why don’t you talk to VPM?’

“After meeting with them for one minute, I was like, ‘Oh, this is the home. This is where you can tell the real stories.’”

Paxton was born and raised in Bon Air, where he still lives today, 10 houses down from the house he grew up in, with his own family and three boys. When he was growing up, he landed his first job at the Buford Road Pharmacy, where he would deliver medicine to the “little old ladies in the neighborhood.”

“If they asked you to come in for coffee, you would go in. And they would tell awesome stories. Here I am, 44 years old, doing the same thing,” Paxton said.

Viewers can get a sneak peek at “Legacy List” this Saturday at the Byrd Theatre.

The episode will feature Mechanicsville couple John and Lillian Lambert, who reached out to Paxton and his team of experts for help with downsizing to a smaller home.

Lambert was the first African American woman to graduate from Harvard Business School. Paxton and his team found items in her home that shed an interesting light on her genealogy.

“We found an old water pump she took from her family home in Powhatan. Her dad was one of the first independent tobacco farmers out of Powhatan. He had 13 acres. It really set the tone for the woman she is today. Her dad was a landowner when African American men didn’t own land,” Paxton said.

This season of “Legacy List,” which starts Jan. 20 on VPM PBS, features six episodes. Produced by VPM, the show will air on many PBS stations nationwide.

“It was really important to me to make a positive show,” Paxton said. “There’s not a lot of positivity these days.”

“Downsizing itself is a really challenging thing. A third of the country is getting ready to go through it,” he added. “Families used to fight over who gets the china. Now they fight over who has to take it. Nobody wants the china anywhere. It’s the stories that matter.”

“We spend 50 years buying crap, and at the end of the day we don’t really need it,” he said. “This show celebrates the things that matter and ends on a really positive note.”

The preview will be followed by a Q&A with Matt Paxton and his team. The show will premiere on VPM PBS (formerly WCVE) at 9 p.m. on Jan. 20. For more, go to www.mylegacylist.com.

A person doesn’t become a hoarder overnight. “It takes time to be a really good hoarder,” said Matt Paxton, author of “The Secret Lives of Hoarders,” who was the lunch speaker Monday at the Governor’s Conference on Aging.

Legacy Navigator, a Henrico County-based firm that assists seniors and their families with estate disposition, has bought a Pennsylvania-based…

Matt Paxton sits down with Lillian and John Lambert of Mechanicsville on “Legacy List with Matt Paxton.”

Matt Paxton meets with Lillian and John Lambert of Mechanicsville on “Legacy List with Matt Paxton.”